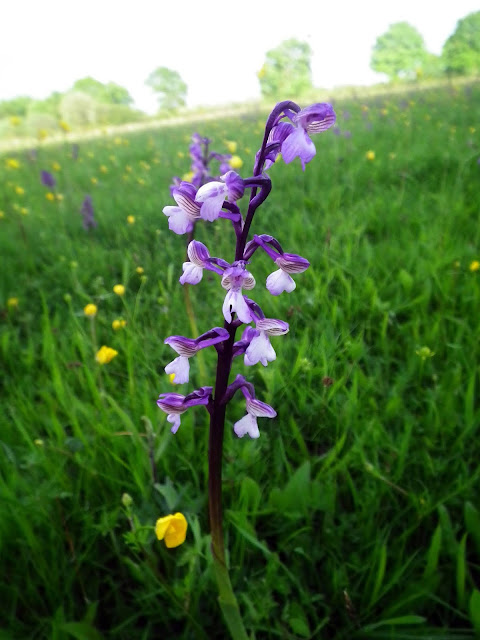 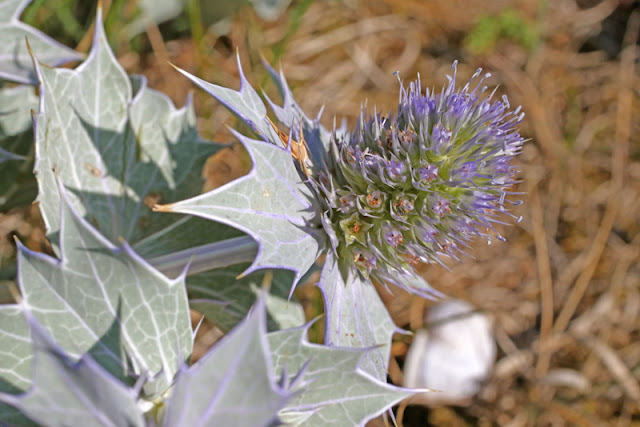 This venue on the east coast of Kent is at its best in early Summer, with several very rare plant species to be found there, along with the largest Lizard Orchid colony in the UK. However, it was now mid July with Summer well and truly arrived with the earlier species mentioned all now died off, so it would be interesting to see what I might find. I hoped to find Yellow Bartsia, having failed to find it at several other Kent sites this year. Records showed it present here in the past.  As I set off, I noticed that the  Sea Holly was now in flower. It is common here and present all along the shingle where it starts to join with some topsoil. Eryngium maritimum Large stands of the yellow flowered Wild Fennel brightened up the upper beach and road areas. The first photo below shows its fine feathery leaves which seperates it from Wild Parsnip which has very similar (and same coloured) flowers. Of course, in case you forget you can crush a leaf of either plant and it will either smell of
Post a Comment
Read more 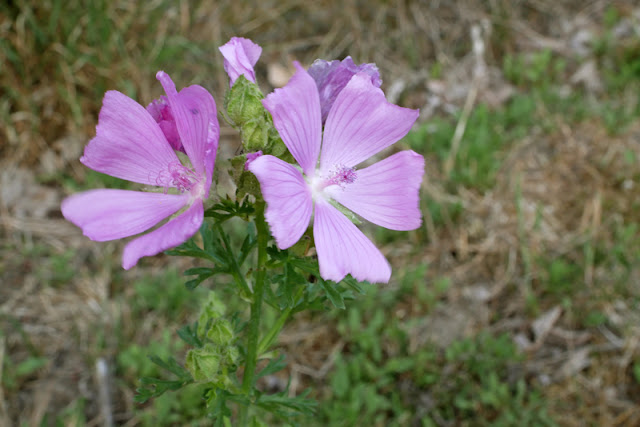 Eyhorne Green west isn't a place as such, but that's the name of TQ8254 on the BSBI database. To me it's the A20 flyover by the M20 Leeds Castle intersection. This intersection has now long been built but I guess it would qualify as a brownfield site comprising of artifical banks made for that road junction. The soil is very sandy and the only reason I went there was to see Orobanche rapum-genistae or Greater Broomrape at its only Kent location. I found plenty of interesting wildflowers but I found no Greater Broomrapes at all. Very disappointing. It was likely that any spikes found would have gone over but there weren't even any of those. Perhaps it was the extended Spring drought we had this year, though why that should affect them I don't know. They attach themselves to Gorse and Broom and steal water and nutrients from them and they were present aplenty and in good health too. I hope they come up next year and aren't lost to Kent. Below are some of the othe
Post a Comment
Read more
More posts