Taraxacum, Section Erythrosperma in Kent - April to May 2020 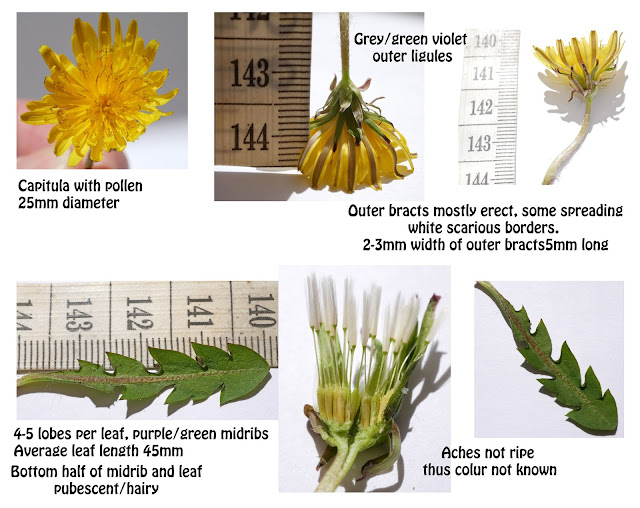 When I started out in botany, I thought there big and small Dandelions, but that was it, they were just Dandelions. Several years on and I now know there are over 240 micro species, which are very difficult to identify. They clone themselves year on year so do not hybridise with other species. As a result, these seperate species have been placed into different sections. The vast majority of species are in Section Ruderalia and are mostly alien and thus not considered rare. After the easing of the 2020 lockdown, my partner and I took a walk near Sevenoaks and found an unusual looking Dandelion. I took a specimen and sent it off for an ID and it came back as Taraxacum gelertii , a Section Celtica plant rarely found in Kent. So that fired me up to have a look for them properly in 2021.    The Dandelion year only lasts from April to early May as plants change the shape of their leaves and mis-identifications can occur. As such, I started looking in early April. I initially found a Section
2 comments
Read more 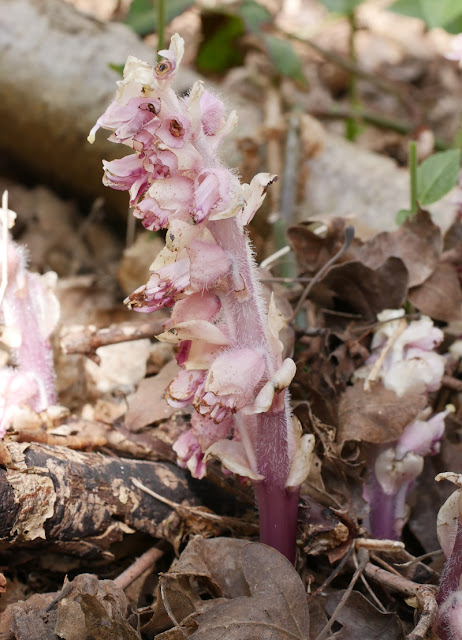 Well it's been a long time since I wrote a blog. With the Winter carrying on well into Spring combined with a second consecutive year of Spring drought, the wildflowers weren't doing so well, again! Here's a selection of the more interesting plants I photographed this month from assorted venues.   One of my favourite Springtime wildflowers is Toothwort, which looks like a sickly pink mini triffid sprouting out of the base of (usually) Hazel trees. I often miss these little luvvies, but I managed to see some at Ranscombe Farm near Cuxton in April. Sure enough they were parasitising Hazel trees. They're too small to harm the tree, though if you get a huge swarm of them, the tree will be somewhat stunted and may not fruit. Lathraea squamaria The plant below doesn't look like much and it won't be in flower fully until mid-May providing no one picks it or tramples it or steals it. It's a Lady Orchid, a Kent speciality. This plant was all on its own so is vulnera
4 comments
Read more 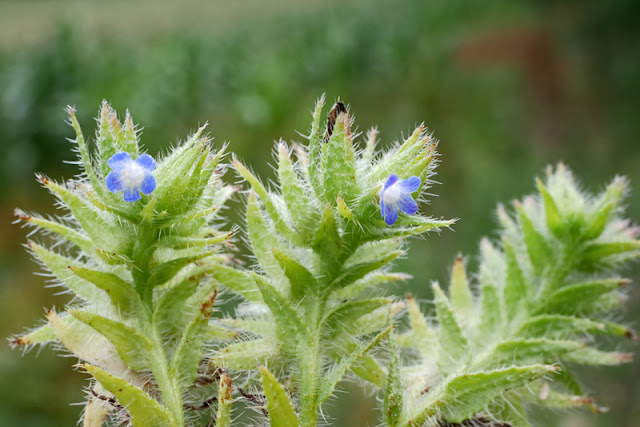 As the year progressed, I took fewer photographs as, due to ill health, I am finding it difficult to get down low to do so and very difficult to get back up again. As such, only rare or unusual plants got their photos taken. Here is a small selection from those late season trips and this blog concludes my botainical adventures from 2020. I will use my blogs in later years to revisit the best bits of 2020, I'll try and forget everything else about it..... From Farninhgam Woods Bugloss - Anchusa arvensis The last flowering Deptford Pink - Dianthus armeria - a Kent RPR species Here's the Dianthus habitat in the photo below. It shows the area becoming very overgrown with Sweet Chestnut, Oak and other common shrubs such as Dog Rose all crowding out Dianthus . This is of concern as Dianthus requires some disturbed ground for seed to germinate and trees from the adjoining woodland were in danger of swamping it. As such, I contacted Natural England and sent them this photo highlight
Post a Comment
Read more
More posts