- December 03, 2017
After my blog detailing how I came into botany, I now return to normal with a blog on a visit to the area of Chapel Hill near Tenterden. It's so called as there is a large solitary hill in the area which  has an old graveyard on its summit,  now disused.

The area is pretty much the usual arable sprayed desert, though there was a field growing Sunflowers which made a nice change,along with a stream (locally called a dyke) running through the monad and some sheep grazed areas as well, so a reasonably diverse range of habitats to see. 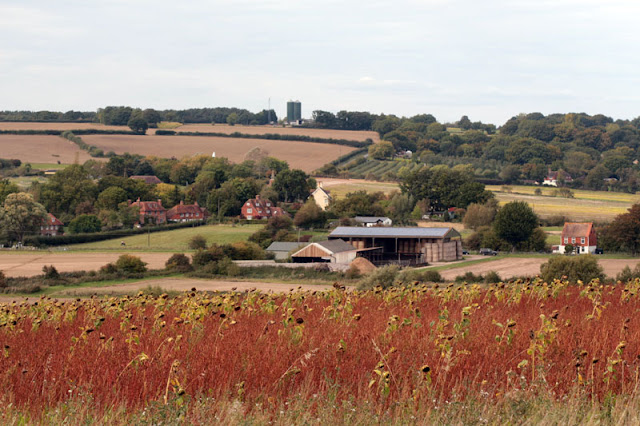 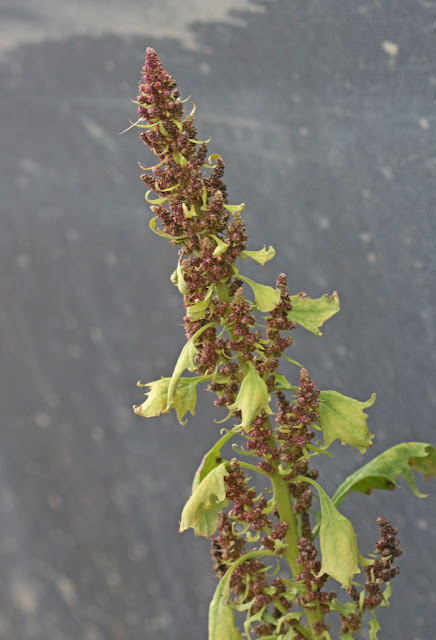 Near some farm buildings was a fine stand of Fig-leaved Goosefoot. These can be a confusing group of plants, so leaves and preferably seeds are essential to determining its identity. 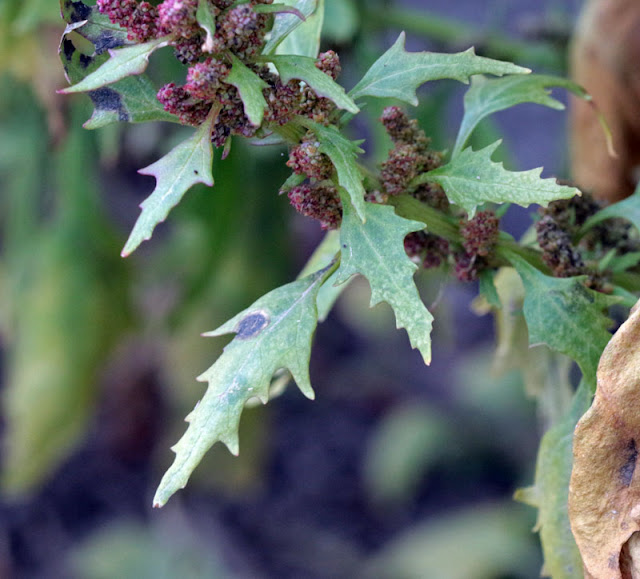 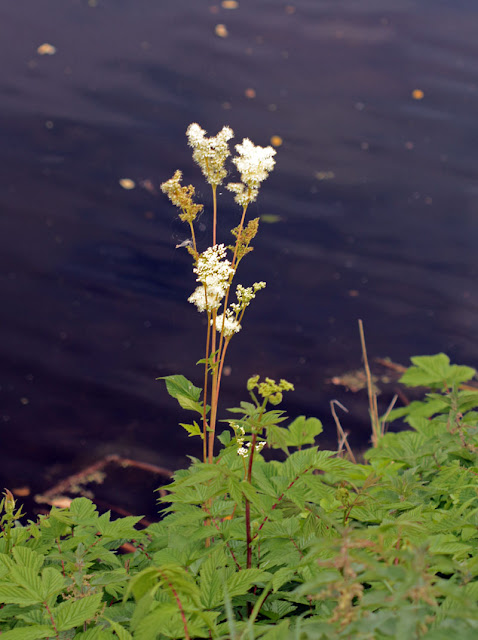 On the banks of the dyke was a solitary Meadowsweet in flower. 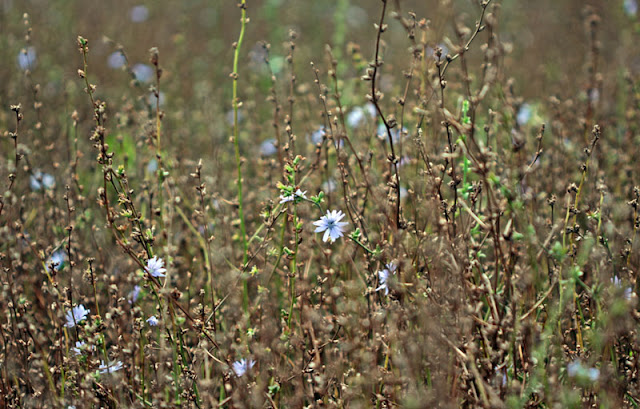 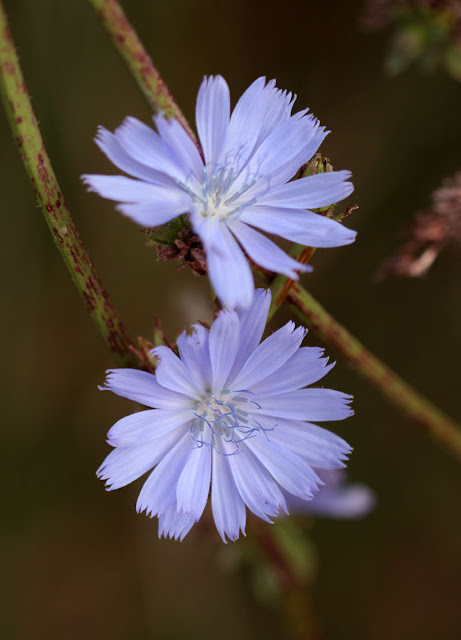 In one area was a large stand of Chicory, a Kent RPR species. However, I think these may have been planted as there was a suspiciously large amount of plants in a small area.

Whatever its origins, it is a beautiful flower. 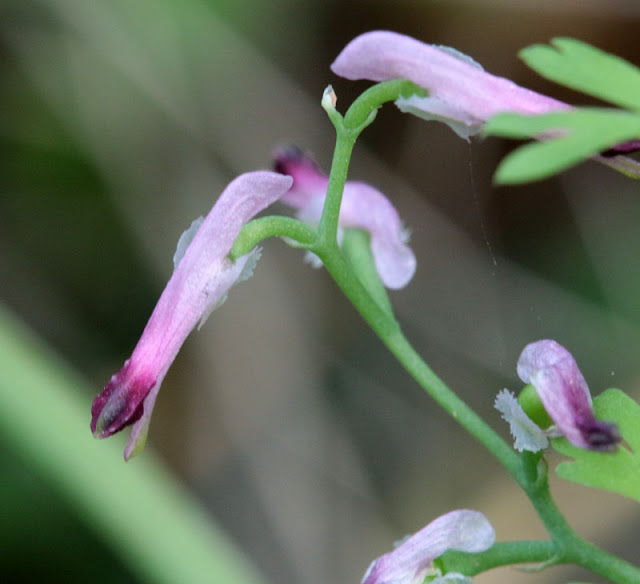 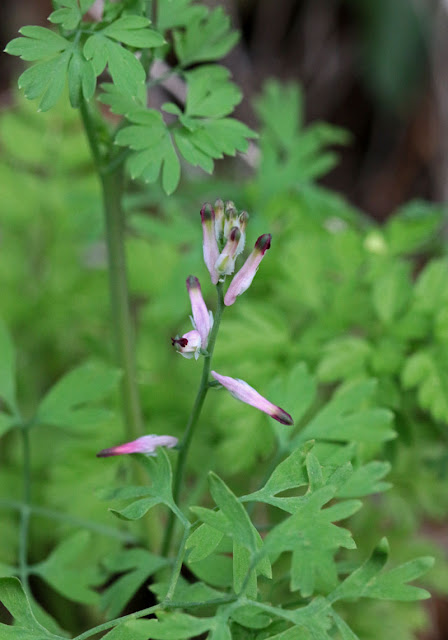 This is Dense-flowered Fumitory, fairly common in Kent. In fact in Longfield this year, I found a huge colony of probably over a million flowering plants stretching over a kilometre.

This was growing on a road verge in heavy shade and isn't typical of this plant, which as the name suggests, usually has a dense flowering spike.


The key to identifying fumitories is to take measurements and photos of the sepals and fruits if available. Buy the BSBI guide to Fumitories and it all becomes clear. Without such a guide, they all look the same! 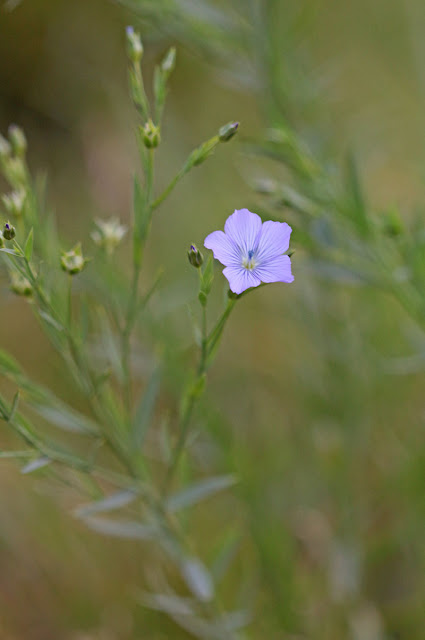 Near the sheep was an electric fence and shielded by this was a small area of rough grass. Within this grew this clump of Flax, though which type of flax I am unsure. It is probably Common Flax, though I cannot be sure from this photo.

It was quite windy, so I'm surprised I got any decent photos today. 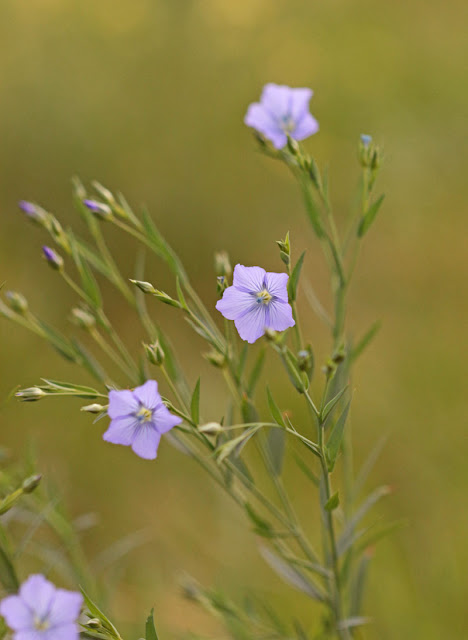 
Another nice find was this Smooth Tare. It has very small slender paired leflets which have tendrils grabbing onto nearby vegetation to support itself. A similar species is Hairy Tare which has more pairs of leaflets and small white flowers 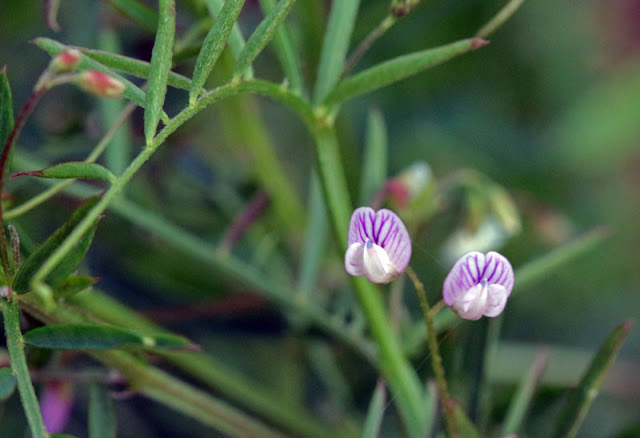 However, my star find of this trip was undoubtedly a small patch of Marsh Mallow, a Kent RPR species which I have only seen on the Romney Marsh or in East Sussex.  It was just off the farm track near the dyke and had been recently cut, no doubt forcing it to regrow rapidly and put out a late flower. 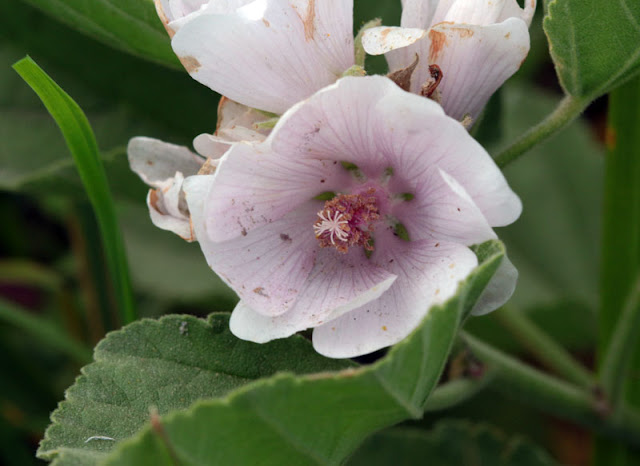 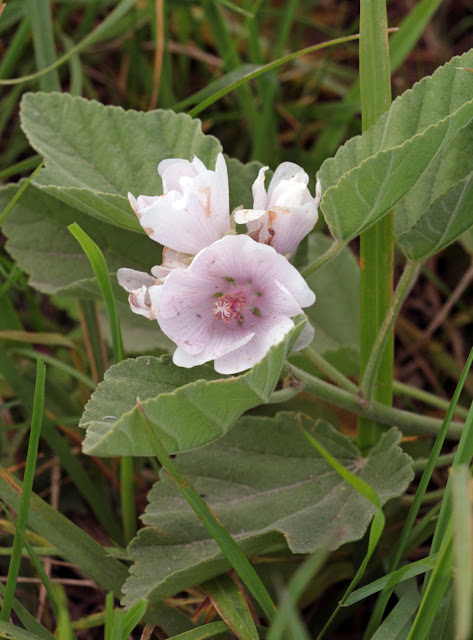 It just goes to show that a botanical surprise can come at any time. The leaves easily distinguish this from other Mallows, the closest looking being Musk Mallow.