- April 30, 2018
This was really a day out to Battle Abbey with the grand children but I managed to find a few plants of interest as we drove around the area, though this will be a short blog.

First find was a Cut-Leaved Dead Nettle, much harder to find than the usual Red Dead-Nettle.

It's leaves are heavily serrated with big teeth and once you see one, you won't mistake a normal Red Dead-Nettle for this again. 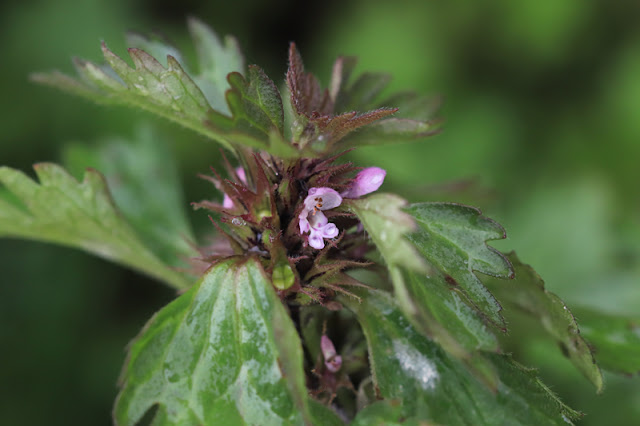 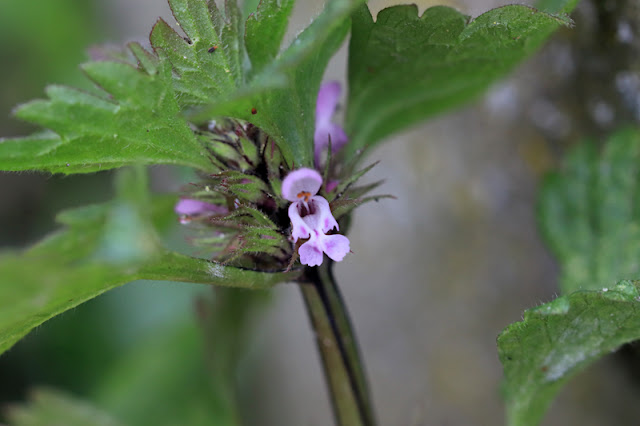 I found it by a concrete block at the River Rother flood barrier which stops the tide from going further inland, just north of Rye. Here's a habitat photo. 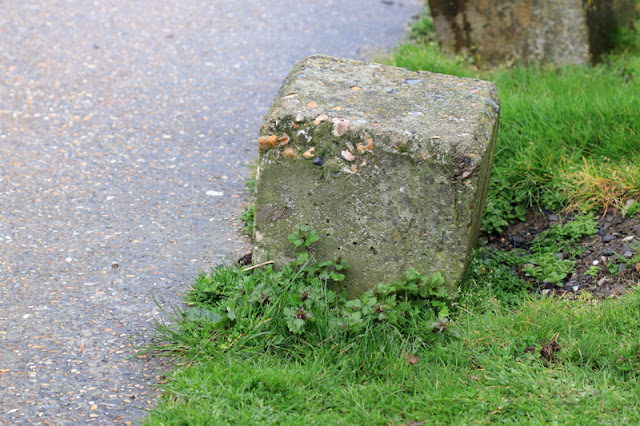 All the following plants were found on Hastings sea front at the far Eastern end by the cliffs and boatyard. Those who know Hastings will know the area just from this view. 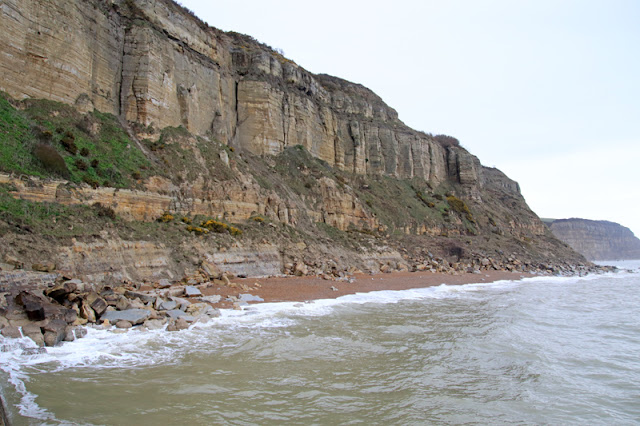 Thrift always grows on the soil at the base of the cliffs, though at this time, it wasn't quite in flower yet. 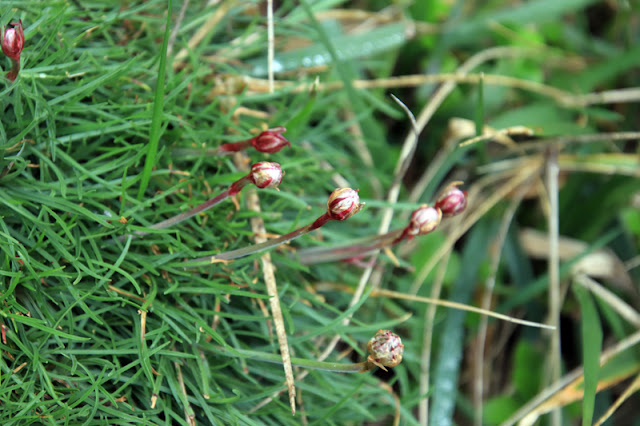 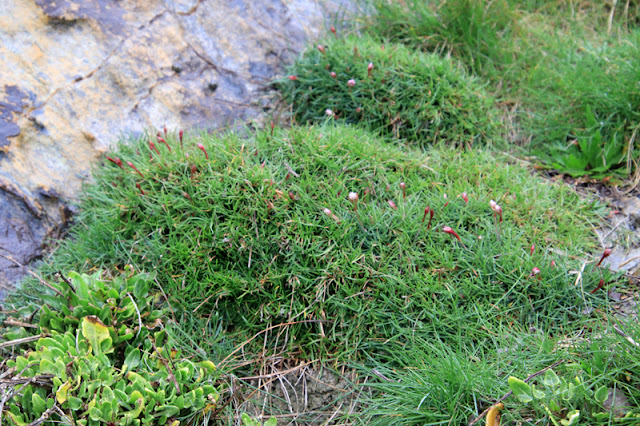 Above the public toilets, Wallflowers decorated the cliffs. Obviously I couldn't get close to these, so used a telephoto lens. 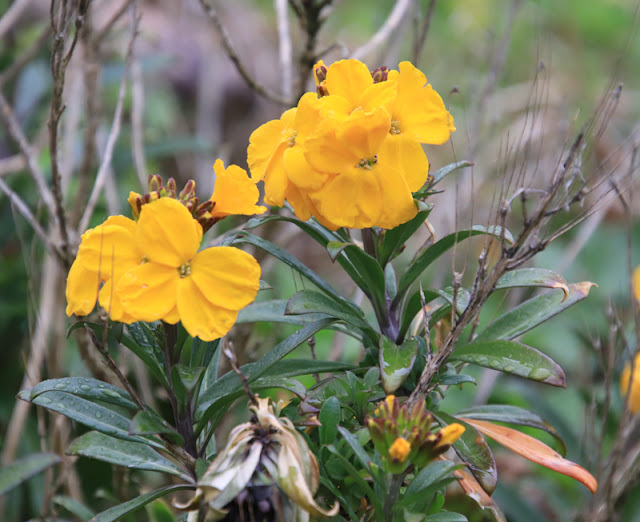 There was a patch of this orange coloured form as well. 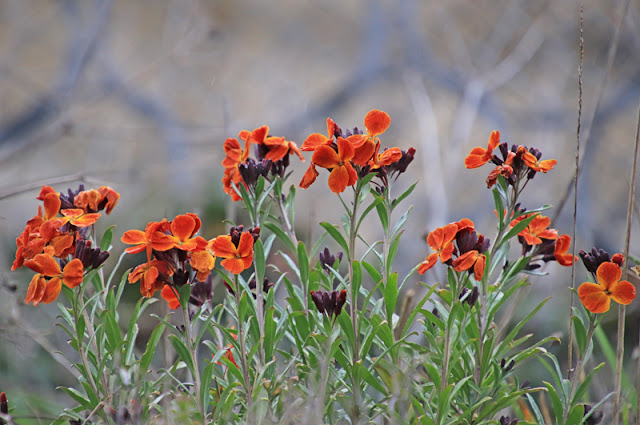 The sea itself is always worthy of some photos. 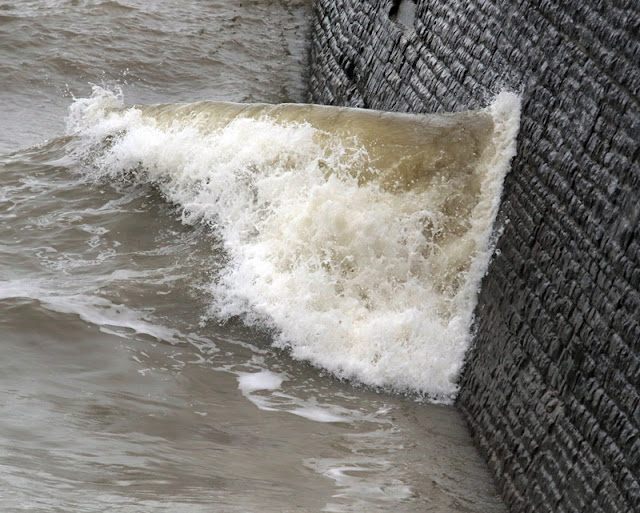 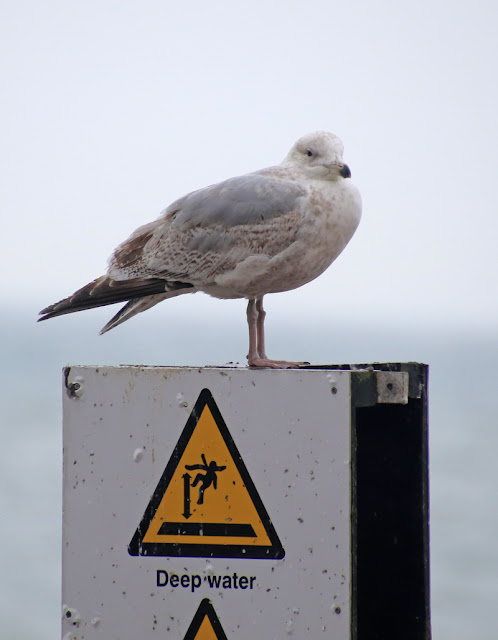 Anyone who eats their fish and chips on the beach has to keep an eye out for these chip thieves! 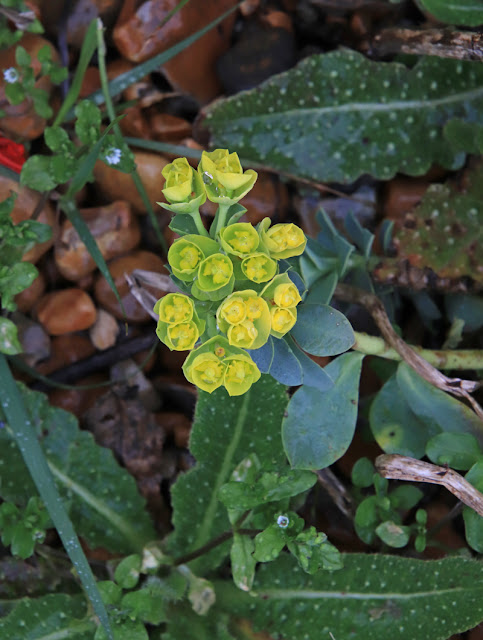 The final plant was the highlight of the day and it's not even a native plant.

I'd not seen one before so didn't know what it was.

It's quite obviously a Euphorbia, but the weird pointed leaves had me flummoxed. 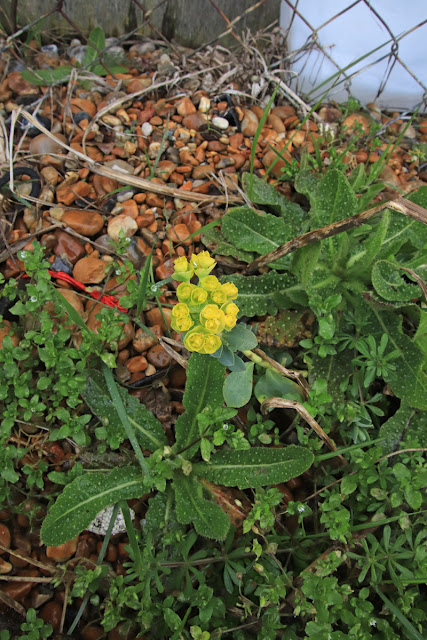 Here's a mini habitat photo where it was growing on the shingle on the fence line of the boat yard. 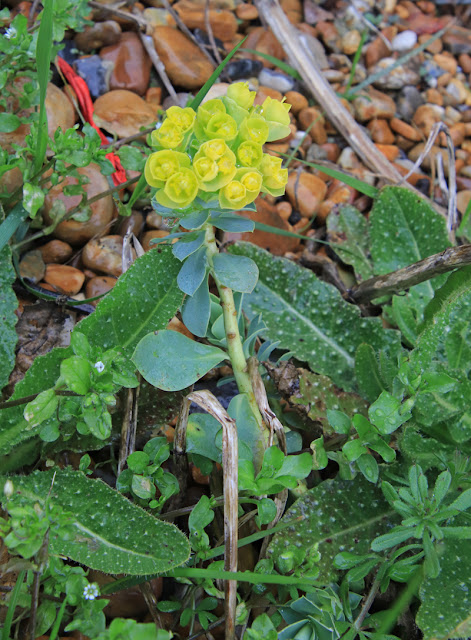 This photo shows the leaves well, very glaucous (smooth and green/blue in colour).

Once home out came the books and I found it to beGlaucous or Myrtle Spurge. This apparently is a new botanical record for this monad, though it has been found in other Sussex seaside locations. As such, I expect it to become common place on those beaches within say ten years. 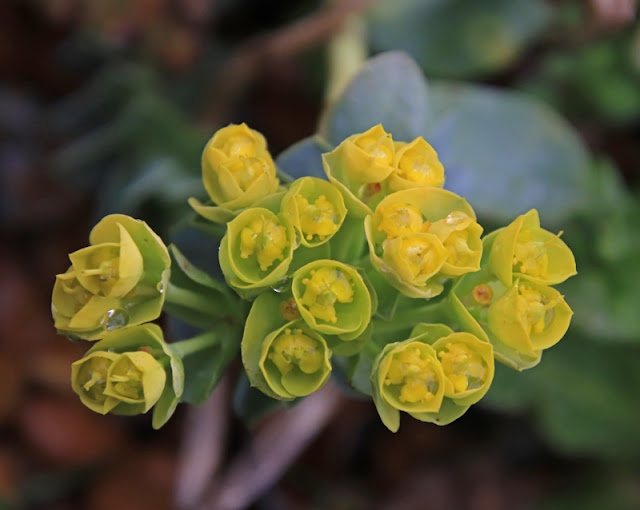 It's apparently native to southeastern Europe and Asia Minor, from Italy east through the Balkans to the Crimea and Turkey. It does not tolerate wet soil or prolonged drought, so I guess coastal shingle is perfect for it. Unfortunately, in some countries, such as the USA it has become rampant in the wild and declared an invasive alien. 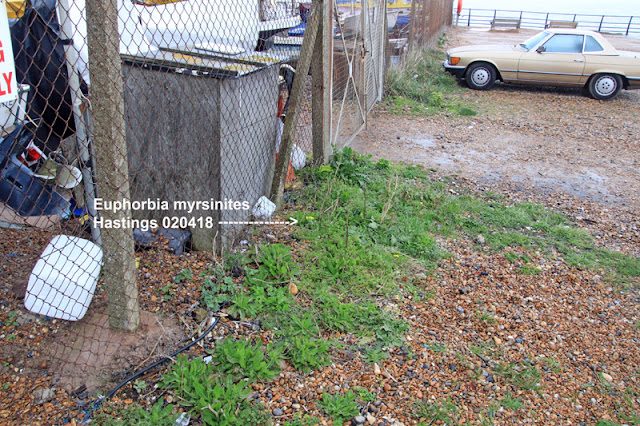 That's about it, hope you enjoyed this short blog.