- June 06, 2020
Unfortunately I have to keep this venue secret as it's mainly about Lesser Butterfly Orchids and they are now gone from all of West Kent except this one venue. So, to protect them from theft or inadvertent trampling, I will keep this blog generalised in regards to location.

All of this was unbeknown to me as I headed out for a relatively local walk in the west Kent downland. I didn't even know Lesser Butterfly Orchids were even found in West Kent so I hardly expected to find any. In fact the purpose of choosing this venue to explore was some 10 years old records for Fly and Man Orchids and some older records for Birds Nest Orchids, so I hoped to re-find some of these. 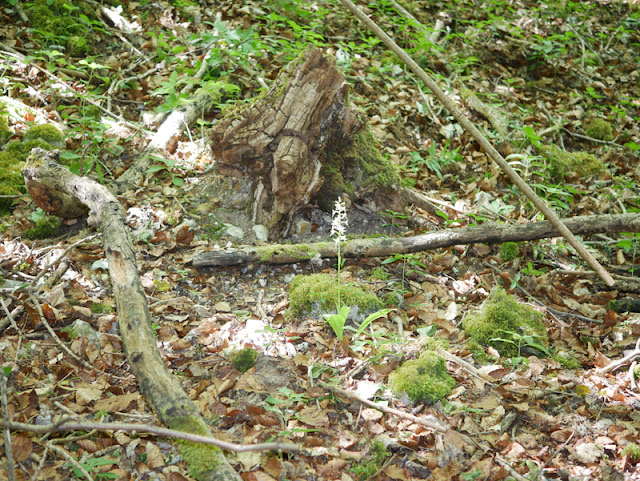 It was a long walk uphill from the car to this wood, but I eventually got there. It was a hot day too, around 25 degrees and the walk made me perspire. As I walked along a narrow overgrown path I spotted something down a slope. From a distance it looked a bit like a Star of Bethlehem or perhaps an Allium, but I stopped and looked for a while (my eyes aren't as good as the camera's) and I pondered as to whether to go down a steep slope for a look as I would have to clamber back up again and I was already tired! 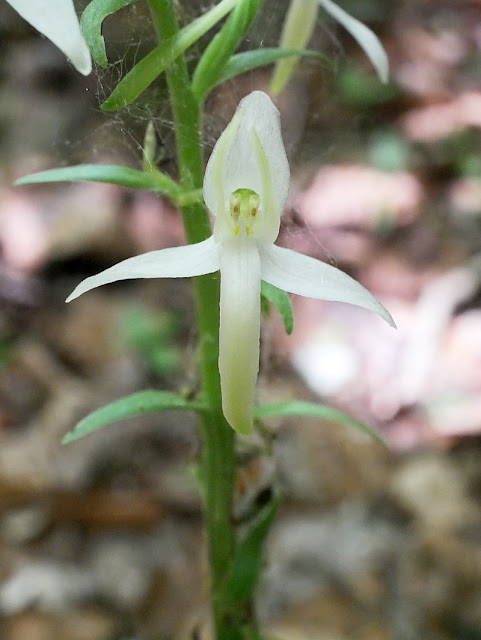 I got down low to it, being careful that there weren't any other plants I might trample in doing so and was amazed to find the pollinia were parallel, thus showing this to be a Lesser Butterfly Orchid. 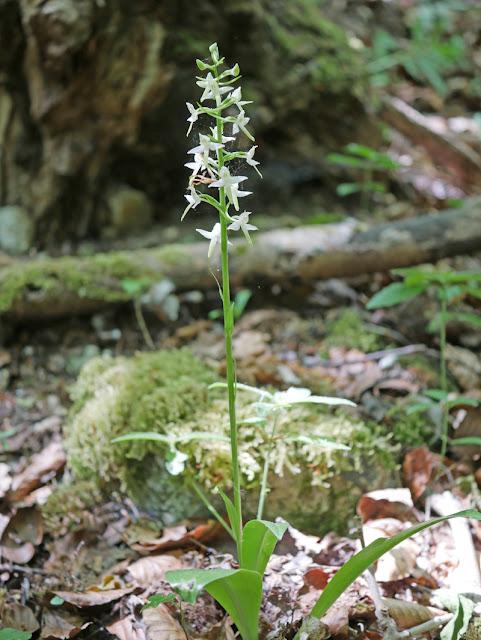 Here's a photo of the whole plant. 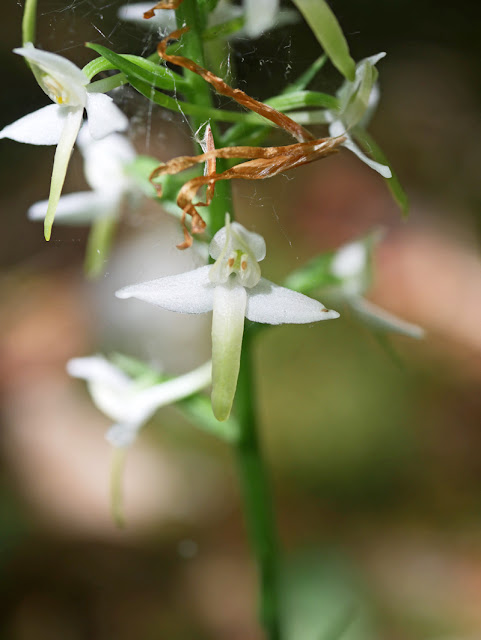 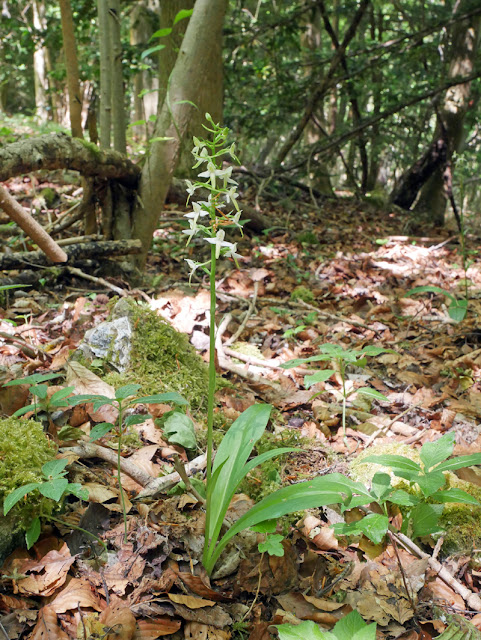 I then found more plants as my eyes adjusted to the gloom. These are normally found under Beechwoods, but here, on the steep scarp slope of this hill, Yew dominated. This evergreen tree cuts out a large percentage of sunlight, meaning that even in sunny conditions like this day, it was dull and gloomy underneath the foliage. 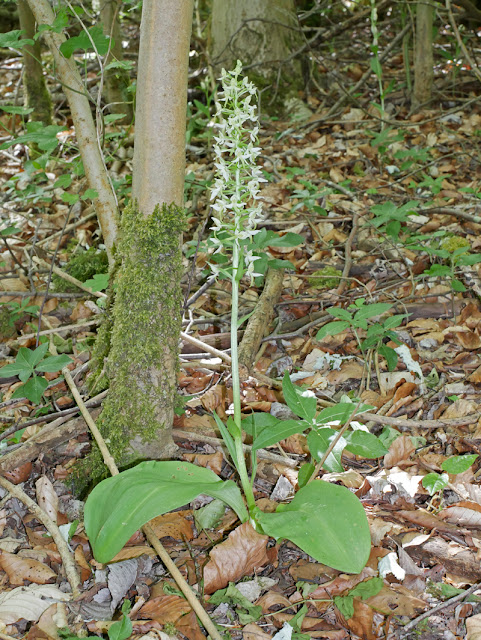 Look at the size of this plant with over 30 open flowers and massive basal leaves (caused by the gloomy conditions no doubt). 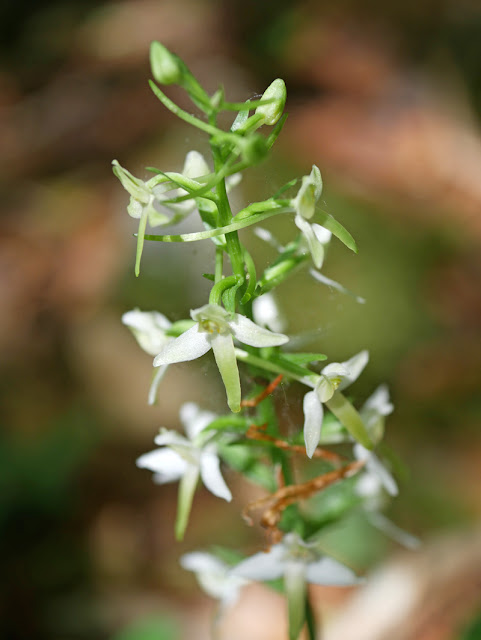 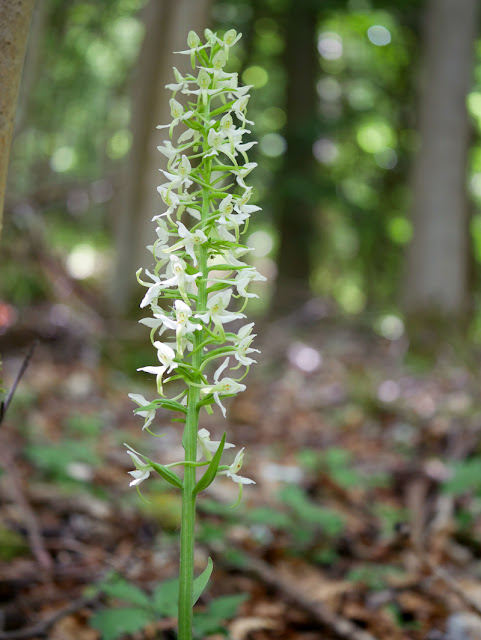 I later found out that only 3 plants had previously been seen in this wood and this was at the other end of it almost a kilometre away, so it was a significant discovery nonetheless. 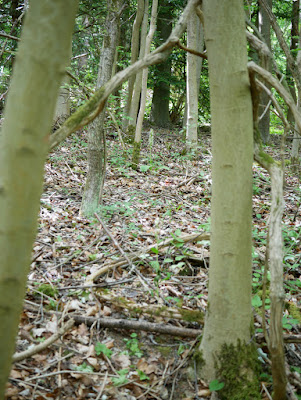 A couple more habitat photos showing how dark it was there and as a result how little vegetative competition there was for the orchids. It seems they don't like much competition.

Much of the rest of the wood was a mess of unmanaged brambles or carpets of Dog Mercury and Ivy. Under the Yew trees was about the only area free of vegeation in the whole wood. 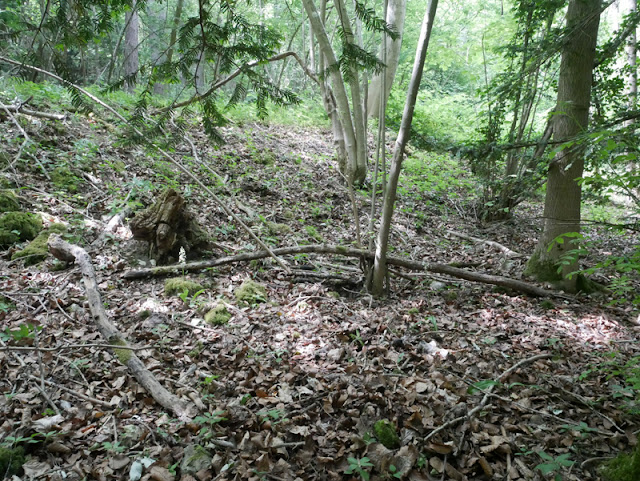 I added extra records for such as White Helleborine and this Man Orchid, another giant in the heavy shade.

It was so dark here I had to use a flash. 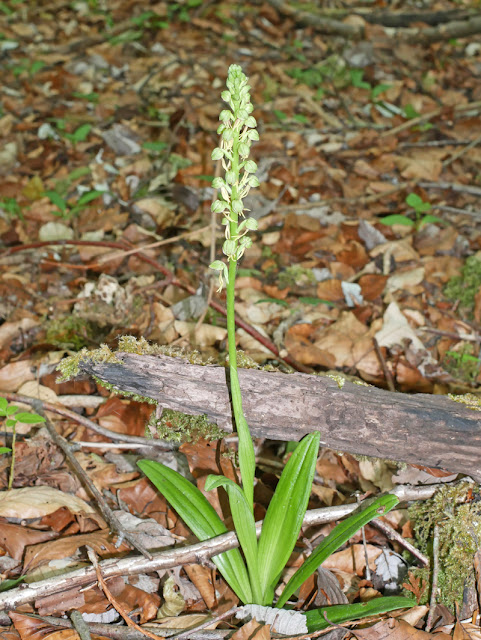 On the way up/down the hill to this wood, I photographed some other plants too. Here's a few of them. 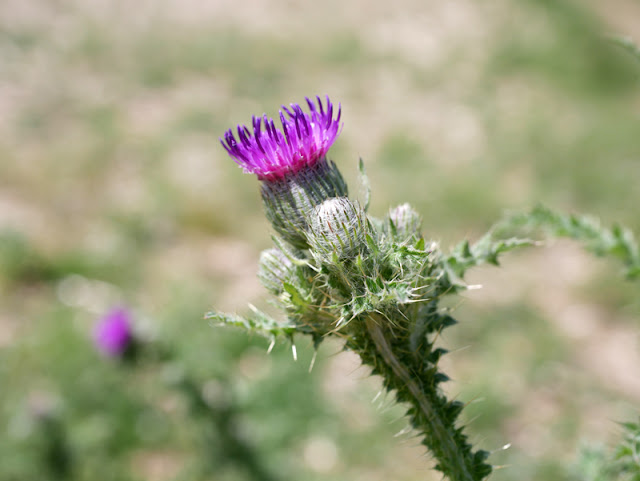 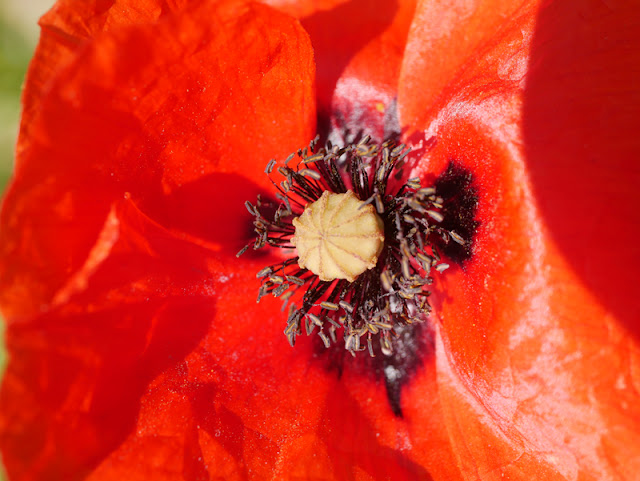 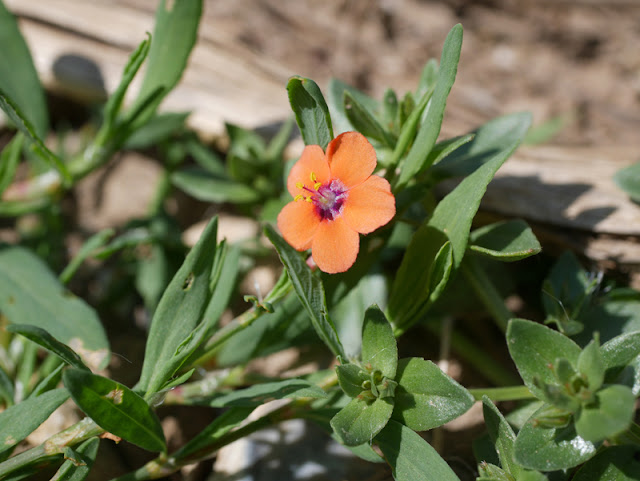 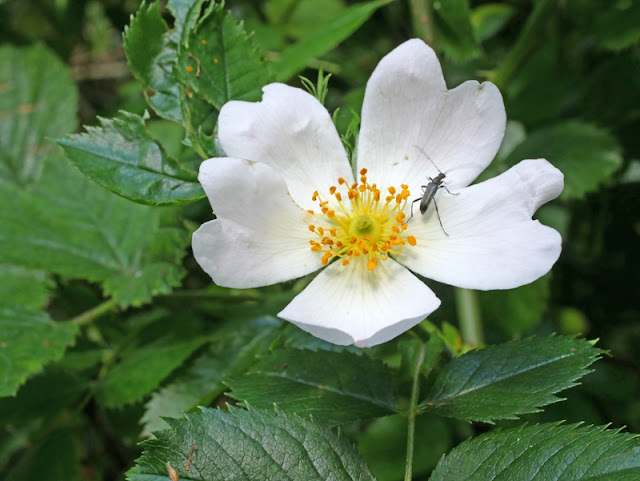 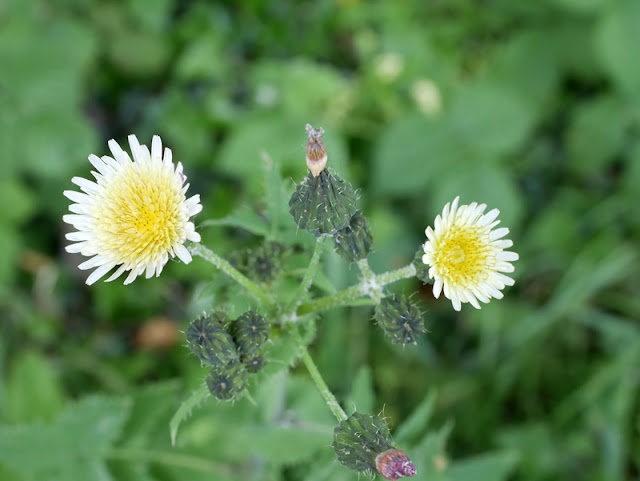 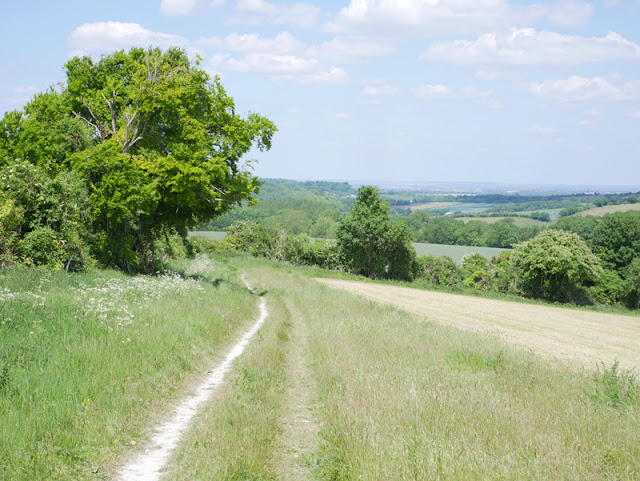 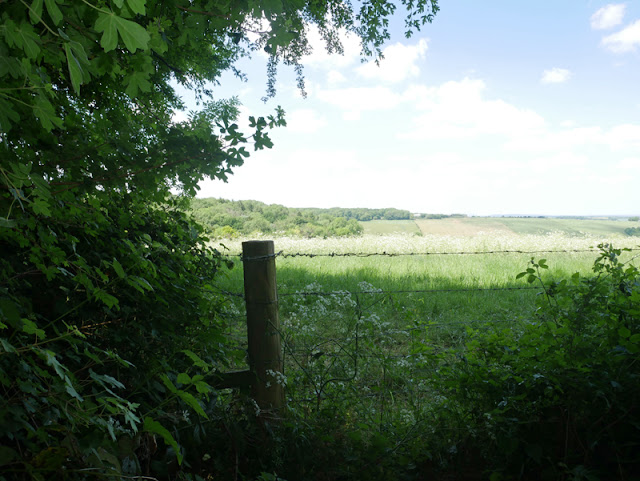 An amazing day, though I completely failed to re-find the old records preciously mentioned at the start of this blog, but this was more than made up for by the Lesser Butterflies and I revelled in their splendour for quite some time before leaving for home.
POSTSCRIPT
On 31st May 2020 my partner and I took a long walk near Meopham (pronounced Meppum) in Kent and came across  few Greater Butterfly Orchids in flower. I thought I would add the photos here so you can compare them to the Lesser Butterfly Orchids shown above.
Platanthera chlorantha 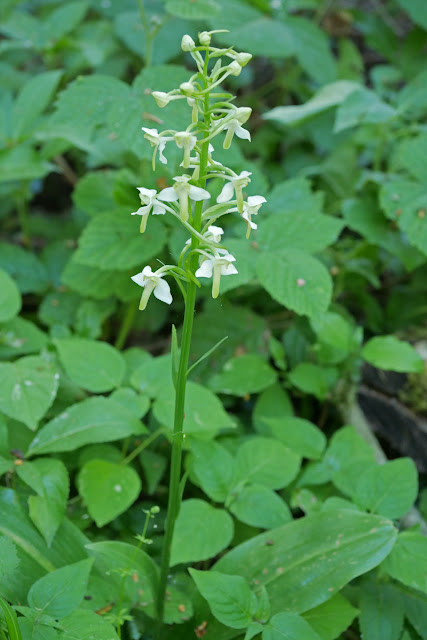 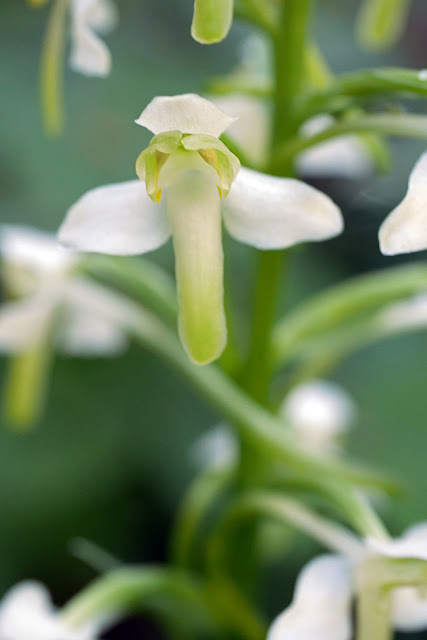 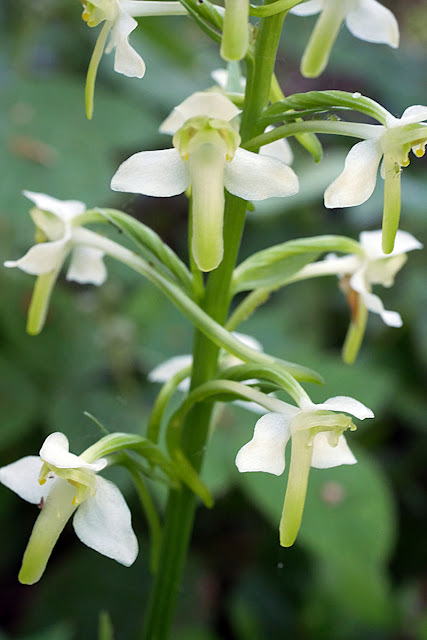 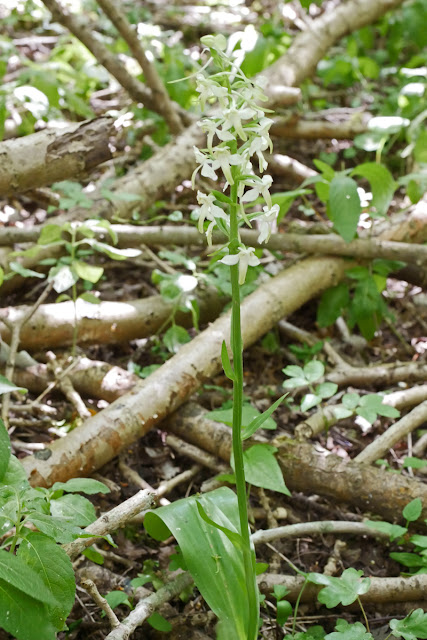 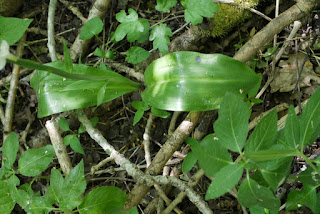