Hemsted Forest is a wood near to Benenden Hospital in south Kent. I had never been there before so thought I would take a walk and see what I could find. The following are the plants I photographed.

It's always nice to find a Spring flower still going in to the early Summer. This is the Bugle of which I am accustomed to seeing in the presence of Bluebells and Early Purple Orchids.

This is a Hard Fern, which has different leaves - one is fertile, the other isn't, thus easy to identify. 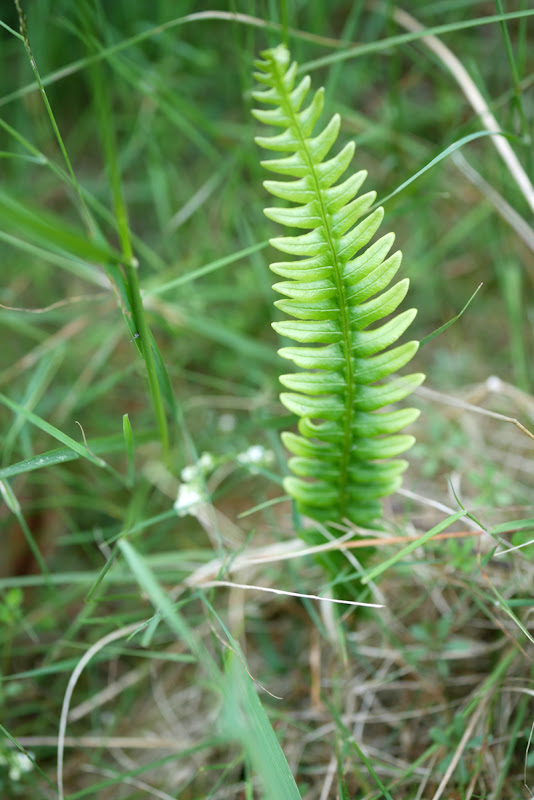 The congested flowerhead of a Marsh Thistle, a plant that often exceeds six feet in height. 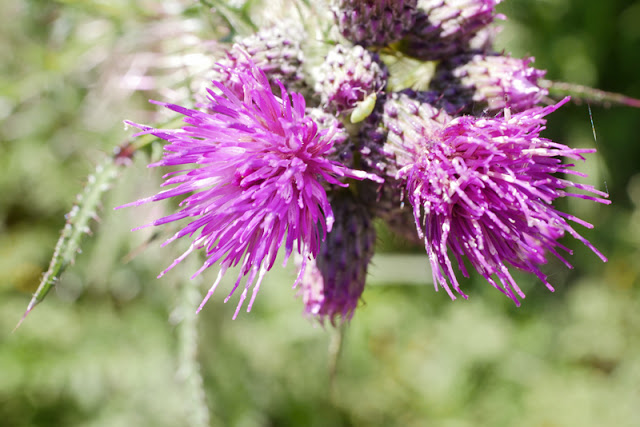 The odd Common Sppotted Orchid was dotted along the woodland rides. 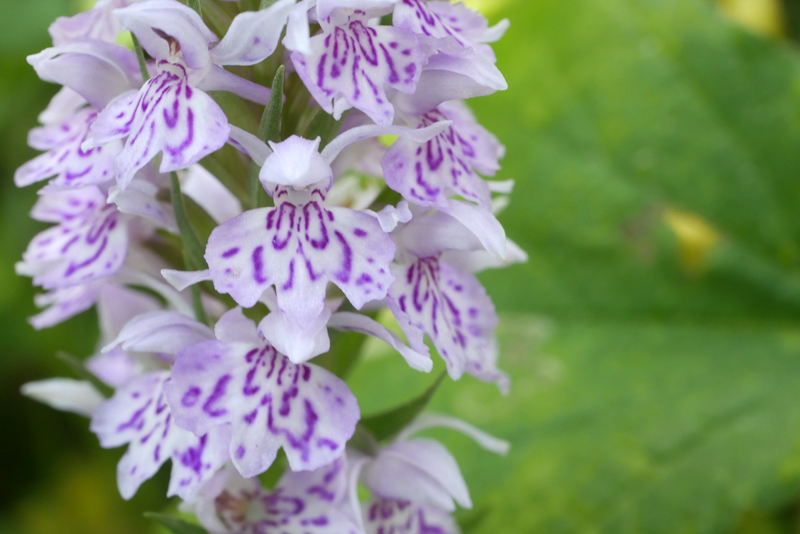 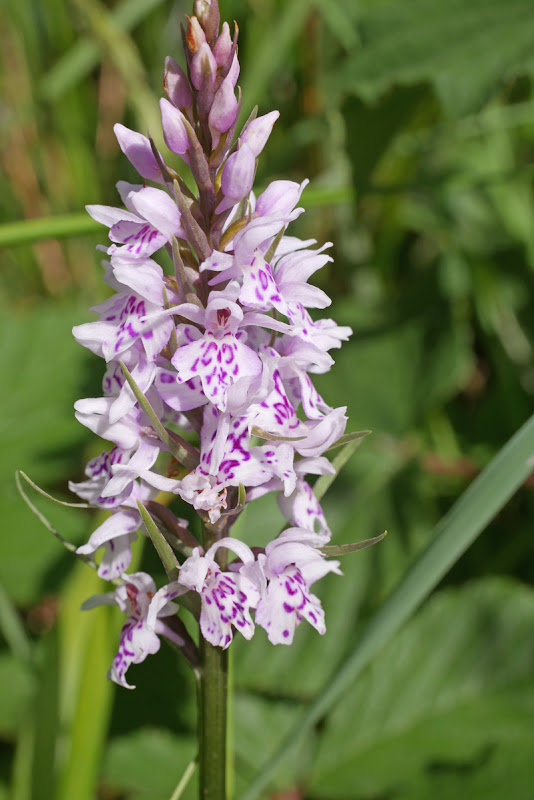 Dwarfing the orchids were Foxgloves, some well over 6 feet tall and most in full flower. A firm favourite of Bumblebees. 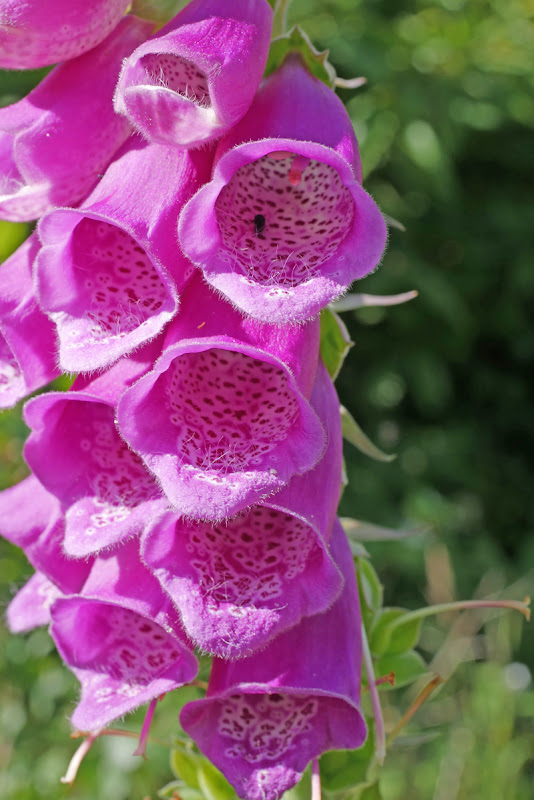 The big green-leaved plant is what I first noticed as it is a Broad-leaved Helleborine (Epipactis helleborine) , a late Summer flowering orchid. However, beneath it was a mat of the RPR species Heath Speedwell, (Veronica officinalis). Two interesting plants in one here! 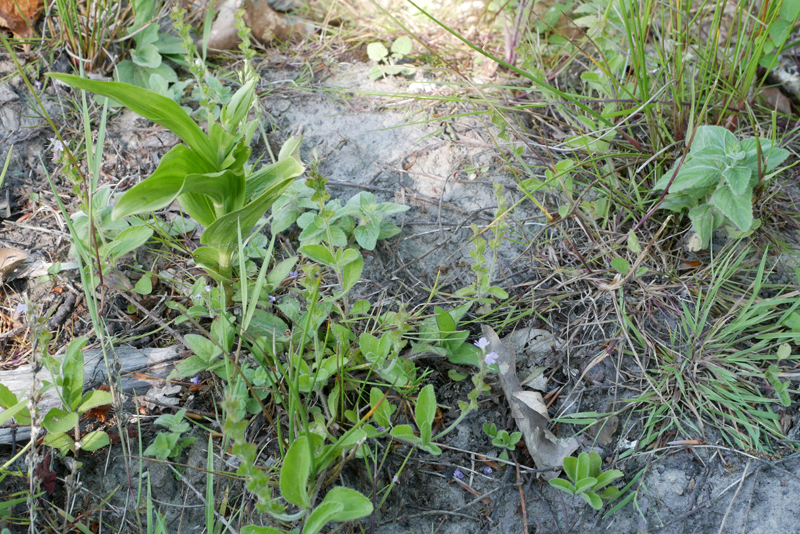 And one of the Heath Speedwells I found in flower as well. 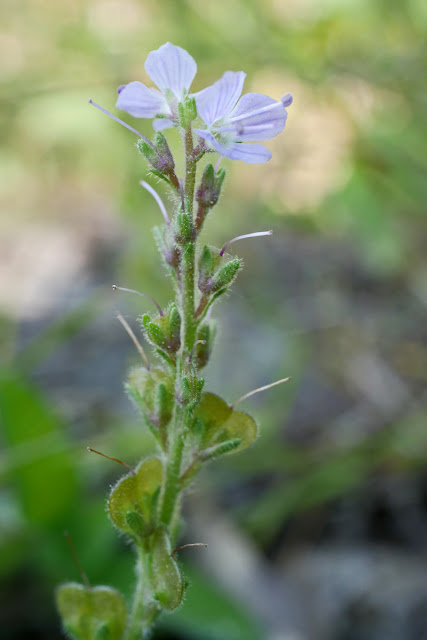 Heath Bedstraw flowers (below) are so small that they don't usually get photographed. It's only found on more acidic soils. 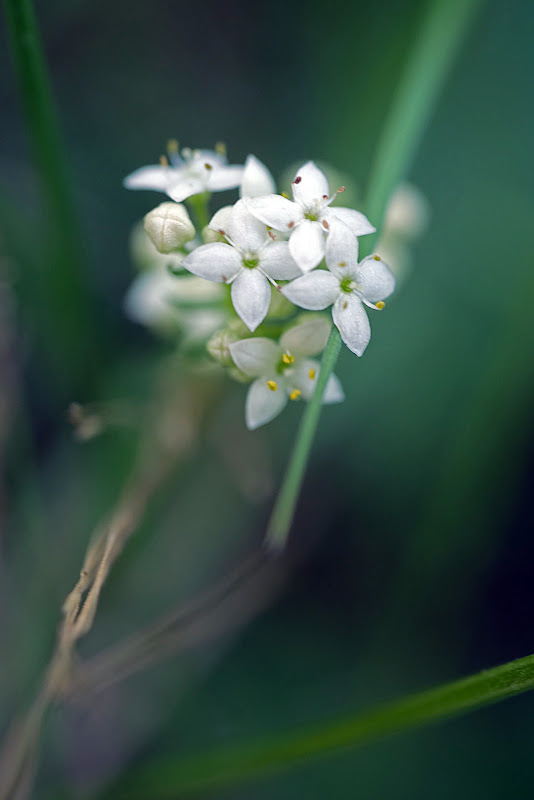 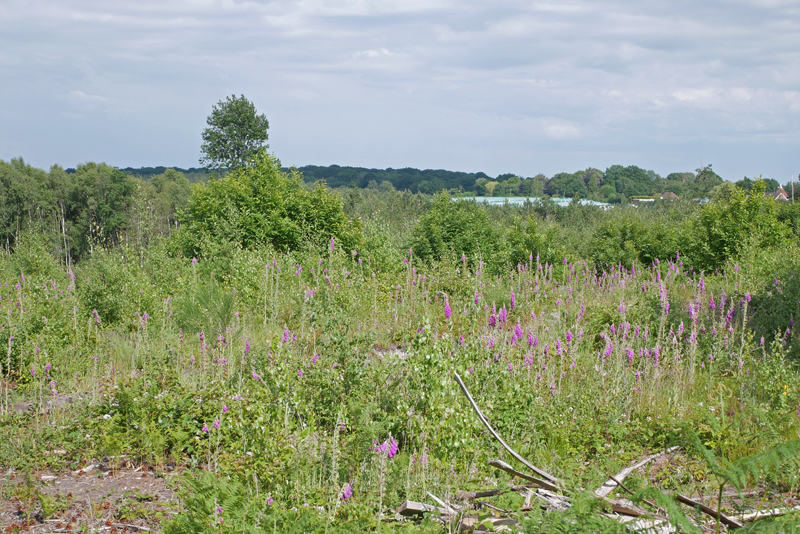 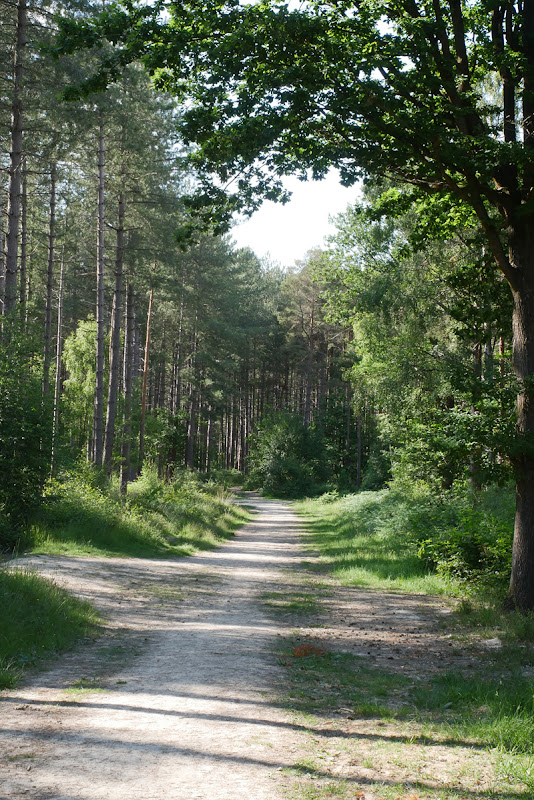 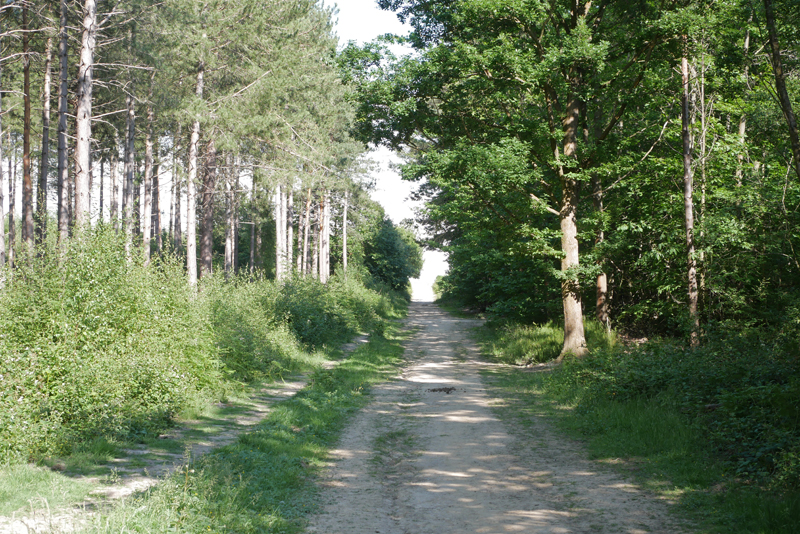 The impressive flowers of the wild and native Tutsan plant, not to be confused with the garden form  "Rose of Sharon" which is similar). 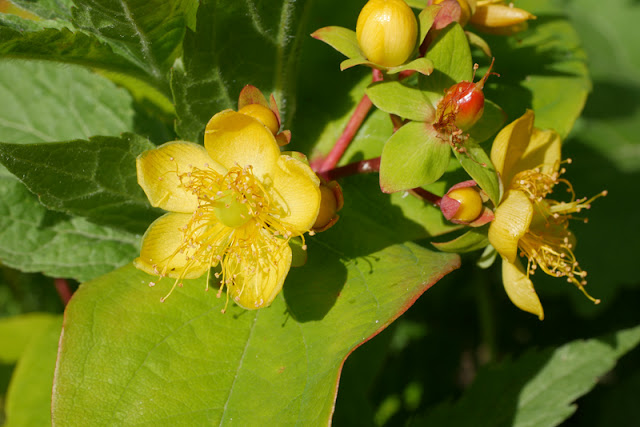 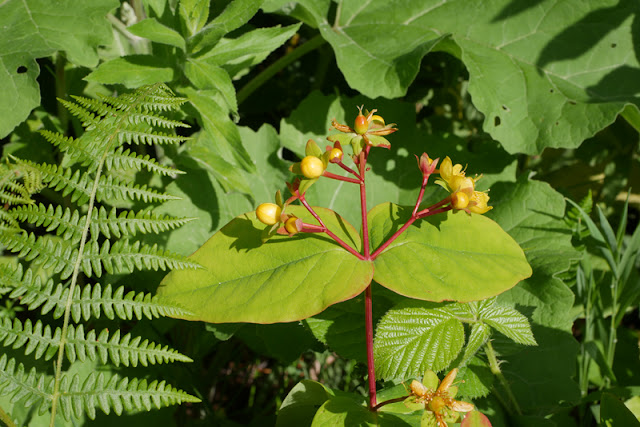 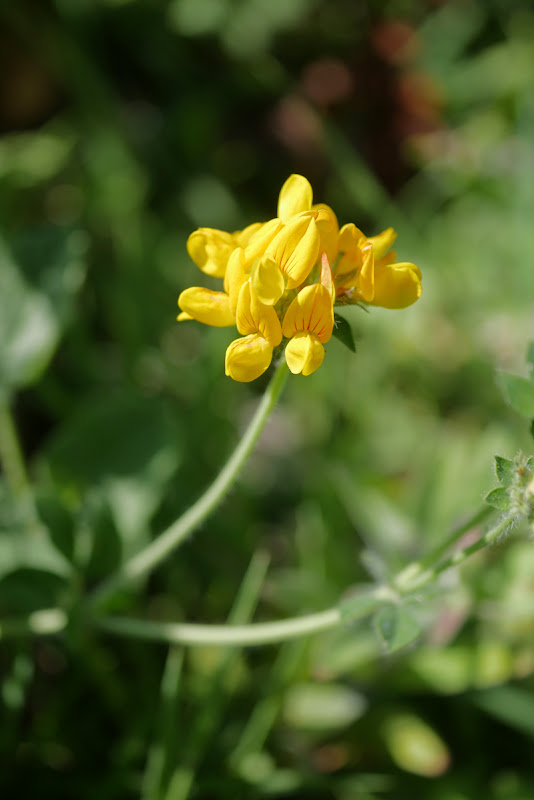 This is the hybrid between Creeping Cinquefoil and most likely Tormentil. It is told apart by its 4 and 5 petalled flowers and lack of fruits. It's leaves are also a mixture from the parents. I have found it in several places in Kent. 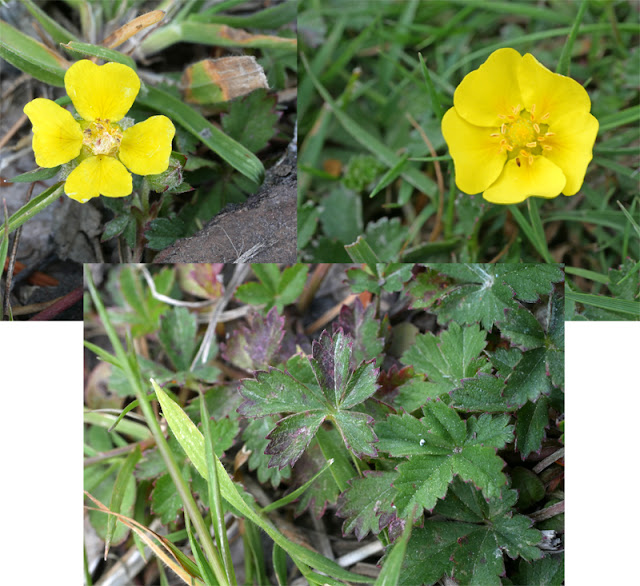 Below is Lesser Spearwort, a Kent RPR species, looks like a tall, straggly buttercup, it's closely related to them. 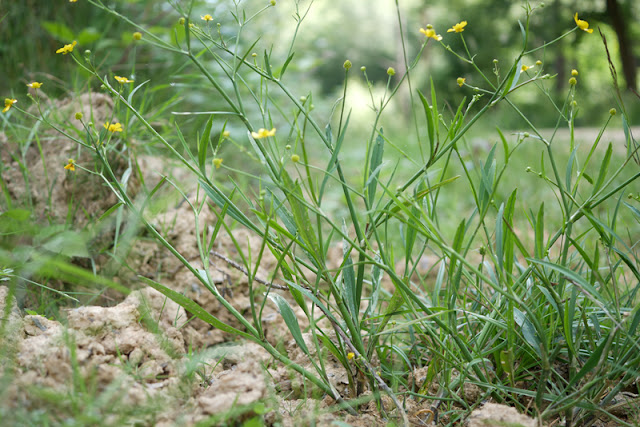 Brooklime is a Speedwell one usually associates with water - a stream edge or river bank perhaps, but I have been finding it in damp woodlands too, such as here, nowhere near water. 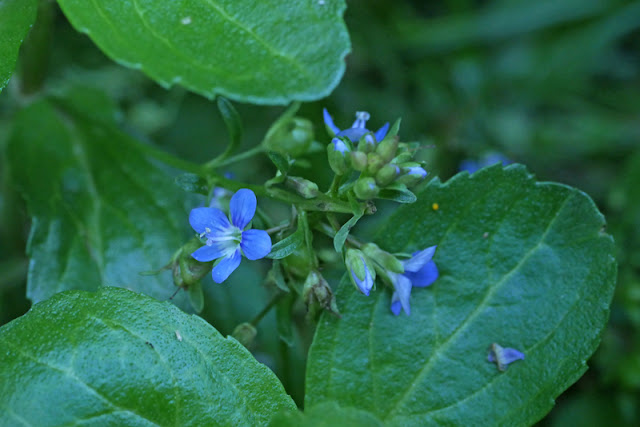 That was it for the woods which took around 2 hours to walk. I recommend walking it as it's diverse and big enough to easily social distance too.

From here we drove to Greatstone on the coast not too far away.

There are many alien and non native plants here and perhaps the most showy is the Broad-Leaved Everlasting Pea. This is a common garden escape throughout Kent. 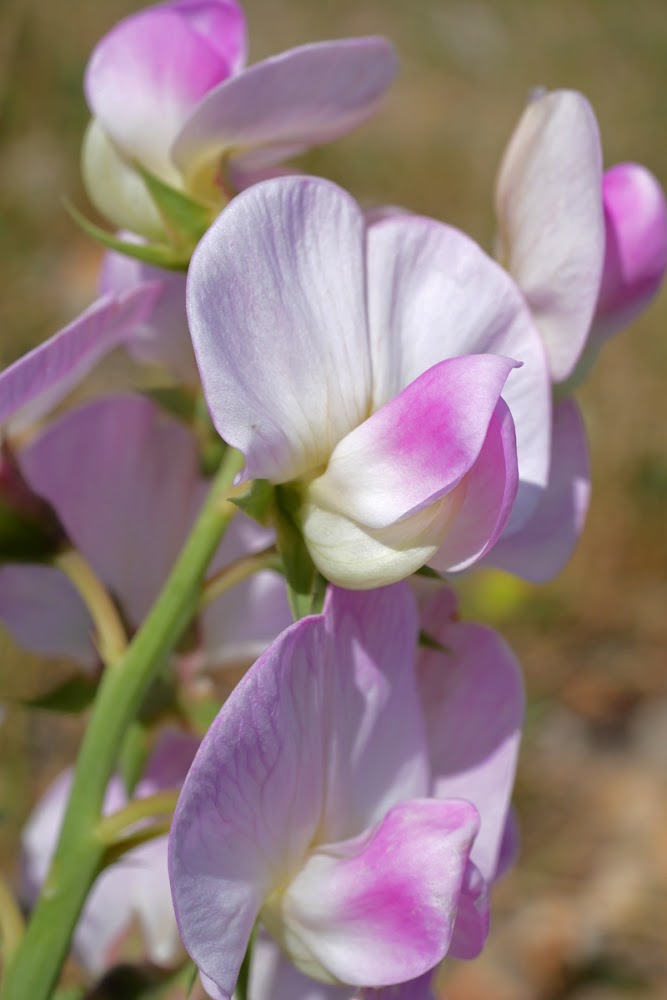 A plant one woould not expect to find crawling around the shingle was Honeysuckle. I usually find this in woodlands in which it is very common, but it seems it's ok on bare shingle too. 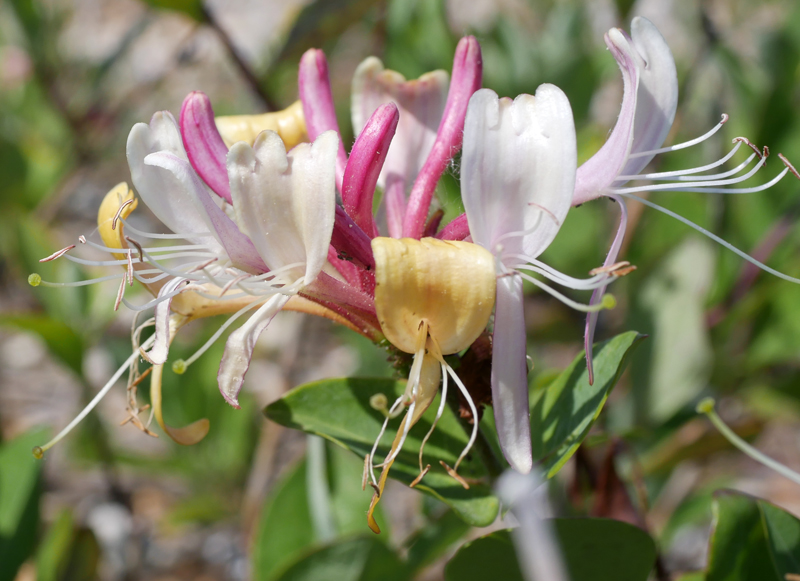 Toothed Medick is a very small flowered clover which is a Kent RPR species. I found it here on a pavement crack. It's mainly found in coastal areas. The stipule is the most important part to identify it and it should be "laciniate" or extremely jagged. Look at the photo below by the leaf junction with the main stalk to see the stipules. 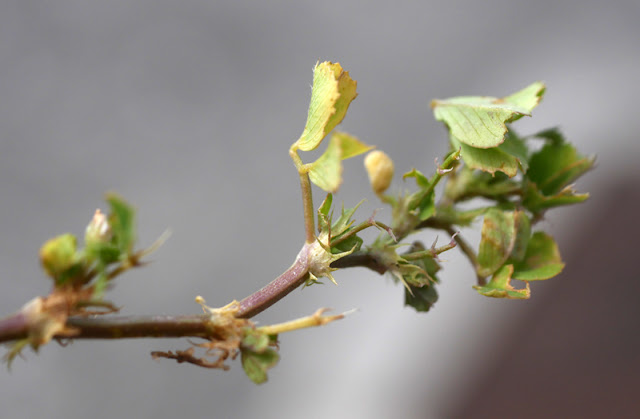 Poppies germinate on disturbed ground and shingle is easily disturbed, so there's usualy a few to be found here. 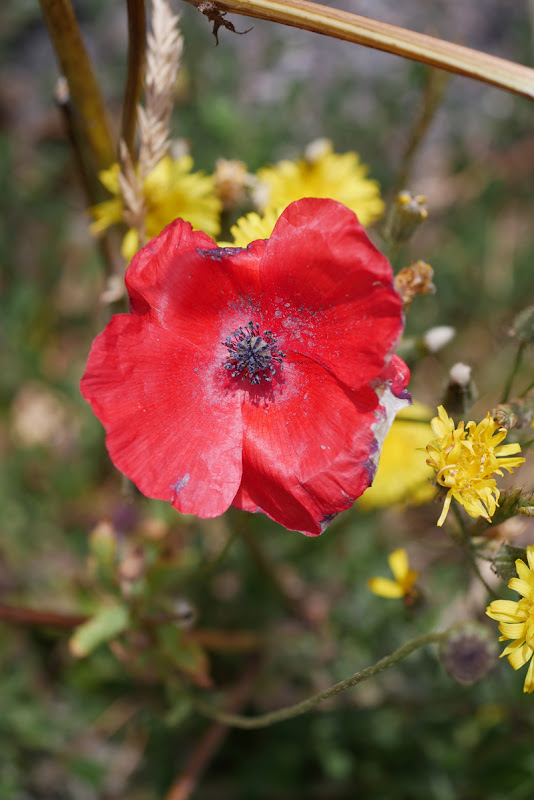 My last photo here was of Biting Stonecrop (yellow) with the much larger blue flowers of Viper's Bugloss behind it. 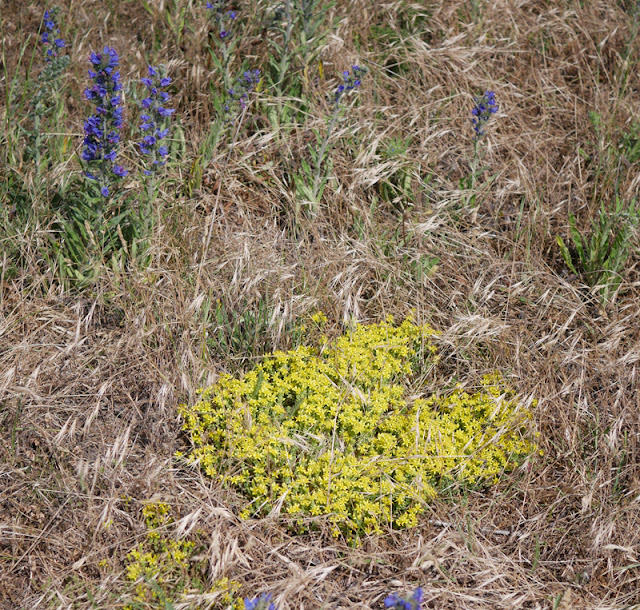 That's all, two very varied habitats visited on the same day out with completely different floras, I hope you enjoyed it.