Every year my partner and I find some amazing botanical treasures, but with each new find the one before fades into memory until they become forgotten, even after a short time. Thankfully, as a botanical recorder, I can jog my memory by looking back at my record sheets to renew my aging memory, so here are some of the highlights of our finds from 2019. 16/05/19 - Vicia panonnica Ssp panonnica   Hungarian Vetch- as described in BSBI News, Aliens and Adventives   On this day I found a substantial colony of V. panonnica on both verges of the B260 for a hunded metres or so east of the A282 bridge (nr Dartford). There were hundreds of plants in flower, which at first I thought were anthocyanin deficient V. sativa plants (Common Vetch). I posted some photos on Twitter of it and a botanist suggested V. panonnica which it subsequently turned out to be. However, this was not a first for VC16 West Kent as described below.     In 1977 V. pann
Post a Comment
Read more 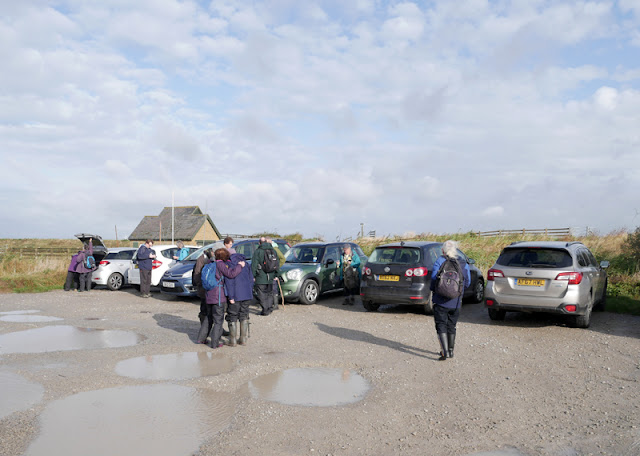 The KBRG runs numerous field trips each year covering a massive range of wildflowers and habitats, giving those attending the chance to learn how to identify new species each year. The last field trip of the season is the Glassworts one, aiming to familiarise those attending with how to identify Kent Glassworts ( Salicornia ). Unfortunately, I could only commit to half the session so I missed out on some species, but here are those we found in the first part of the meeting. This day we met at Oare Marshes near Faversham to survey some nearby salt marsh. Only an hour before we got there it was raining very heavily and blowing a gale; but the rain had stopped and the wind died down to a gentle breeze with occasional blustery episodes and by lunchtime I took in some sun on a sheltered sea wall. And we're off - along the sea wall. You can just see an indentation in the wall ahead which is an inlet and that's where we were headed. There were plenty of Bristly Oxtongue floweri
Post a Comment
Read more

Wildflowers of the Dover Patrol Memorial and from Deal, Kent - 14/09/19 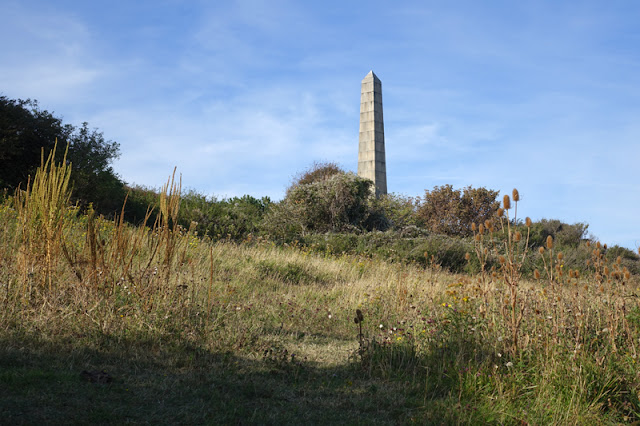 The area about the Dover Patrol memorial belongs to the National Trust and comprises of some good quality chalk grassland.  The memorial itself is an obelisk and much historical informaiton about it can be found here: https://historicengland.org.uk/listing/the-list/list-entry/1070067 Dover Patrol Memorial Here's a  view of the memorial obelisk with a nice stand of Weld and Wild Teasel ( Reseda luteola and Dipsacus fullonum ) in the foreground . Being the second week into September I wasn't sure what I might find as many species had gone to seed, as shown above, and it had been quite dry too. Some of the best plants to be found were in the closely mown lawn around the obelisk itself. This flower is very small and easily missed in longer grasses. It can be identified easily in that its leaves are of unequal lengths, it is Squinancywort. Asperula cynanchica This is quite common on good quality chalk grassland, such as that found close to
Post a Comment
Read more
More posts