- October 16, 2016
This blog is about a month out of date but I've finally got around to writing it!
I walked this country park on the banks of the tidal Medway recording plants as I went. The OS square to the West of the car park was under recorded, so that gave the trip a more defined purpose. 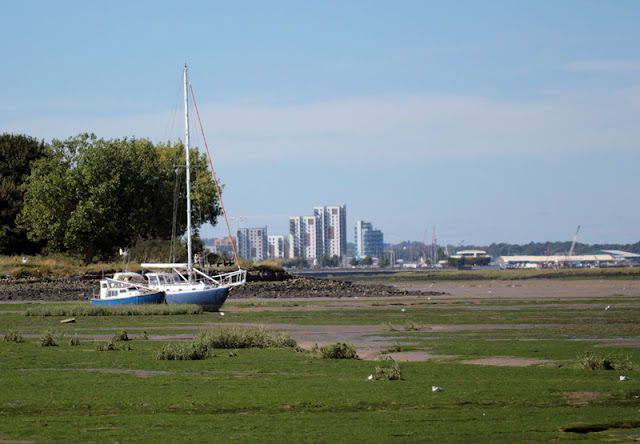 There's a reasonable amount of salt marsh to explore when the tide is low as it was today, and scrubby areas inland. 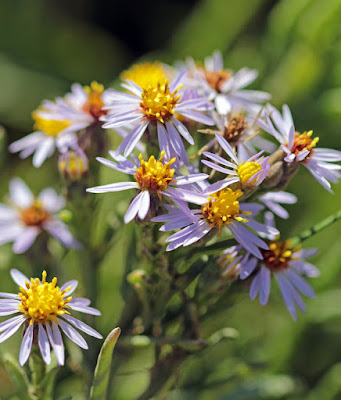 The most obvious flowering plant on the salt marsh edges was Sea Aster. They are like a saltwater tolerant version of the Michelmas Daisies.

There are two forms, one with lilac rays and the other with the rays absent.

I only found the rayed form here today. 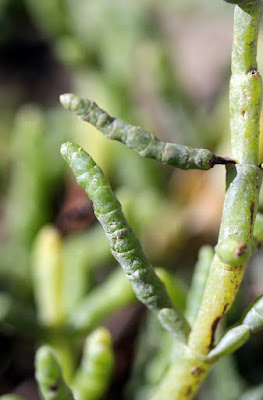 Glassworts were common too. I keep missing the Kent Botanical Recording Society field trips that concentrate on this species. If I could have attended I would be able to identify each type.

Believe it not, this one was in flower! On the lower branch are two tiny yellow anthers poking out. They don't have petals at all. 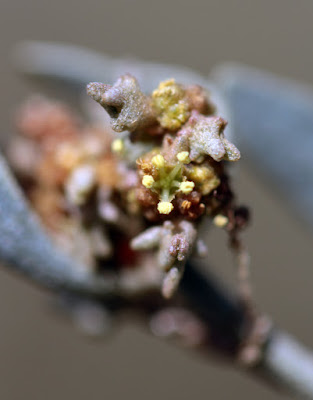 This is another "flower" that gets covered in salt water twice a day on Spring tides. It's a Sea Purslane. It forms large colonies near the high tide mark on many estuaries in Kent. 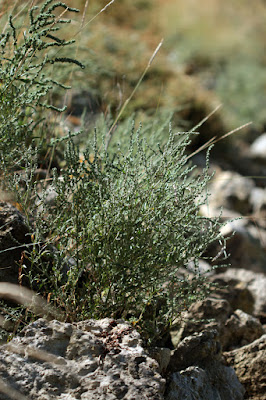 Another Atriplex often found in these habitats and of late, along salted roads inland, is the Grass-leaved Orache. This is always upright and often tall, as here. The leaves are pretty much uniform and strap like, making it easy to tell apart from the more complicated inland Oraches.


The final flower of the salt marsh I photographed was perhaps the most beautiful, it's Golden Samphire. It's relatively common along the Thames and Medway estuaries but is on the rare plant register as it is declining both locally and nationally. 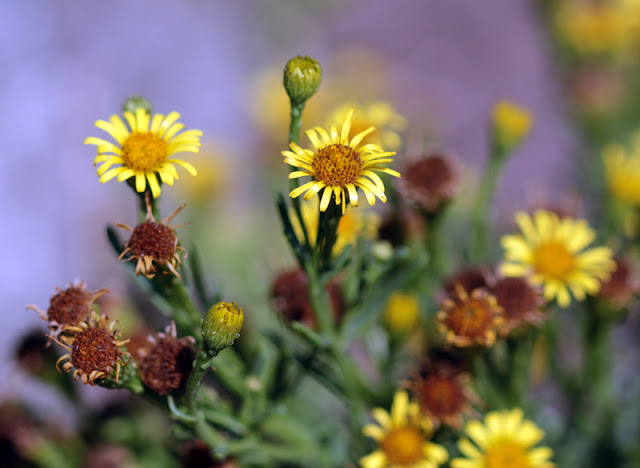 So I left the shoreline and headed inland to see what I might find. The scrubby land didn't look like it would offer much as it was full of brambles and nettles. 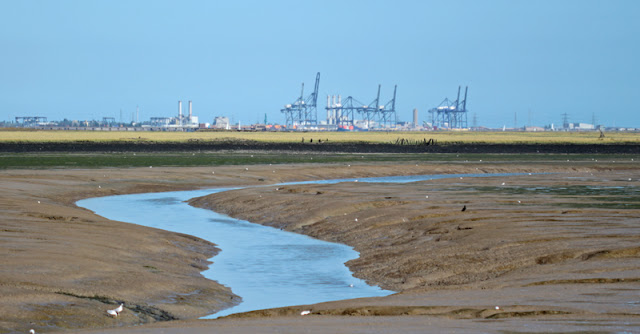 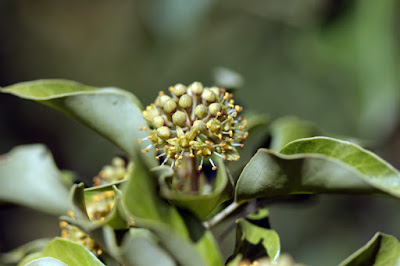 This is Common Ivy, found almost everywhere, but the flowers at this time of the year are an important food source for bees and insects.
Red Admiral butterflies also feed on them prior to finding a place to hibernate. 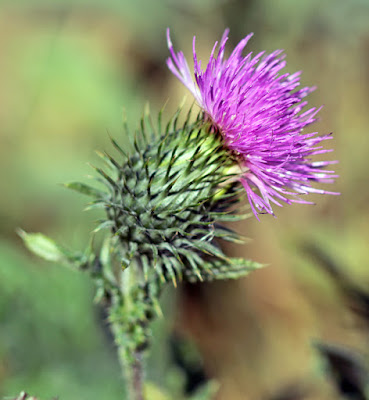 Creeping, Marsh and this Spear Thistle still had the odd flower up. 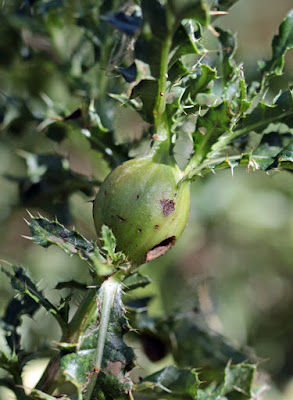 On one of the Creeping Thistles I found this Thistle Gall. I forget now which insect causes them, but I don't see them that often. 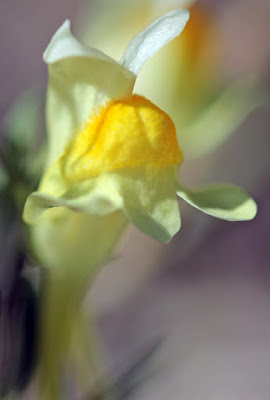 I found a small patch of Common Toadflax, a delightful native wildflower that also looks good in any garden. I have some self sown in my own garden as well. 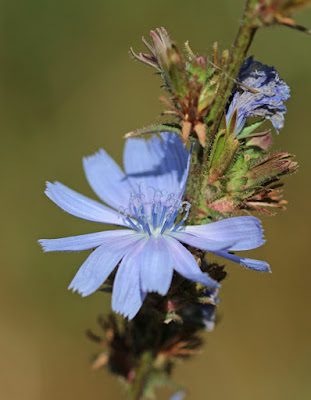 My attention was drawn to a few bright blue flowers of Chickory that I spotted in the long grasses. A pleasant surprise as it hadn't been recorded here before and is another Kent RPR species. 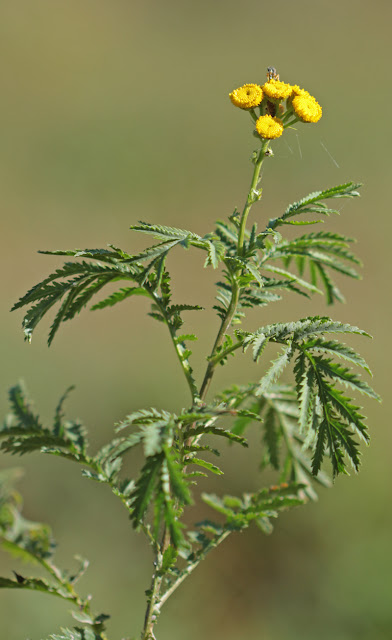 It seemed that the taller wildflowers did better in this habitat. This is Tansy, which is rather like a rayless Daisy and it has very distinctive leaves.


Below is a close up of the fower heads showing them to be multiple flowers and not just one single flower. A boon for bees and insects. 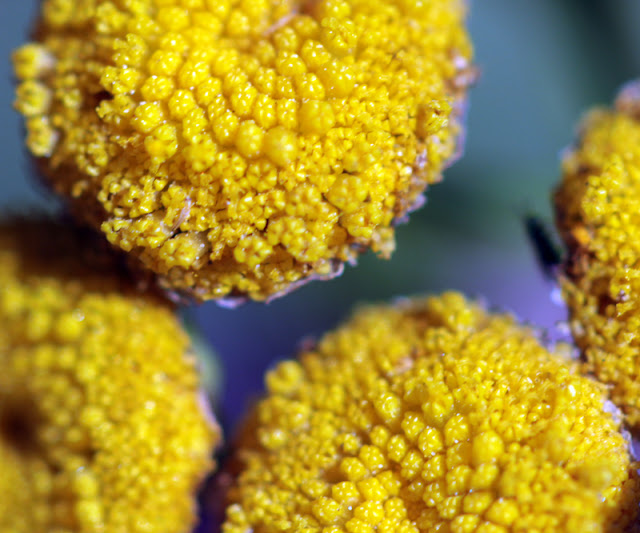 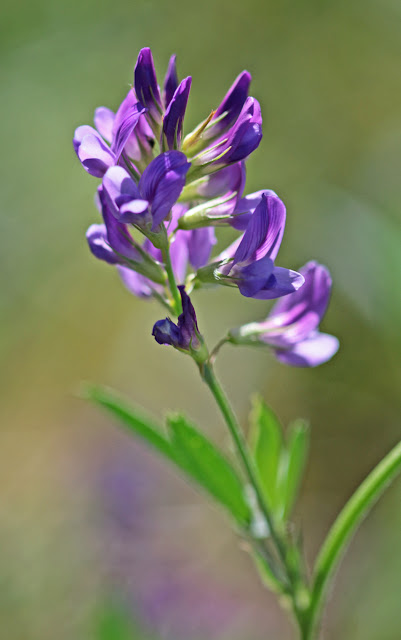 This attractive pea is Lucerne, a common roadside plant in Kent and often planted in fields as a fodder crop along with other pea family plants such as Clovers.


There is a yellow version as well, othrwise known as alfalfa with its well known seeds! 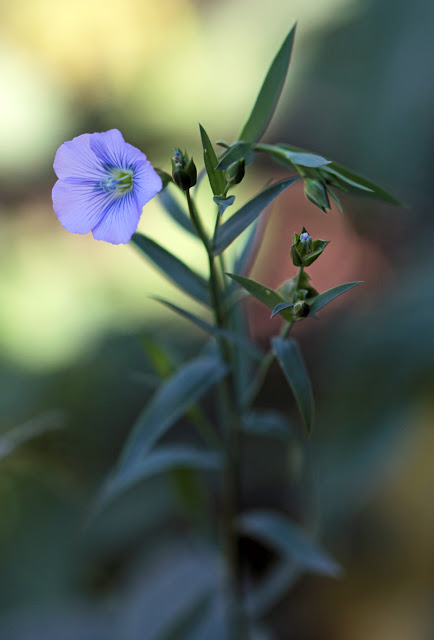 This was my final photograph here, a beautiful Common Flax. I found it by a small pond which has a walkway around it. Flax is another flower sown as a crop but there were no fields close by. I suspect it grew here as a remnant of a bird seed mix. Nonetheless, it was nice to see.

So ended my walk where I managed to record 87 species for the BSBI 2010-2020 atlas, several of which had not been recorded before.