- May 22, 2017
I've surveyed the fields on the Gallops at Longfield a few times over the years and one might reasonably expect that there would be nothing new to see. These fields had been left fallow for a couple of years up to recently, so were full of arable wildflowers normally sprayed out of existence.

The fields have a new owner and rumour abounds on social media as to the impact this will have. My main concern was the rumour that the farmer will be growing crops for supermarkets - thus leading to intensive fertilising and spraying on the poor chalk soils.

so far this hasn't happened, the field has been tilled and nothing else. As a result, there's been an explosion on some plants there, as follows. 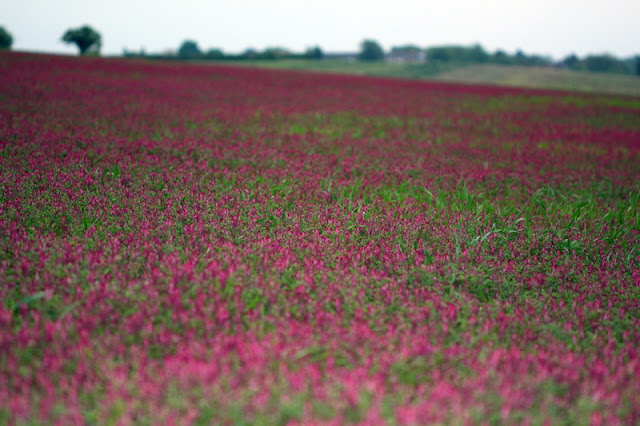 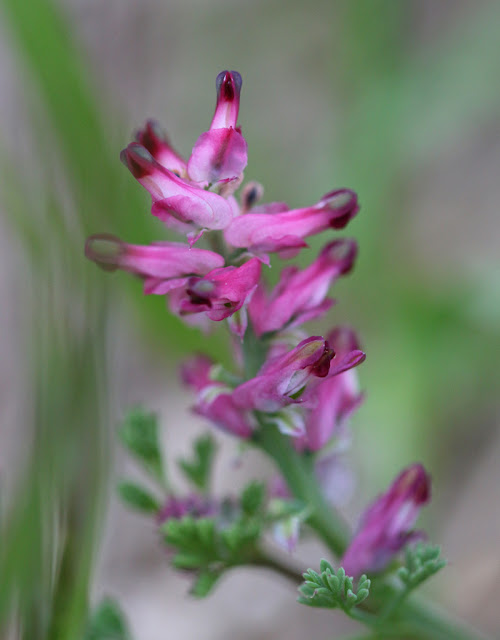 This sea of purple stretched for about a kilometre! It comprises of millions of Fumitories,  the ones I examined found to be Dense-flowered Fumitory.

Just to confuse, Common Fumitories were mixed in, I wonder if they hybridise? I expect so!

It was pretty much a monoculture, though the odd other plant crept in, most numerous being Shepherd's Purse and the Sun Spurge, as below. 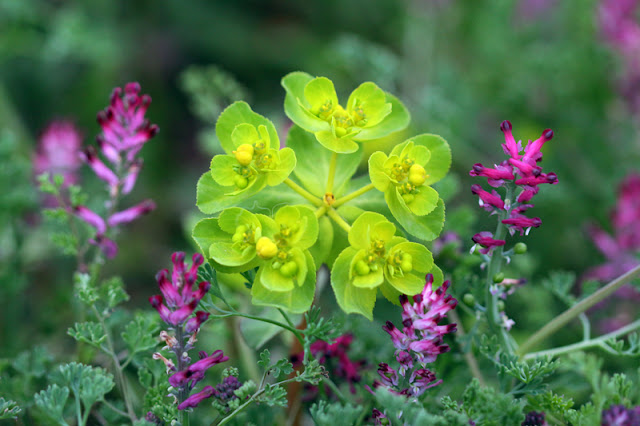 The first White Clovers of the year had come into flower. Taken for granted and a frequent "weed" in the lawn, these (and Red Clovers) are made up of numerous tiny flowers, grouped together to form what looks from a distance,  a single flower. 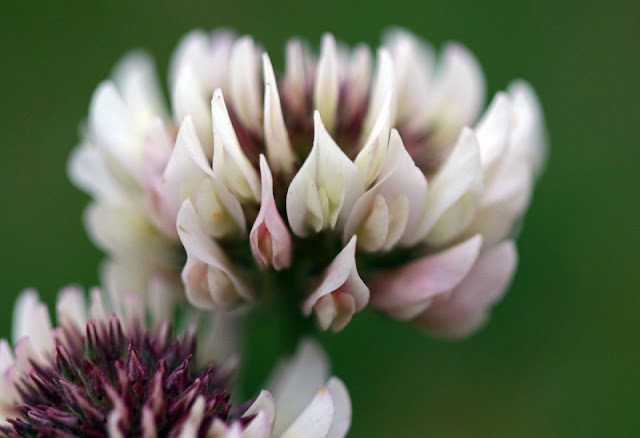 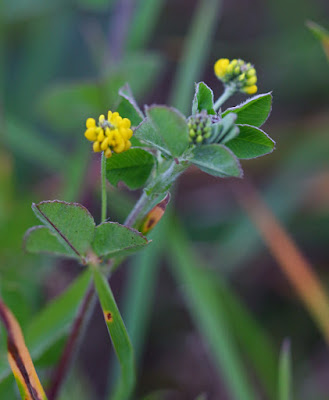 Black Medick with their tiny yellow flowers were seen on the path. These look very similar to Lesser Trefoil, but the easiest way to tell them apart is that these have a mucro (or bristle point) at the end of each leaflet, Lesser Trefoil does not.

Of course, once in seed, they're very easy to tell apart, these have clumps of small black seeds, lookalikes don't! 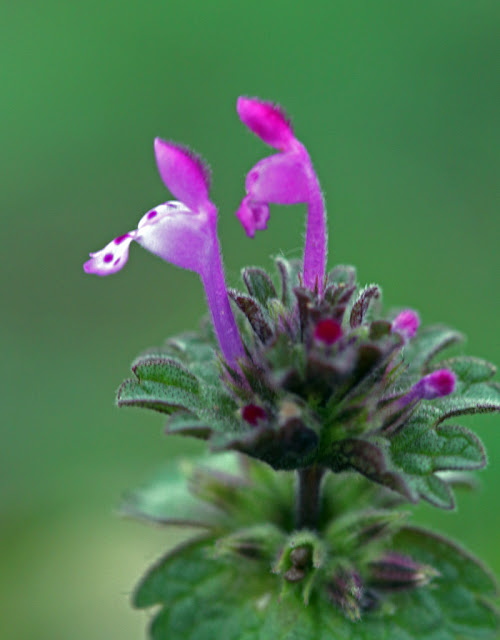 I then had my star find of the day, the uncommon Henbit Dead- Nettle

Initially, they look rather like the very common Red Dead - Nettles, but their tiny flowers  pop up from the top, standing to attention like a Meercat on lookout duty! 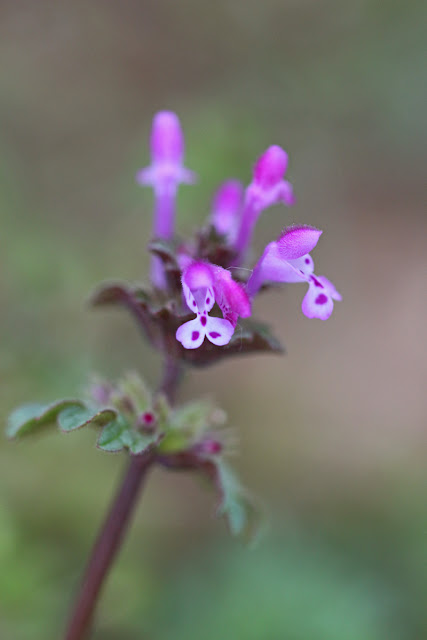 A lovely wildflower and one I've not seen in the Longfield area before either. Annoyingly, whenever I do find these plants it's blowing a gale making photos time consuming and very difficult! 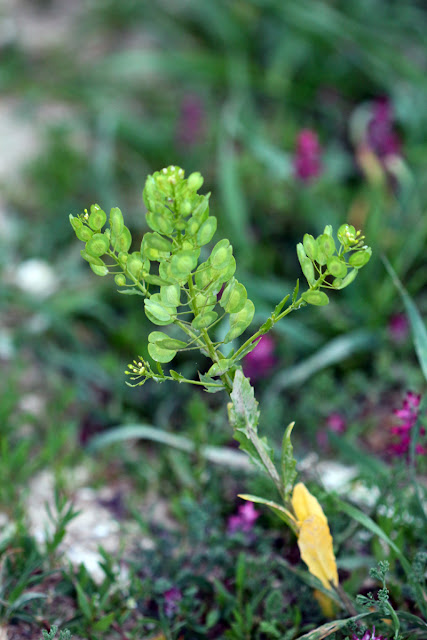 The last arable plant I photographed was this single Field Pennycress. So called due to the shape of the seeds which you can see in the photo.

This plant is still flowering, which shows just how tiny the flowers are!

A big feature of the Gallops is an ancient hedgerow running along its entire length, full of flowers and insects at this time of the year and rare birds during the colder months for the wealth of seeds and berrie contained within it.


Here's a Hawthorn in full flower from that hedgerow. The leaves look suspiciously like a hybrid with Midland Hawthorn, but all the flowers only had one style, so I'm going for C. monogyna 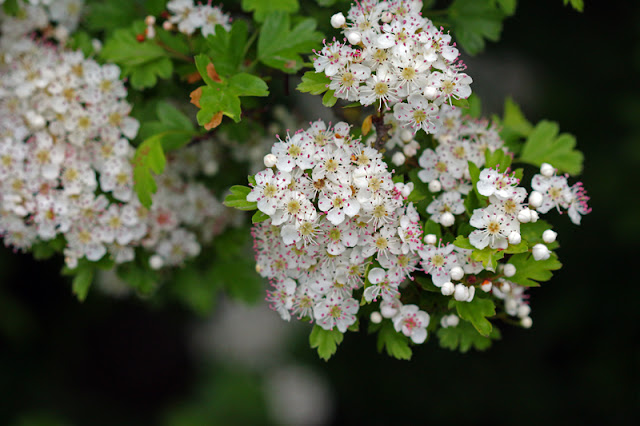 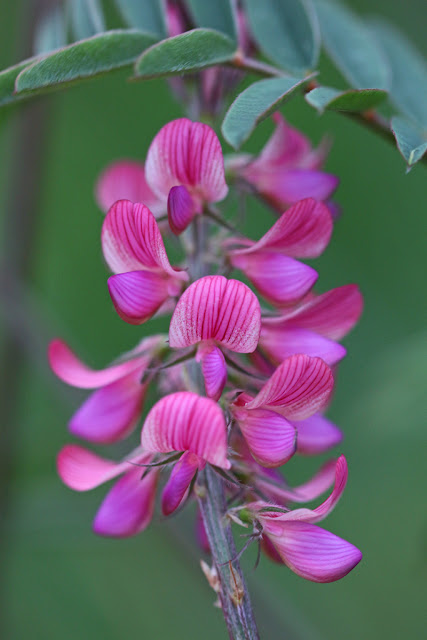 Fodder Sainfoin grew in one corner of the field, a remnant of a crop from many years ago. It's been coming up here for several years.

It grows to around 3 feet tall unnike the native form that is lucky to make 8" tall! 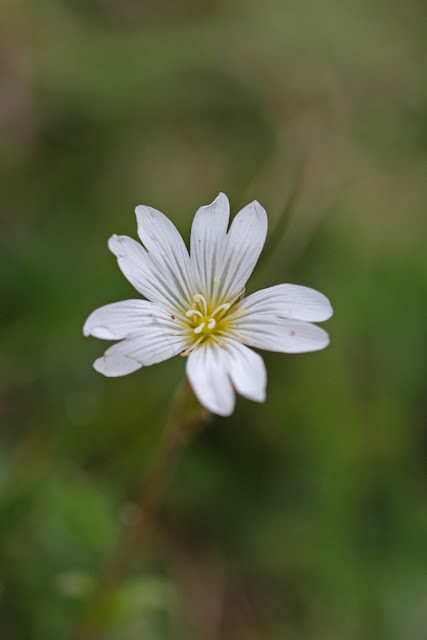 There's an abandoned field/meadow nearby and I was pleased to re-find Field Mouse-Ear there. It's been missing the last two years, but has come back nicely this year with numerous plants dotted about the meadow.

These are closely related to the garden plant "Snow-in-Summer" which escapes frequently into the wild, but that has woolly hairy grey leaves, this doesn't. 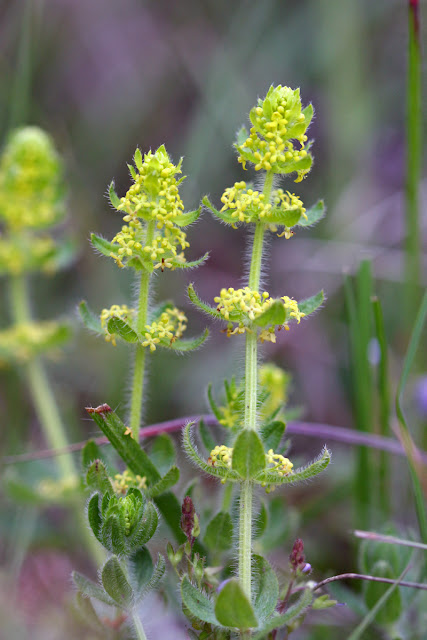 Another nice plant here is Crosswort, giving splashes of yellow, made up of whorls of tiny flowers around the stem.


Some Common Gromwell rounded off a nice couple of hours. 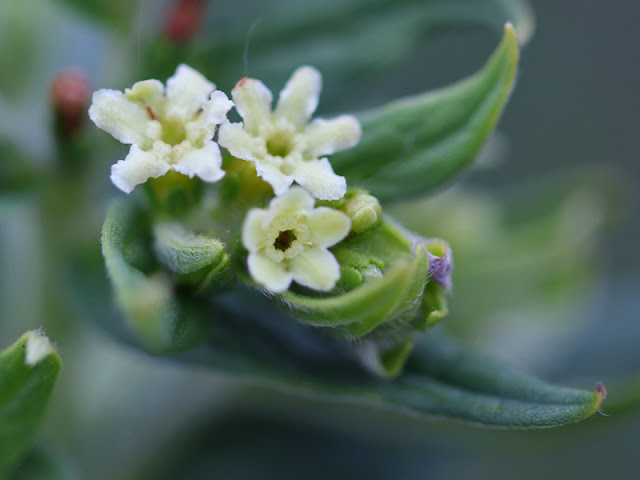 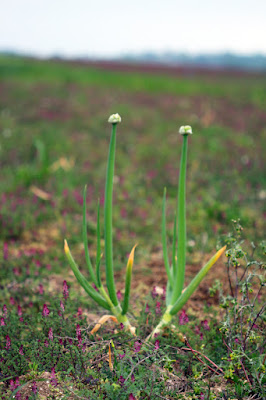 I think this shows that it's always worth re-visiting familiar places, new plants and wildflife could arrive and establish there at any time.