- May 28, 2017
I had decided to record species in a couple of 1km square monads North of Detling Hill just off the busy A249. I didn't expect to find much, as most of the area is arable fields with the usual heavy use of weedkillers applied to them.

However, there is some woodland within the area, and I did hope to find some undiscovered orchids on the chalk, but that was not to be.  Oddly, the star area for this trip was a layby! 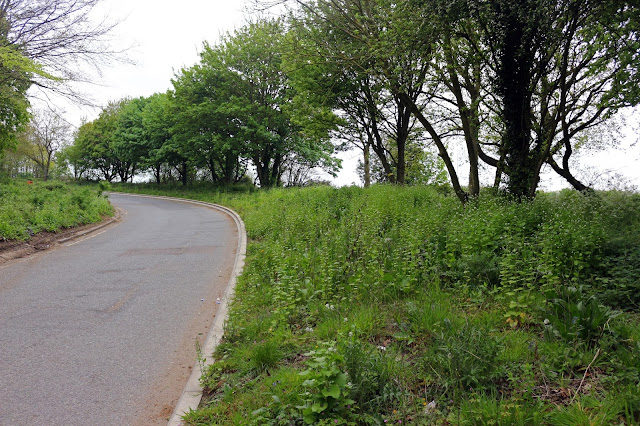 This was an area that was only occassionally cut with no evidence of old grass cuttings, no weedkillers or fertilisers and of importance, the locals seem to have dumped garden waste here over the years. 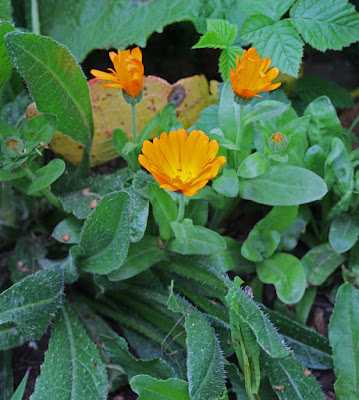 Strikingly obvious to the eye, was a group of Pot Marigolds, with their bright orange flowers standing out from the green of other plants. 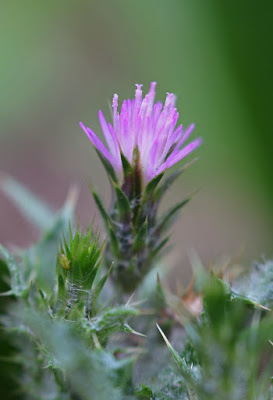 The first Slender Thistle of the season was in flower here, no doubt it's name is from the flower as the plant can sometimes be quite fat (so to speak).

sometimes called the Seaside Thistle as it's mainly found in coastal areas. 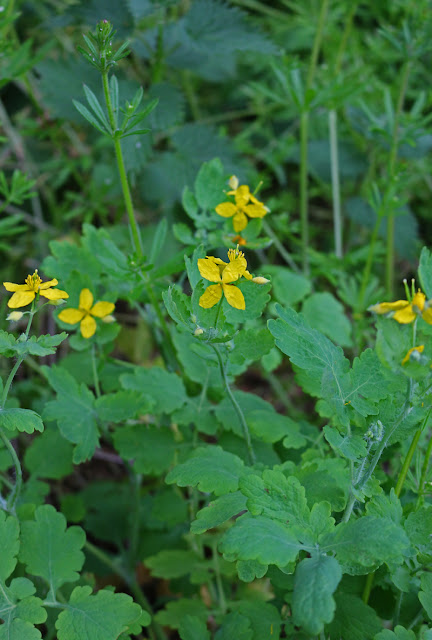 This is another garden escape, Greater Celandine (no relation to Lesser Celandine).

It can grow quite large with big 4 petalled flowers  and lobed leaflets.

It's usually found near gardens, though I have found it once on a marsh nowhere near habitation! 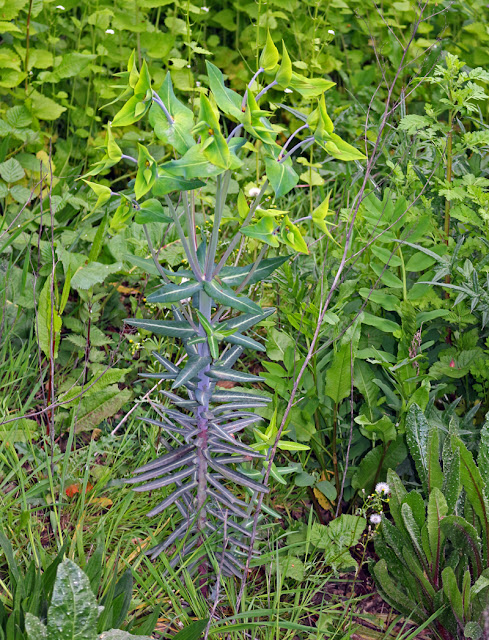 I recognised this distinctive plant easily, it's a Caper Spurge and is quite unique as to how it looks.

I've only seen these in a few locations around Kent, but again, always near habitation. 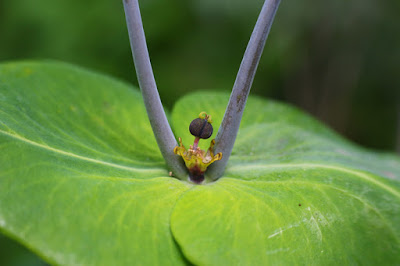 Here's a close up of the flower. 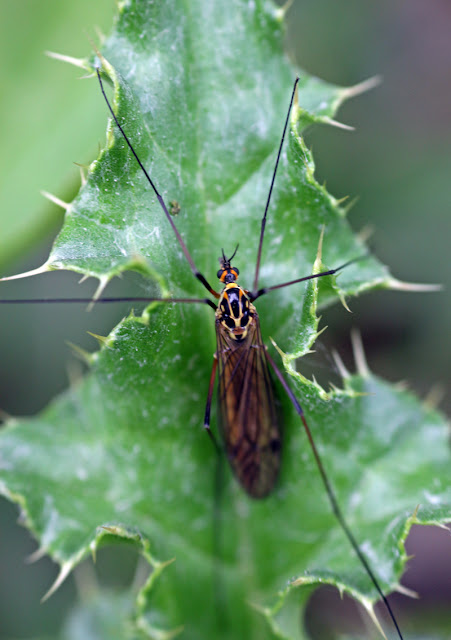 This is a type of Crane Fly with an attractive gold, orange and black thorax and eye markings. 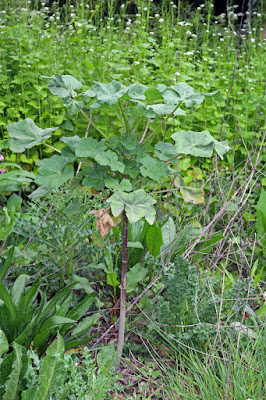 Unfortunately this isn't in flower, it's a Tree Mallow, but how did it get here? They are common on the beaches of East Kent and all around the SE coasts, but very rare inalnd.

Maybe someone grew one in a pot or small garden and threw it out as it got bigger?

Or, it could be from bird sown seed from a coastal plant and thrives due to road salting in the winter. Very intereting stuff this botany! 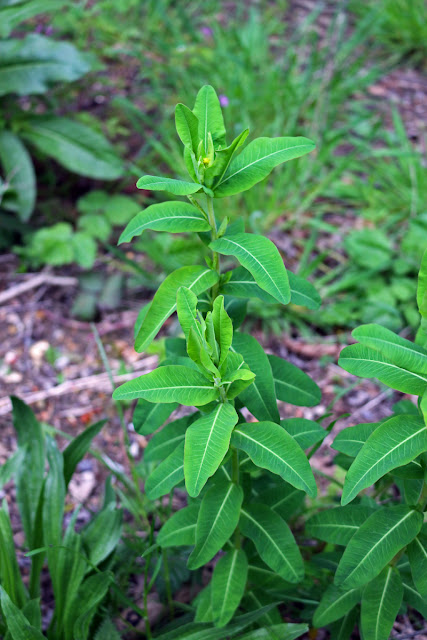 Then I found another Spurge that I had no idea what it was.

Twitter botanists helped me out - it's a Balkan Spurge, another alien escape. It has a tiny flower, you can just make it out on the top of the plant!

It's been naturalised in Hampshire since 1993, so I guess Kent will be joining that list now. 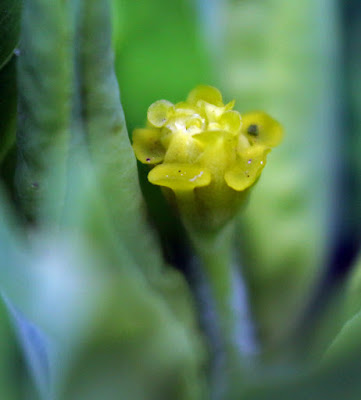 
The developing rather small flowers of Balkan Spurge 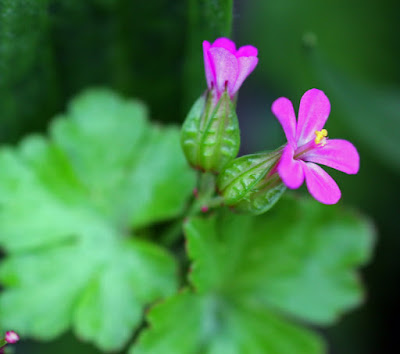 There were several patches of Shining Cranesbill along the kerb, with their shiny leaves and bright pink flowers always a joy to see.

As they age the leaves will turn a bright red while still flowering and they look even better then! 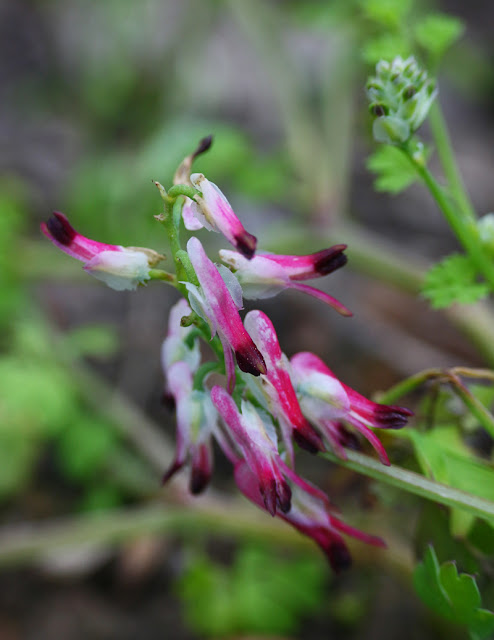 I was then very pleased to find not one, but lots of White Ramping Fumitory, a rather unusual plant in Kent but no doubt from historical fly tipping.


I then got rather ecitable finding these little beauties, thinking they might be Wild Pansy. Unfortunately, they're garden pansies, another throw out, though why someone wouldn't want these any more is beyond me, they're little stunners! 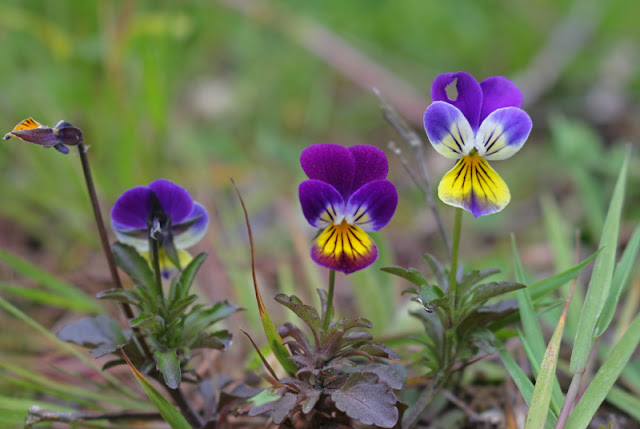 I then crossed the busy A249 with extreme caution to enter a wood. As expected, the flora was nowhere near as exciting as the layby. With leaves now out, the wood was dark and the Spring flowers were all going to seed under it.
Here's one of those trees, the Sycamore. It may surprise many that this isn't a native tree. It was introduced in the late 15th century and first recorded in the wild in the early 1600s.
There's so many of them about with dense foliage cover - it makes me wonder what the countryside would now be like without such trees and their familiar helicopter like seeds? 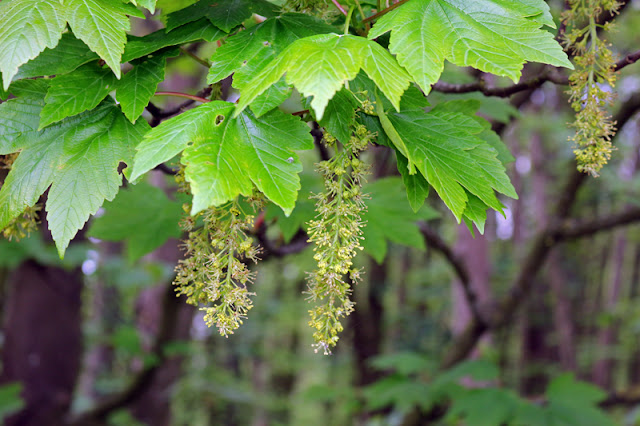 It will all too soon be the "Season to be Jolly" again and this Holly flower shows the year is almost half gone. These will turn to those familiar red berries on Christmas cards, complete with a Robin and some snow..... 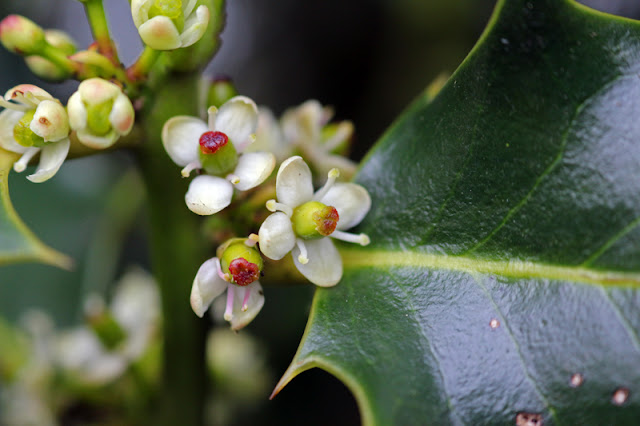 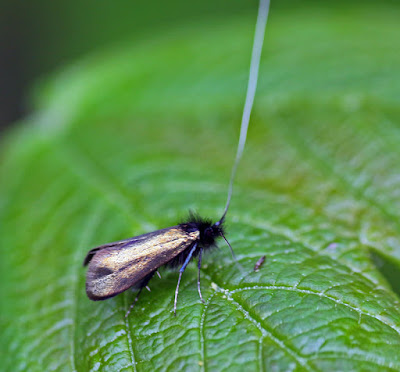 These Longhorn moths were numerous along the woodland edges, no doubt an Adela species of micro moth. 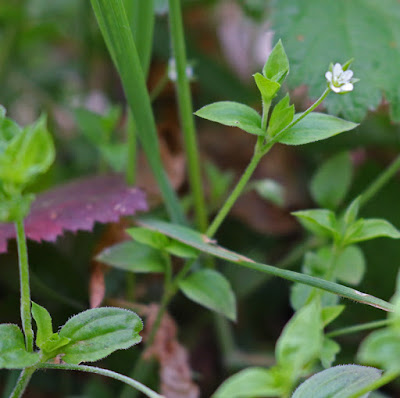 This is a small plant with even smaller flowers and big leaves. They usually have 3 prominent veins along each leaf which gives them their name of Three Nerved Sandwort.

Another key feature is the sepals are pointed, longer than the petals and have a whit edge to them.


Here and there were clumps of Red Campion (below). White and Bladder Campions were also found. 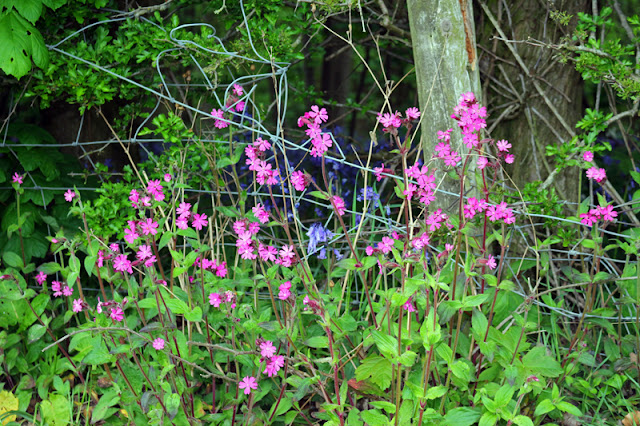 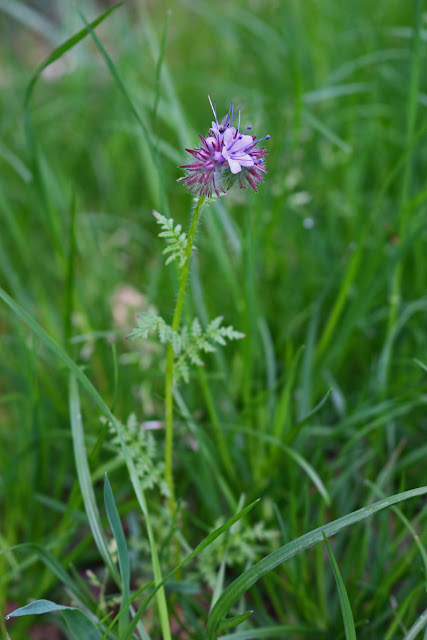 Along a field edge I found a few Tansy-leaved Phacelia growing and just coming into flower.

These are often planted as ground cover for game birds or as a crop in themselves. 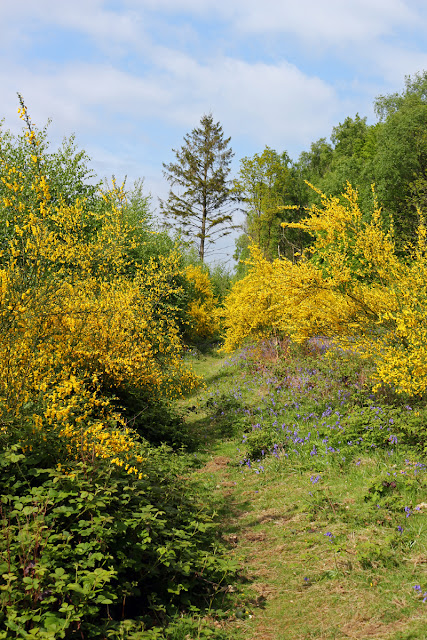 There was a pleasant walk back to the road along a woodland path, but with not too many species to be found. The obvious one in the photo is Broom with its bright yellow flowers, the blue flowers in the grasses were Germander Speedwells.

That was about it for my recording walk here. However, as I was close by, I drove the short distance to Stockbury, a Kent Wildlife Trust managed reserve.

Here the Columbines were now in full flower, always nice to see. Various colour forms are also grown in gardens and escape into the wild, but the native type has deep blue flowers with strongly curved in spurs. 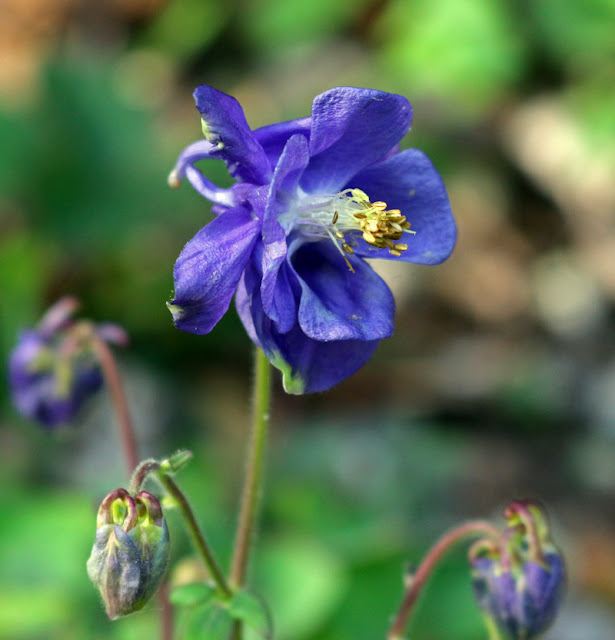 Of course, I popped in here to see the orchids, they really are a wonderful sight and I wished I had found some off of the reserve. However, it shows that unmanaged woods aren't very diverse at all as I found nothing rare or special in woods nearby, but here were hundreds of Lady Orchids. 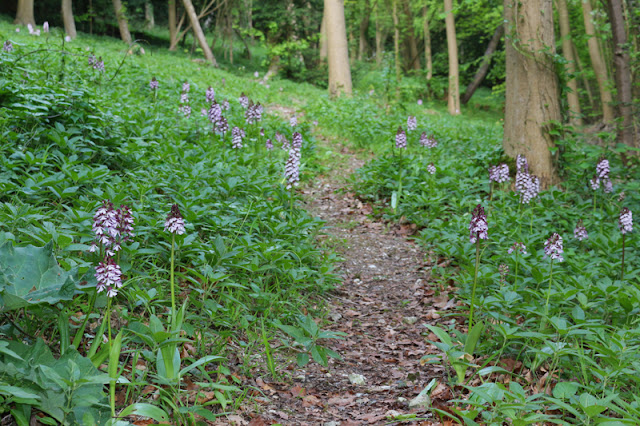 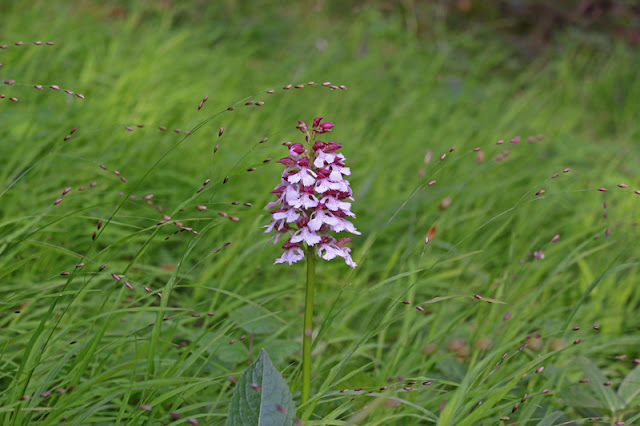 For those interested in grasses, the orchid is set within  Wood Melick,  Melica uniflora. 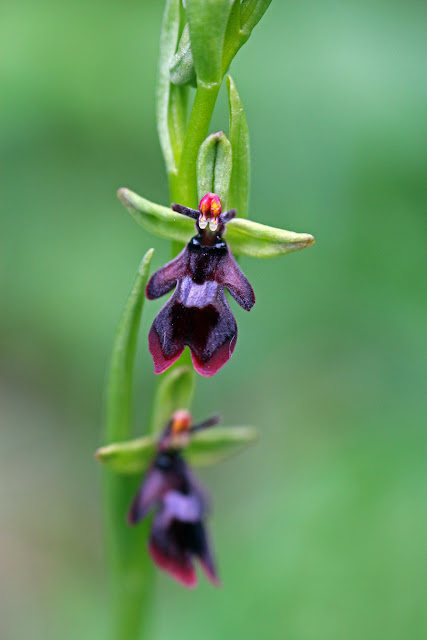 There were a few Fly Orchids as well but many people fail to spot them, even when given a precise location. They can be quite small and very thin and blend in with the undergrowth. My advice is get on your knees to look for them! 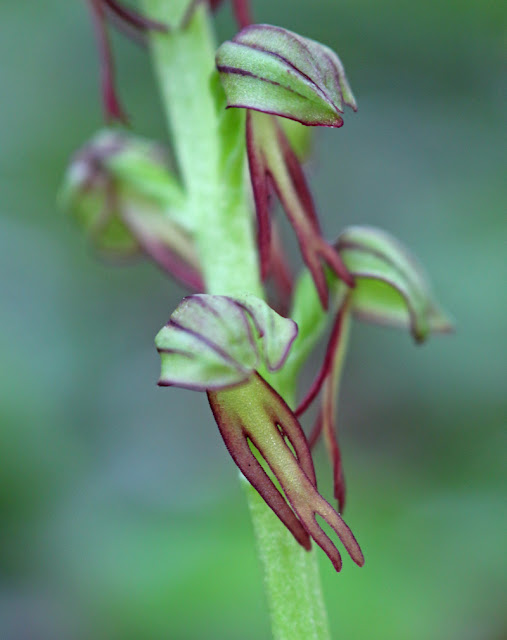 Finally, under the trees were a few spindly Man Orchids with their little men dangling down.

So ended a pleasant day's recording.