- September 22, 2018
People like you and me who care about the massive decline of our wildlife, joined in a peaceful march today from Hyde Park to Downing Street to try and make the Government listen and act to stop the continuing destruction and eventual extinction of many species of our wildlife.

I couldn't be there today, so in support of the march and its ideals, I am writing this blog to raise awareness of the plight of some of the rare plants in Kent. Some of the species I will feature will be a big surprise as they were very common just 40 years ago (when I was a teenager) but are now listed as vulnerable to extinction in the wild or worse!

There will be several parts to this blog so as to give publicity to a wide variety of our wildflowers that are now in big trouble.

Endangered in England and GB as a whole and rare in Kent.
Once common in arable fields it has now declined to just one sighting of only 7 plants in a field edge in East Kent since 2000. It's been pretty much wiped out by intensive farming and the application of herbicides. I have yet to find any in the wild in Kent (or elsewhere) and I took this photo of plants being grown at Kew Wakehurst - Millenium Seed Project. 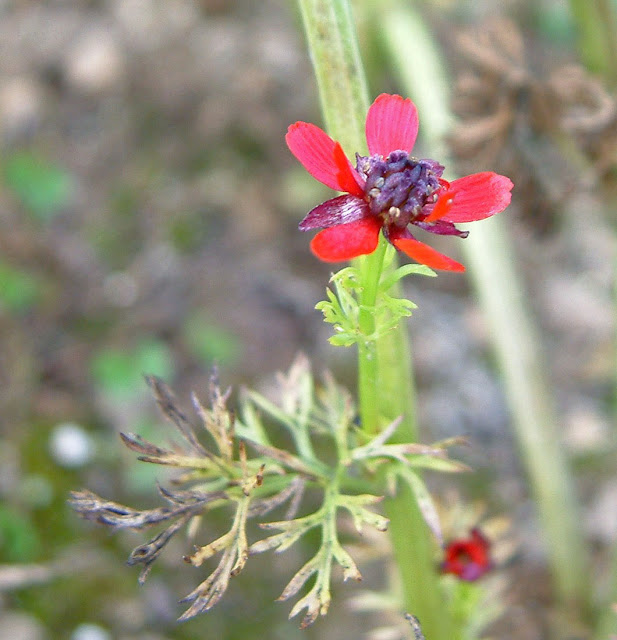 Endangered in England and GB as a whole and uncommon in Kent, this is a species that favours dry, disturbed chalk habitats. As Kent has plenty of chalk, the county is one of the last remaining strongholds left for this wildflower. It's mainly found on the chalk either side of the Medway Gap.

Its decline is due to intensification of arable farming, including the use of herbicides and nitrate fertilisers and ploughing of headlands and fallow; the decline of rabbits from 1954; the abandonment of fallow field farming on the North Downs and the development of scrub and woodland instead; and the destruction of chalk downland habitat. 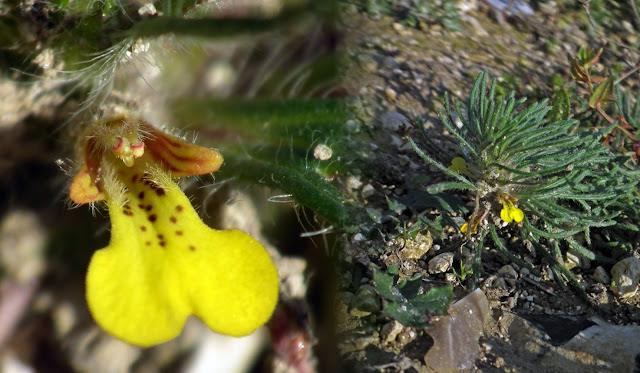 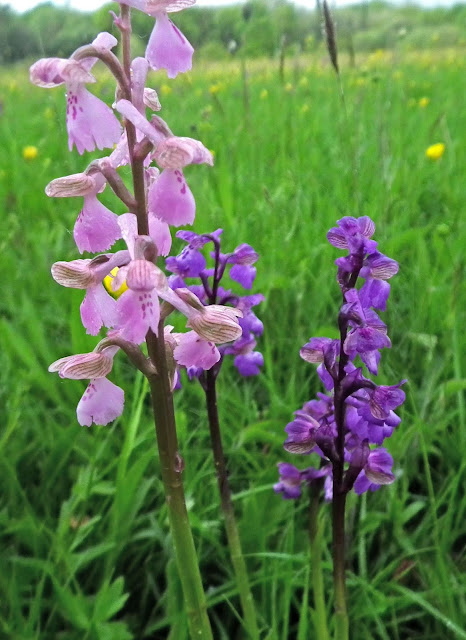 Near threatened in GB as a whole and considered Vulnerable to Extinction in England as a whole.

It is a much loved and oft photographed flower of the Spring.

Right up to the 1960s it was considered abundant in Kent found in 24 tetrads. However, by just 1982 this had reduced to just 17 tetrads. However, recently the population has stabilised and possibly increased due to conservation efforts.


Threats to the species may arise from habitat damage or destruction, but are more likely to relate to lack of grassland management. 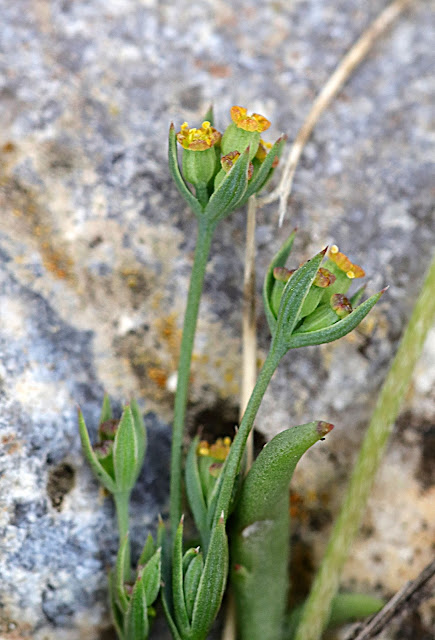 Nationally Scarce and Vulnerable in the UK as a whole.


This is a small plant found on the landward side of sea walls in coastal grazing areas where there has been some disturbance.

The Kent population has remained stable, but it is threatened by a lack or discontinuance of grazing and poaching/disturbance of the soil.

Currently designated as of Least Concern but due to a 21% loss in England from 1930-1969 to 1960 to 1987 it is now Vulnerable to extinction in the wild.
I bet that's a surprise for some, especially those that are surrounded by miles of flowering Heather in early Autumn each year. Habitat loss is the biggest concern, with heathlands scrubbing over from neglect or lack of grazing, shading out the understory plants. In Kent the decline is about 11% from 1980 to 2005 as heathlands disappear to development and scrub. 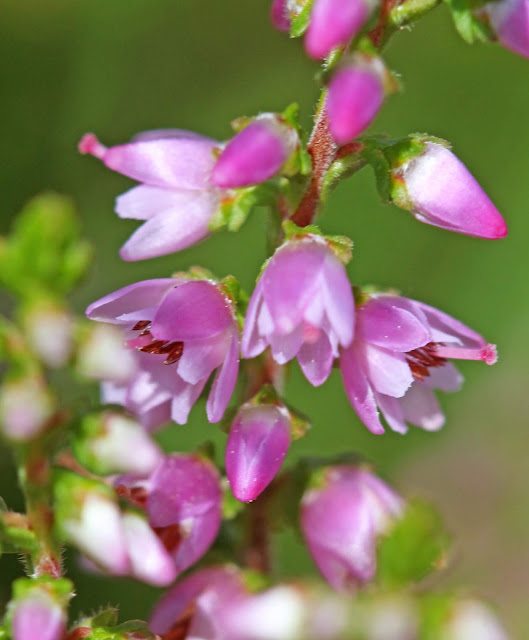 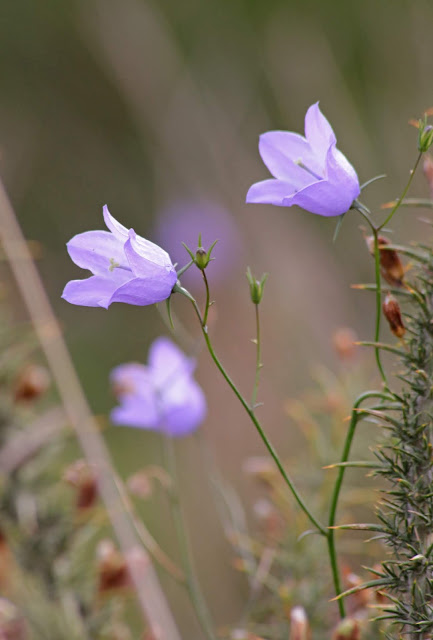 Another surprise! These plants are everywhere right? Perhaps so, but read on for the disturbing news.

In England considered to be of Least Concern, however, there has been a decline in recent years leading the species to be considered Vulnerable to Extinction.

Losses included building development, ploughing and farming and of great concern, the species appears vulnerable to increased Nitrogen deposition from the atmosphere.

Very worrying for a once very common plant.

Classed as Vulnerable in England. This small but colourful plant likes disturbed chalky ground and was formerly a common agricultural weed.  Due to changes in agricultural practices, herbicides and intensification it is on the decline.. 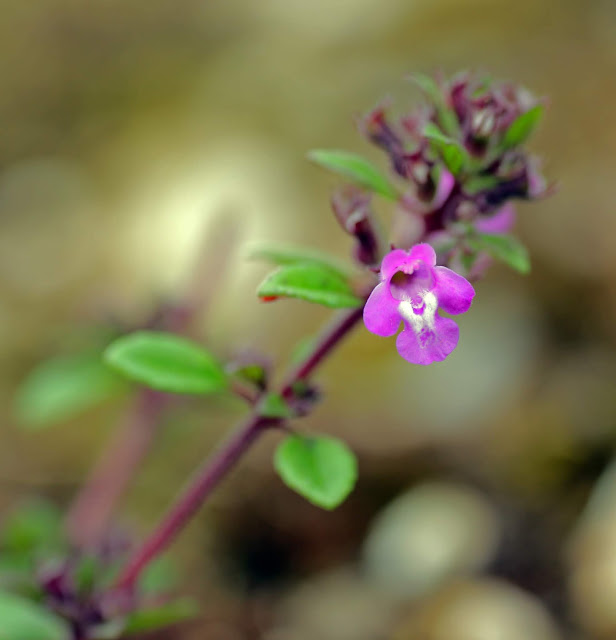 Vulnerable to extinction in the wild. A parasitical plant of species such as Wood Sage, Broom and numerous other plants, it has become increasingly scarce in Kent. From 1971-1980 to 1991-2005, there had been a reduction in finding this by almost half. Since then however, more sites have been discovered and the population decline is not as drastic as previously thought. 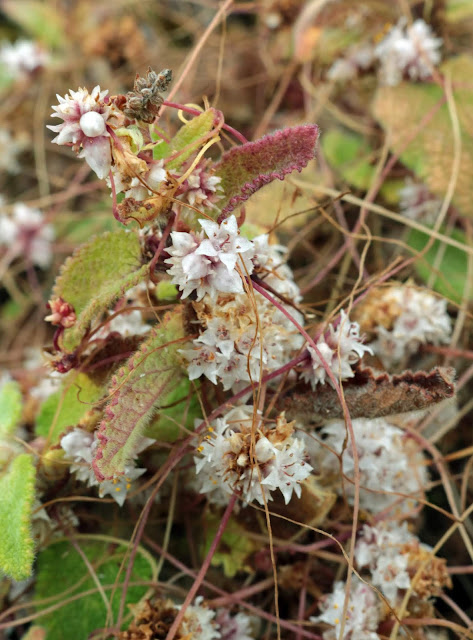 Endangered in the UK. This species has been in severe decline since the 1930s and by 1980 could only be found at 17 sites nationally. In Kent, the decline was 97% over this period so that it is now found only at a very few sites in the county. It requires some disturbance to thrive. The major threats being herbicide spraying and scrubbing over of sites through neglect. 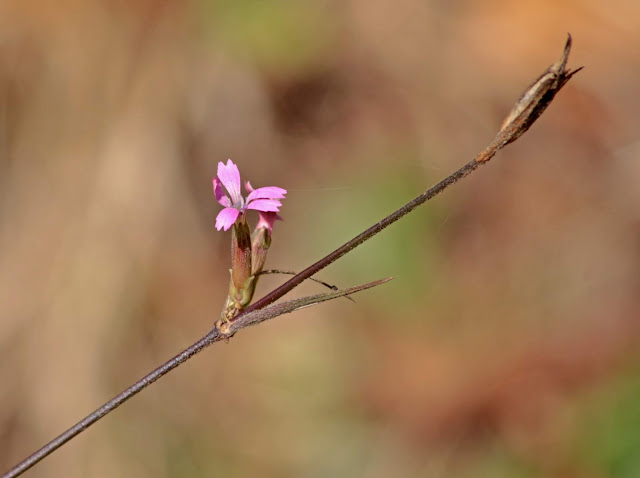 Listed as Critically Endangered in GB thus in severe danger of becoming extinct in the wild. It is mostly found in the SW of England and is rare in Kent.  It needs open ground with poor nutrients and low competition to thrive. Habitat loss through agricultural practices, development and mostly scrub encroachment are factors in its rarity. Only found historically at 5 different sites in Kent, only 3 now remain, and one local to me is in danger of scrubbing over very soon.
The photo below shows scrub encrochment at the Darenth site -I intend to take some secateurs and cut back scrub over the winter as the site is obviously not now being managed. 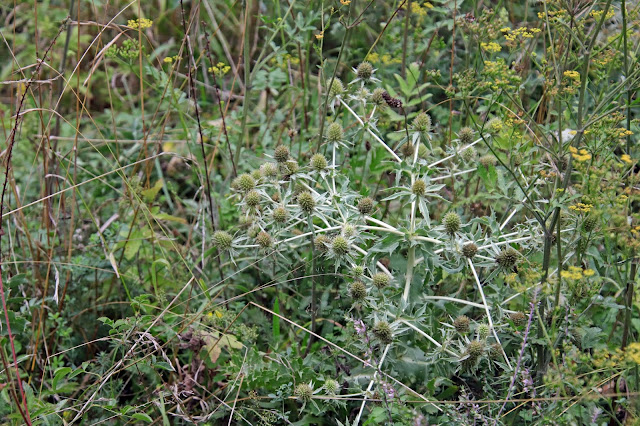 Similar to a white Sea Holly to which it is closely related. 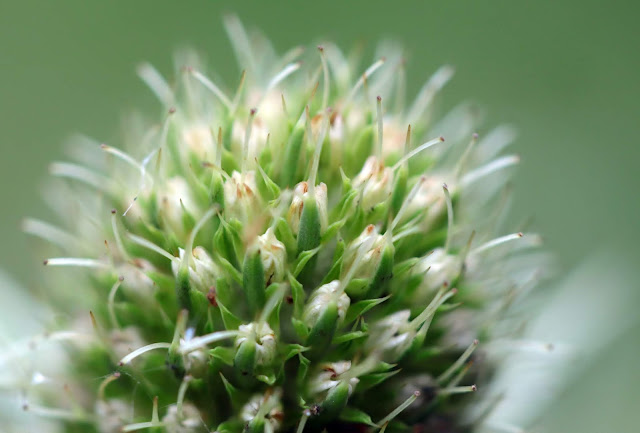 This is another once very common plant whose inclusion on Kent's Rare Plant Register may be a surprise to some. It is now listed in England as Near Threatened, meaning it is at risk of extinction in the wils at a future date if current trends continue.
Fro 1930 to 1999 it has declined by 29% in England. In Kent is has declined by 23% from 1971 to 2005. 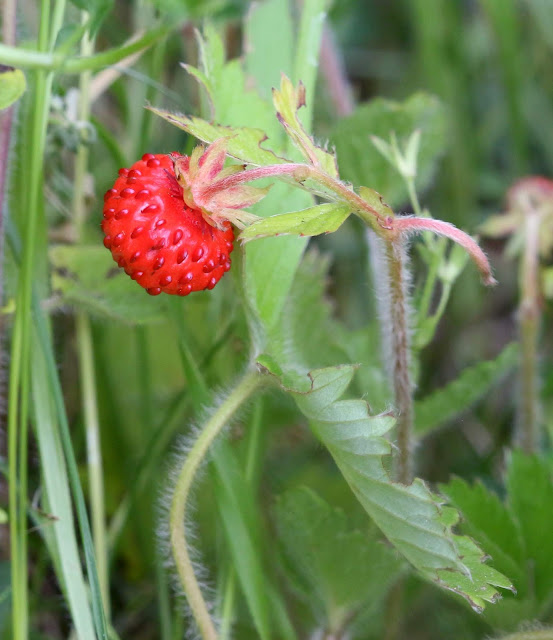 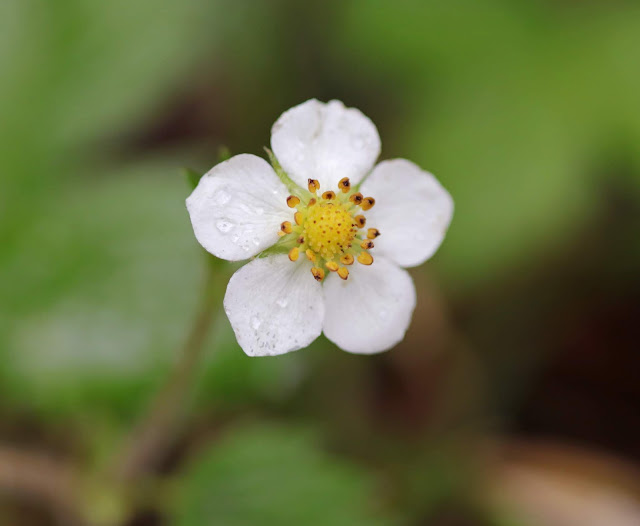 Critically Endangered and at high risk of extinction in the wild.
This was formerly a widespread weed of arable fields and waste ground. It requires disturbance to thrive.
To cut a long story short, in 1899 it was found all over Kent, but by 2017 it was restricted to the shingle areas of Dungeness and surrounding locales only. It became extinct as an arable weed sometime around the 1970s in the county. Agricultural intensification and herbicide applications have been its major threats. 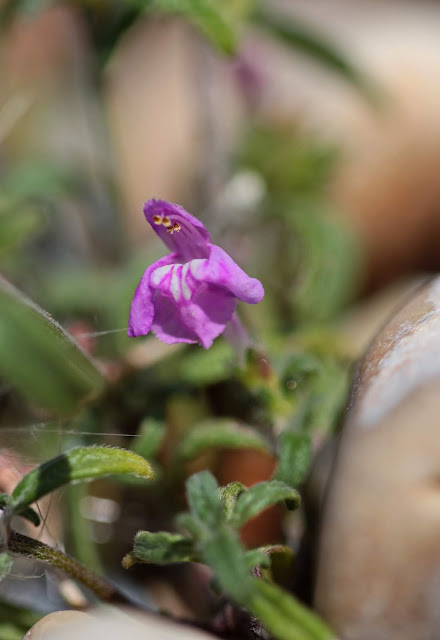 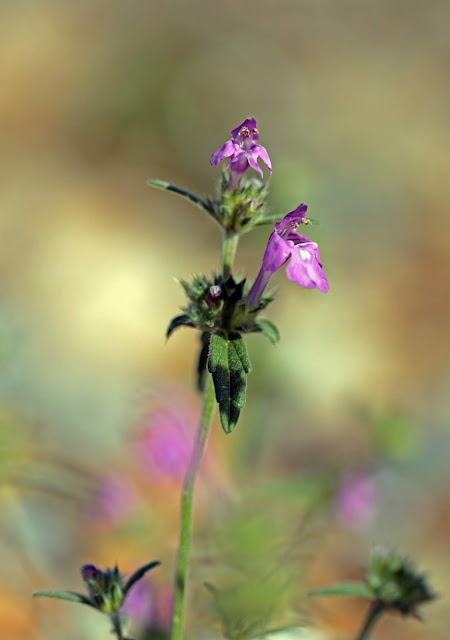 Endangered in England with a high risk of extinction in the wild. The Musk Orchid is a plant of the South of England only. As such, with the whole of the UK population in one area, it is very vulnerable. Between 1930 and 1999, the chances of recording this species fell by 54%! In Kent from 1980 to 2005 there was a 50% reduction in where it was found, a very worrying trend.
It requires short turf on calcareous soils to grow, thus loss of habitat from scrub encroachment or agricultural use are the biggest threats. however, there is some worrying evidence that drought and hot summers may adversely affect this plant, thus in the near future, climate change may hasten further losses. 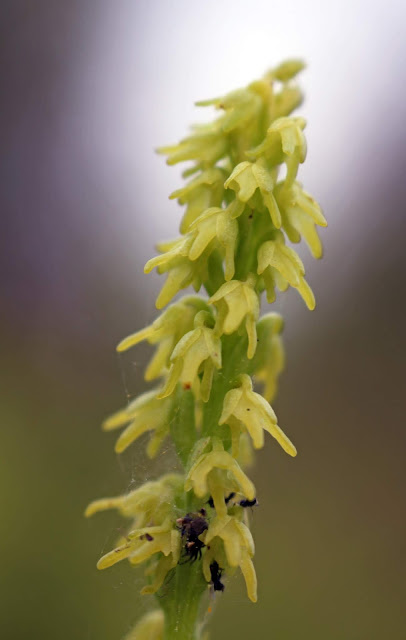 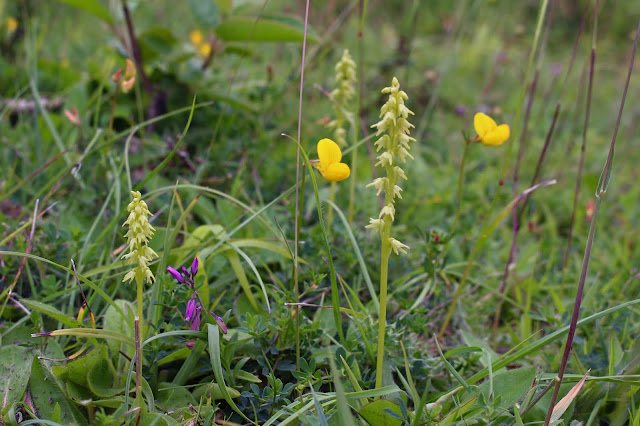 Vulnerable to extinction in England due to a 39% decline from 1930 to 1999. Almost exclusively confined in Kent to the Dungeness area, though very old records show it was found in now unlikely places such as Plumstead, Bexley and Dartford. Through the mid 20th century scattered records were found of this species around both East and West Kent, all now gone. It requires short turf and thin acidic soils to thrive. Losses to development, agriculture and scrub are the likely causes for decline. 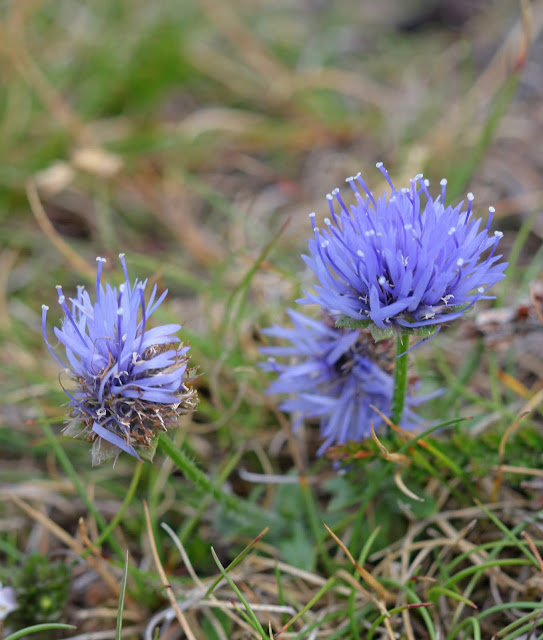 That's it for this part of the blog.

I will continue this blog with some more examples from Kent's Rare Plant Register soon.
I would like to thank Geoffrey Kitchener and the Kent Botanical Recording Group for much of the data used in this and subsequent blogs. Full species accounts and a list of Kent RPR species can be found at https://bsbi.org/kent (click on your own county on the map at https://bsbi.org to see your own local flora group).

Thanks also to Chris Packham and all those who marched on 22/09/18 in London for the People's Walk for Wildlife to which this blog is a tribute.