What is nice about botanical recording is that every week thrughout the year I go somewhere different, so as to record as many monads as possible for the BSBI 2020 atlas. Platt is not an area I would normally think to have a walk in, but my route took me into some picturesque and peaceful countryside, which combined with the colours of early autumn were simply beautiful. 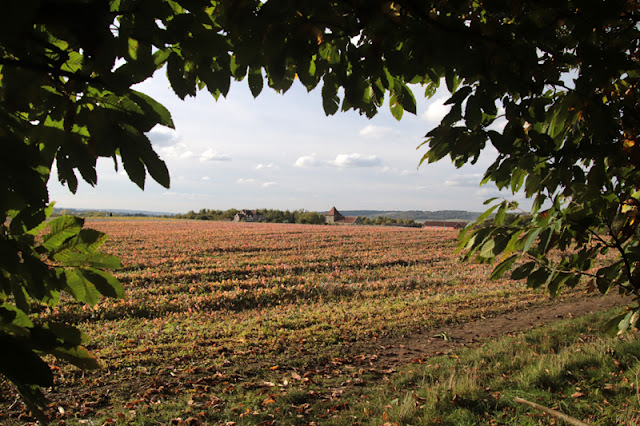 Of course, as Autumn progresses, things other than plants pop up here and there. 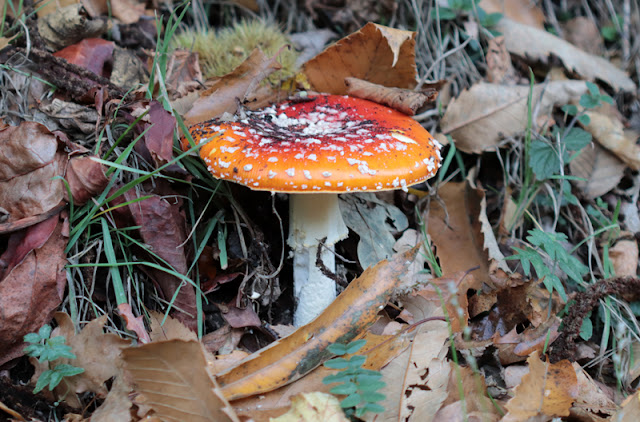 The weak sunlight appears intensified in the flowers of Sun Spurge - aptly named and found in many field edges. 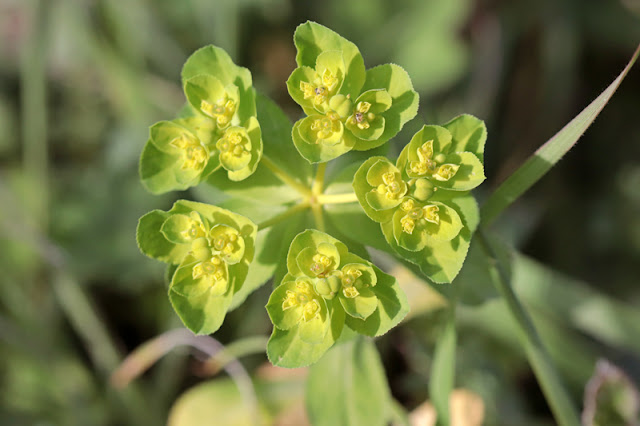 How often do I closely look at a Hogweed flowering in the Summer? Yet when they become fewer as the Autumn progresses, my heart is warmed by the sight of any wildflower and this Hogweed looked stunning. You can often find delightful pink flowered forms at this time of the year as well. 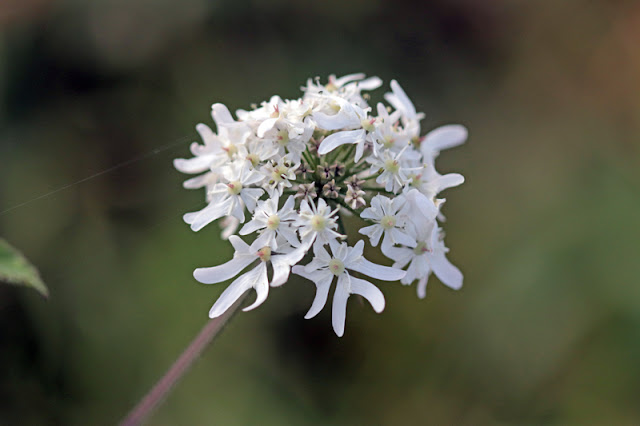 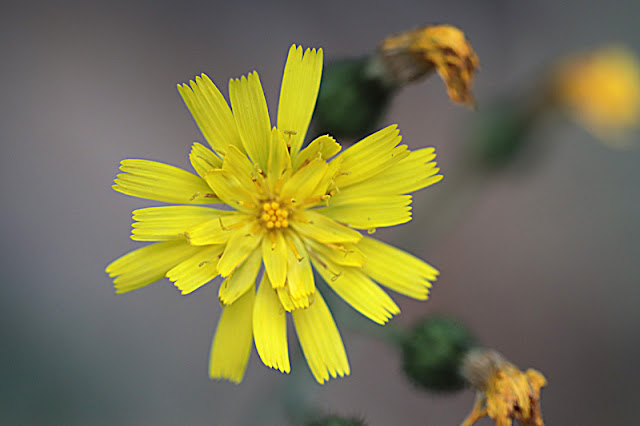 Early Autumn is the time when Hawkweeds become abundant in the rural lanes of Kent. There are numerous micro species and I wouldn't know how to separate them out. 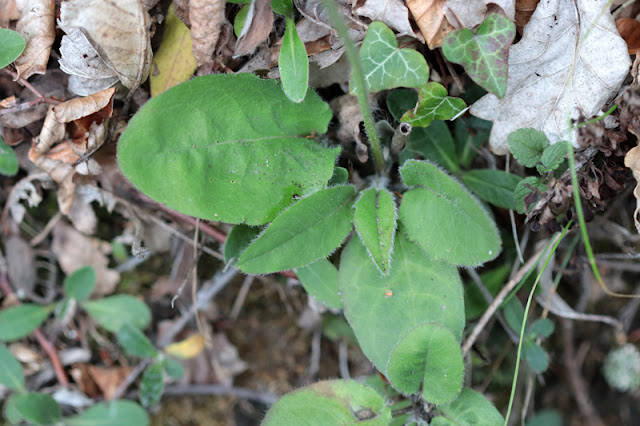 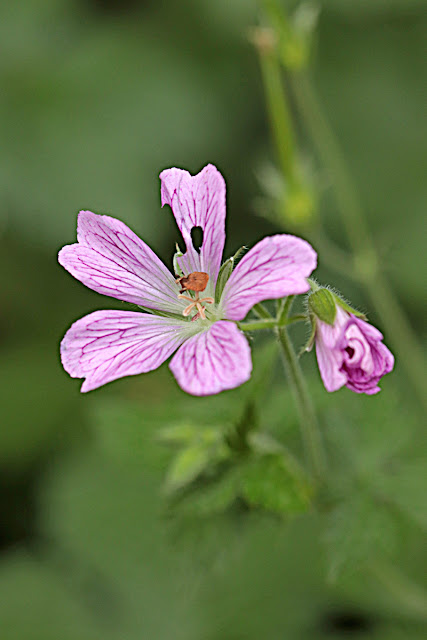 A solitary but large Geranium in a road verge caught my eye.


I'd seen this several times before, so knew it's identify straight away.


It's the hybrid between French and Pencilled Cranesbills, a garden escape called Druce's Cranesbill. 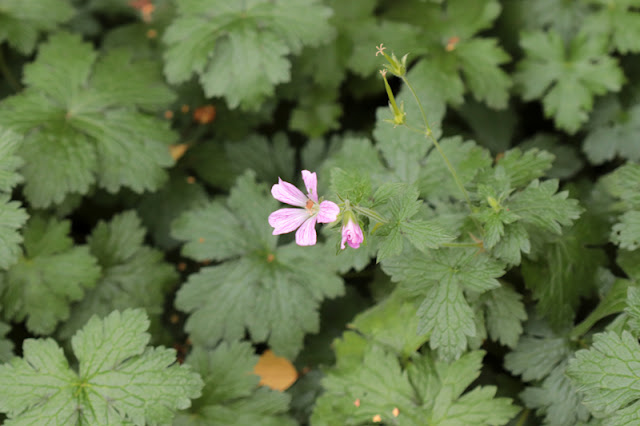 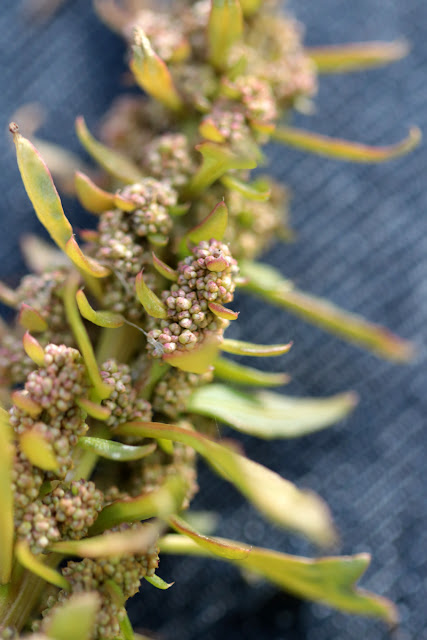 Near a manure heap were numerous Chenopodiums growing. 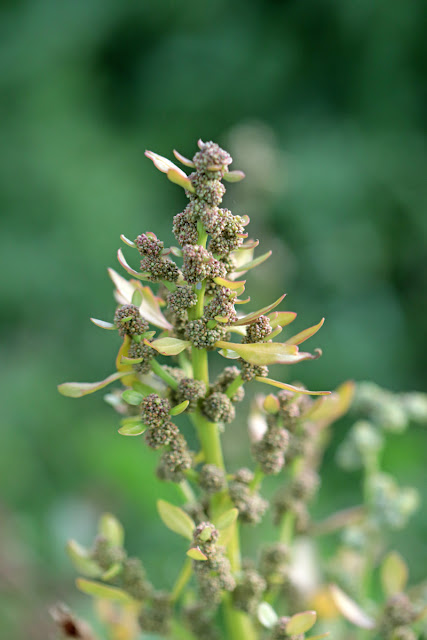 There were over 20 plants and no two had the same shaped leaves, upper or lower. 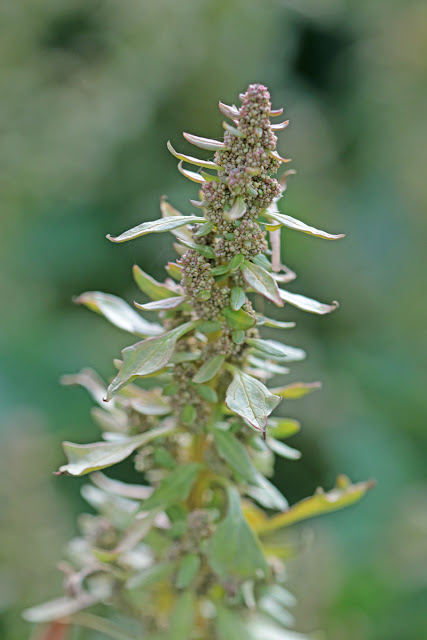 Both Chenopodiums and Atriplex have highly variable leaves and other characteristics need to be looked at as well.


A process of elimination and some help from other botanists, led to the ID of Red Goosefoot.

A Holly tree was reminding me that it will all too soon be the season to be jolly! 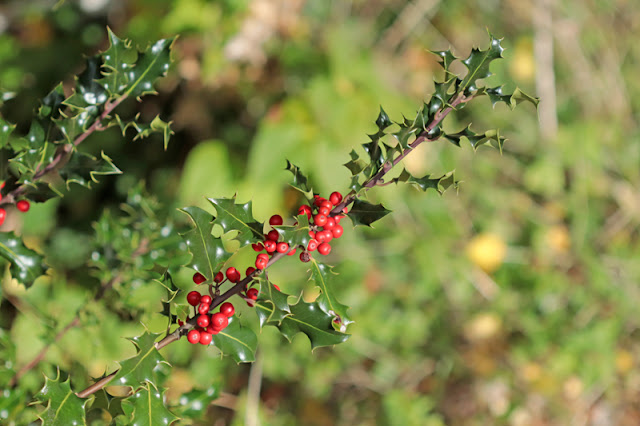 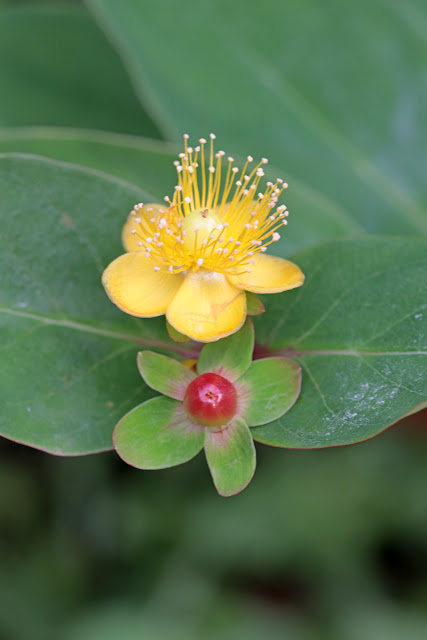 The bright yellow compact flowers of Tutsan, along with their reddening berries make them a big hit with gardeners.

However they are a native species and often found in woodland edges, like this one was. Planted by nature! 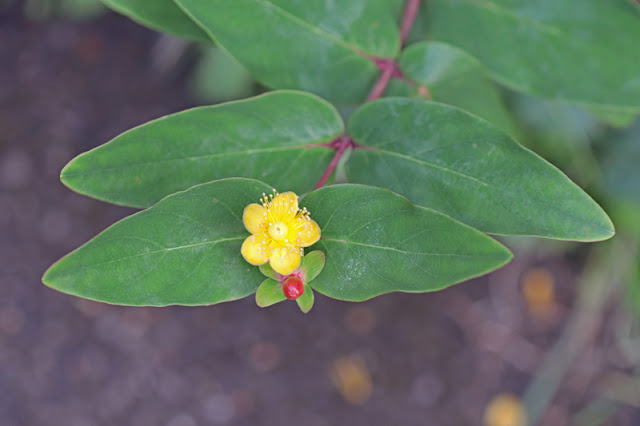 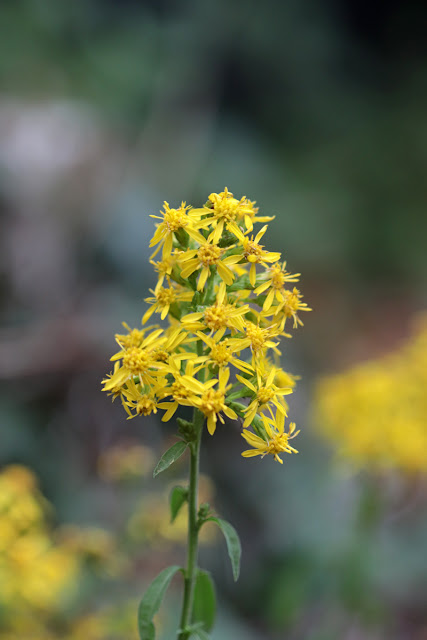 It's nice coming across a stand of bright yellow Goldenrod flowers, all the more so as they are a Kent RPR species and in decline. 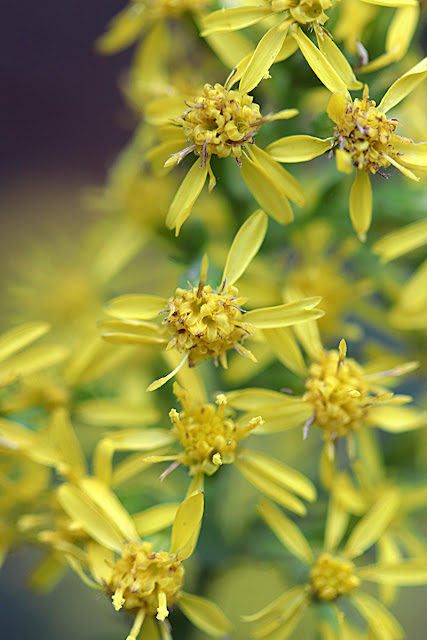 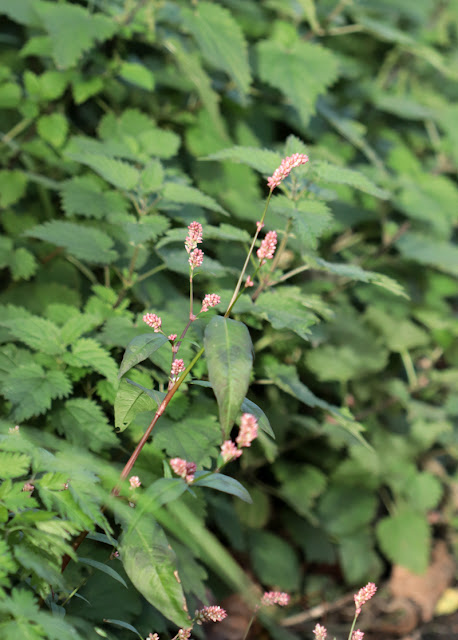 The red/pink flower heads of Redshank. This photo also shows the typical leaves with their dark blotches midway along them. However, Redshank and Pale Persicaria are very close in form. Both can have the same colour flowers and have the same leaves. Always check out where the leaf stalks join the stem.

If you find a fringe of hairs along the top edge you have Redshank, if not then it's Pale Persicaria. 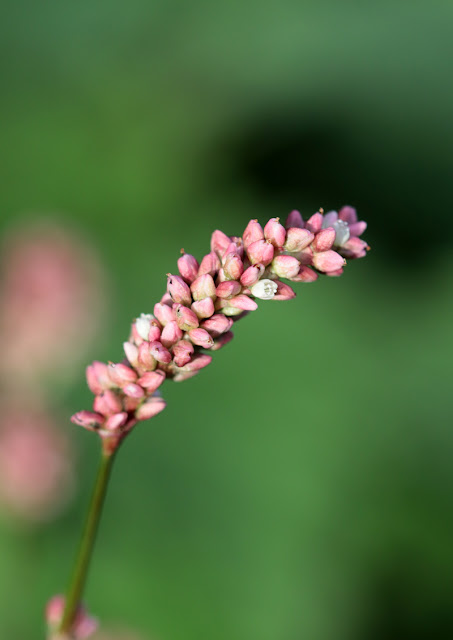 Another fine Autumnal view from an arable field near Platt looking north to the chalky North downs at Wrotham Hill. 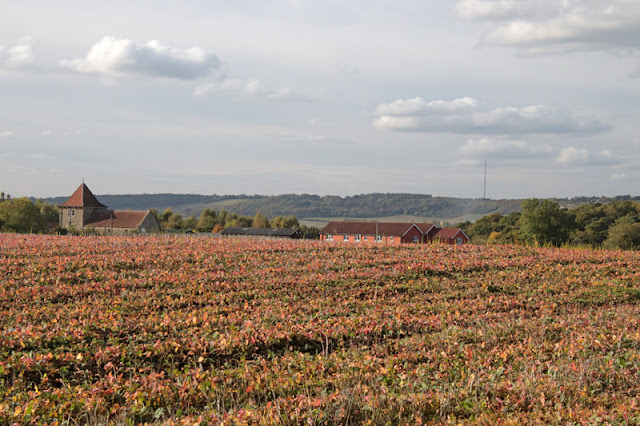 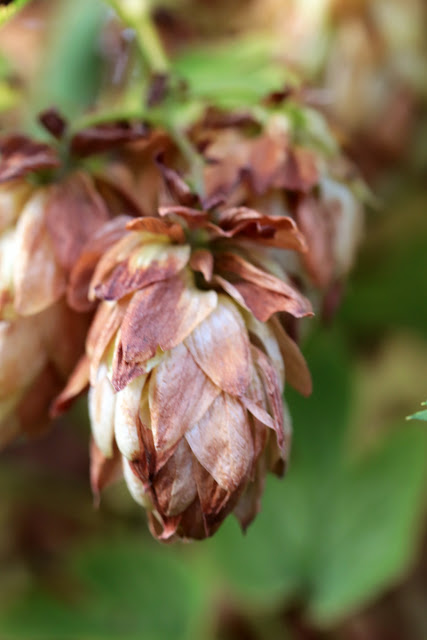 Hops are a common sight in West and North Kent and very noticable once the fruit (hop) forms. If there are no fruits to be seen, look for massive 3 lobed leaves climbing through hedgerows and road verges. 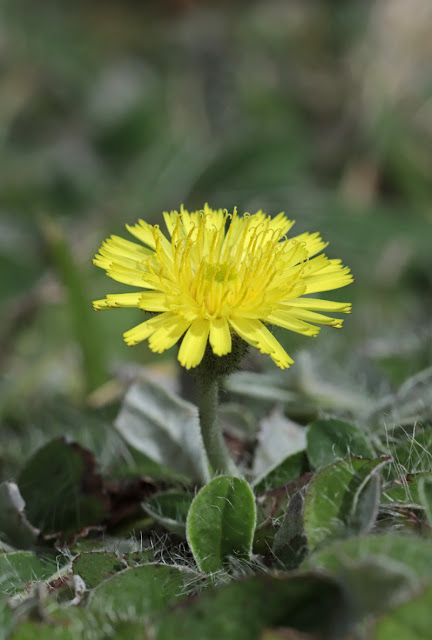 This fine small flower is one I usually see on the chalk turf or in thin turf on the coast.

This was found in a churchyard where its wall met the rural road. 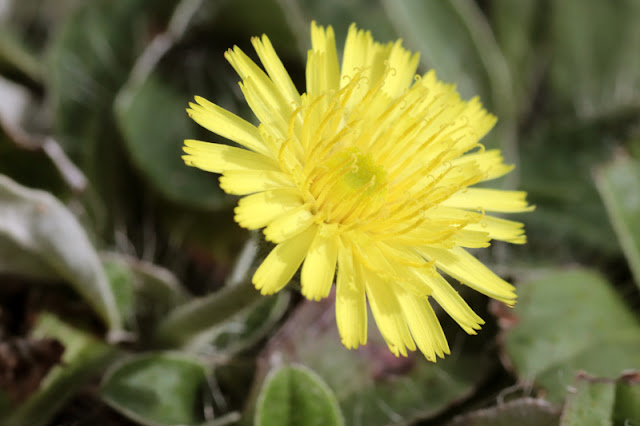 Another road verge nearby produced some of its relatives, though coloured bright orange with fiery flowers. The naturalised beauty of Fox and Cubs. 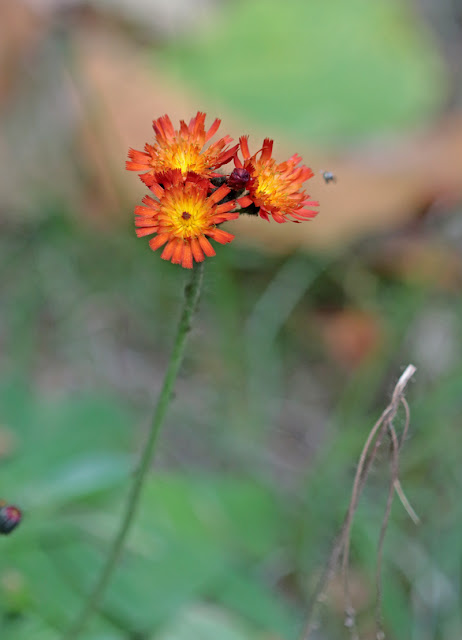 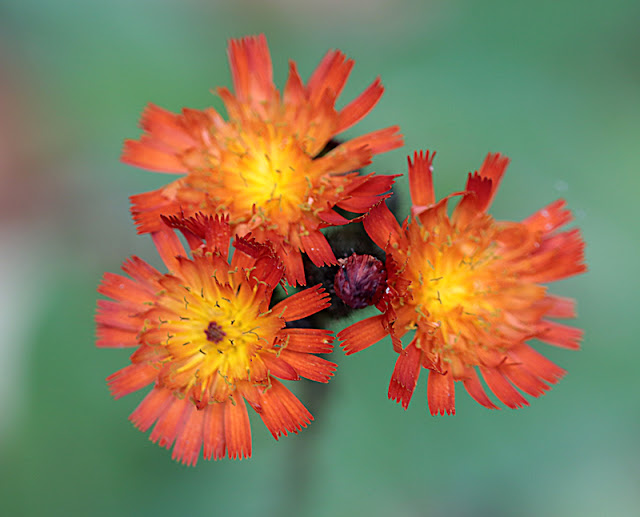 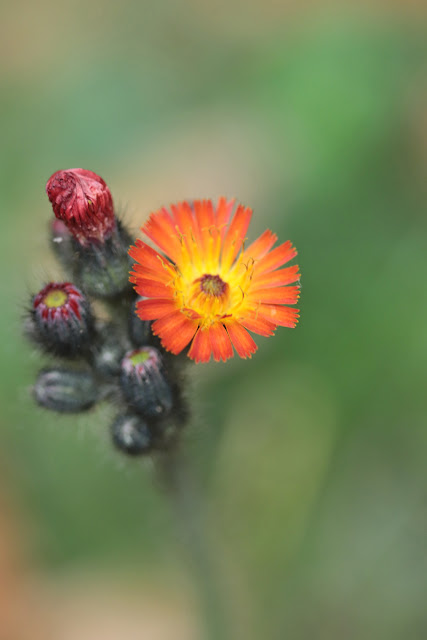 An arable field had a lot of these Wild Radish growing in it, no doubt originally planted as part of a fodder crop. This species tends to persist though for many years after sowing. 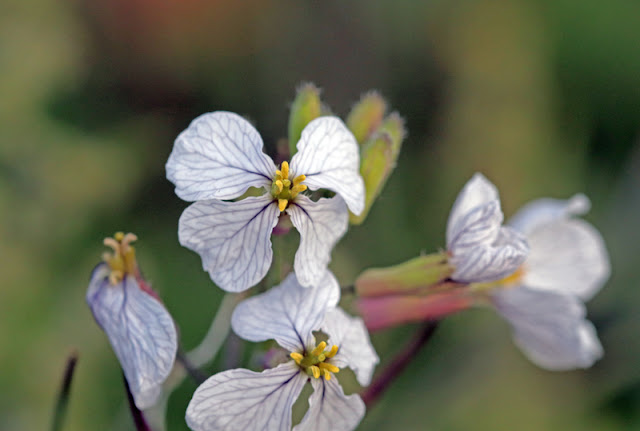 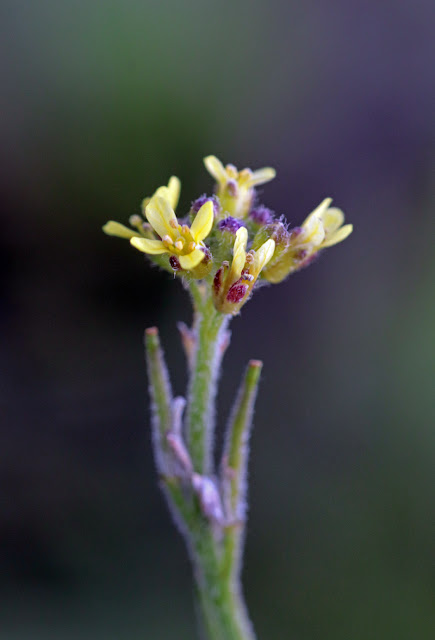 This is Hedge Mustard. It's very easy to identify as it has clusters of extremely small yellow flowers at the tip of the plant and quite large triangular lobed lower leaves.

It's very common, but rather hard to photograph in the wild. The slightest breath of wind produces a blurred photo at this sort of magnification.

Scentless Mayweed seems to be present in most field edges, whether sprayed or not. They have a delightful moderate sized daisy like flower that brightens up the fields even into the frosty weather. 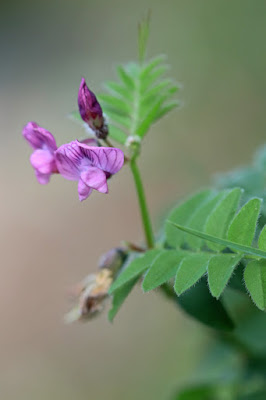 A road verge Bush Vetch was the last plant I photographed. These also will flower until the frosts arrive.

Autumn is amazing but so transient. Once the leaves turn and look beautiful it seems they are then fallen and gone so quickly, leaving bare trees for months on end thereafter. 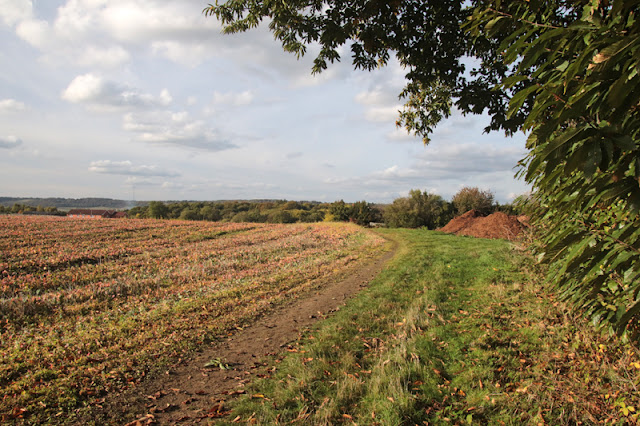 I certainly enjoyed this walk and I hope I helped take you there in your imagination to this quiet and peaceful part of West Kent.