On arrival at the car park at Rye Harbour, we were astonished at the huge amount of people thronging the path to the coast. We have never seen it this busy with people shoulder to shoulder packing out the path. Given the supposed 2m social distancing rules, this was not for us, so we walked away from the beach and along by Castle Water which was virtually empty of people. Here are some of the plants I photographed here.

Viper's Bugloss is an attactive plant on its own, but here was a shingle bank covered in it. It was quite a spectacle and the plants were full of bumblebees. My attempt at a backlit sunlit photo didn't really work! If you are thinking of planting a wildflower garden, especially in poor soils, consider planting these, they are fantastic. 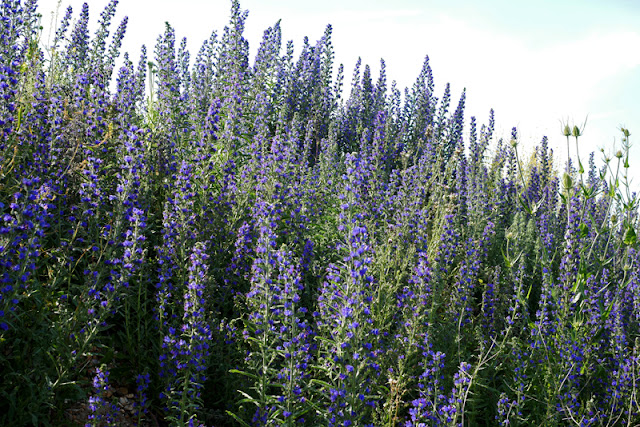 Behind Rye Harbour church was a damp area full of Field Horsetail interspersed with Common Spotted Orchids, a combination I'd not come across before. 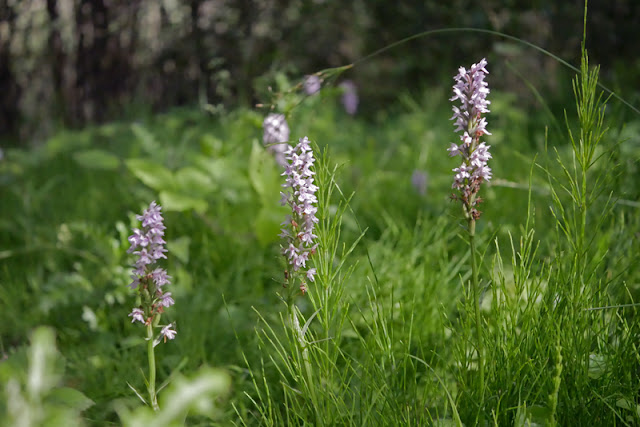 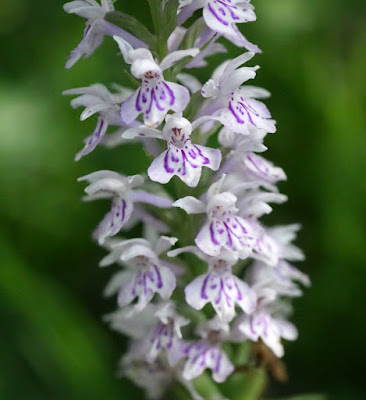 These plants looked fantastic close up.

I thought this was the perfect grave, covered in Pyramidal Orchids at Rye Harbour Church. 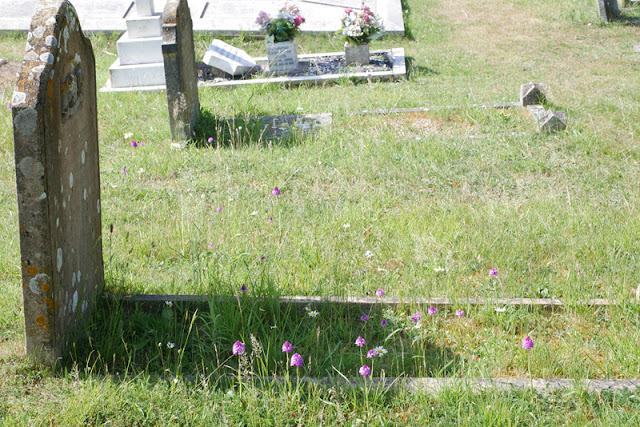 Biting Stonecrop on the shingle, just coming into flower. When all are in flower, large yellow carpets cover previously bare looking shingle and look great. 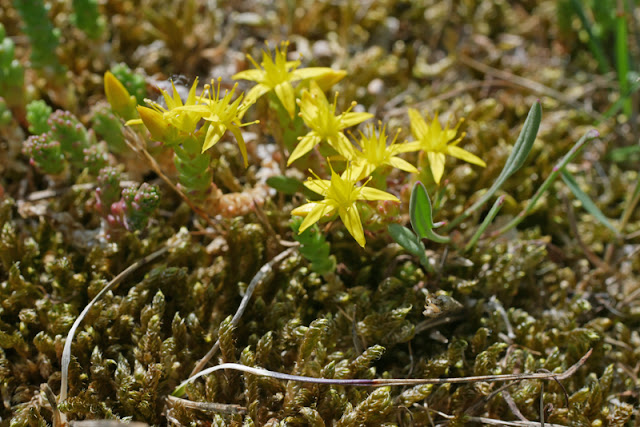 Another common stonecrop here is White Stonecrop, which oddly, given how common it is in the south east, is not native here but escaped from gardens and such like. It is native in other parts of the UK like the south west for example, though it is present there along with the similar looking English Stonecrop too. 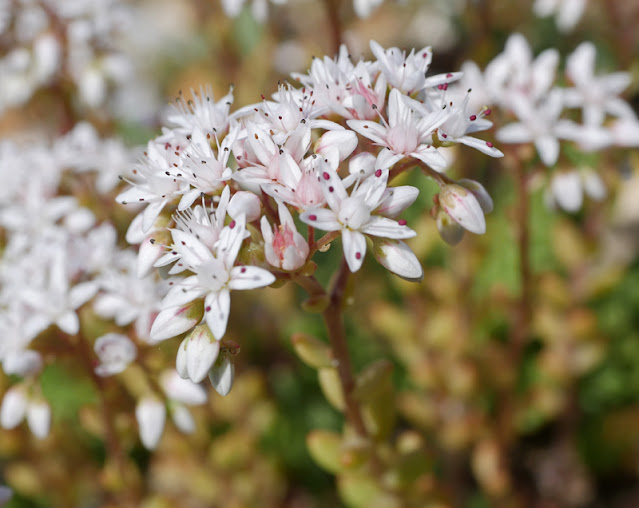 Large flowered Evening Primroses are common in the shingle too. They are worth checking as there are several species they could be. So much so, there is even a field guide book issued by the BSBI to help identify them. 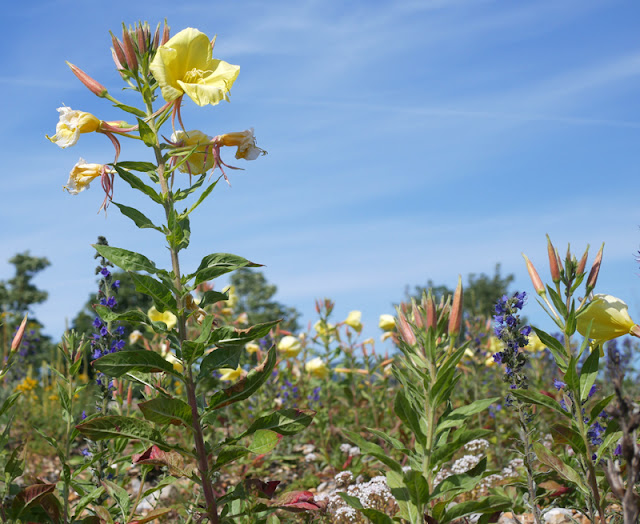 Strongly reflexed sepals and anthers protruding well out of the trumpet like petals identify this one. 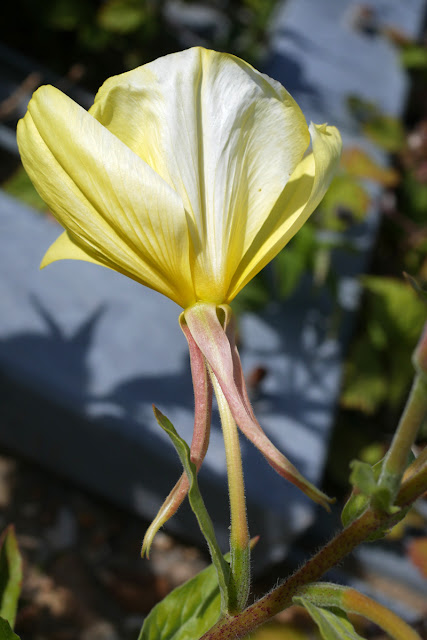 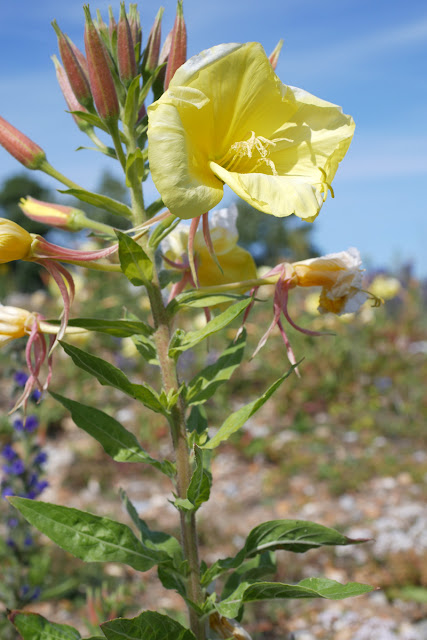 Mulleins are common around here too and they can require careful observation of details to identify. This one was all over the path to Castle Water, Twiggy Mullein. 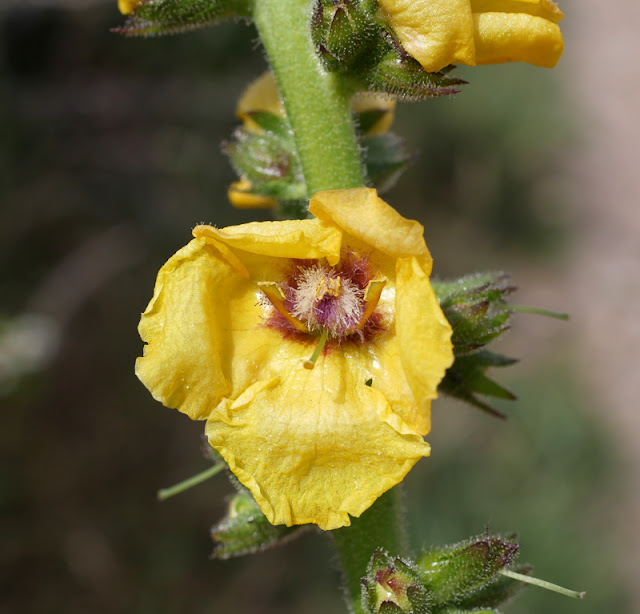 Moth Mullein is similar but has numerous flowers per axil, this only has the one, hence its skinny "twiggy" look. 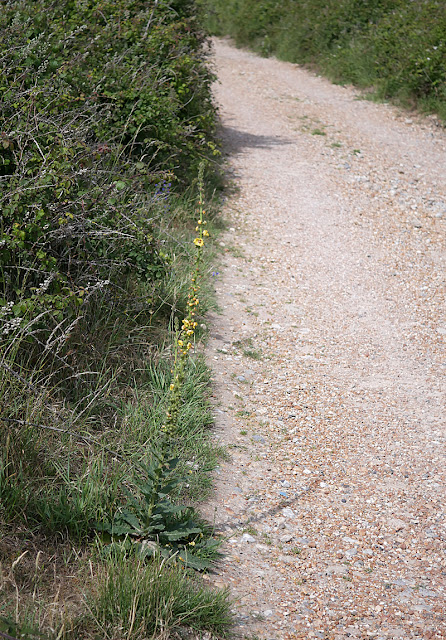 Another plant that quickly colonises bare shingle is the Opium Poppy. This magnificent specimen was behind a fence so I couldn't get close to it, but it was still an impressivly large flowered specimen. 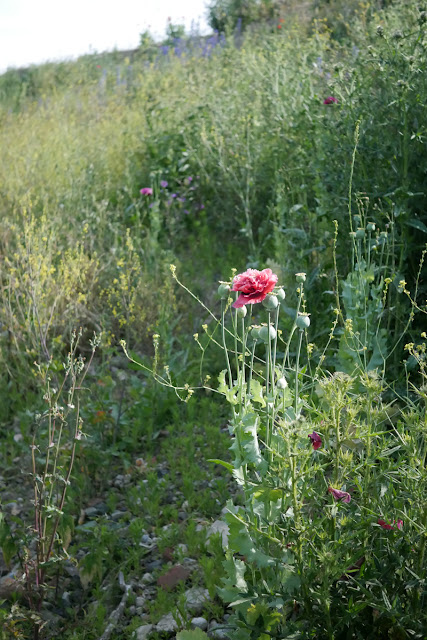 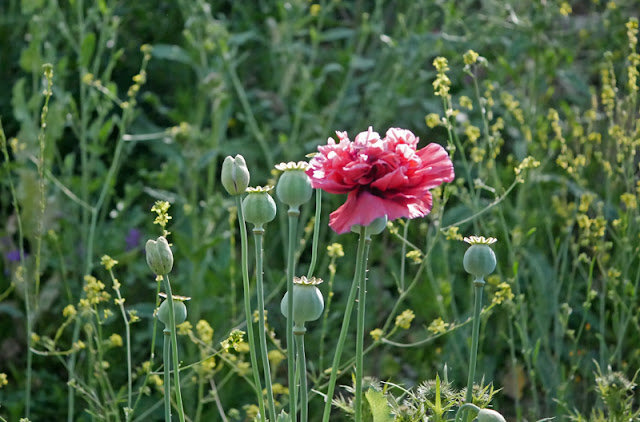 A short drive along the coast to Pett Level found these Sea Kale plants, some with flowers still out, but most now in seed. These seeds float and are swept away by storms to colonise new areas. Always worth looking around the storm high tide mark as Sea Radish, Sea Rocket, Sea Spurge and Sea Pea and just some of the plants that could be found in such places as well. 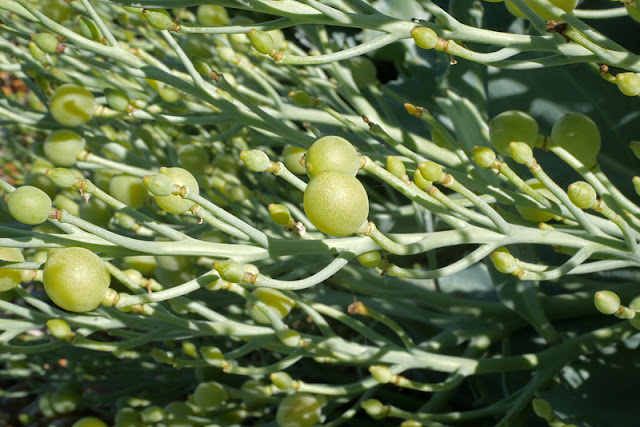 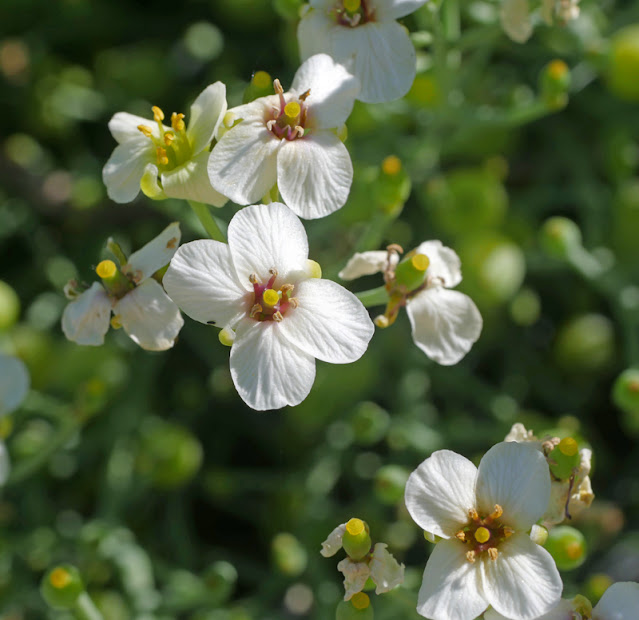 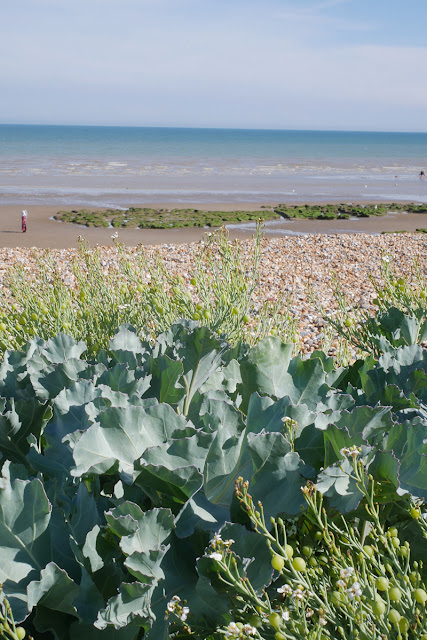 I hope you enjoyed this trip to Sussex as much as we did. If somewhere is crowded, go somewhere else, don't risk spreading covid-19 or catching it by going with the crowds. Take care,