Wrotham Water is a rural country lane at the feet of the North Downs with virtually no habitation near. I botanically recorded the area in Autumn last year but returned now to see some of the Summer flowers that I missed on my last visit. Here's some of what I found.

Nettle leaved Bellflowers are found all along the scarp slope of the North Downs and here was no exception. The flowers resemble Harebells but are much larger and the leaves are like nettles. 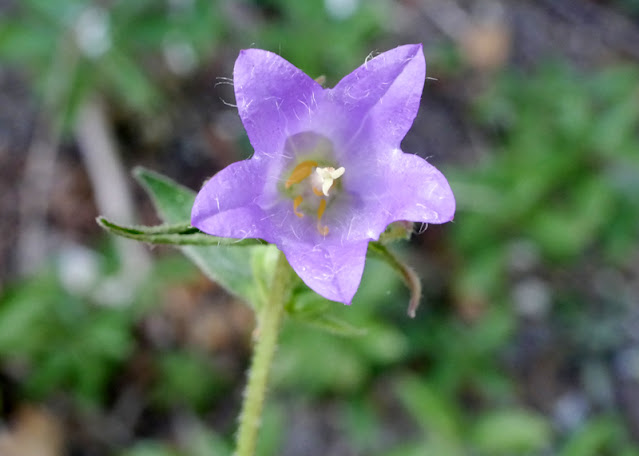 Common Centaury is usually less than two feet tall with multiple flowers. however if you find a tiny one, look for a basal rosette. If present it's this plant, if not it's a relative! There is a BSBI field guide to tell them all apart which is worth getting. 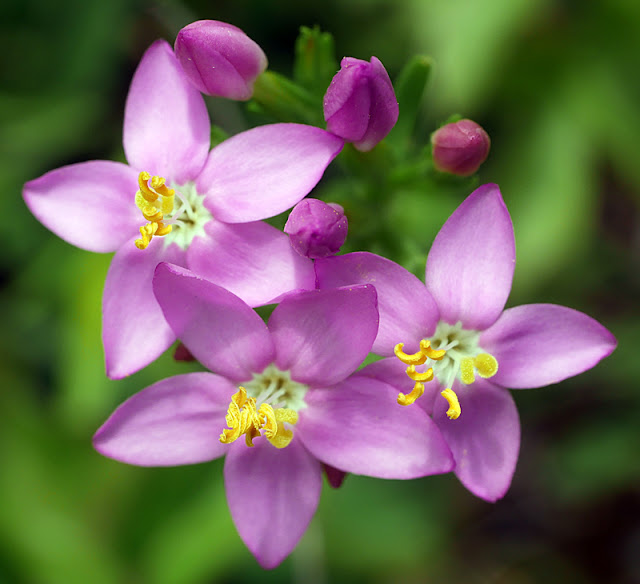 Below is Long stalked Cranesbill which is one of the less common of these small wild Geraniums. It's the only small Cranesbill with a long stalk so is easy to identify when in flower.
Geranium columbinum 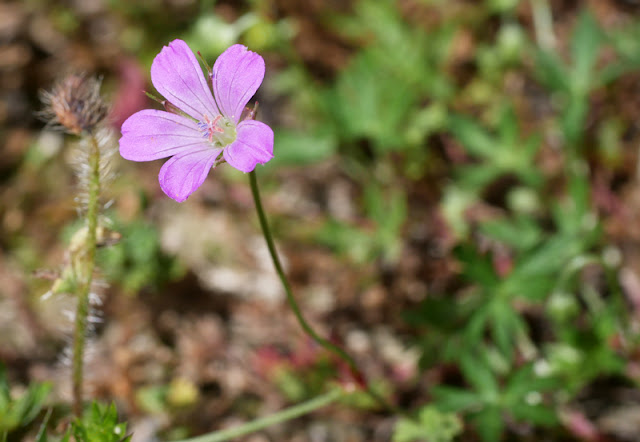 An odd find here was a Snapdragon, given that there were no gardens or habitation near.
Antirrhinum majus 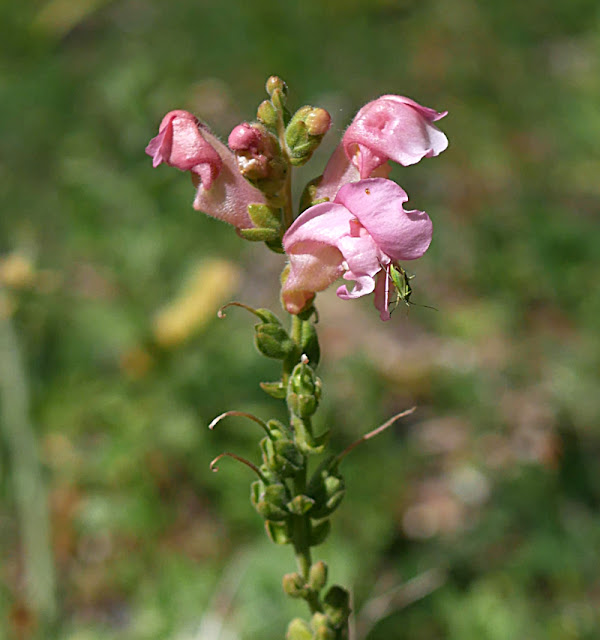 Narrow-leaved Birdsfoot Trefoil is relatively common in north Kent though it seems to be absent from large areas of the UK. this photo shows the leaves being as least 4 x longer than wide, topped by a pair of pale yellow flowers. It also tends to be upright to a height of around 10" tall. 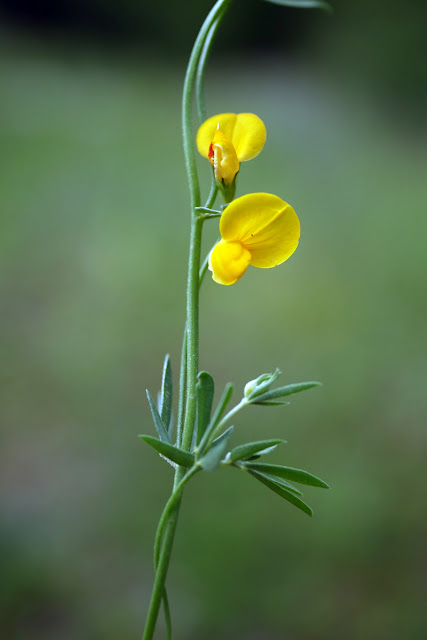 Of course, orchids were present being so near to the chalk. Here's a close up of a Chalk Frgarant Orchid trying to imitate the densely packed flowers of Marsh Fragrant Orchid. 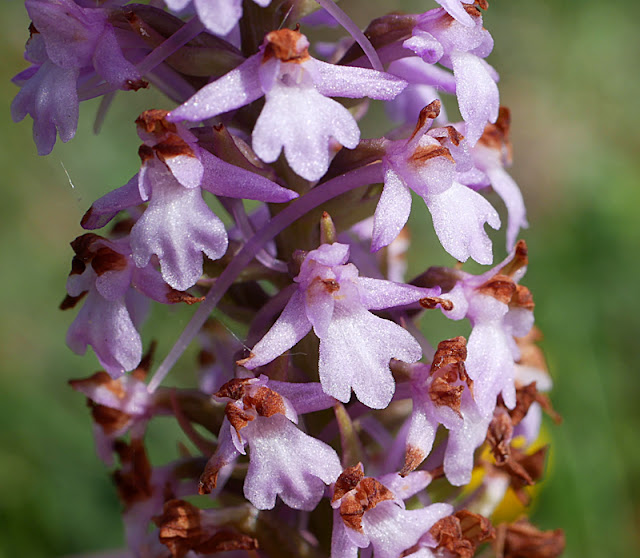 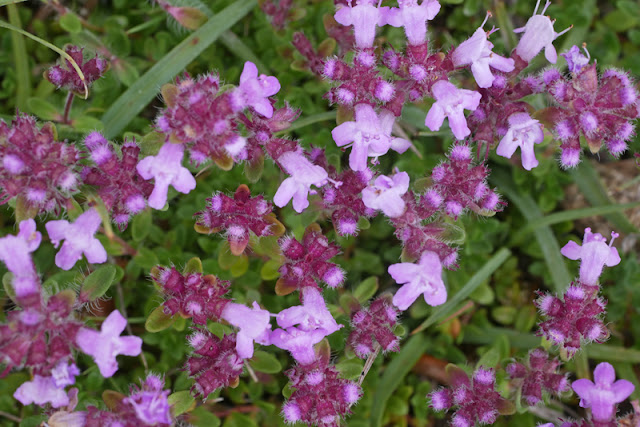 A sign of high Summer coming was Broad-leaved Helleborines starting to put up flower spikes, though none will open for a while yet. 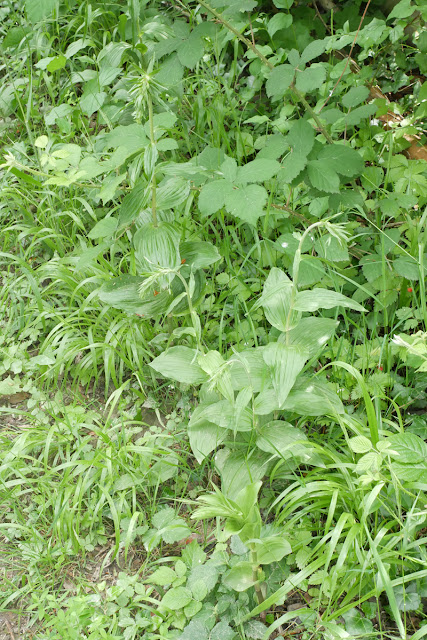 Tutsan is an impressive bush from the St John's wort family and it's native! 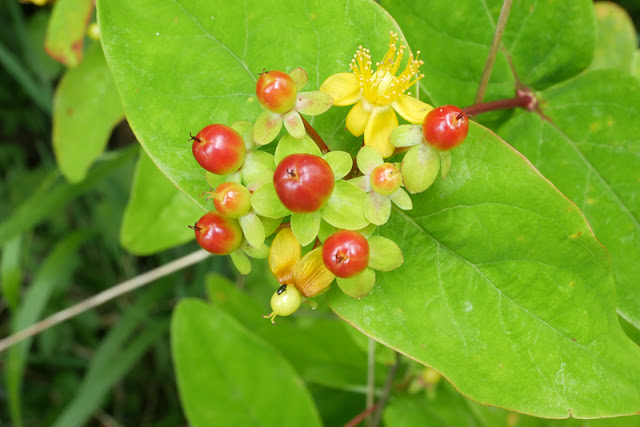 Stinking Iris, a beautiful native Iris. For some time I thought it was the flower that was supposed to be foetid, and could never get it as the flower didn't seem to smell of anything. However, I later learnt that if you bruise a leaf it smells of rotting meat! Got it, done it, smelt it - I don't recommend it....
Iris foetidissima 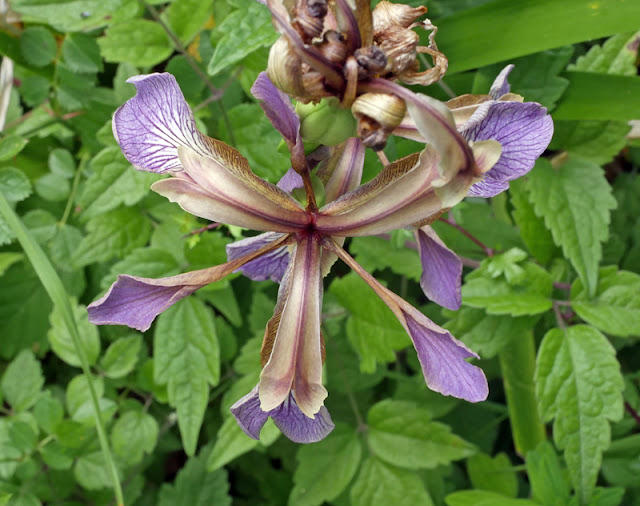 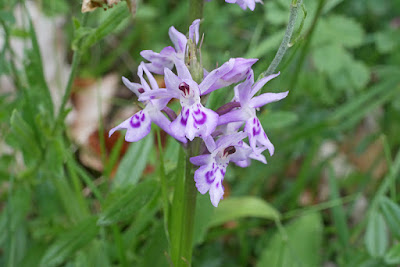 A few Common Spotted Orchids were found with yet more amazing designs on their petals.

Great Mullein is called this for a reason. It can grow to 8 feet high! Here's a flower on some I found, however, these only reached around 4-5 feet in height, still quite impressive though. 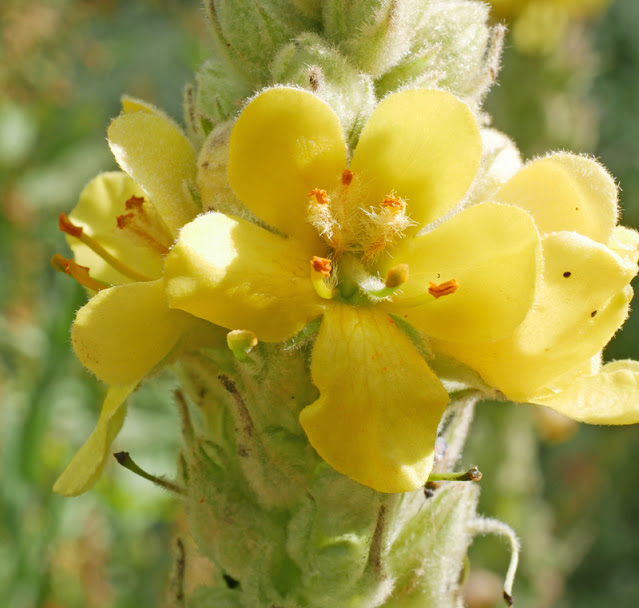 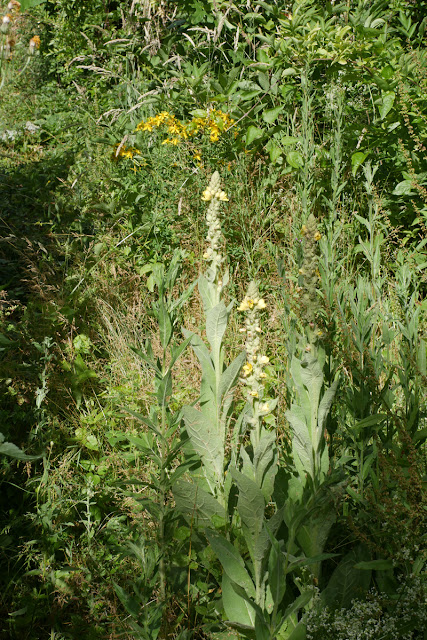 From here, I drove a few miles to Detling Hill as I wanted to find a very rare plant that I'd never seen and only recently heard about. It's called Cut-leaved Selfheal. Of course the usual form of Selfheal appears all over Kent in their thousands and is very common. The only place I know of to find the Cut-leaved Selfheal seems to be on Detling Hill, so I parked in the layby up the hill and walked down to the map co-ordinates I had for previous finds.

On arrival I found this! The verges had not only been cut, but the findings had been left in situ (not supposed to happen here as it's managed by KWT as a RNR). I was to look through all this to find some 2-3" tall plants mixed in with the usual selfheal, a hard task indeed. 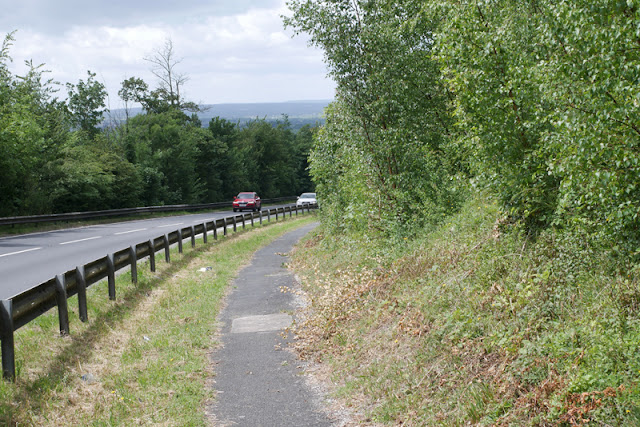 Without accurate map references I would not have found anything. I would have given up and gone home, but once I knew I was where I should be, I covered every inch until I found this amongst all the normal Selfheal plants also present. This is the hybrid between Selfheal and Cut-leaved Selfheal 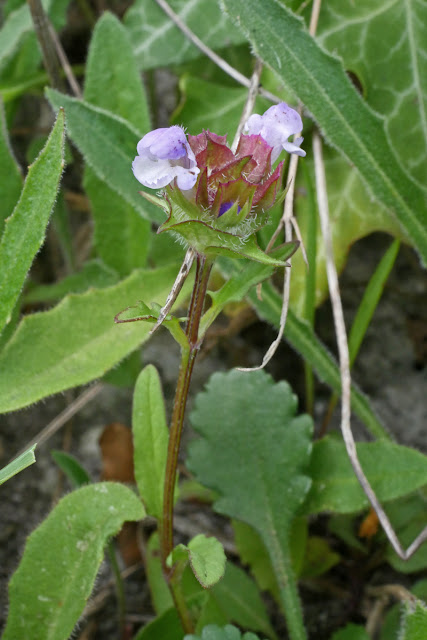 Note that the leaves are intermediate between cut and entire having basal lobes too. The big leaf at the bottom belongs to a young Ox-eye Daisy. At the top, the leaves are from Ivy. 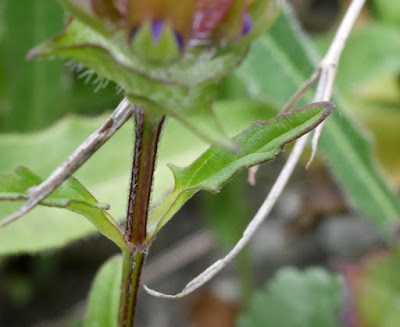 At least I had found the hybrid which I had known to be present too from previous records. I glanced around the area for the final time and then realised why I had missed the original plant. I was looking for purple flowers and these were white.

I found just the one plant, perhaps a rather precarious position for this rare plant to survive. However, there had been a drought, non flowering plants would have been nigh on impossible to spot on such a steep slope and some may have been covered by the recent cut. I've no doubt there must have been more there. 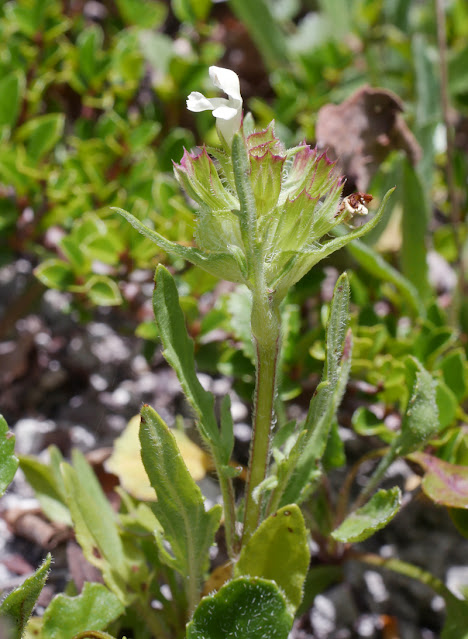 So in this case, perseverance paid off. This lone plant was around 8 feet up from the path on a 45 degree slope and I had to take this photo with one hand whilst the other gripped  a clump of dogwood to hold onto to stop me sliding down the slope again. My days of doung this are almost over, so I'm glad at least one photo came out ok. The County Recorder has confirmed both records, of the Cut leaved Selfheal and the hybrid.

So ended another great Summer's day out.