- March 19, 2016
Ranscombe Farm is a fantastic place for wildflowers all year round in the Medway Valley with good public access. It is run by the only charity for wildflowers, Plantlife, of which I am a member.
Rather than wax lyrical about it, read about it from this web link.
Ranscombe Farm 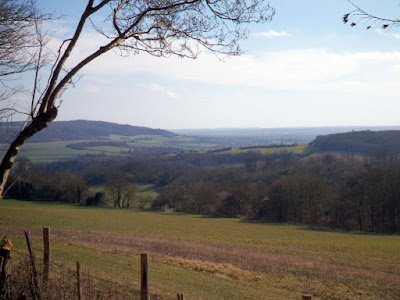 We didn't have long for a walk, which is the usual in midweek due to work. The main car park is right by the A228 main road, which is also managed for wildflowers. 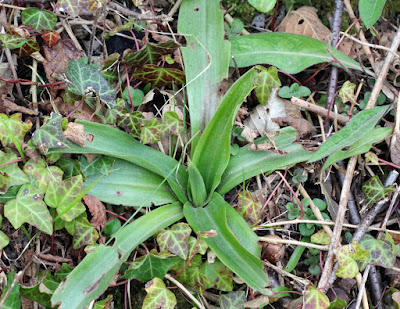 Right by the car was a rosette of the Man Orchid. These are Endangered nationally, but are fairly common in North Kent. 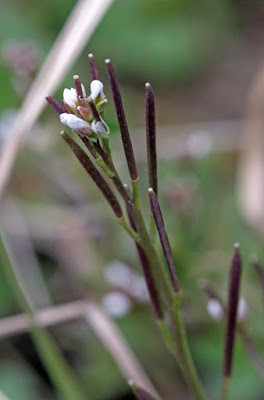 I then had a look along the main road verge which is also managed for wildflowers.

The first flowering plant was Hairy Bittercress, a troublesome weed in many gardens. They are very similar to Wavy Bittercress and can distinguished easily by Hairy having the seeds overtopping the flowers, which is rare in Wavy Bittercress. 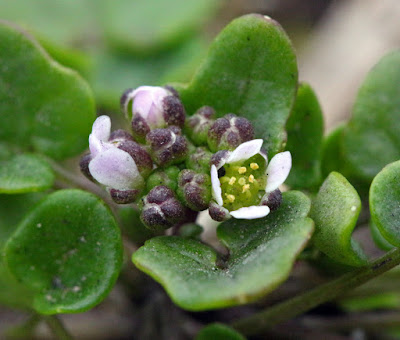 Another tiny flower along the road verge were many Danish Scurvygrass.
30 years ago these were only found around the coasts as they grow in saline soil. However, the continuous salting of our roads in Winter has led to an impressive spread of them inland along salted roads.
There are over a million in flower along the A2 between Dartford and Bexley at the moment. 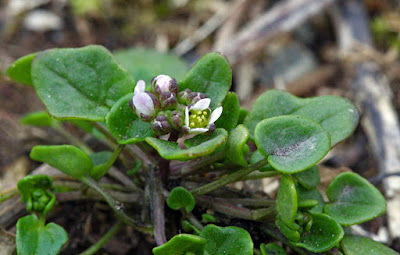 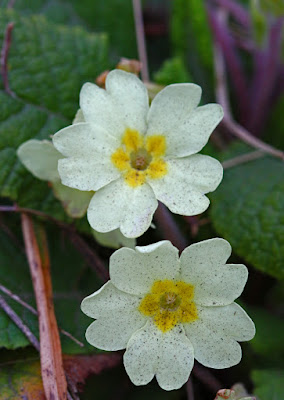 Wild Primroses dotted the verge and also the steep bank in the car park. The woodland on the reserve is also full of them. A lovely sight in Spring. 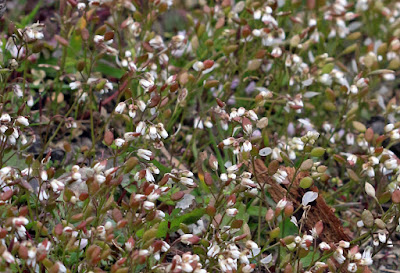 Also along the road verge were thousands of Common Whitlowgrass flowering. These are only between 3-8" tall and easily missed, but here they looked like snow on the ground from a distance. 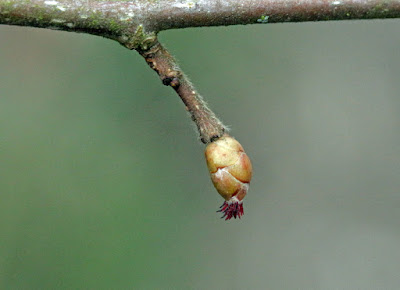 As we walked into the reserve, I noticed catkins of the Hazel tree blowing in the wind. These are the male flowers of Hazel.


I had a closer look and found the diminutive female flower as well. It is these that turn into Hazel nuts in the Autumn. 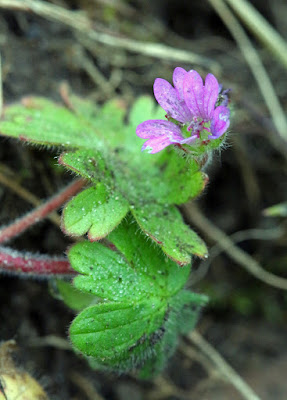 We then came to an arable field edge. The management of Ranscombe Farm is such that herbicides and pestidices are lightly used if at all and a wildflower border edges many of the arable fields.
As such there is a huge variety of arable wildflowers here  throughout the year.

Today, there were Common Field Speedwells, Red and White Dead-Nettles, Dandelions and this Dovesfoot Cranesbill in flower.

Later in the year there are rarities such as Ground-pine, Blue Pimpernel and many more. 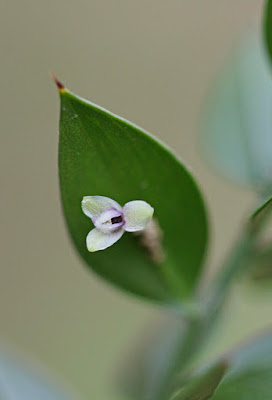 We then came to some woodland which will soon be full of Spring flowers, including Early Purple Orchids.

However, for now there was a late flowering bush called Butcher's Broom. These have spiny leaves which are actually part of the flower, so that the flower appears to grow out of the middle of the leaf! They usually finish flowering by the end of February, so I was lucky to find this one.
They are very small, being only about 5mm across at most.


Also in the woodland we noticed a few of the flower voted the Nations' favourite was just starting to come into flower, the Bluebell. 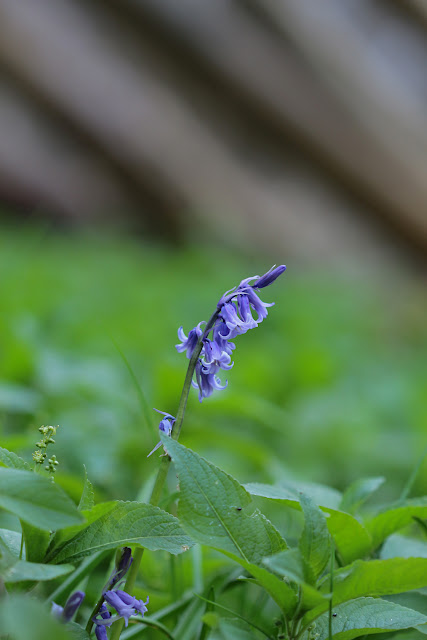 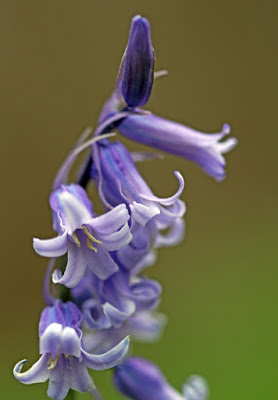 These can readily hybridise with the garden Spanish Bluebells which grow vigourously, outcompeting the native type, but I'll detail the differences later in the season when they are all flowering. 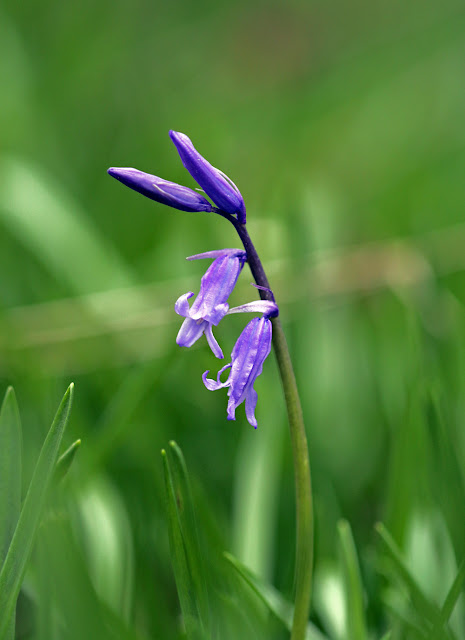 They really are a stunning wildflower, and when they come up in large numbers are a sight and smell that delight all who see them. 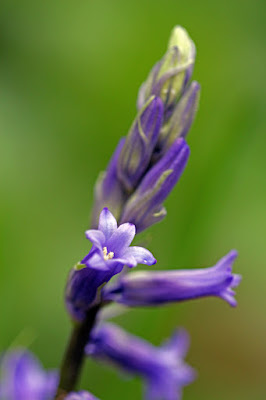 Big black clouds threatened, so we beat a retreat back to the car. An enjoyable trip nonetheless.

Plantlife have several reserves around the UK, why not check out their website and if likeminded support them by joining up?

When you see first hand the wildflower deserts that are our modern arable fields sprayed to be devoid of anything but the crop, you'll really appreciate the work Plantlife do.
Plantlife