- August 13, 2017
The first part of this day was to be spent riding up Mount Snowdon on the cog railway from Llanberis. This was our second day in Snowdonia (see part 1 below) and I wondered what botanical gems I might find up a mountain.

I was rather discomforted to find it cost £98 for 4 of us to go up on the train (£30 more by steam engine) but my partnr and the Grandchildren really wanted to go, so off we went.

It was a reasonably nice day in Llanberis, but we could see the clouds covering the mountain tops, so knew it would be rather wet at the summit. As such, I took full waterproofs with me in a rucksack. 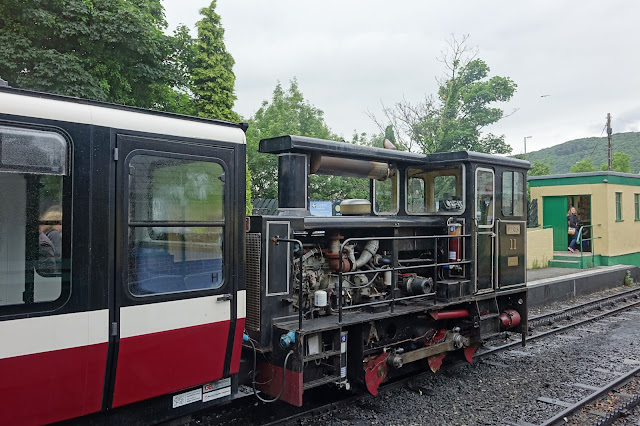 There are several little "stations" on the way to the summit and ideally I would have liked to get off one stop before the summit where I knew (from research) there were lots of alpine flowers. Unfortunately, due to high demand for seats that wasn't going to happen. So off we went on an hour long climb to the summit.

There were some lovely views on the way up. 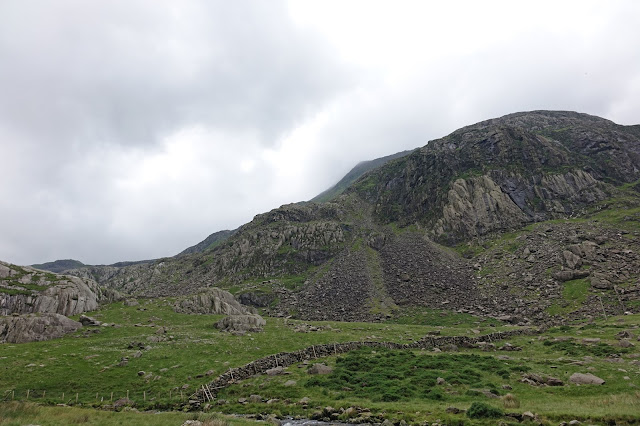 Unfortunately, as we got higher, we entered the clouds into thick fog and rain. The windows steamed up and it was difficult to see anything. However, I did see at least two Snowdon Lillies out of the window growing on the rock cutting of the railway track. I looked for the emergency stop cord but there wasn't one and I don't think anyone on board would agree with me that it was an emergency to stop the train for a Snowdon Lily!

When the train reached the summit, about 80 feet below the actual mountain top, we had a measly half an hour to explore. Amazingly most people went to the cafe to get a cup of tea! I quickly donned the waterproofs and set out to see what I could find. 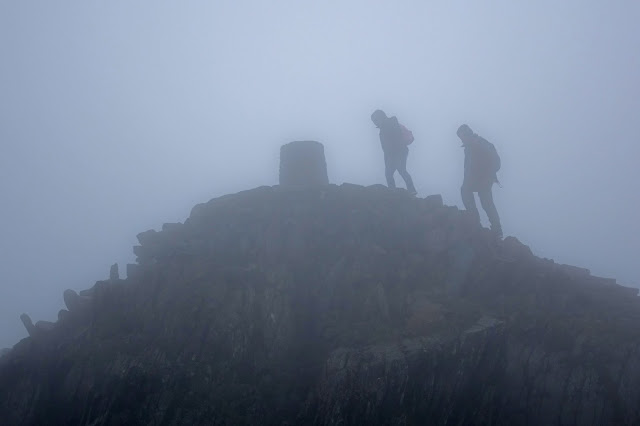 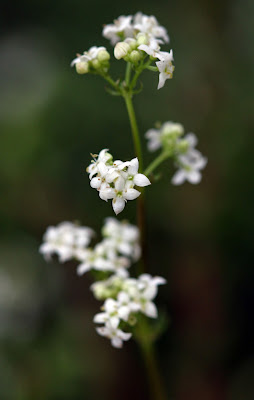 The fog was very thick ( well we were in the cloudbase), yet it was also very windy. The rain was coming down near horizontal and it was quite unpleasant.  I found the highest flowering plant in England and Wales to be Heath Bedstraw!

Galium saxatile
(one of my library photos)

Due to the conditions they were all very tiny and very very short plants.

However, looking around a bit more, just below the summit, I found another real jewel of a flower. 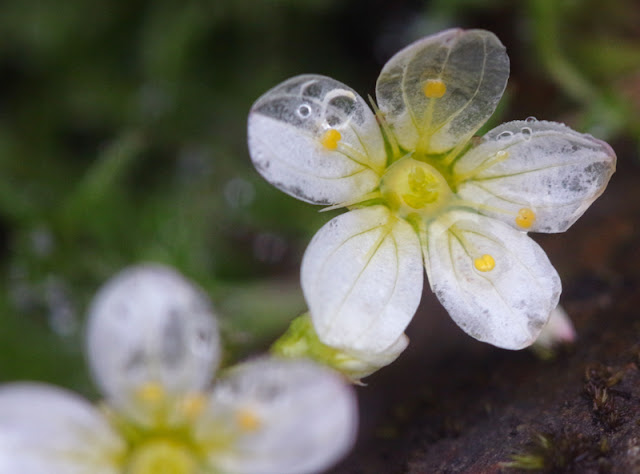 This is Mossy Saxifrage, a native plant found up to 1210m high
Listed as Vulnerable to Extinction. 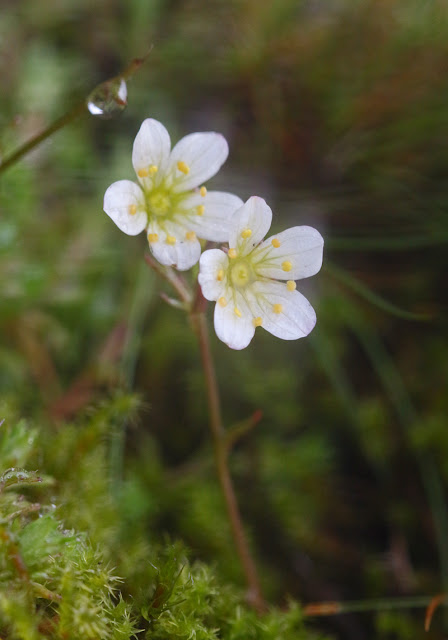 I was laying flat on the rocks taking these photos with people nearby, yet amazingly no one asked if I needed an ambulance.

The botanists reading this will know exactly what I mean!

I rattled off lots of photos in awful conditions, trying to keep the lens and camera dry.

I eventually found lots of them carpeting a slope, stunning! 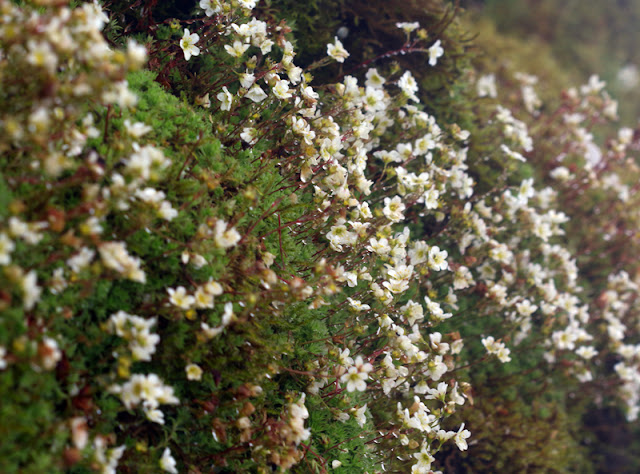 All too soon it was time to board the train to descend again. I don't think passengers were too impressed with my dripping wet clothes, but I did take them off and stow them in my rucksack!

As we descended, we got the views again. 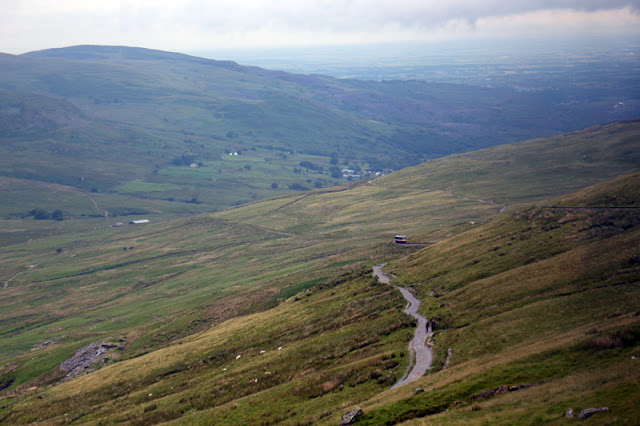 Botanically, that was it for Snowdonia. Of course, I saw lots of other plants from the train, but many have already been covered in Part 1, such as Bog Asphodel and Heath Spotted Orchids.

We still had an afternoon left, so we headed off North to the Great Orme near Llandudno.
However, the rain had now set in at lower levels and the wind was gusting near gale force. 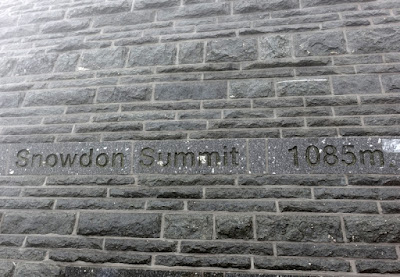