- May 01, 2018
The easier to access parts of Grain are well recorded, however, there were a couple of monads with very few records, so my partner and I decided to walk to them to see what we could find. There were to the South and South East of the old power station (whose iconic chimney was recently blown up and demolished). 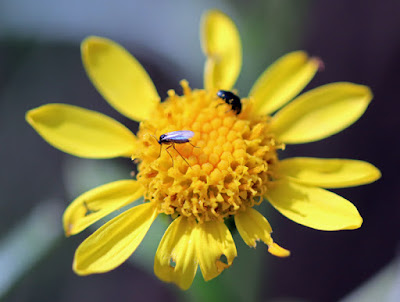 The large flowers of Oxford Ragwort couldn't be missed with lots in flower along the sea wall. It's a lover of wasteground, railway tracks and other such places. 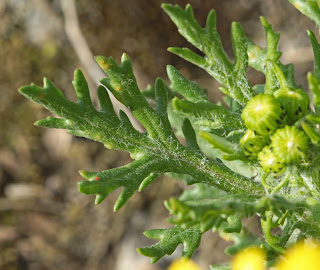 Its leaves are well separated and more pointy than the blousy lobes which Common Ragwort displays.


With the cold Spring, I was hoping to find some ephemeral species that would be missed later in the year. This Sticky Mouse-ear is one such plant. Its main characteristic is the hairy close knit heads of flower buds that other mouse ears don't have. 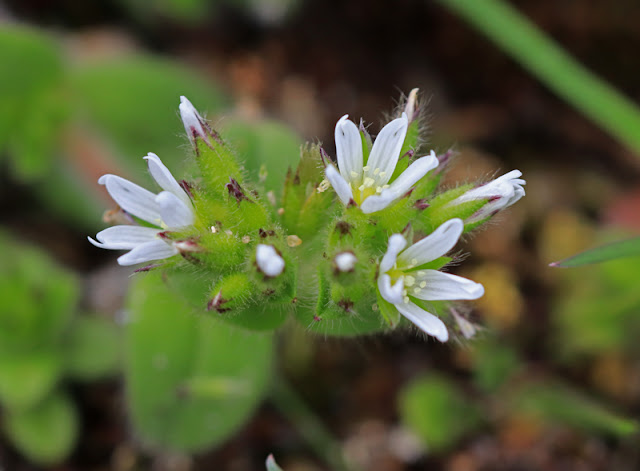 I kept an eye out for the Sea Mouse-ear, very easy to spot as it only has 4 (notched) petals whereas all the others have 5.  However, whilst looking for tiny white flowers, I noticed a Mouse-ear that looked a bit different.  I was very pleased to find Little Mouse-ear, a species I'd only noticed a few days before at Camber in Sussex and had not seen one before then. I suppose having studied that one, I now recognised them, they look quite different to Common and Sticky Mouse-ear and are very small! 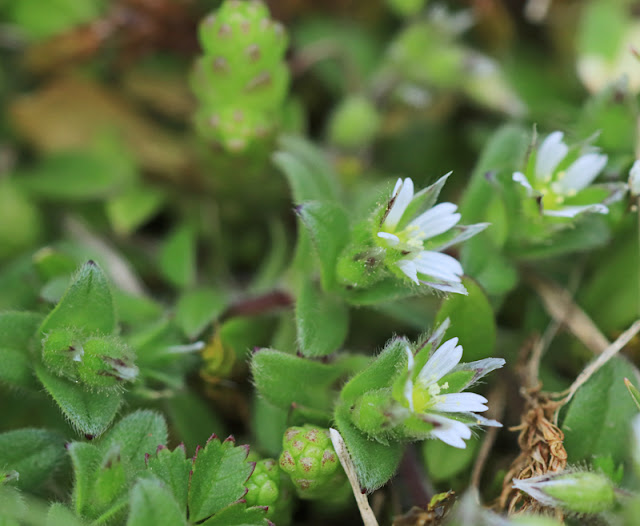 There was a cool breeze but it was nevertheless a sunny day and the insects were out in force. 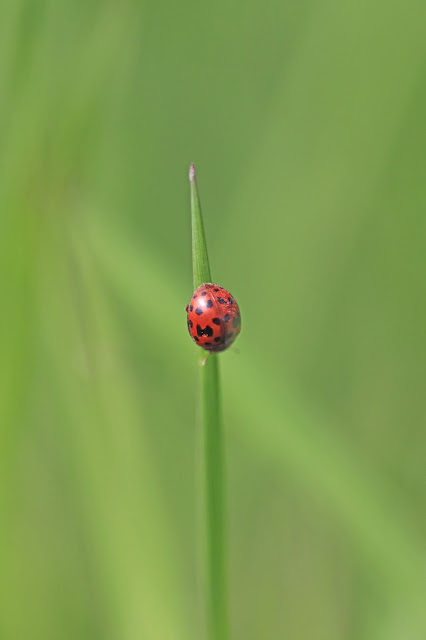 A tiny 24 spot Ladybird on a rush.

A Marsham's Nomad Bee (I think), one of the Cuckoo bees. 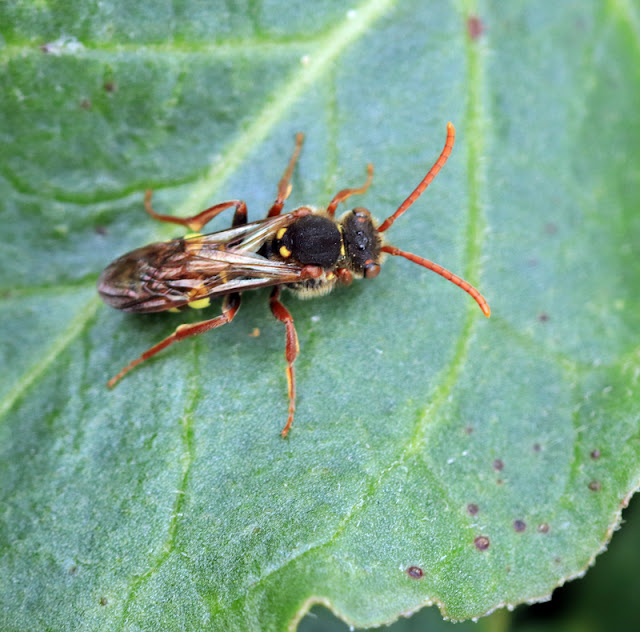 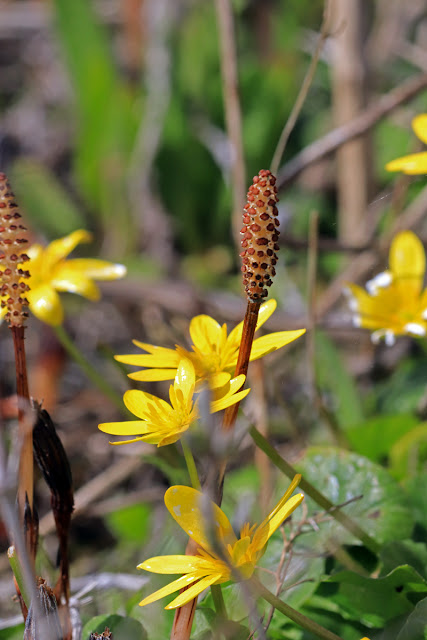 
What a beautiful composition the two species make together.

The flower below is Alexanders, an early flowering umbellifer that attracts all sorts of insects from flies, bees, hoverflies and this wasp. Oddly, I rarely see butterflies feeding on them
(or Cow Parsley come to that). 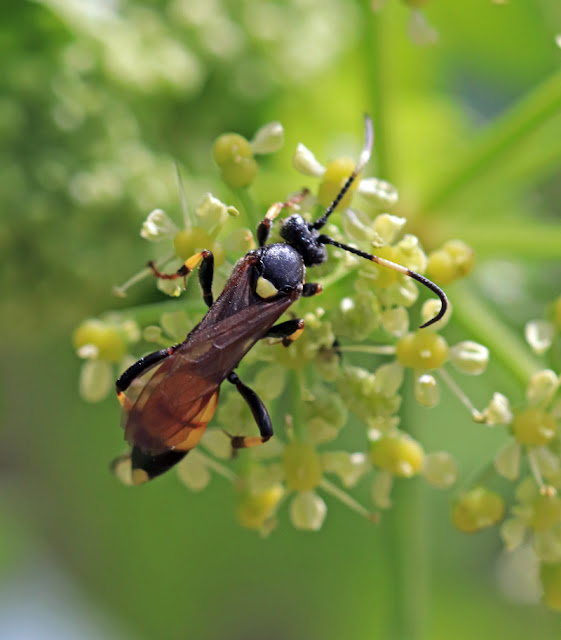 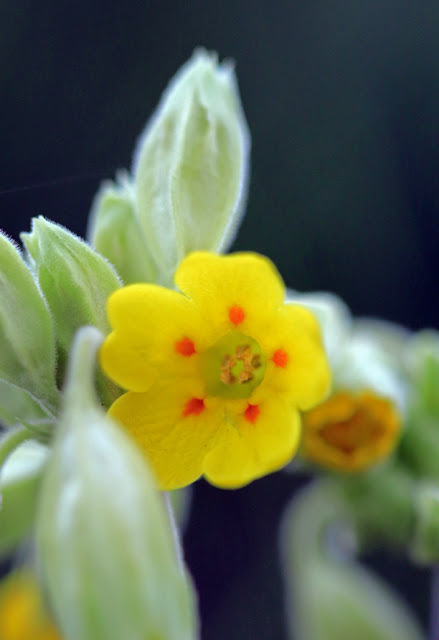 Much of the back of the sea wall is rank grass, grazed or cut with mostly dead nettle and chickweed among them.

Thus I was quite surprised to see a solitary Cowslip brightening the area up. No massive drifts of yellow here, but perhaps a single plant makes one focus on it to appreciate it all the more.

The rather plain but very numerous Hoary Cress was just coming into flower. They're basically a dirty green plant with small white flowers, they look rather drab, perhaps that's why they get the name of... 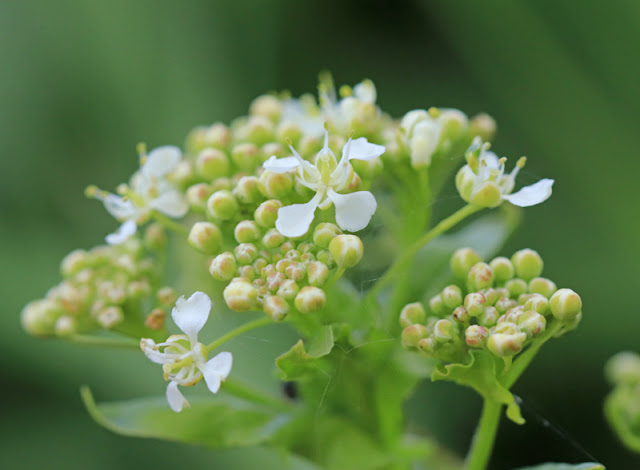 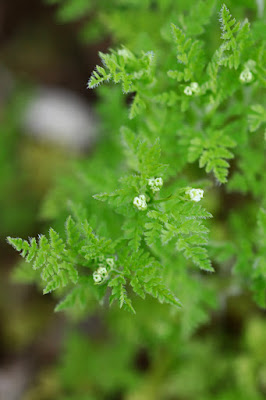 Along the top of the sea wall was a bright green parsley, superficially like a stunted Cow Parsley but much paler with tiny umbels of flowers.


This is Knotted Parsley, a low growing member of the carrot family often found in coastal or waste ground areas.


Another solitary bee on an Alexander's leaf, sunning itself. I think it's an  Andrea but which one I don't know. 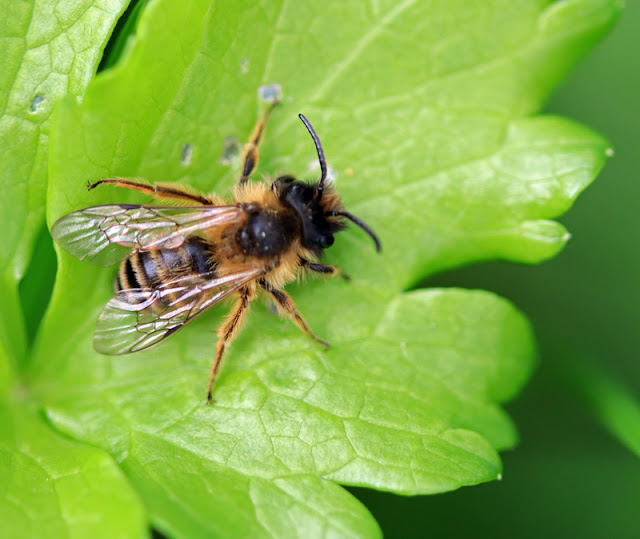 Just above the high tide mark, I found plenty of Sea Mouse-ear, a pleasing find anywhere. 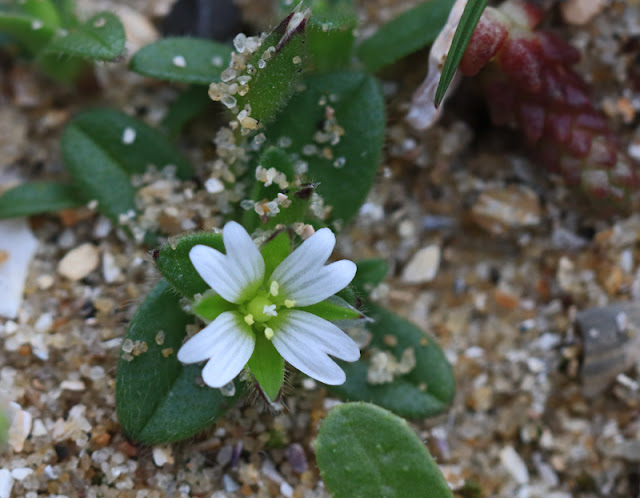 It's not growing in sand (this is the muddy Medway estuary!) but in shell grit. 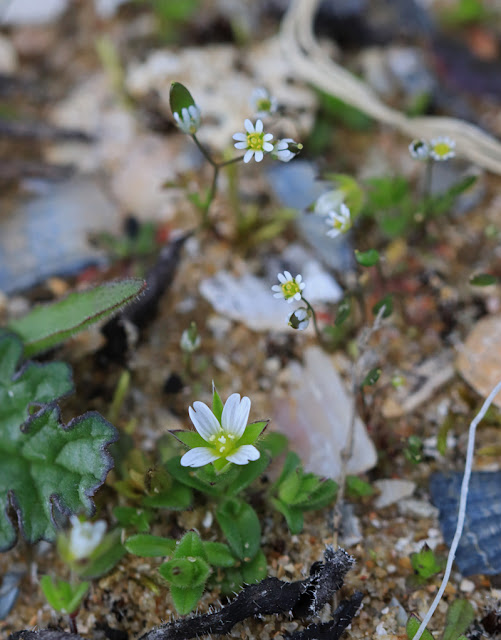 This photo includes Common Whitlowgrass which are tiny themselves at only a few inches tall.

It gives a sense of scale as to how small the Sea Mouse-ear are.


My final photo shows the habitat a bit better, shell grit and whole shells on a mini "beach". 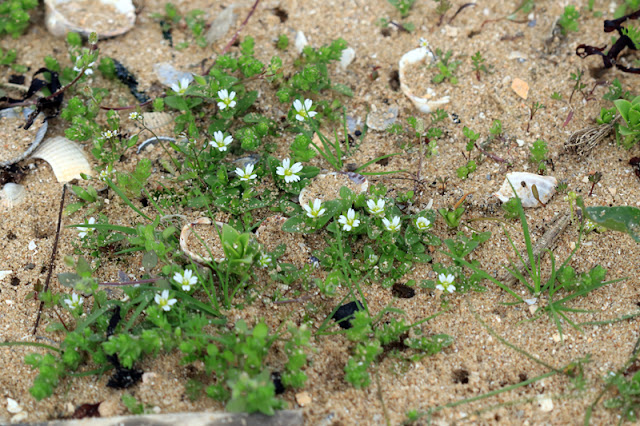 Oddly, I failed to find any Common Mouse-ear in flower to make a full set, though I did find some in bud.

Hope you liked the blog, the Isle of Grain is always worth a walk with several habitat types from wood to saltmarsh, there's even Sea Clover to be found here later in the year.


I made up a collage of the Cerastiums I've seen to date which is quite interesting. Not mentioned above is the Grey Mouse-ear, but more about that species soon! 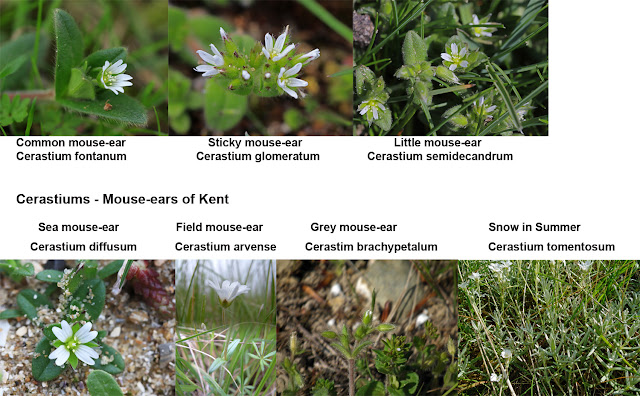