There is a beautiful flower filled walk along the white cliffs of Dover from the National Trust car park above the docks to St. Margarets Lighthouse a few miles away with wonderful views. There are several routes you can take and each has its own attraction. The whole area comprises of typical rich chalk grassland flora and associated insects with some arable verges as well that are worthy of a look aorund. Species such as Early Spider Orchid, Field Pepperwort and Hoary Stock can all be found here (see previous blogs).

We found so many wonderful wildflowers, but I'll only show you those I haven't recently featured along with some fine views.

Kidney Vetch with its cottony fluffy bits between the flowers - it's the food plant of the small Blue butterfly caterpillars. 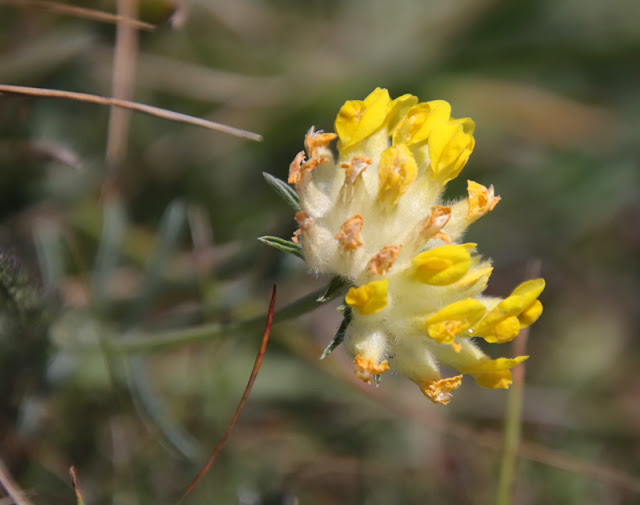 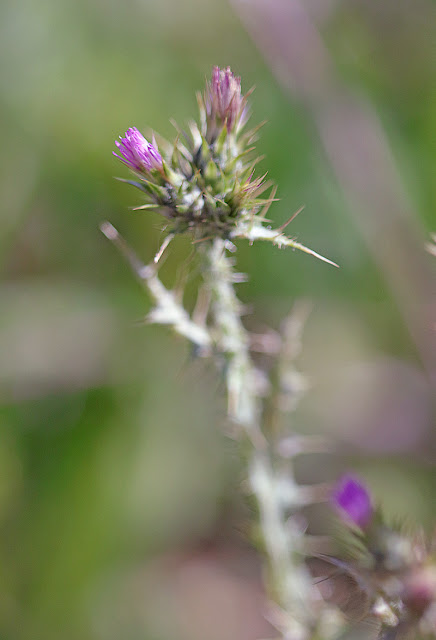 The Slender or Seaside Thistle.
this is as about open as the flowers get.


The dead looking bronzed Carline Thistles were in bud, but none were in flower yet. 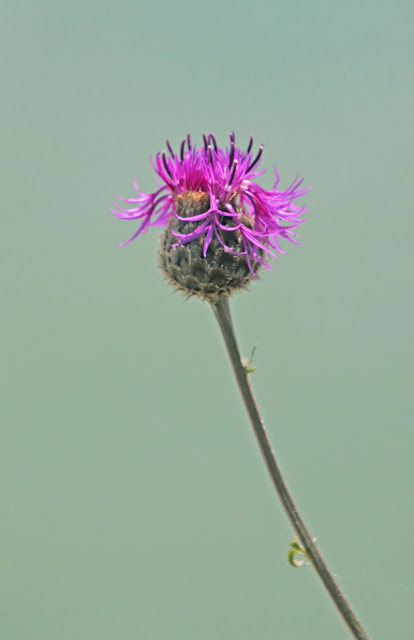 the beautiful open rays of Greater Knapweed adorned the cliffs, a favourite with bees.

Always check the lower leaves as Common Knapweed flowers can also look the same as this but the leaves are quite different.Lobed on C. scabiosa, unlobed and strap shaped on C. nigra agg. 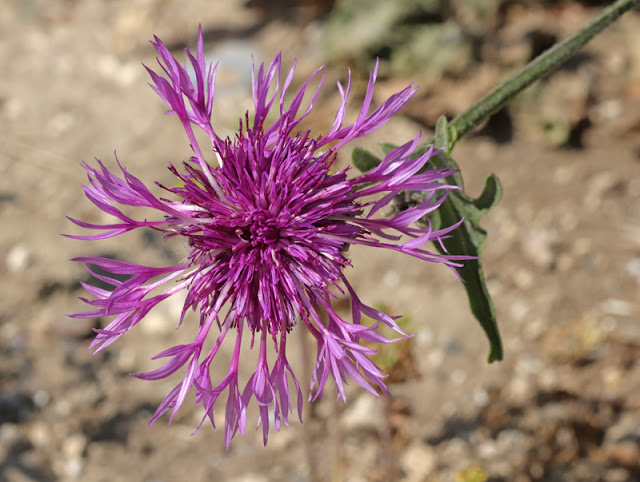 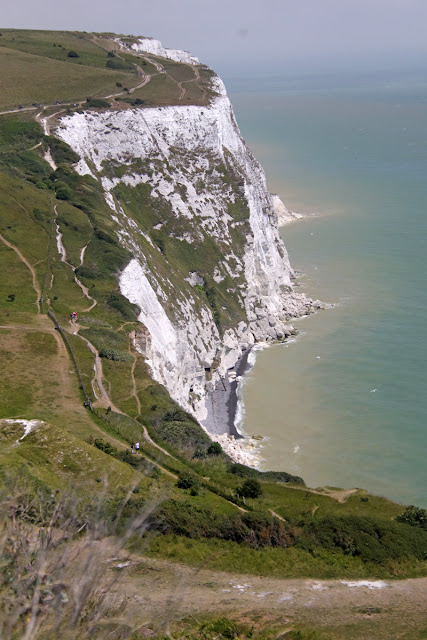 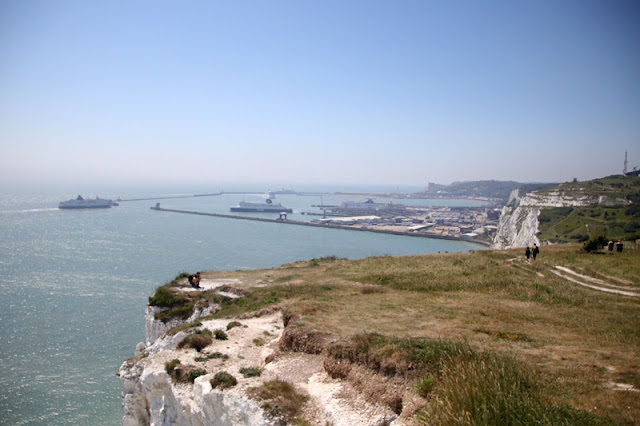 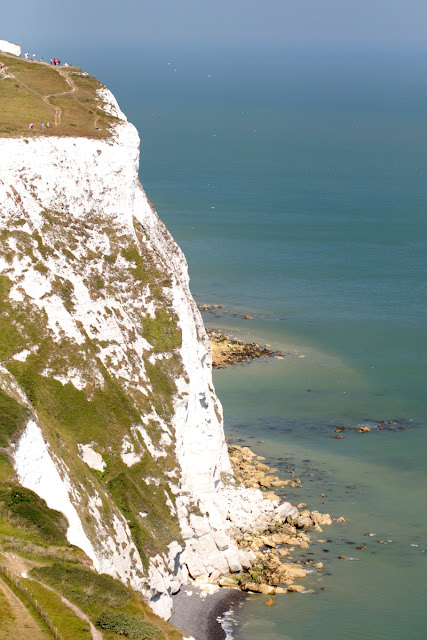 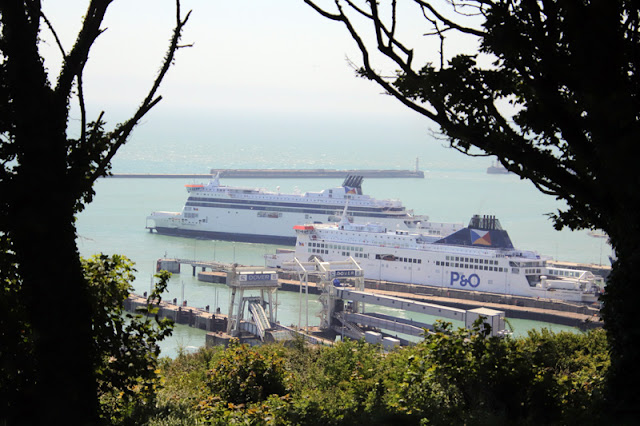 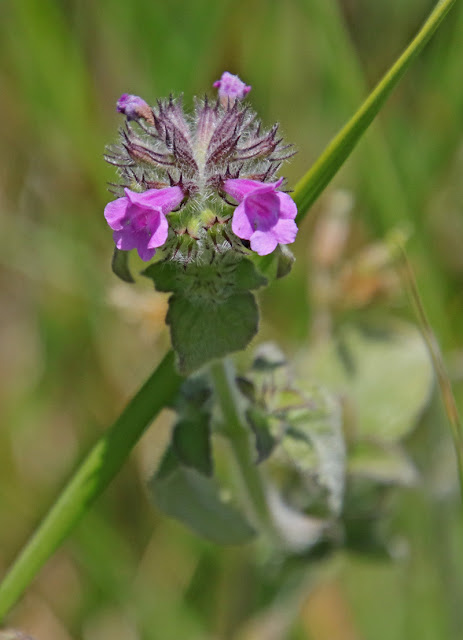 
Field Bindweed is a troublesome garden and arable weed that is difficult (impossible) to eradicate. However, no-one can deny their flowers are very attractive, especially when they flower en masse in a small area. 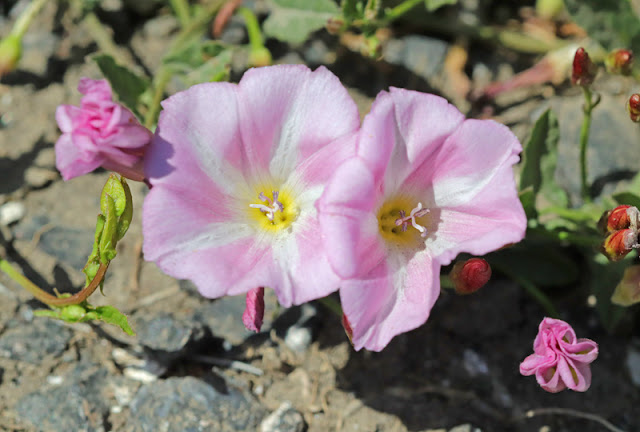 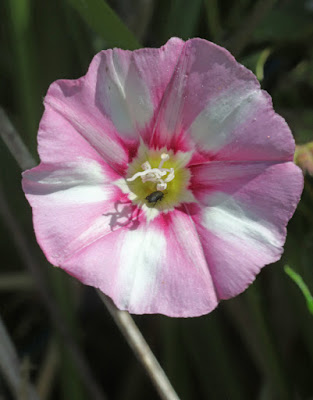 I didn't notice this until later but this Bindweed has a bright red throat to the flower and I think it may be Convolvulous sagittaria which is actually a garden escape. 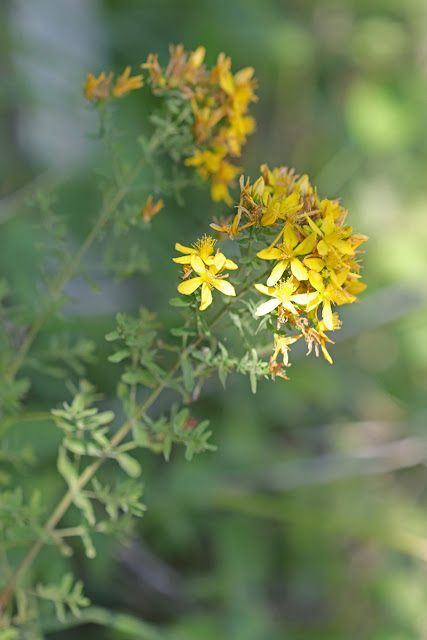 There are lots of St. John's worts to find. A tip is to gently feel the stem:

round and hairy - Hairy St JW
square - Square stalked St JW
round with opposite ridges - Perforate St JW
feeling square but with opposite pairs of wings down stem - imperforate St JW
Great big bush, large flowers - Tutsan
Creeping along the ground with runners - Trailing St JW
There are other Hypericums I haven't mentioned as well. 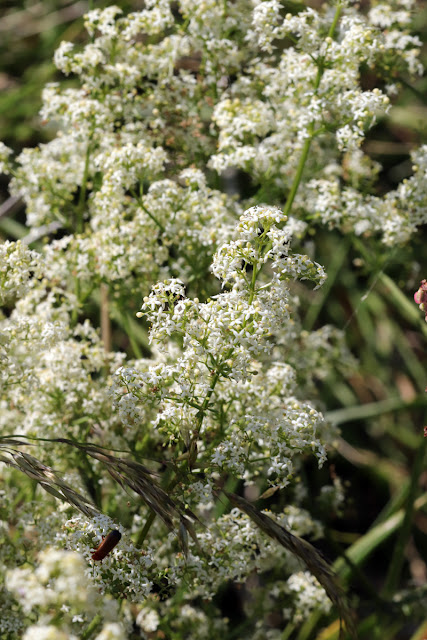 However, here we found huge drifts of them turning the area white with their four-petalled flowers. Beautiful.

On an arable field edge were Common Poppies, Wild Mignonette, Scarlet Pimpernels, Field Pansies and much more. Here's a Round-leaved Fluellen ( a type of Toadflax) as well. 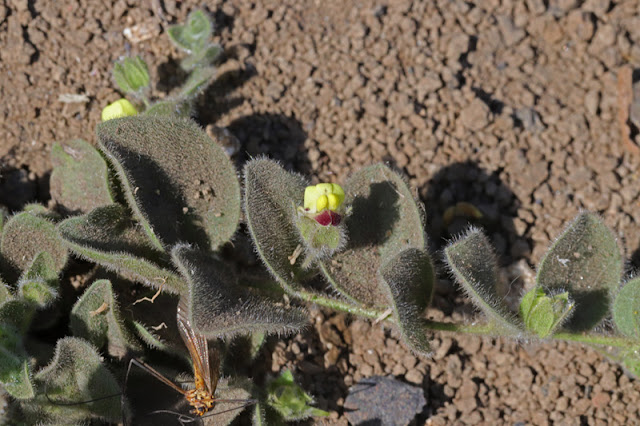 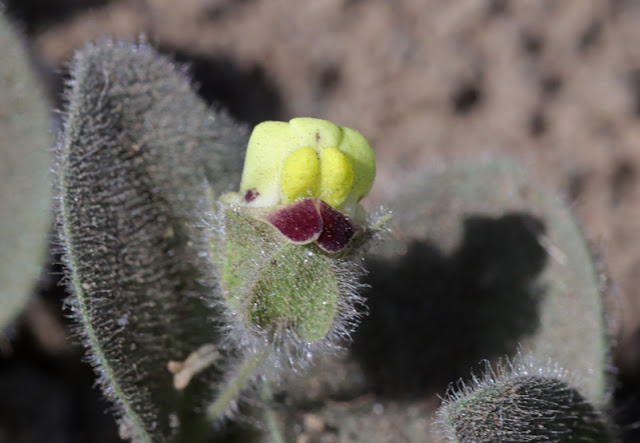 Here's the key to maintaining the species rick chalk grassland - grazing by Konig ponies. This prevents the area scrubbing over and turning into a comparitively dull forest within 20 years or less. 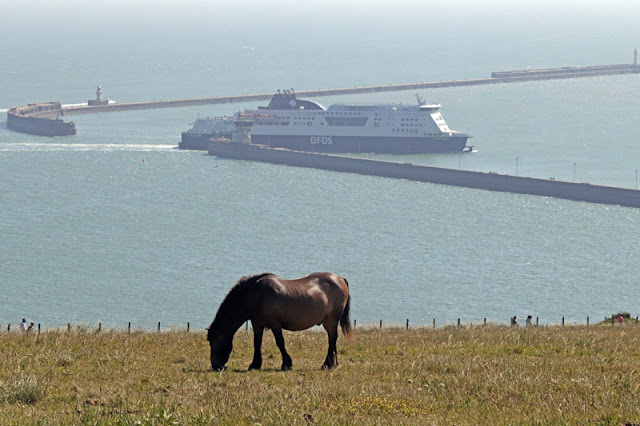 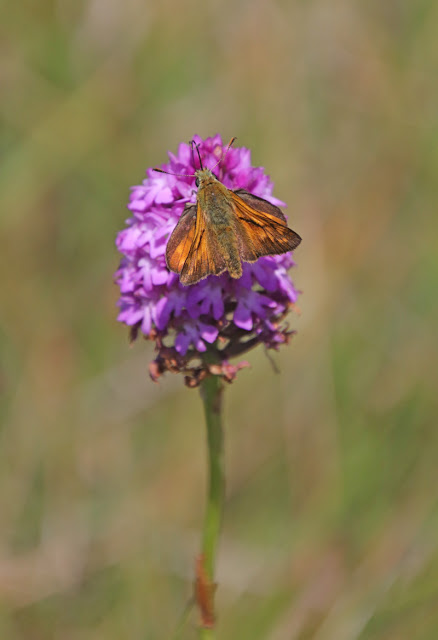 A Large Skipper butterfly on a Pyramidal Orchid. 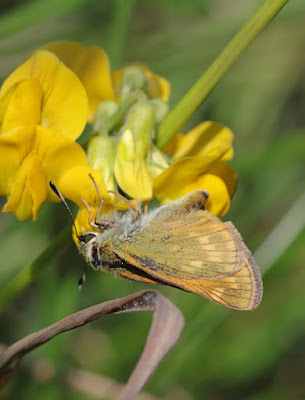 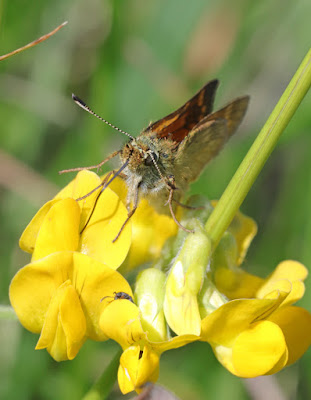 Another Large Skipper, this time on Meadow Vetchling


And a Marbled White on Greater Knapweed. 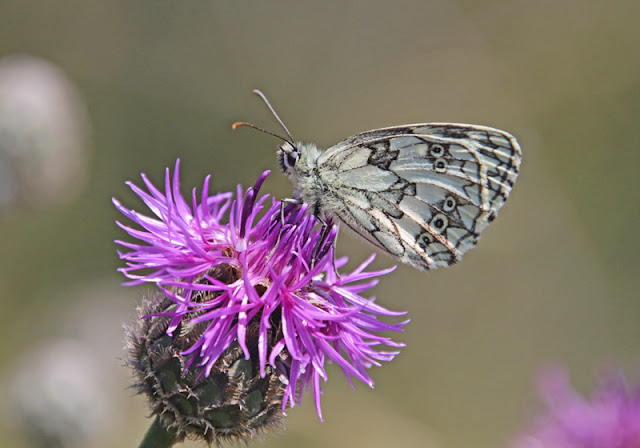 The small native prostrate form of Sainfoin was dotted among the grasses. 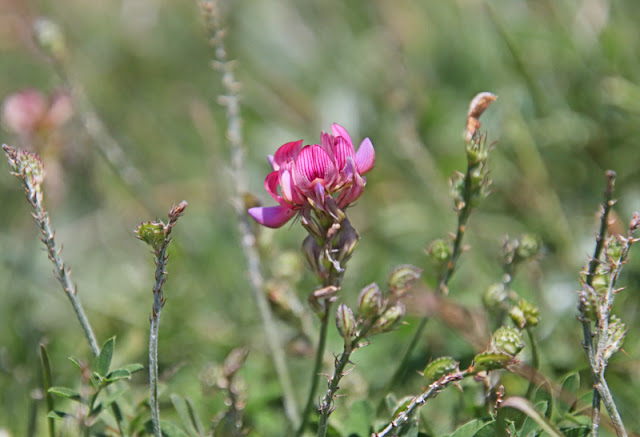 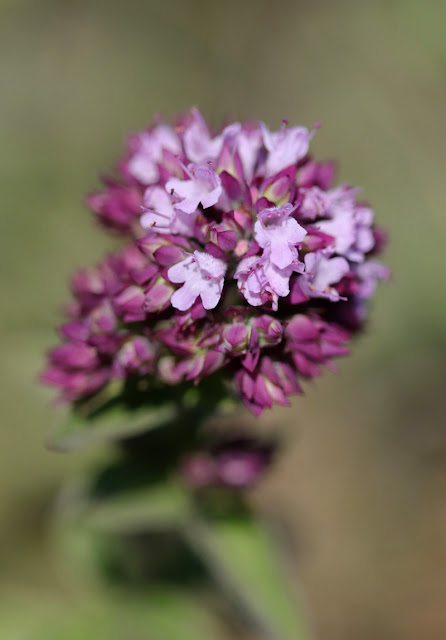 The Wild Marjoram were just coming into flower. 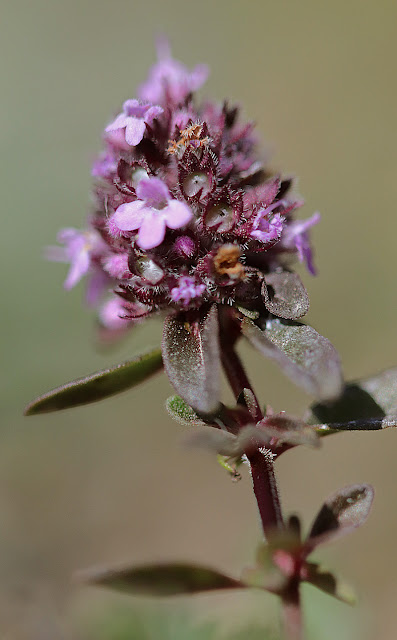 As were the Wild Thyme 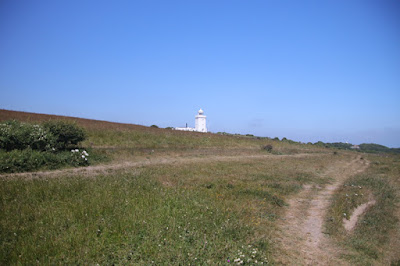 The South Foreland Lighthouse comes into view signifying the end of the walk from Dover. A cream tea in the tea rooms and back to Dover along another route. 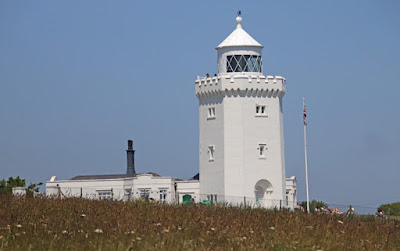 There is a fantastic tour of the lighthouse which is still a working (though decommissioned) one. It's worth spending the time to do the tour. National Trust members get it for free and there is a fee if not a member. 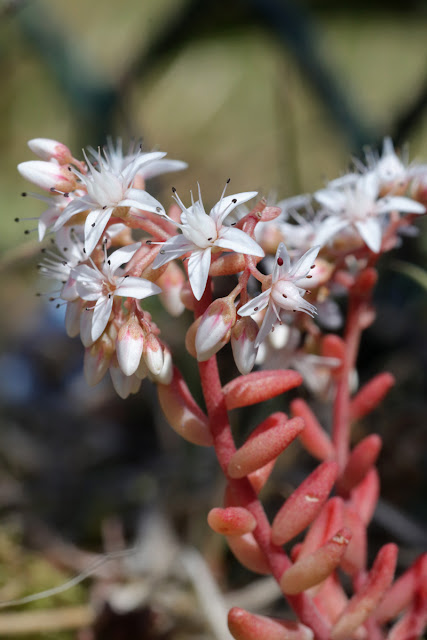 On the old wall around the lighthouse were some nice White Stonecrops in flower. 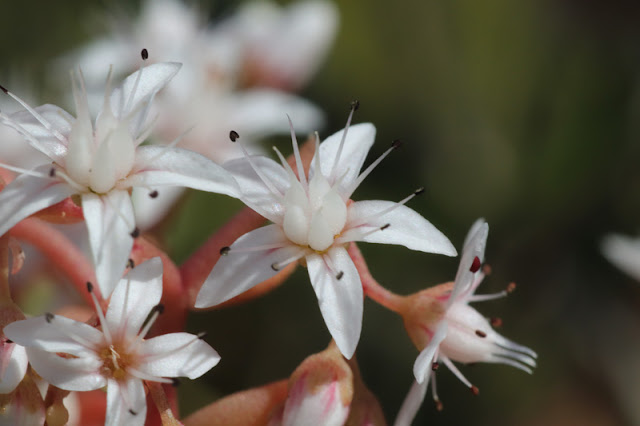 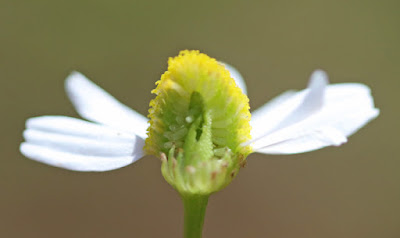 My final plant for this trip is the Scented Mayweed. It's flower is much smaller than Scentless Mayweed and its receptacle is hollow and nicely scented. 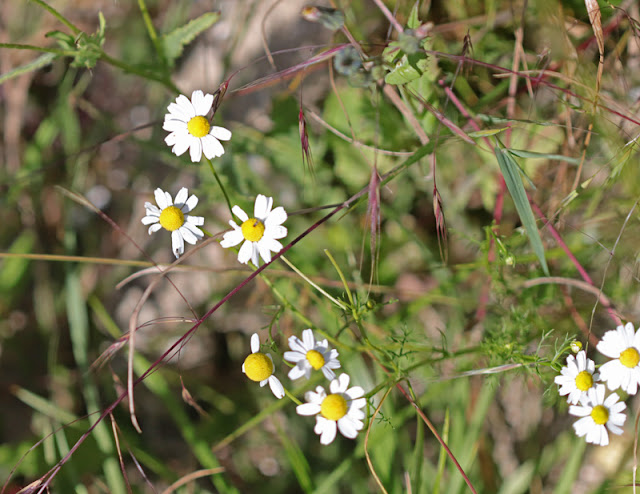 There were lots more plants to see and more to come such as Autumn Gentian. I thoroughly recommend a visit to this wonderful area.