- October 29, 2018
This area comprises of mostly unimproved grassland with cattle grazing and saltwater influence from the nearby Thames estuary and the tidal inlet of Yantlet Creek. I didn't really know what I might find as the monads I was to visit had hardly any records, probably as to get to them was a lengthy walk. 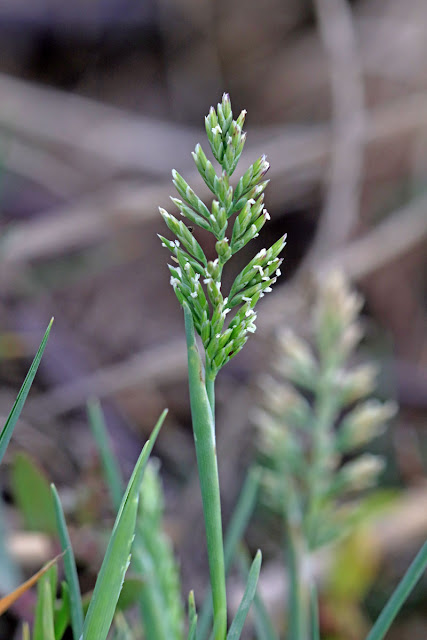 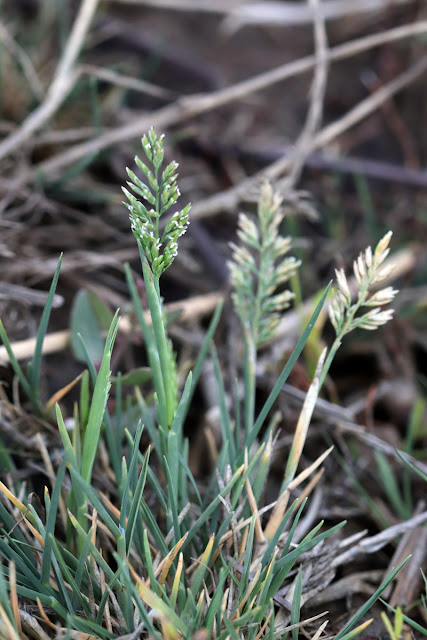 Here's a view of Southend from Allhallows marshes. The telephoto lens compresses the distance. There's about 3 miles of River Thames estuary between the grass sea wall and the buildings of Southend!
It also shows the typical habitat of the area. 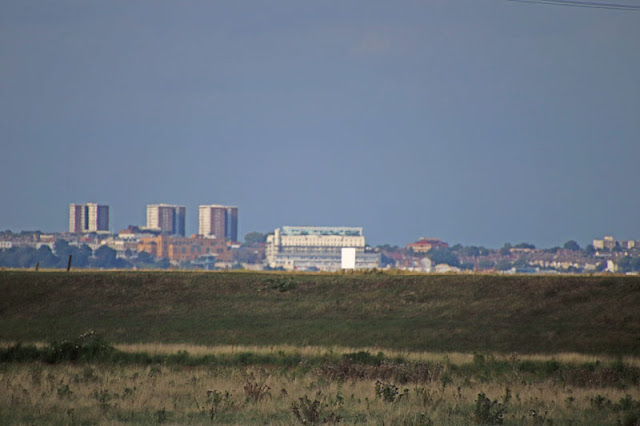 I then found Ononis spinosa (Spiny Restharrow) and Trifolium fragifera (Strawberry Clover) both Kent RPR species, but as they featured in the last blog, I won't go into detail again. However, the Strawberry Clover was a big hit with Red Tailed Bumblebees. This one was rather faded! 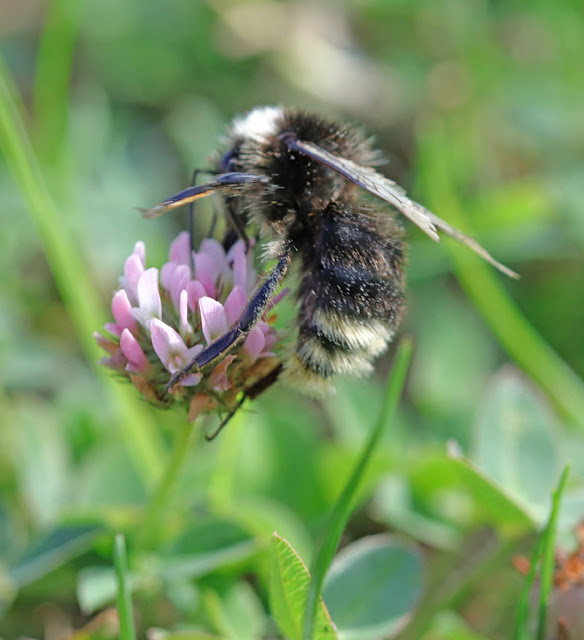 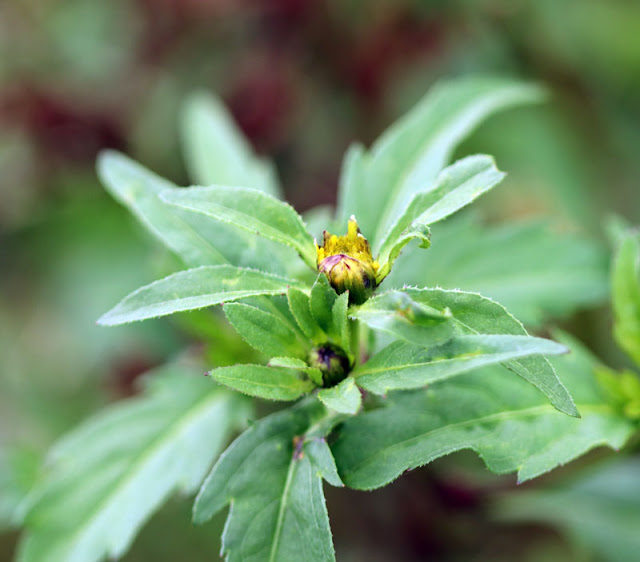 This was most certainly an unexpected plant to find in this sort of habitat, it's a Nodding Bur Marigold. There were hundreds of them along a cattle fence line. 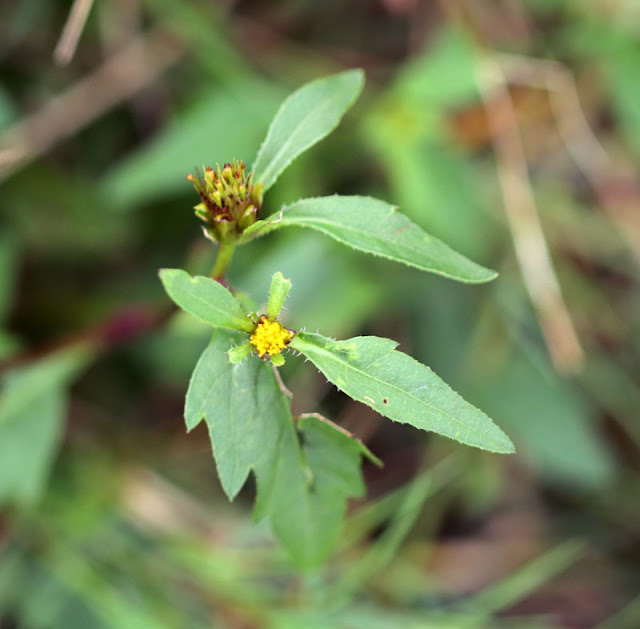 There was another grass here, but in huge abundance. It looked like Wall Barley but was smaller. A closer examination revealed it to be Sea Barley. 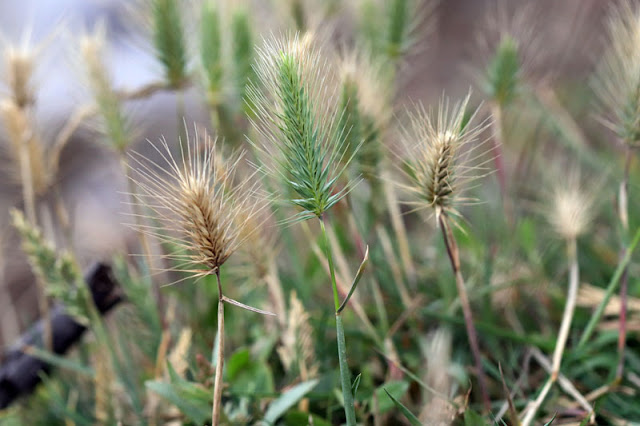 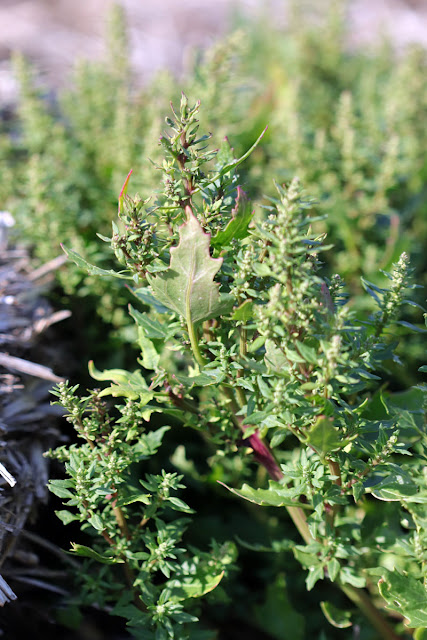 A large pile of rotting cow manure produced a crop of Atriplex and Chenopodium records including this nice Red Goosefoot.

I had to lean against the manure to photograph it, lovely! 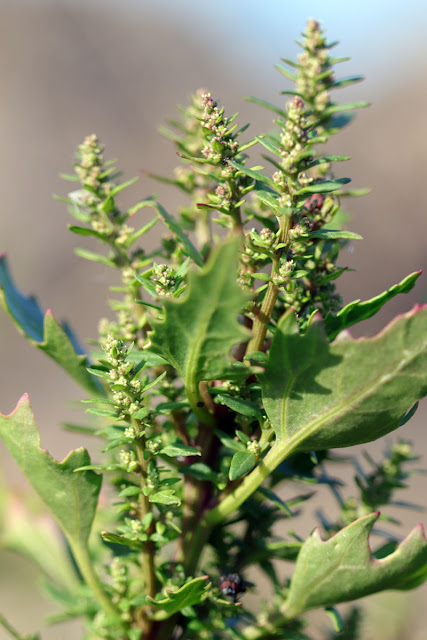 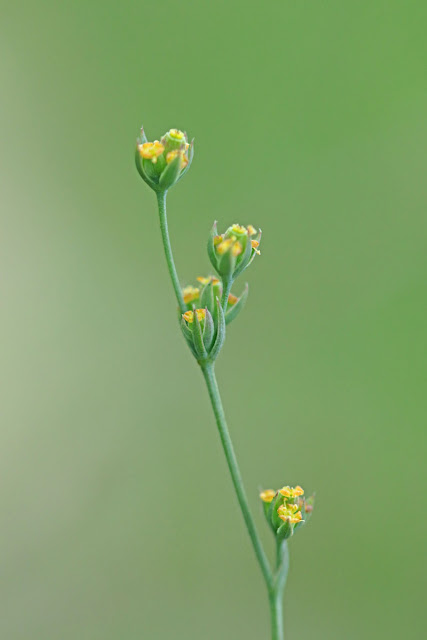 I then started noticing little golden specks in the long grasses. 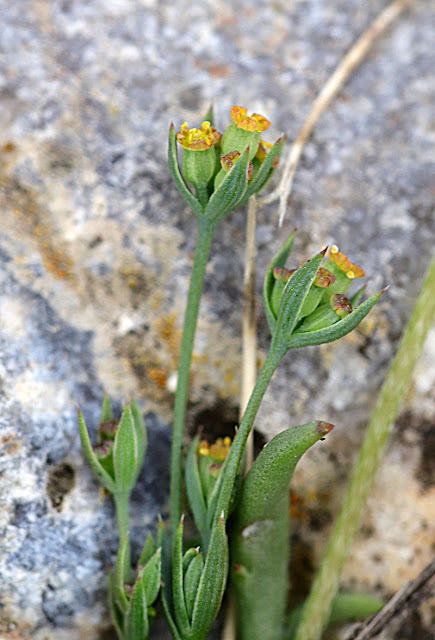 I was delighted to have found not one, but hundreds of Slender Hare's Ears, a Kent RPR species and one I'd not seen before.


Most were less than 6" tall and very thin, so hard to photograph. This one was growing by the sea wall so was a bit easier to photograph.

I carry a small cut off piece of a tape measure in my wallet for occasions such as this. this shows you how small these flowers really are.


The flowers are only about 1mm across and 2mm long. 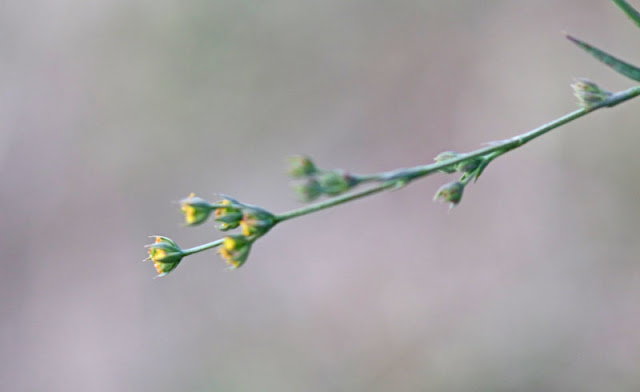 I thought that was going to be the star find of the day, but more was to come!
However, before I get to that I explored the saltmarshes and recorded the usual species found in North Kent habitats such as this, many rare, but in good numbers when found. 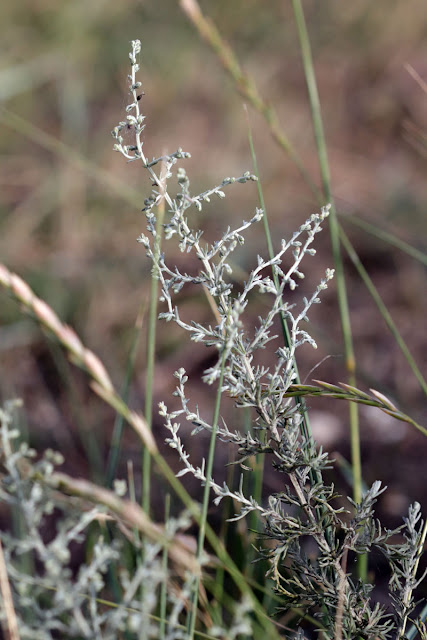 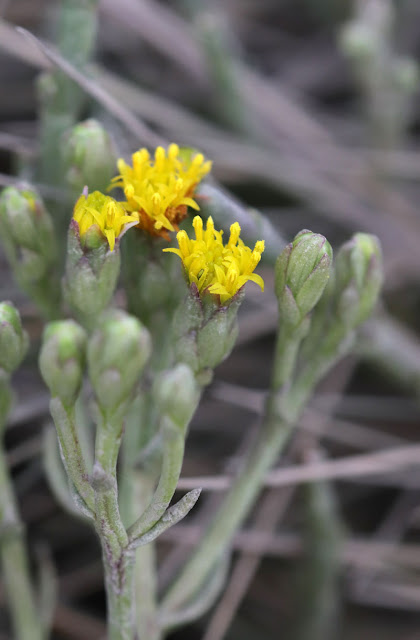 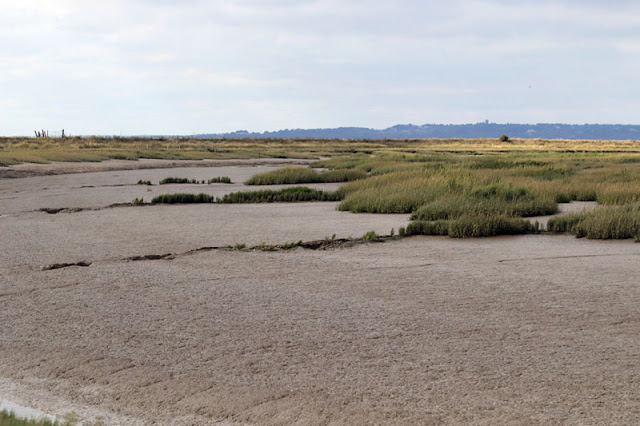 Views of the southern end of Yantlet Creek, a typical saltmarsh habitat for these plants. 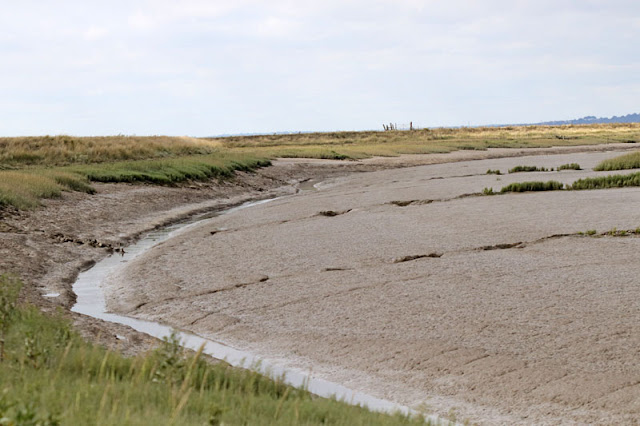 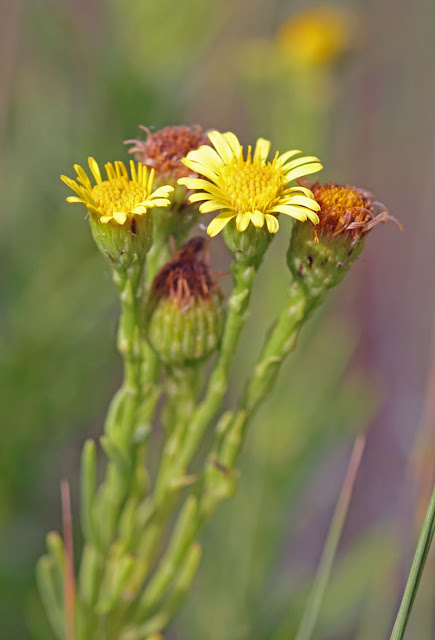 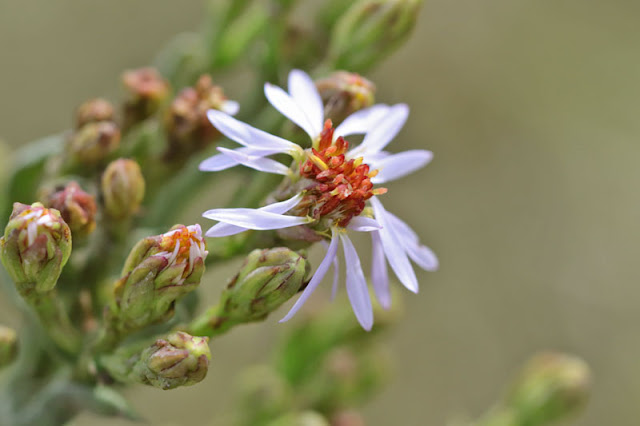 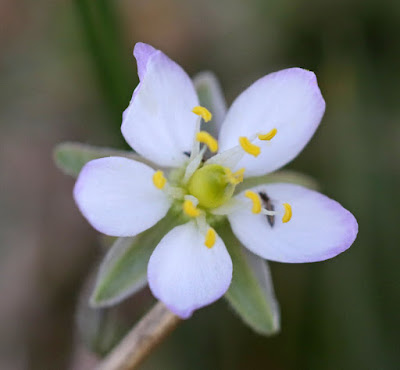 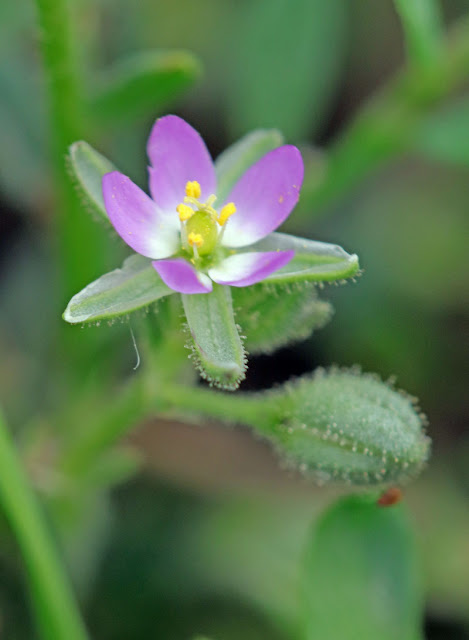 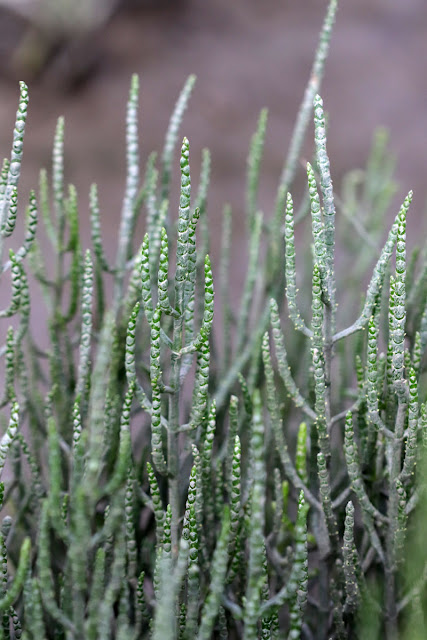 I'm not too hot on identifying Glassworts.
The Kent Botanical Recording Group run a Glassworts field trip each year, but I always miss them due to work and other committments.

However, this one was very different to those I'd seen before.

It was up to a metre tall and growing at the very low tide mark. 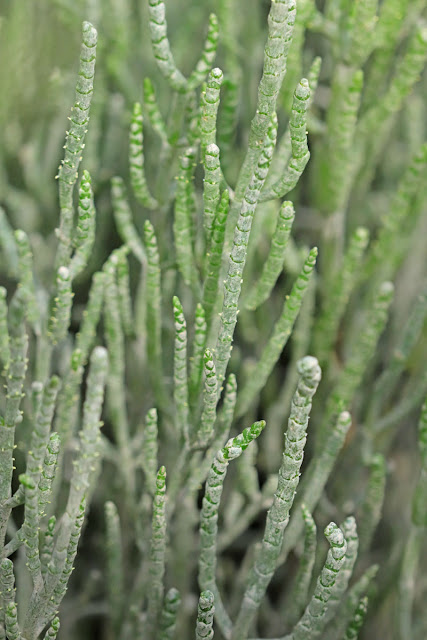 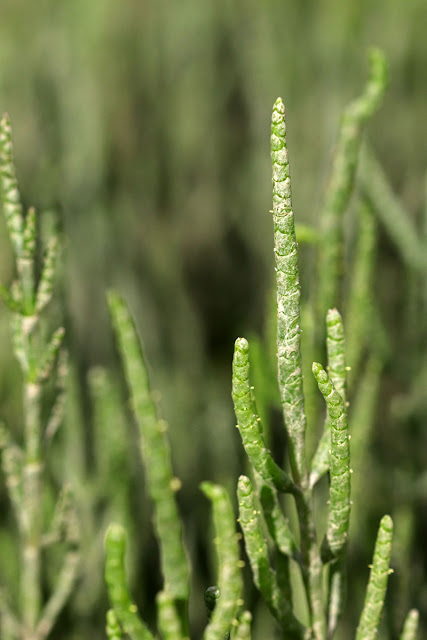 With such long segments and growing where it was, it could only be Long spiked Glasswort, kindly confirmed by Lliam Rooney from KBRG. 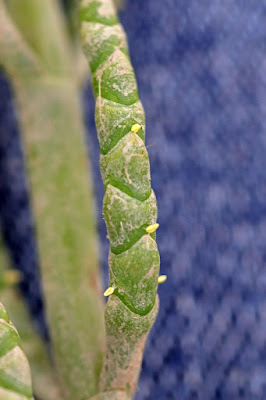 This photo shows off the flowers!
Another species first for me. 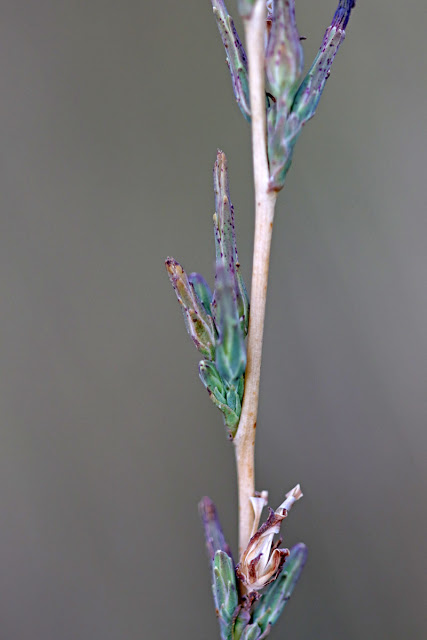 Finally, my star find of the day!
It will seem an anti climax as it wasn't in flower and was dying off. 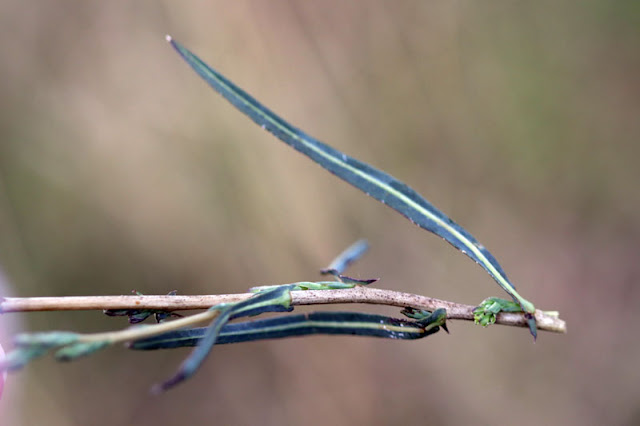 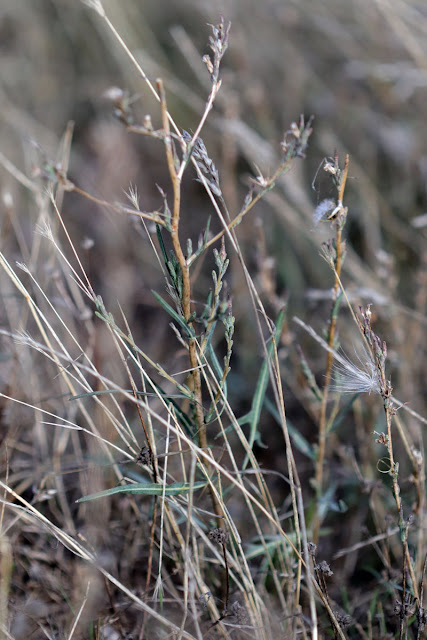 This is Least Lettuce, a very rare plant in the UK

Here's a quote from :
https://www.brc.ac.uk/plantatlas/plant/lactuca-saligna


"L. saligna has suffered a severe decline owing to sea-wall refurbishment and river engineering. It was extinct at about half its known sites by 1930, and survived in East Anglia until 1953. Inundation by sea water caused a dramatic decline in the present Sussex population in the 1990s, but the Essex population is thriving, and benefits from cattle grazing. It was re-found on the Isle of Grain (W. Kent) in 1999".

This colony was to the West of the Isle of Grain, so it seems to be expanding its range in the area.

https://www.brc.ac.uk/plantatlas/plant/lactuca-saligna  also has a great photo of this plant in flower from Lliam Rooney KBRG.

I hope you enjoyed the blog, this trip included some real botanical gems.