- April 18, 2019
This was my last day out before I was scheduled to have heart surgery and the plants I would find  gave me some peace from the constant mental worries churning through my head at this time.

First stop was the seaside car park at St. Margaret's Bay, accessed by going down the steep chalk cliffs through a series of very sharp hairpin bends. 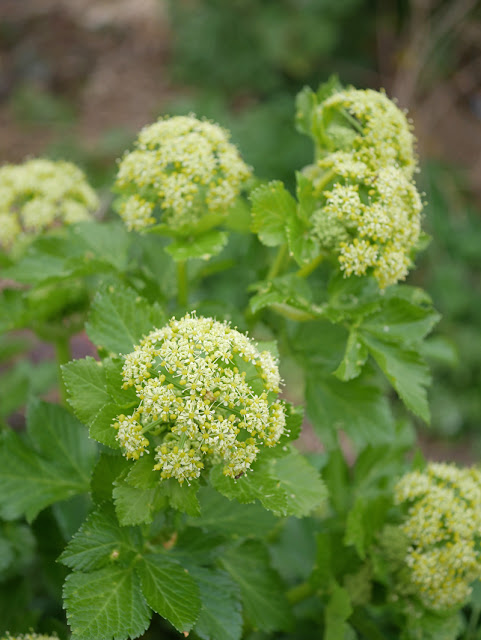 Alexanders is very common in the coastal areas of Kent and was now in peak flowering form in several areas of the car park and cliffs. 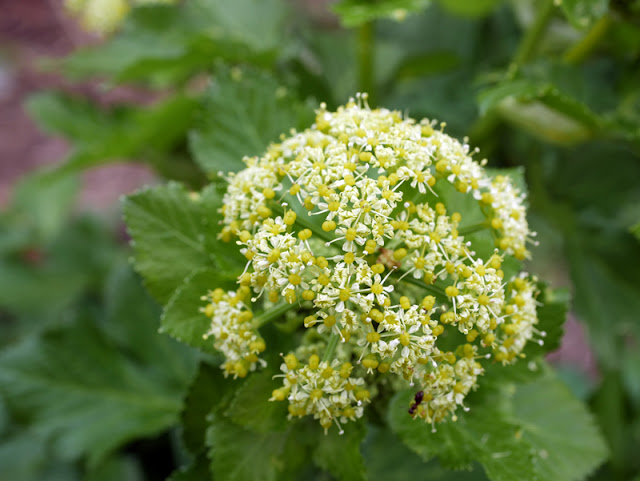 Sea Mayweed decorated the edge of the car park within the spray zone of the sea front. 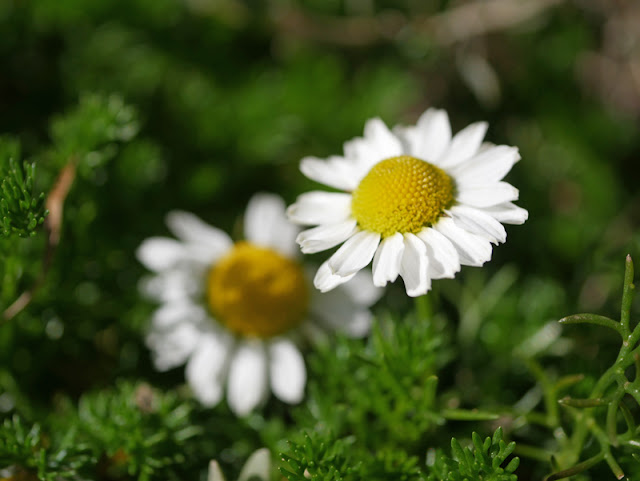 It looks very similar to its inland cousin, Scentless Mayweed, but has fleshy leaves in comparison. 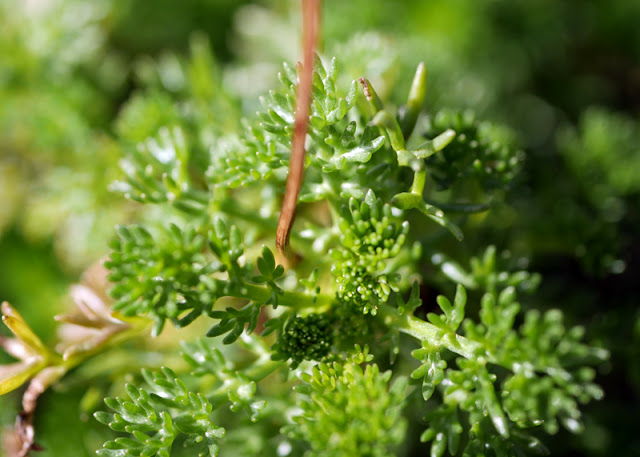 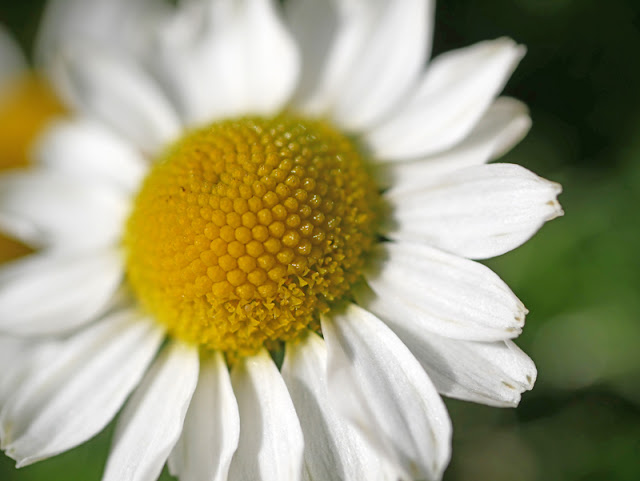 Musk Storksbill is spreading rapidly through the county and I have seen it in numerous places in north Kent. It's now spreading along the coast as well. It's generally much bigger than Common Storksbill, with very glandular foliage that has a gone off lemon smell when bruised. 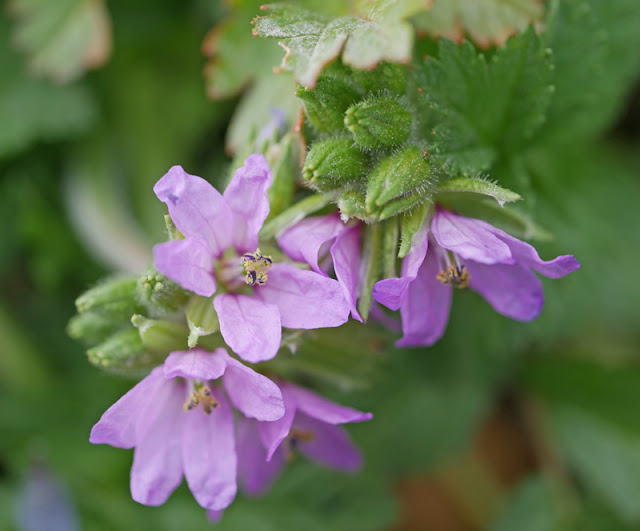 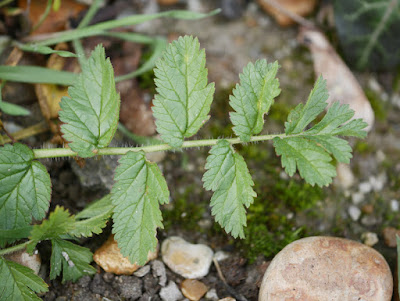 Cherry Plum trees were in bloom near the cliffs. 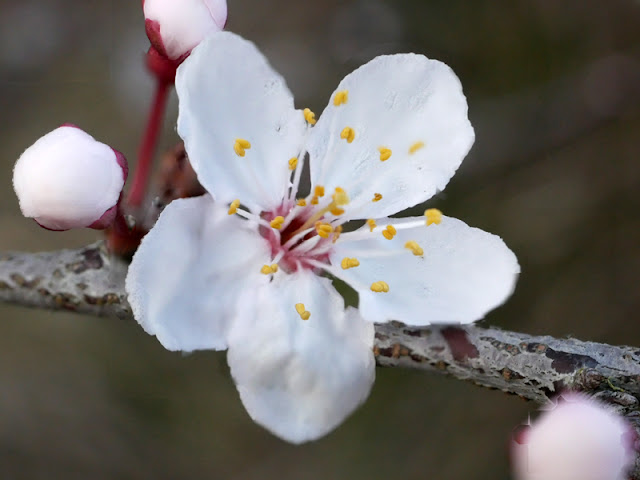 We then left this area and ended up in Sandwich, just north of here. Poking out of the shingle were numerous Sea Kale plants. They reminded me of fan worms in a coral sea coming out of their shells to filter the water for food. By May they will be big, bushy plants clothed in swathes of white flowers. 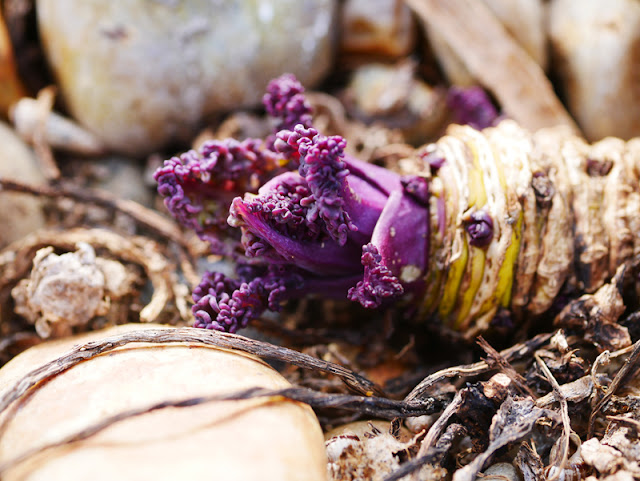 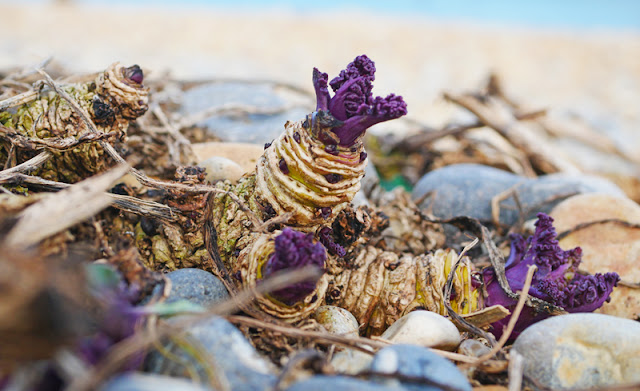 Coltsfoot is often found on beaches and waste areas. It's bright yellow flowers and scaly stems aren't found in any other UK wildflower, so it is easy to recognise. It also flowers before any leaves grow. 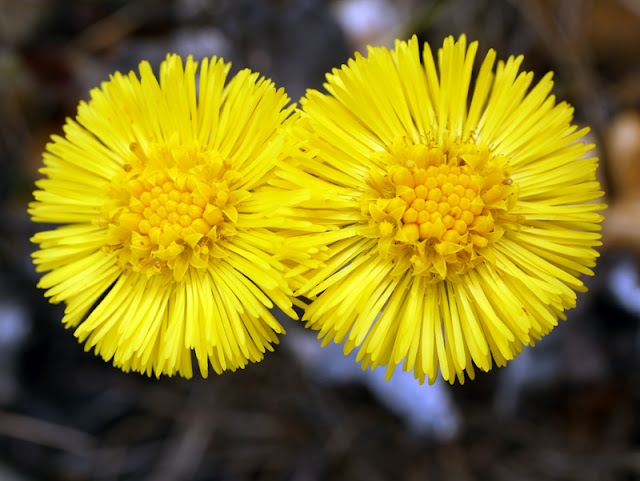 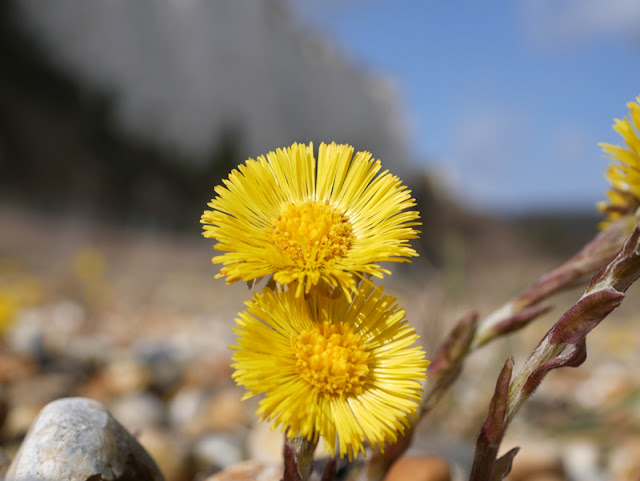 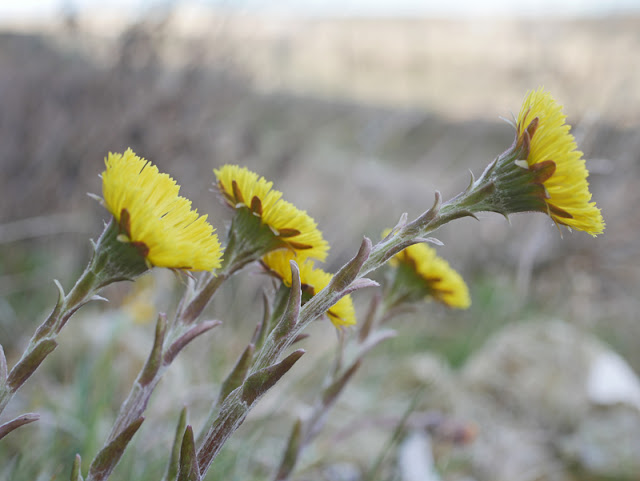 It is well known that Sandwich dunes is the best location in the UK to see Lizard Orchids. Here, there were hundreds of rosettes which appear prior to flowering. Visit in late May/early June to see them in flower. 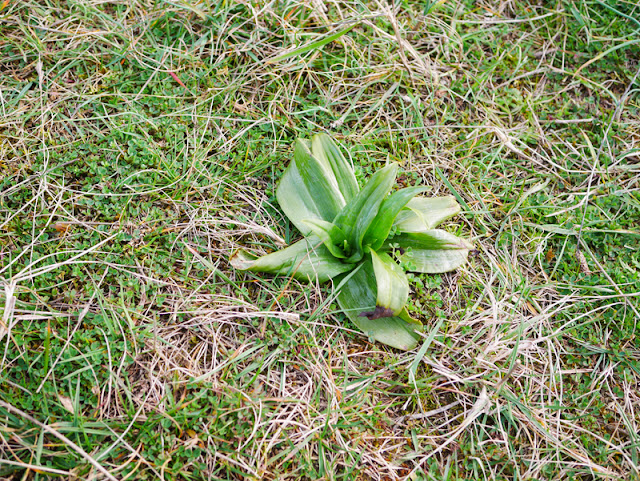 Although you can't make it out in the photo above, the orchid is surrounded by Subterraneum Clover (Trifolium subterraneum), an unusual plant and one I don't see very often.

Due to my illness, I couldn't get down low for any amount of time to have a good look at the smaller plants. Thankfully I had help this day from my 13yr old grand-daughter. 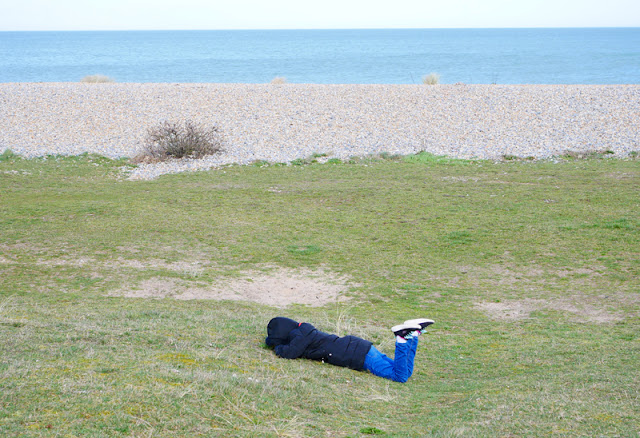 You can see why this prostrate pose leads to passing members of the public usually asking if an ambulance is required. 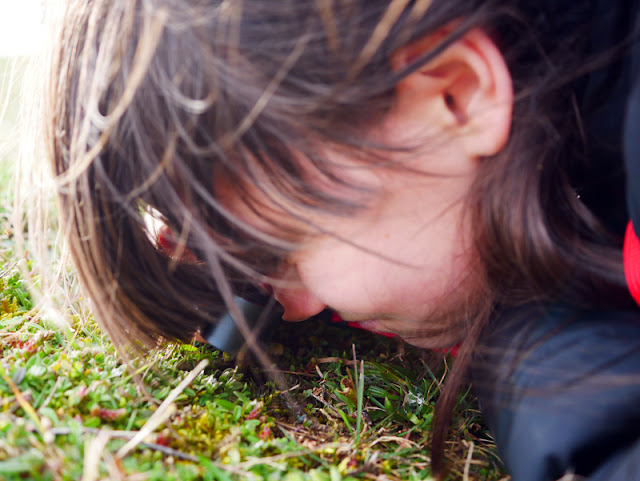 Just under her eye loupe is the plant she found for me, Little Mouse-ear and very little it is too! 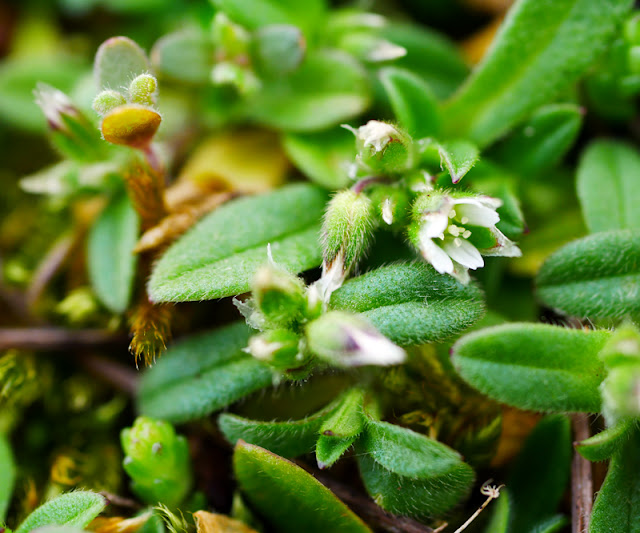 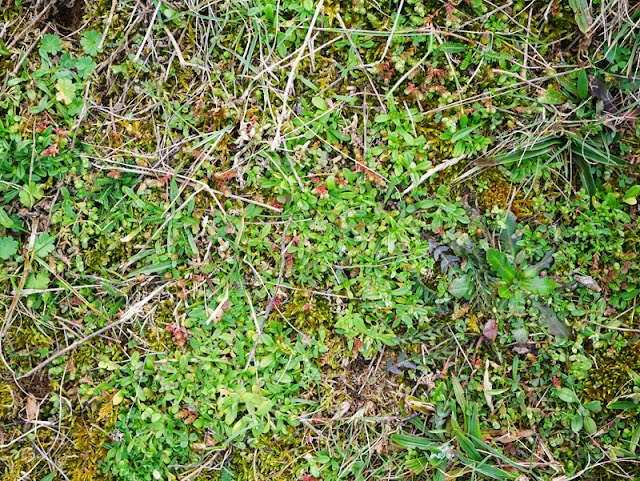 There were some Wild Carrots in flower. The domed shape and lack of any red centre flowers mean this is probably subspecies gummifer. 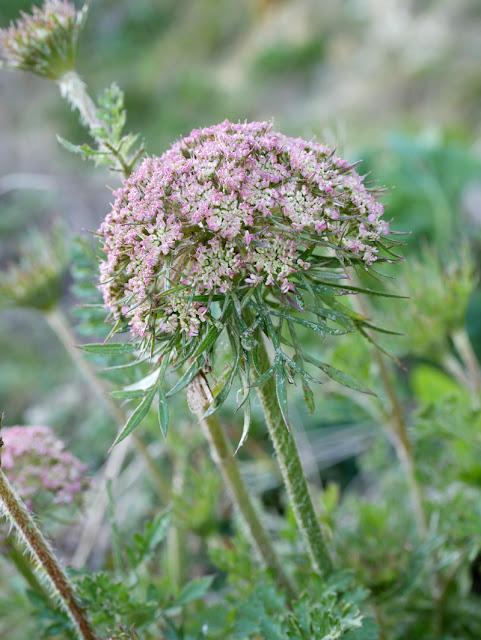 It's easy to determine these when in fruit as the fruits are unlike the usual Wild Carrot and don't form into a ball. 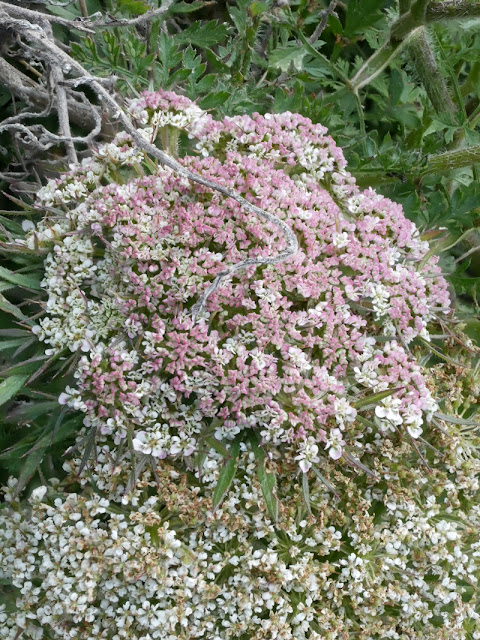 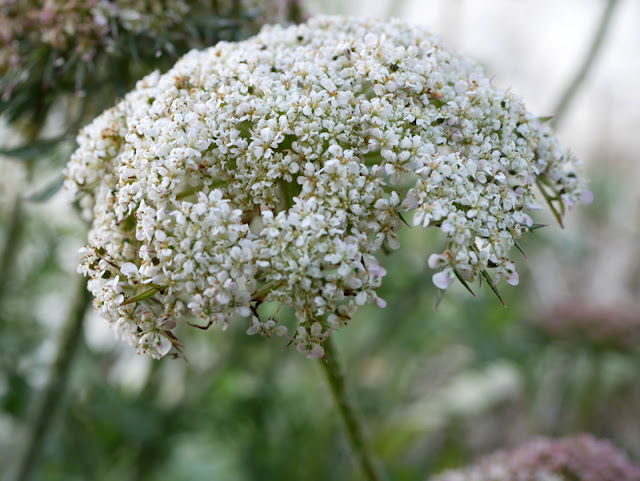 Sandwich has a good population of Sea Spurge, a rare plant in Kent due to a lack of suitable habitat.
The cold weather had turned this one and several others, shades of red, which really stood out on the beach. 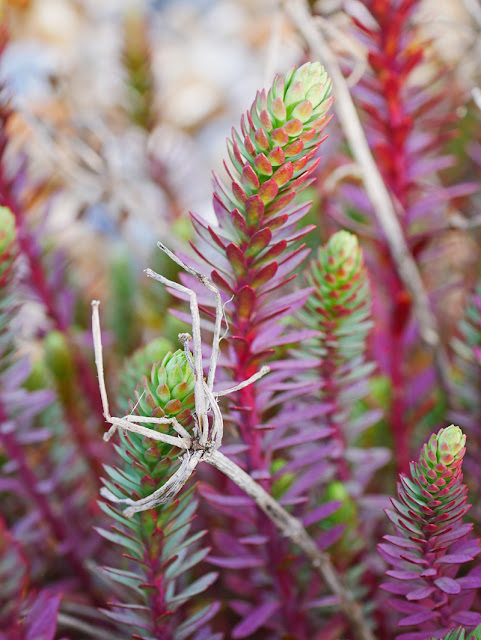 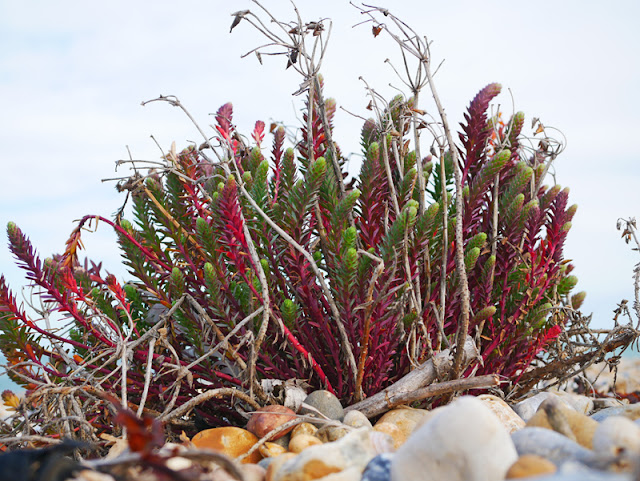 So ended a nice distracting day out. The next blog comes after my heart operation and some potentially serious complications.