The recent spread of the Lizard Orchid has been well documented with a new site in Chelsfield in Metropolitan Kent and another new site in Essex being recently recorded. It's also moving north with reports around other parts of southern England coming in.
However, when you go out for a walk close to your home and it's a walk you've made numerous times before, you don't expect to find a 3 foot tall flowering Lizard Orchid spike, but this day I did. 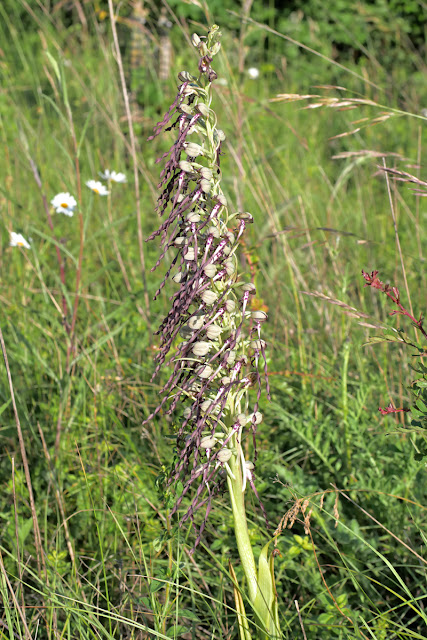 How can such a large and rare plant not be seen? I guess the answer in this case is that this was growing on a strip of land owned by the railways. It was fenced off against rabbits but not people (no barbed wire), though locals tended not to bother going there due to this fence. There was a second barbed wire fence keeping you off the railway before anyone asks!

Of course, being a botanist I had a peek and was looking to put a Bee Orchid record into this monad. I had walked this area many times from 2013 to the present day and I certainly did not expect to find this.

I took several photos, but the weather was appalling. Storm Hector was across the country and Kent had strong blustery winds that day. You can see the effect of the wind in the photo as all the flowers are blown to face in one direction.

As such, I returned a week or so later to take some more photos on a calmer day. 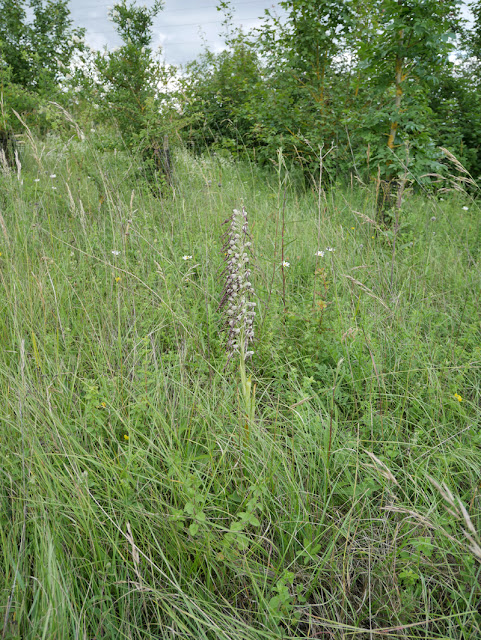 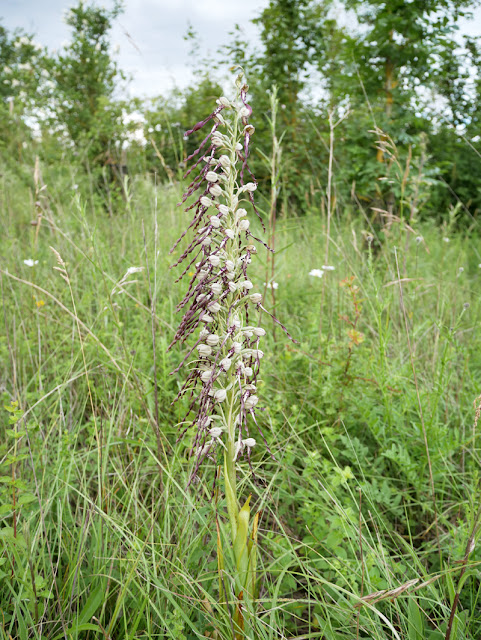 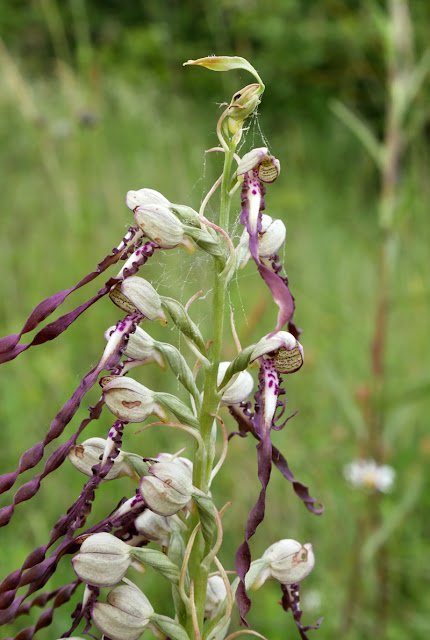 The effects of Storm Hector were still to be seen on the flowers! 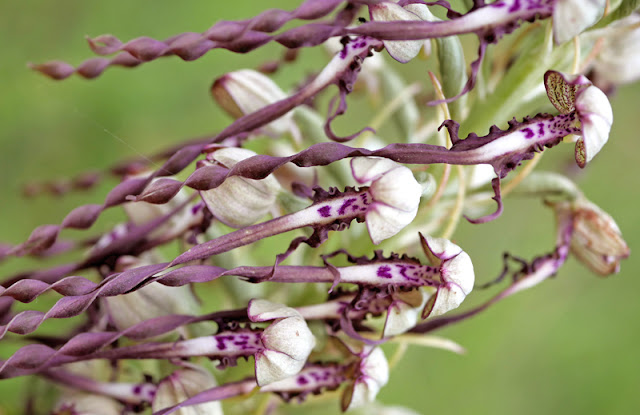 I researched this find and found that the only plants recently found in TQ56 were at Lullingstone Country Park several miles away. This find was virtually in TQ57 by less than 500m. The last Lizard Orchid found in TQ57 which roughly equates to Dartford and the surrounding area was in 1921. Before that, the famous local botanist Robert Pocock recorded it here in his Kent Flora dated 1800.
There is lots more information on Lizard Orchids and their history in Kent at https://bsbi.org/kent then scroll down to "RPR Species Account H" open the document and look at Himantoglossum hircinum, it's written by our County Recorder and is a good read!

For those local to Kent who think Robert Pocock sounds familiar - it is the name of the Wetherspoons pub in Gravesend. 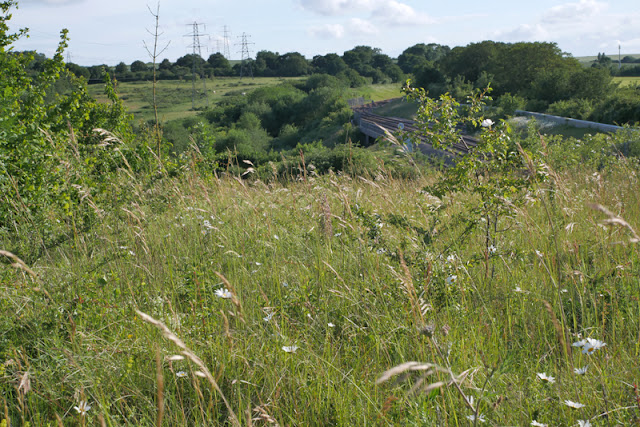 It's a bit hard to see, but the orchid is dead centre. 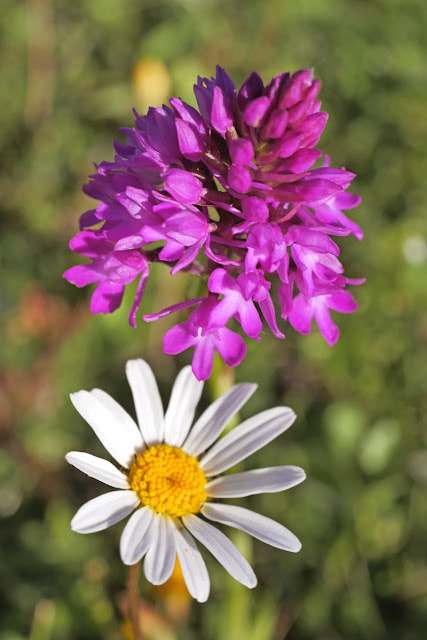 Pyramidal Orchids were also out in numbers now. It's now a very common orchid in my part of Kent. 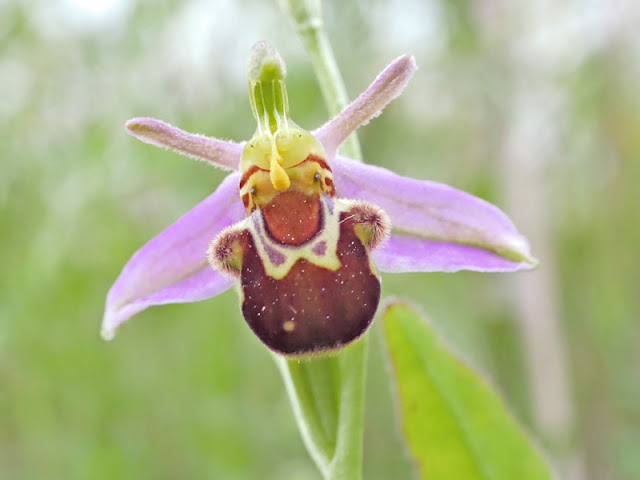 I went out that day hoping to find a Bee Orchid. It was good habitat for one and last year I had found a single Man Orchid there, so my expectation wasn't unreasonable. However, I don't know how to describe what I felt when I was looking at the ground for a Bee Orchid, then looked up and saw a fully grown flowering Lizard Orchid. I do recall I stood there speechless for about a minute then grabbed my phone and called my partner to share news of my find. It certainly seemed like we couldn't go wrong after also finding a new colony of Early Spider Orchids in Kent a couple of months earlier.

The point of this blog, other than detailing this exciting find, is that anyone could have found it (or any other rare plant) and one could pop up almost anywhere in the south and now further north too. My area is very heavily recorded for plants, so don't think that in such areas you won't find something new. It's too late for orchids now this year, but get out there and see what you can find, perhaps only yards from your front door!