My recording this day took me close to the Isle of Grain, a bleak area of north Kent bordering the Thames and Medway estuaries. Stoke overlooks the Medway estuary and is a tiny village just off the very busy A228.

My first plant of interest was, for a change, a grass. 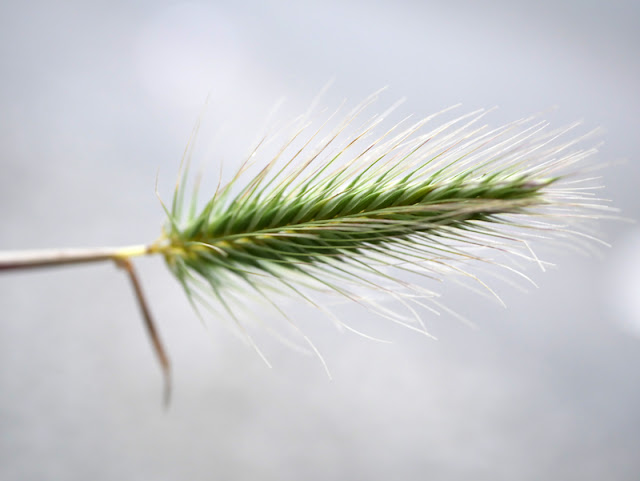 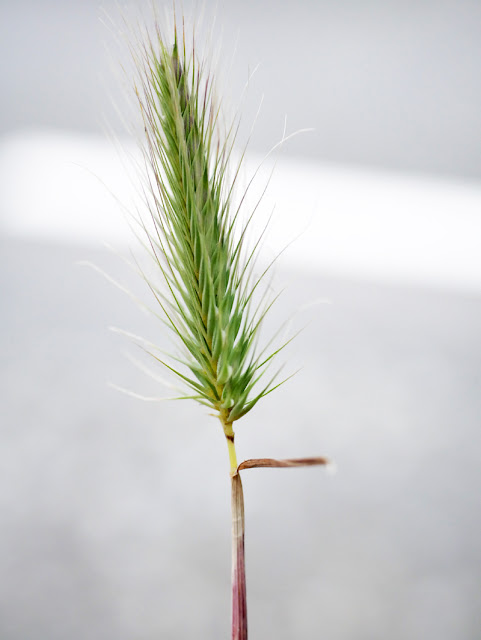 This looks like the very common Wall Barley, the plant whose seed heads are pulled off to make a dart. Kids then throw these darts at each other.


However, this isn't Wall Barley. It looked different, being shorter, smaller and with the awns (bristles) spread much wider.

It's Sea Barley, a Kent RPR species. I had found this last year in thousands at Allhallows a few miles away not far from salt water.

These plants weren't close to salt water at all but on a salted road verge of the A228. I wonder if, in time, they will spread around the country in the same way as Lesser Sea Spurrey, Grass Leaved Orache  and Danish Scurvygrass? 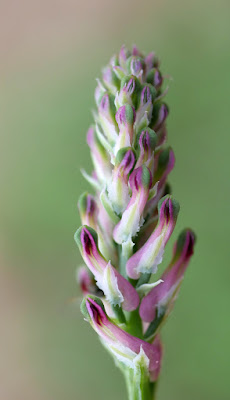 On a field edge by the road I found a fumitory. I have the BSBI handbook for these and provided one takes some decent photos along with some measurements one can ID any of those found in the UK relatively easily.

These flowers weren't quite open yet, but they are numerous and all squashed together. The flowers are under 11mm long and they have conspicuously big sepals. This means it can only be Dense Flowered Fumitory. I don't often see these, though a few years ago hundreds of thousands just appeared in a field near where I live. I haven't seen them there since! 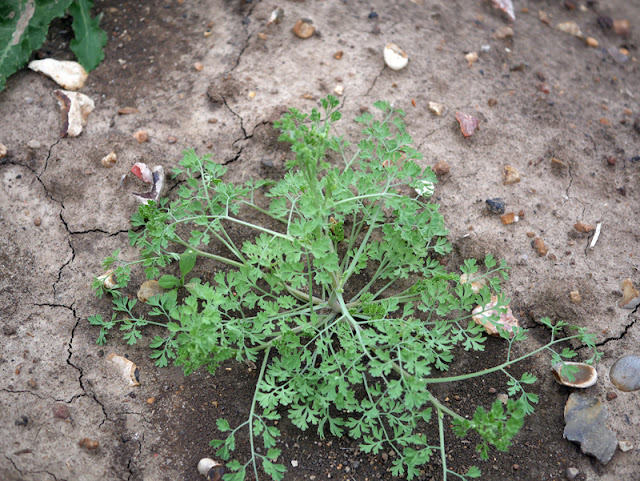 This tiny flower is often overlooked and is missing from many monads where I'm sure it would be present if looked for. It's Procumbent Pearlwort and I see it in almost any Kent or SE London pavement cracks! 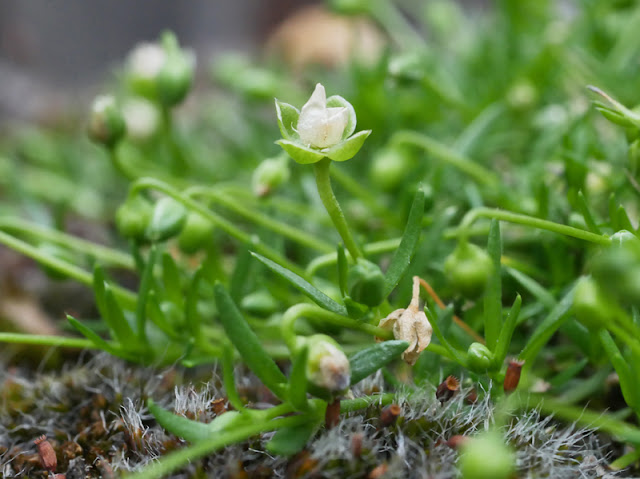 Here it was growing on an old wall of Stoke Church. This photo hows you the form of the plant, though perhaps I should have placed a 10p coin next to it. The whole plant was about the same size as a 10p piece. 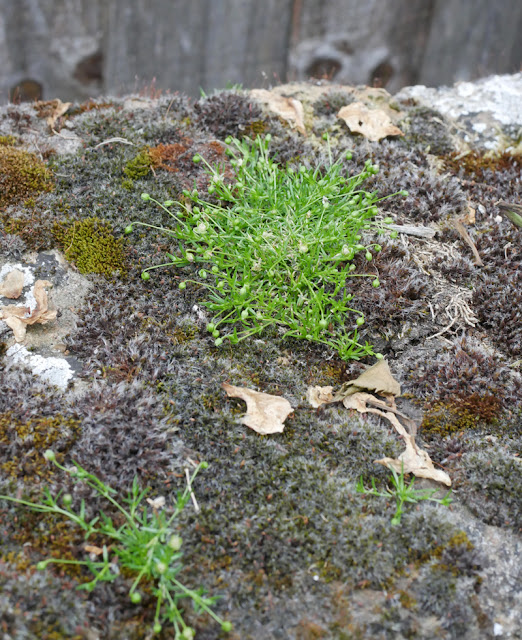 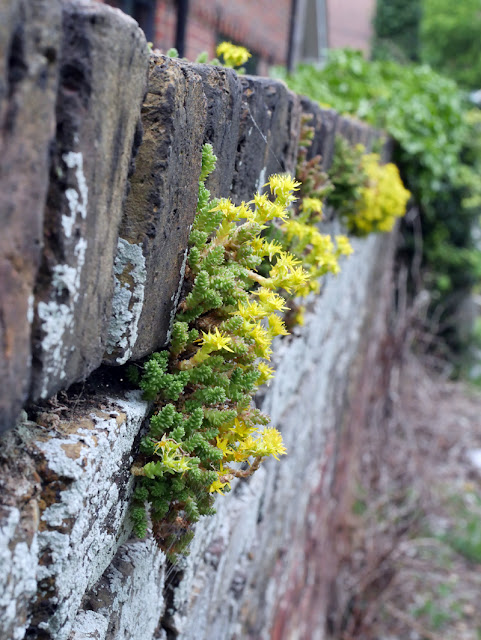 This wall was also home to Biting Stonecrop, an attractive native yellow stonecrop.

Sedums also grow on shingle, thin soil over old concrete and other places with little competition such as some road verges. 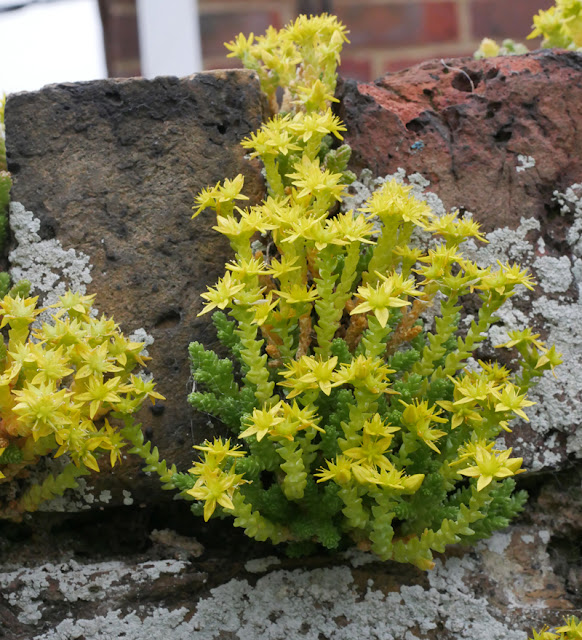 The other usual Sedum found is White Stonecrop, which isn't native but is found just about everywhere as described above. 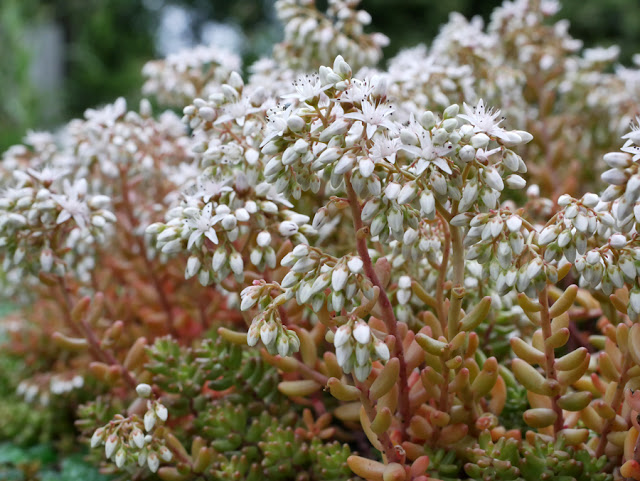 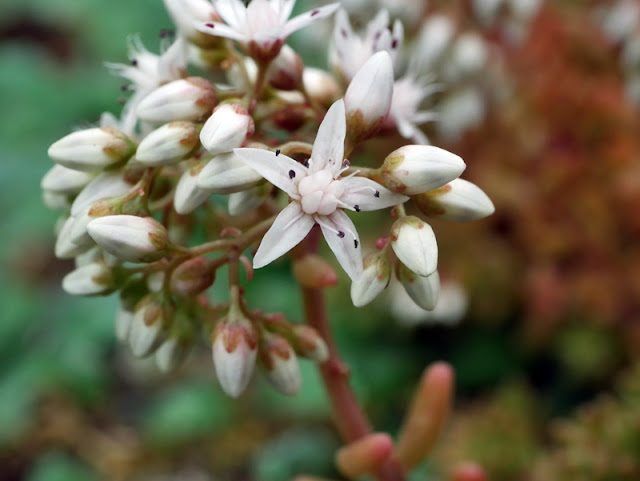 I don't know why, but I'm always pleased to see Field Pennycress. It's not particularly rare but it pops up here and there and its seeds are very eye catching, unlike it's tiny white flowers. 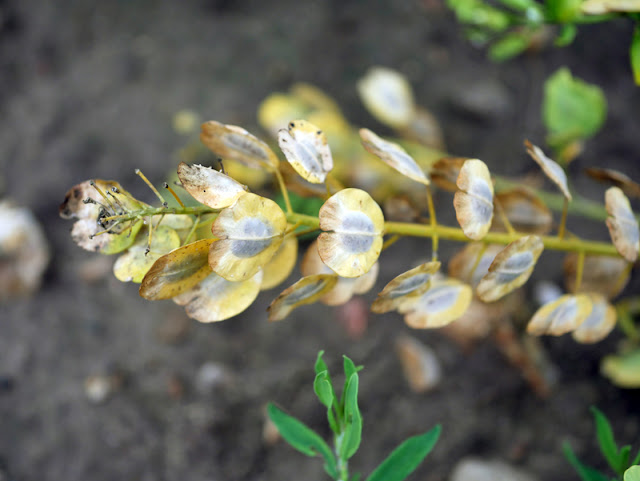 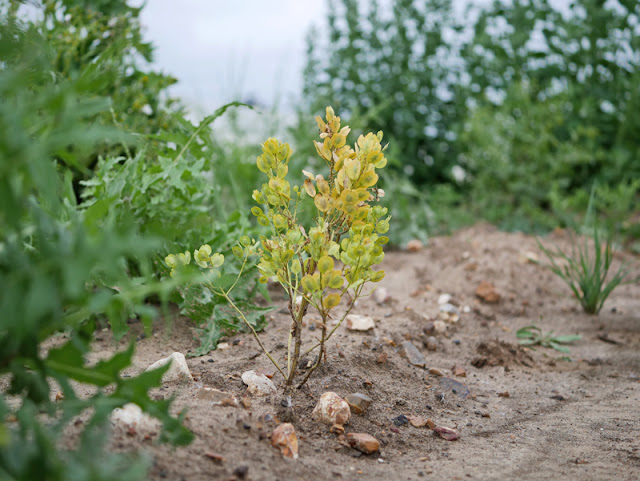 A typical view within this monad which had virtually no trees that weren't planted. Elm was the most common tree found but in the form of bushy hedgerows. Even the tall Yew tree in this photo would have been planted at Stoke Church, many years ago. 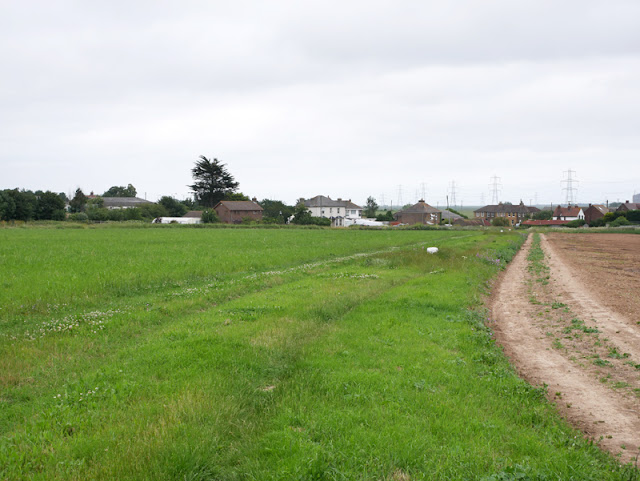 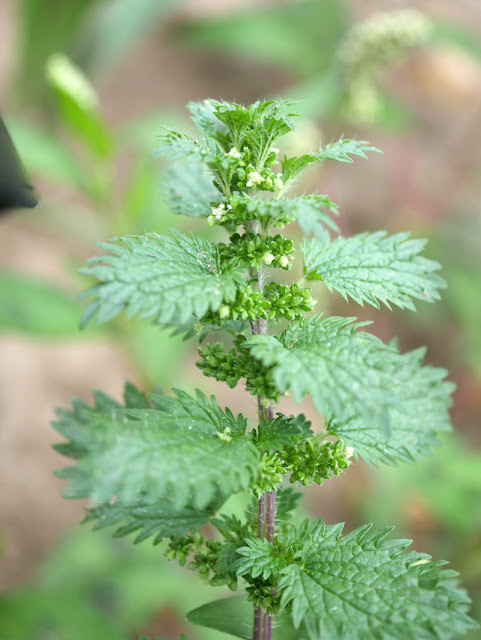 Quite often along arable field edges, the dominant Nettle is the Small Nettle which has vicious stinging hairs.

In my opinion they irritate one twice as much as a normal nettle "sting".


You can see its form is not the same as Urtica dioica (Common Nettle).

I then walked across a field of mixed sown legumes, though they were relicts of that sowing - remnants left over is perhaps a better way to put it. I noticed Lucerne and Sand Lucerne, the odd Broad Bean, then Alsike Clover and finally these! 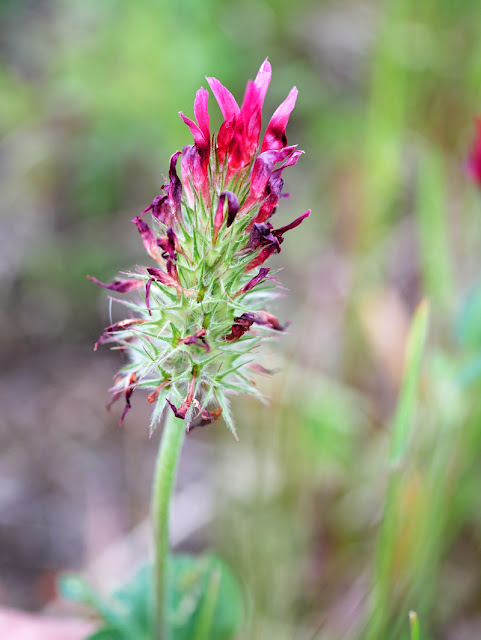 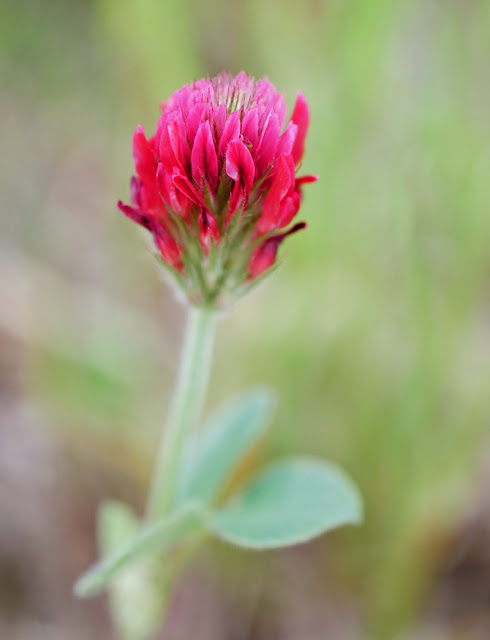 This species has long naturalised in some places in the UK, such as Shoreham Beach in Sussex. As such, when found, I feel it important to record them (as planted) as this may in future show the source of plants later escaping into the wild. 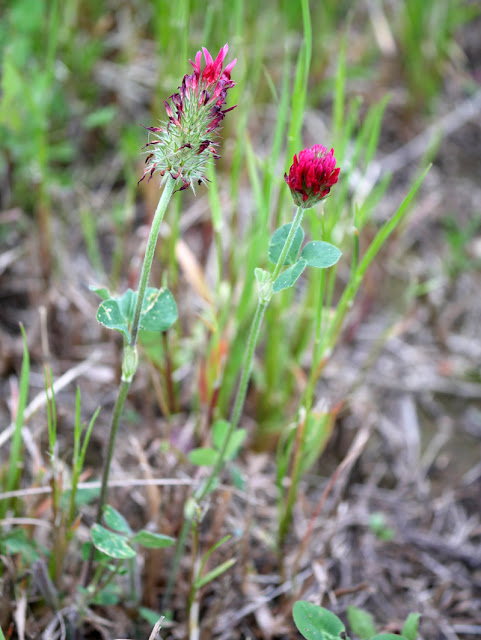 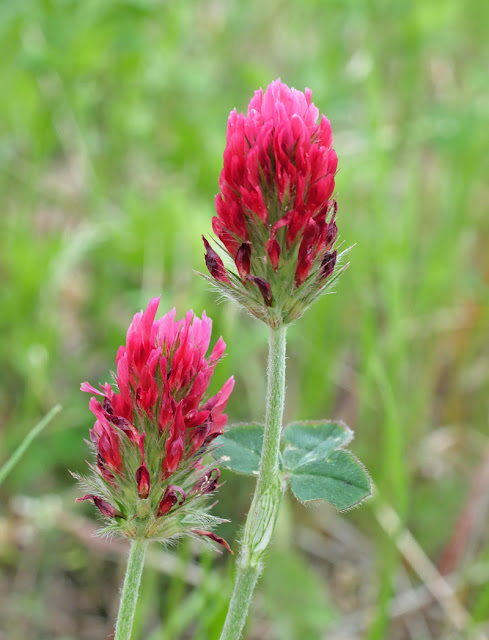 Beautiful aren't they. It just shows that anything can be found when one goes for a walk.
Until next time, take care,