- September 05, 2016
The M2 Farthing Corner services near Gillingham sit within a botanically under recorded OS square. To the South is an area of countryside allowing access to this square via a footpath. I haven't taken many photos as most plants were common, but exploring new areas is always interesting as I never know what I might find. Common Fleabane was present, as it is in many places now. 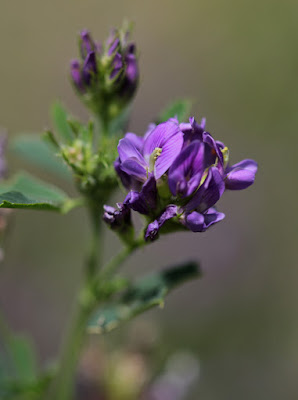 This is Lucerne, a Pea Family member. It is often found on road verges and wasteground and is also planted as a fodder crop.


The yellow flowered form of this is Alfalfa. 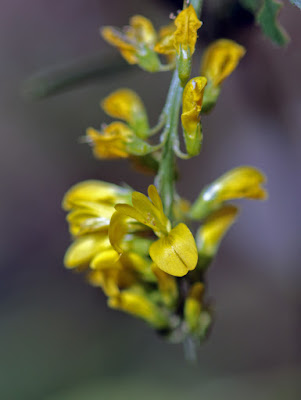 This is another Pea, the Tall Melilot, another common road verge wildflower. It's long spikes of yellow flowers dominated this area, so I suspect they may have been sown as a fodder crop at some time in the past, though the area now looked ike it had been untouched for many years.

This is an unusual view in that it is upside down, thanks to the spike drooping over, You can see the flowers better from this angle though. 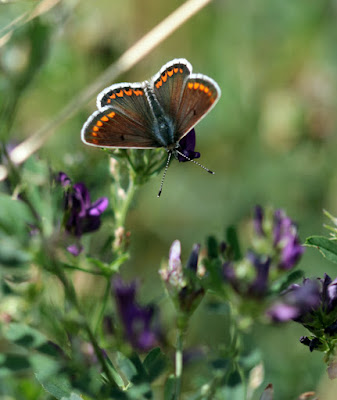 It was a warm sunny day, so there were plenty of butterflies on the wing, but most I couldn't get close to as they were too active.
The most numerous species here was the Brown Argus butterfly, this one feeding on Lucerne. 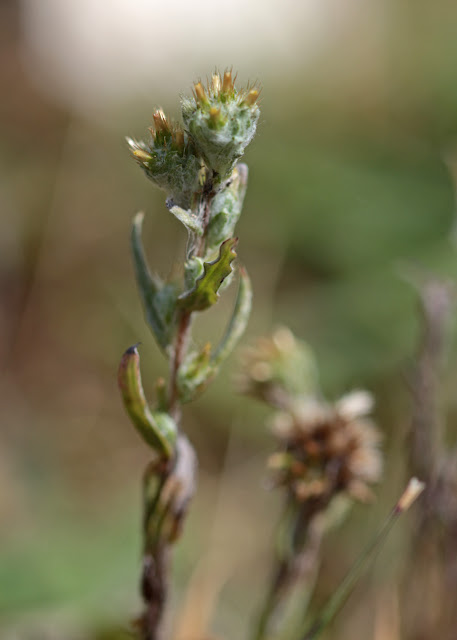 The ground was bone dry and I wondered if these were just stunted Common Cudweeds, but I had never seen them this small before, most no bigger than a matchstick. 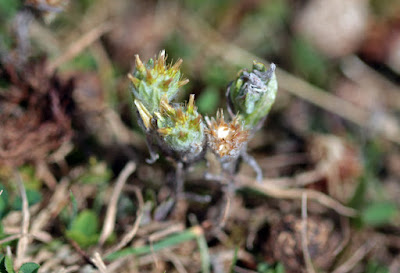 I obviously took a lot more photos than shown here and I sent them off to my County Recorder for his opinion.

He was later pleased to tell me I had found the rare Small Cudweed.

You can just make out the rabbit droppings in the bottom right of the photo.

I recorded 71 new records here which was great. From here, I dropped in for a short walk at the nearby Kent Wildlife Trusts' Queendown Warren. 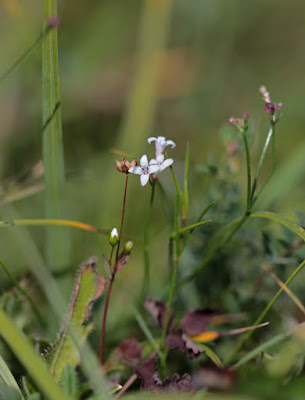 I was only here for about half an hour, having a quick look to see if any Autumn Ladies Tresses could be found. Unfortunately I didn't find any, but enjoyed the chalk flowers to the full in any case.

This is Squinancywort, a very small white/lilac flower with strap like but unequal leaves. 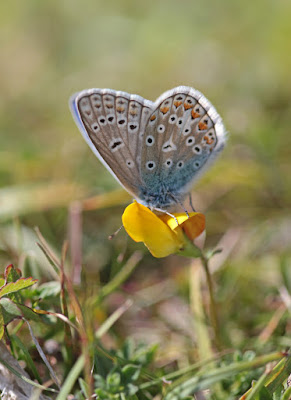 Common Blues were out in force, this one on Common Birdsfoot Trefoil but I also saw them feeding on Wild Marjoram and Wild Basil, so they're not fussy eaters. 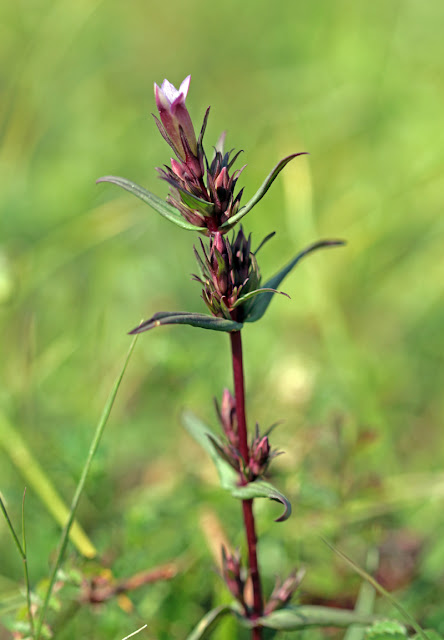 My final photo for this day was the lovely Autumn Gentian, a Kent RPR species, but common in chalk grasslands at this time of the year. 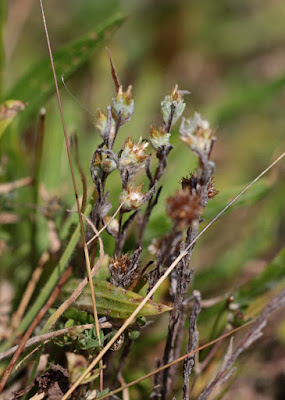 So ended a peaceful afternoon watching butterflies and recording plant species. Without doubt, the highlight of the day was finding Small Cudweed, a species I'd not seen before.

If you go looking for it, get down to ground level or you won't notice them at all, they really are that small.