- September 04, 2016
Littlestone is a small non descript town on the coast on the South West corner of Kent. It has a shingle beach and when the tide goes out there's more mud than sand, so it isn't popular with day trippers.

However, just North of the town there is a golf course and between this and the sea wall there is a great habitat for wildflowers and insects, comprising of stabilised old sand dunes, now pretty much flattened over decades and grassed over. 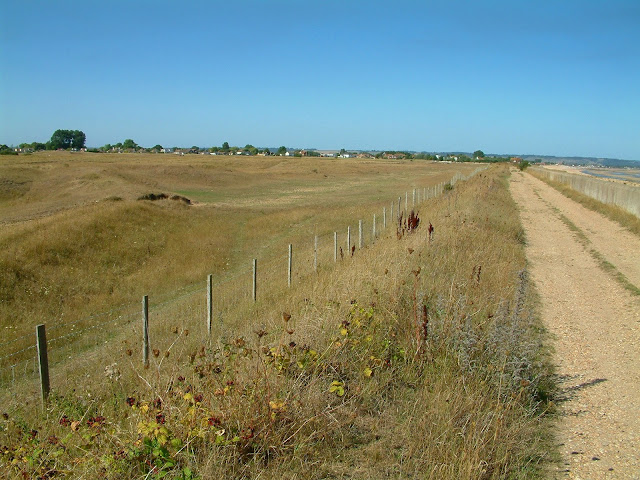 In 2013 I found here a small colony of the last Kent wild orchid of the season to flower, the Autumn Ladies Tresses. These are quite small, with single spikes around 4-8" tall poking up with  tiny white and yellow centered flowers spiralling up it. In 2015, I didn't find any on two visits here, so was rather concerned they had gone for good.


This area behind the sea wall is a good habitat for Sea Holly, a Kent RPR species due to habitat loss. This time though, the habitat loss isn't through intensive farming or building, but by sea flood defences. The EA move thousands of tons of shingle every year to prop up these defences. This means huge earthmovers and bulldozers ripping up the shoreline from Folkestone to the Sussex border every year. No wonder it's dying out, along with other shingle/sand dune loving species such as Wild Cabbage and Red Hemp Nettle.

Sea Holly flowers are actually a head of mini florets, all in a beautiful pastel blue. You'll often find bees, flies and beetles feeding on them in late Summer. 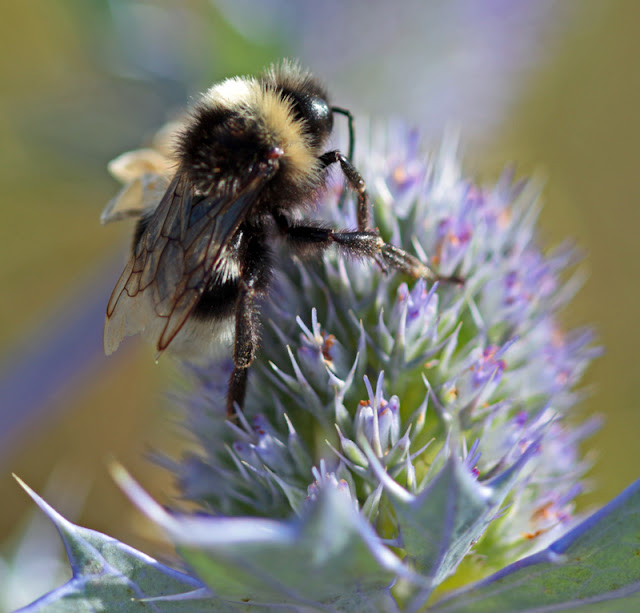 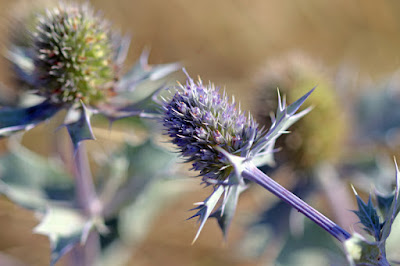 
Though there were many plants to see, I didn't photograph them this day, as I had already done so on previous visits. 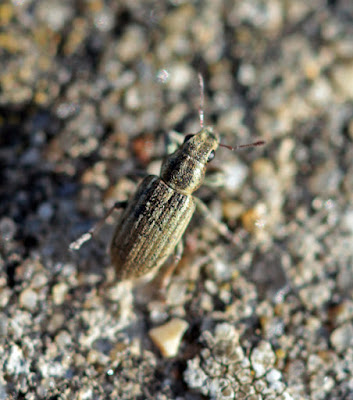 I don't know what type of beetle this is, but there were hundreds flying about. Only about 5mm long you think they are flies at first.

I found this one walking along the sea wall and managed a photo. I think insects are quite fascinating creatures! 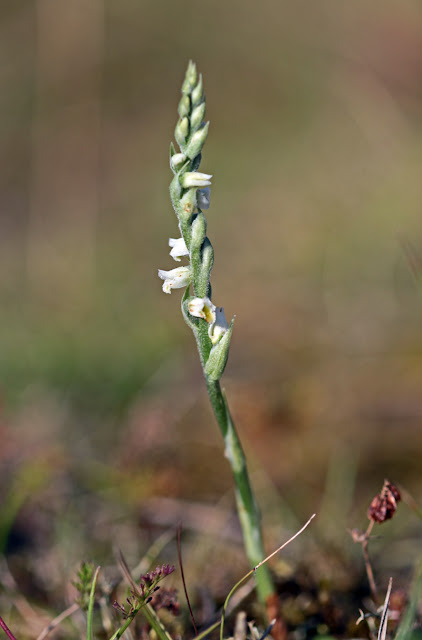 I then came to the area where I had previously seen Autumn Ladies Tresses and I was pleased to find a group of at least 20 coming up with just one or two in flower.

Most were still tiny spikes poking up through the sandy soil, but were clearly this species. In a couple of weeks there will be a fine display here.

I suppose conditions just weren't right in 2015 and they stayed underground not flowering at all here.


The twisted spiral feature of this plant gives it its name of: 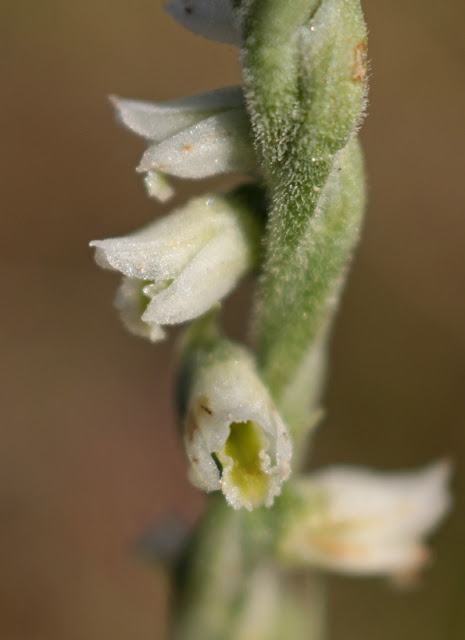 These are the tiny flowers that spiral around the single stem or spike.

There is no basal rosette as these will have died off by flowering time. I have tried to spot the rosettes in the turf in early Summer, but never find them! 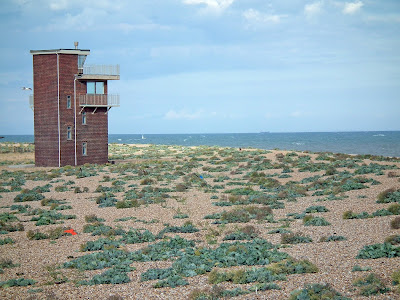 We then made the short drive along the coast to Dungeness NNR, a unique shingle habitat that is quite huge!

We didn't have much time so I just had a walk around the vegetated shingle area near the RH&DR light railway station.


(photo from my archives) 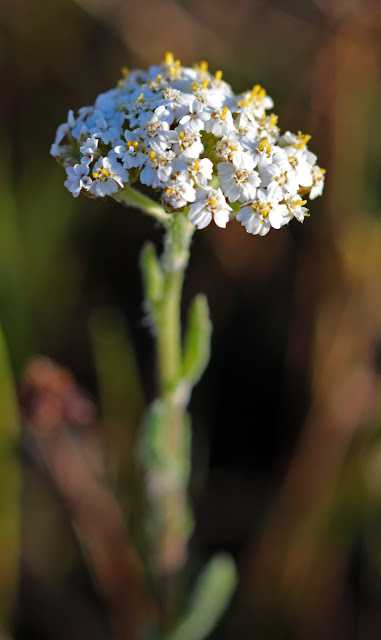 Nothing rare about this plant, it's in almost every lawn, park, field edge and, well everywhere!

it's Yarrow, a Summer flowering species that if it stays mild, will continue to flower well into Winter.

I really like the attractive flower heads, made up of tiny flowers. Most have white petals, but some can be quite a deep shade of pink.

The leaves are quite distinctive, fine feathery fronds. Go have a look in your lawn! 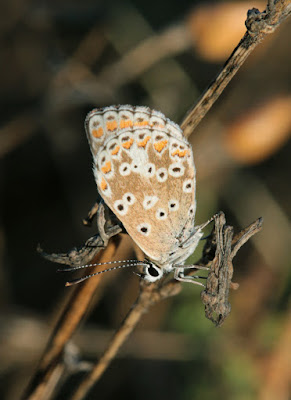 By now, it was early evening. It wasn't difficult to spot the Common Blue butterflies now roosting on vegetation. I found several, both males and this female. 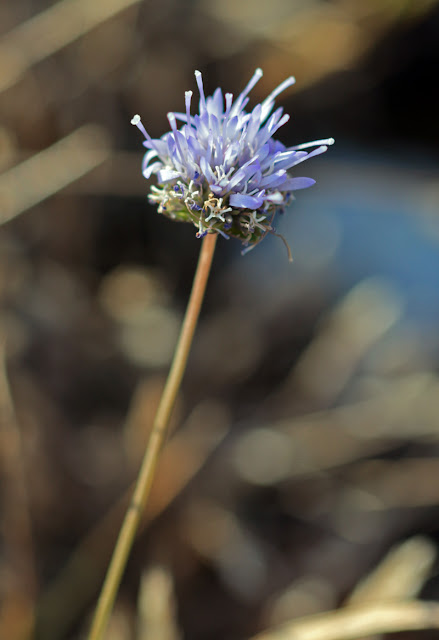 This is Sheeps Bit, a Kent RPR species, but very common in the West of the UK. I saw thousands on a hillside in Wales last June.

However, in Kent they are few and far between. I had found them North of the Long Ponds at Dungeness in the past but not near the point, so I was quite pleased to find them here. There was just one colony of about 30 plants, most in seed, in short turf, surrounded by Gorse bushes.

These are also present at Littlestone Greens by the beach huts. 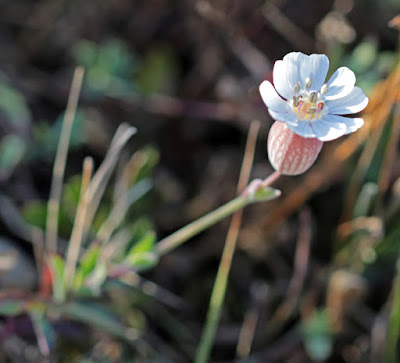 Another plant that was mostly in seed now was this Sea Campion. An easy way to tell them apart from the superficially similar Bladder Campion is that there is always just one flower per stem on Sea Campion.

As usual at Dungeness, it was quite windy, so pin sharp photos were unlikely this day! 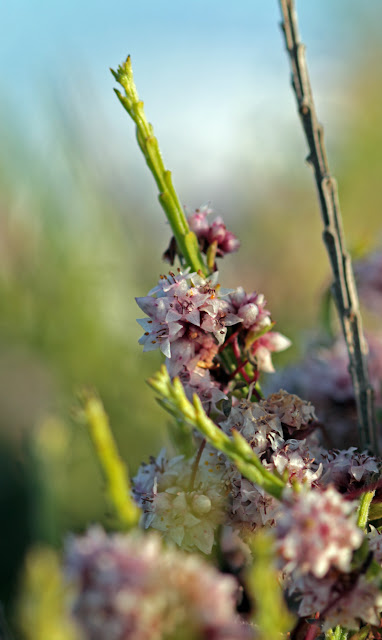 The green plant is Broom, a bushy member of the Pea Family. It's being parasitised by Common Dodder, which are the pink flowers all over it.

Dodder is another Kent RPR rarity in Kent and declining all over the UK, though no one seems to know why.

It's relatively easy to find at Dungeness and particularly favours growing on Wood Sage, which is fantastically abundant here.

Inland at Pol Hill near Sevenoaks, I have found carpets of Common Dodder growing on Common Birdsfoot Trefoils, so they aren't too fussy about which host they live off. 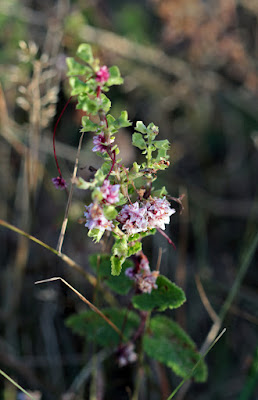 As if to prove a point, a bit further on, I found Common Dodder growing on Wood Sage which rounded off the day nicely.

I try to visit these botanically rich areas once a month or so as my dear old Mum lives nearby and it's a good excuse to call in to see her.


That was it for today, I'll be back with another blog soon. The next one is a general recording trip near the Farthing Corner services just off the M2 where I found a very rare plant for Kent, and a first for me.