- September 17, 2016
I'm well behind (again) with my blogs, so I apologise for that. Having had 34.4 degrees over the last few days and now down to low teens in temperature, the seasons are topsy turvy. Most wildflowers have gone over in the SE of England now, thanks to weeks of hot, dry weather.

So I hope this and the following blogs rekindle the flame for finding unusual (or plain usual) wildflowers in your area. Of course, if you are from the North it's been raining a lot so I guess your wildflowers are still going strong!

Rye Nature Reserve is in East Sussex, just West of Rye and Camber Sands. It's mostly a shingle habitat, which can make for interesting species. Most people visit in the Autumn and Winter for the birds, but I go there for the flowers. 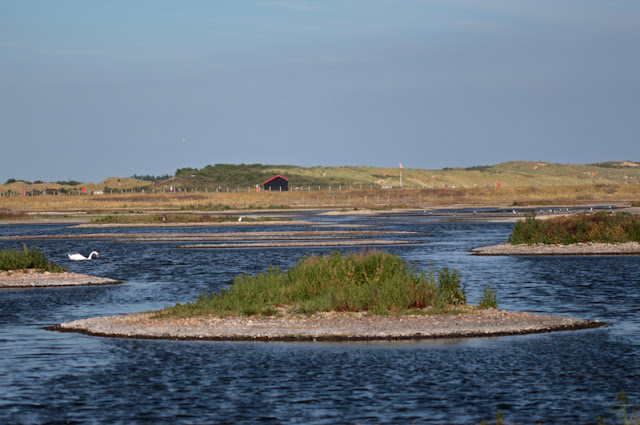 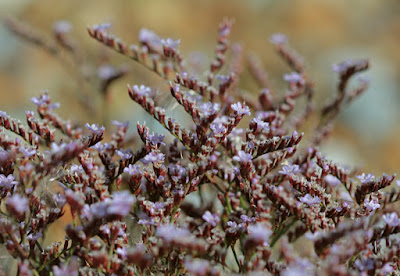 As you leave the car park, you walk along the edge of the River Rother, a tidal estuary with limited salt marsh. Here you can find Common Sea Lavender and other salt marsh loving species. 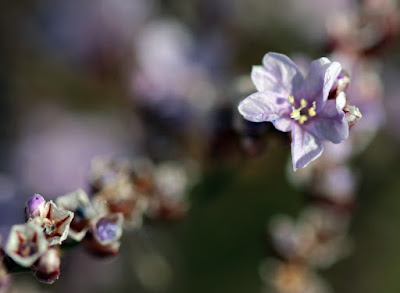 Here's a close up of the flowers, they are usually a light lilac colour but can be a deeper pink.

The leaves form a rosette and can be easily identified even when not in flower. I have seen them, as here, in shingle, and also growing profusely out of cracks in sea walls at Samphire Hoe near Dover. 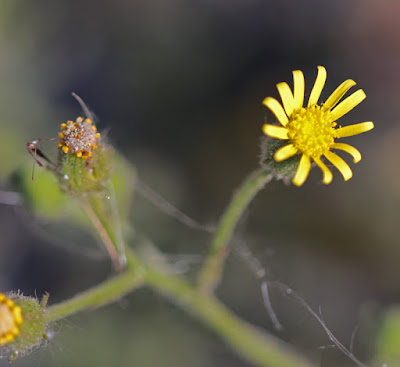 Sticky Groundsel was very prevalent in the shingle. This has the leaves of normal Groundsel but rayed flowers like Ragwort. The whole plant is stickily hairy and has a gone off lemon scent. Run your fingers over the stem and then smell them! 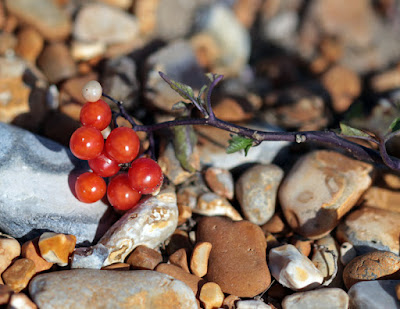 This is Bittersweet, or Woody Nightshade, quite at home in urban areas, countryside, ditches or dry shingle! The flowers are deep pink with a yellow centre. 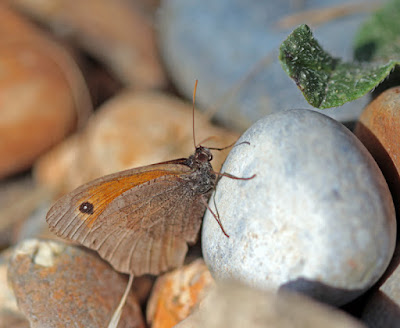 There are always butterflies here during late Summer. Here's a Meadow Brown, flying later than those inland. You may be lucky to see migrant butterflies here as well, being close to France. You need a Southerly or SE wind though!

The area has been remodelled to allow salt water to flood areas on Spring high tides. This has allowed the recolonisation of species such as Glassworts here. These are actually in flower! They have tiny yellow/white anthers popping out of their joints and that's about it! They are a difficult species to identify firmly 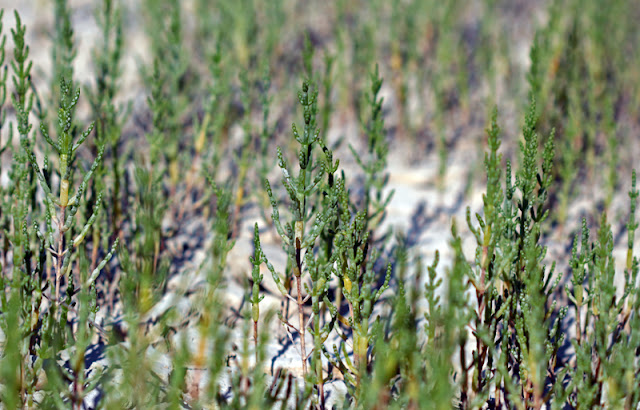 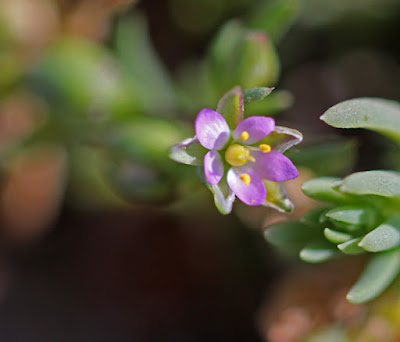 I was pleased to find both species of Sea Spurrey here. This is Lesser Sea-Spurrey. It has only a few anthers and the petals do not exceed the length of the sepals.

You can now find these inland on salted roads as well, such as at Northfleet on the A2 junction in North Kent. Like Danish Scurvygrass, they have taken advantage of our salting of the roads in Winter to expand their range. 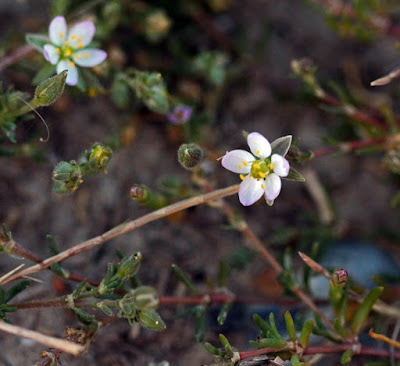 For some unknown reason, the same cannot be said for its near relative, the Greater Sea-Spurrey. It has failed to colonise salted road verges, though I have no idea why.


I then found a migrant moth, the Silver Y. They are a frequent visitor in the Summer months to my bathroom! They come to the UK in their 10s of thousands every year, I have no idea why there isn't a UK resident population. Perhaps their caterpillars need a particular plant that we don't have. 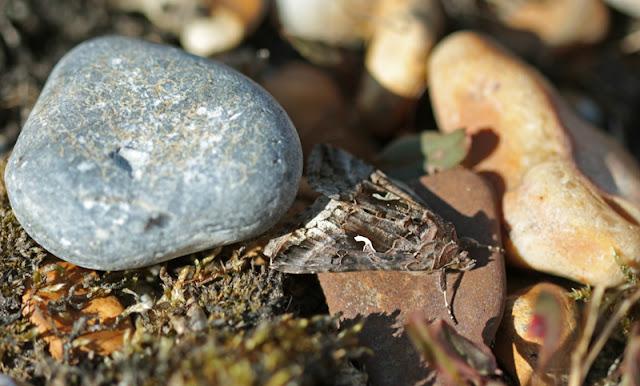 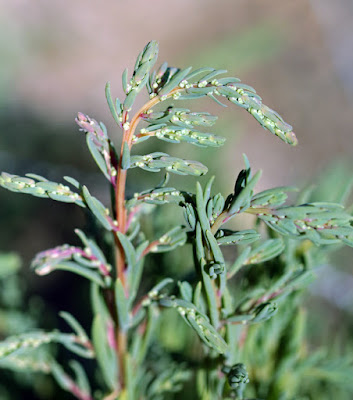 Here is another salt marsh plant in flower!
It's Annual Seablite. It doesn't have petals so isn't very showy. However, as it seeds, the whole plant tends to turn a deep red looking very attractive.


There is a perennial version of this plant, the Shrubby Seablite which is on the Kent RPR. I have seen it at Leysdown on the Isle of Sheppey but not in flower. 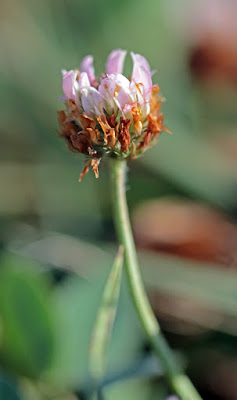 In the grasses, I always keep an eye out for rare clovers. I didn't find any today, but this was an Alsike Clover, though going to seed now. It looked initially like a White Clover, but there are several differences. I won't go into them here, but loook them up and you may notice a "different" White Clover and realise you've found one as well. Always photograph the leaves as well. 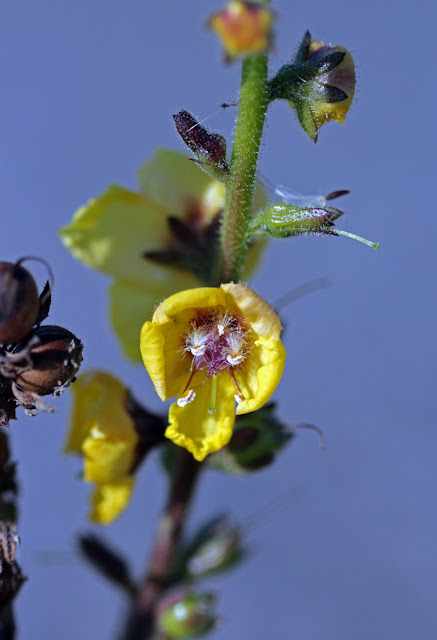 There are numerous Muleins at Rye nature reserve. In years past I would have thought this was a Great Mullein, but it isn't.

It is a Moth Mullein, quite prevalent here and at Dungeness nearby. There are several Mulleins as some are bred for gardens and then escape so it is always important to look at a plant in detail to later determine its correct identity.


These have escaped from gardens over time and are suited to the dry desert like conditions of a shingle habitat. 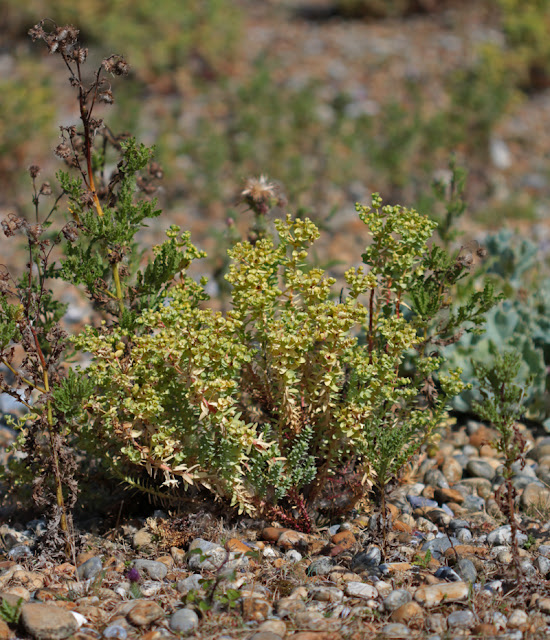 Parallel to the tidal river were stands of Sea Spurge, mostly now gone over. They are now on the Kent RPR thanks to habitat destruction by the EA as they move shingle around for flood defences all over the Kent and Sussex coastal areas. 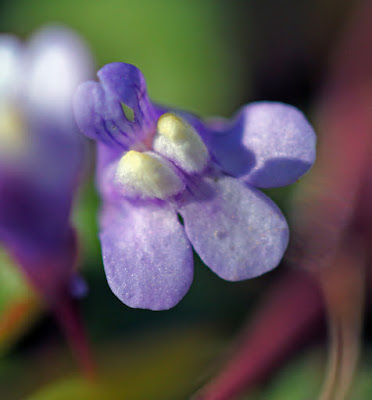 This was a surprise as it usually is only seen on walls, often in urban environments. It's Ivy-leaved Toadflax, an introduction that has been naturalised for centuries in the UK.

This was growing freely in loose shingle, not a wall in sight. However, I guess the desert like conditions is much like a free draining wall, with a tiny crack in the cement for its seed to take a hold. 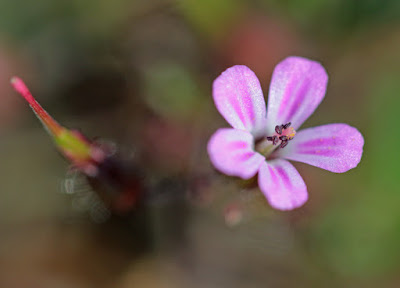 I then found another anomaly, Herb Robert. This usually grows in shaded areas, in woods, hedgerows and a weed in towns. Here it was growing quite happily, though small, in the shingle. 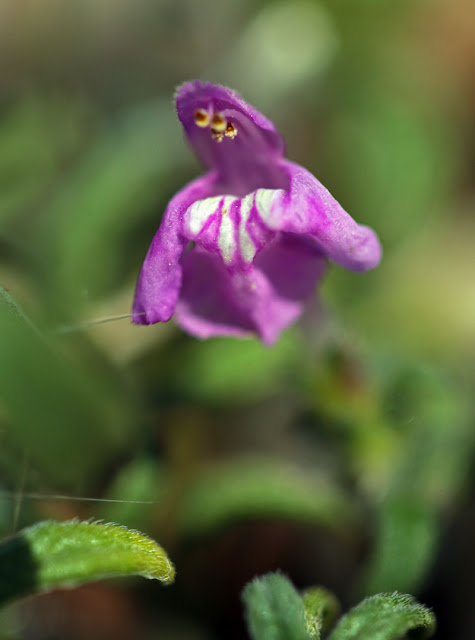 I've been saving the best til last. I was keeping a look out for this plant as I had previously seen it here in 2013 but not since.

It is a rare plant and on the Kent RPR and probably the Sussex one too.

It is Red Hemp Nettle, a distinctive plant with striking markings to its lower petals. I've only ever seen it on shingle, though it is supposed to be an arable weed as well, though I suspect it has been wiped out from most farms by now. 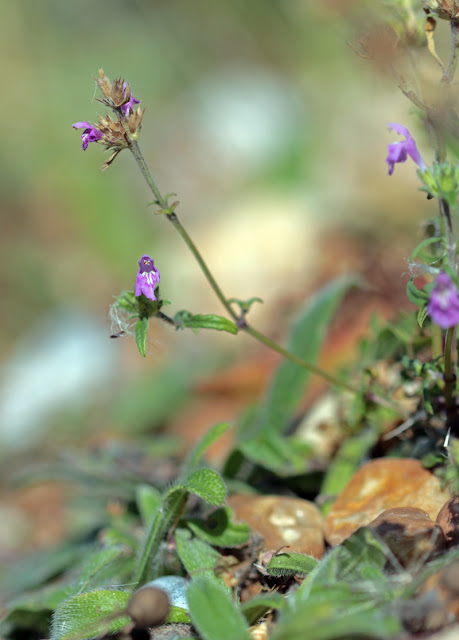 In 2013 the plants I saw flowering were no more than 6" tall, but in places this day I found some well over a foot tall.

Lovely to see and long may this nature reserve protect their habitat.


It is now up to us to petition our MPs to ensure they protect the environment BETTER than the previous EU directives we were bound to. Why not take a leap into the future with optimism and show the EU how they should be preserving their environments rather than them telling each State what to do via Directives.

That was it for this day, 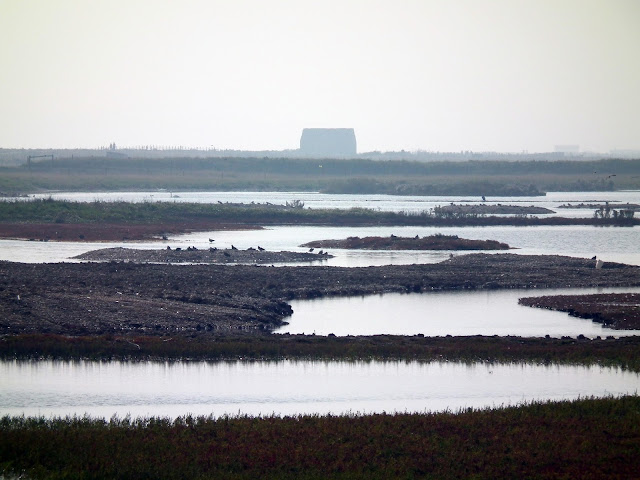