- June 06, 2017
I'm afraid I don't have the time to recount this trip in detail, but I thought I would share the photos with you and a brief account of each.  For the Dungeness area photos I would like to thank Owen Leyshon, the Romney Marsh Ranger (and fellow KBRG member) for his valuable assistance in finding some of the plants here.

Starting out at Folkestone Downs above the Channel Tunnel rail link, looking across Greatstone Bay towards Dungeness in the distance. 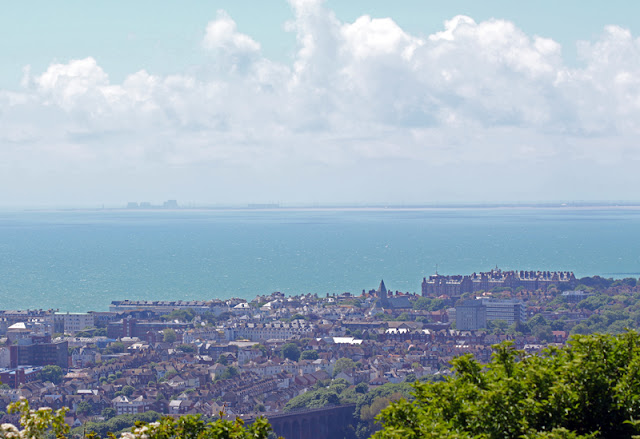 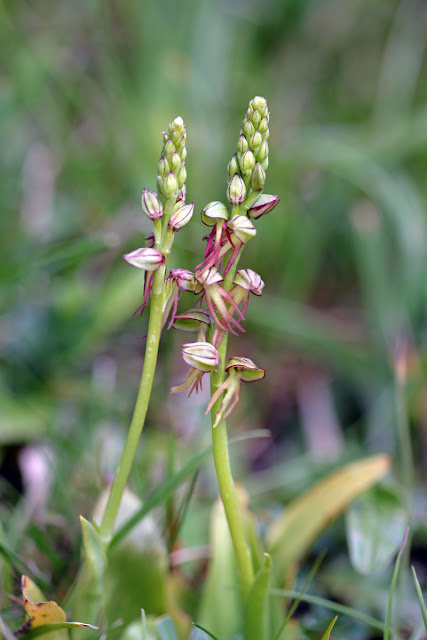 Folkestone isn't well known for Man Orchids, but there's a few dotted around.


There were plenty of Small Copper butterflies on the wing. 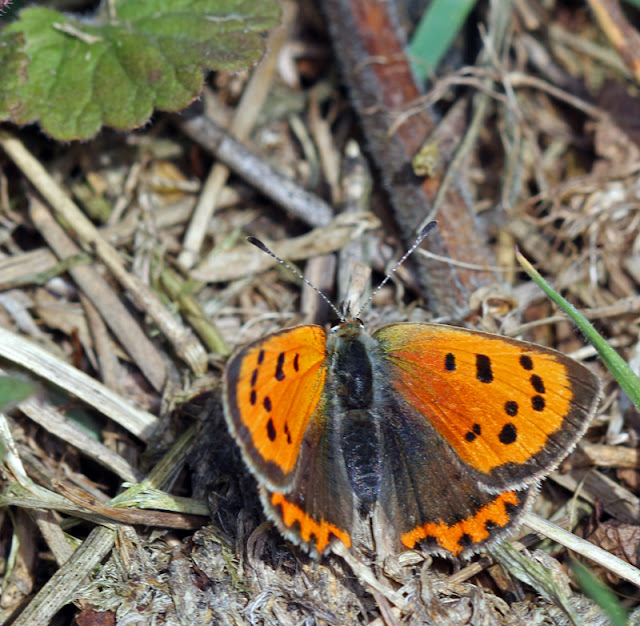 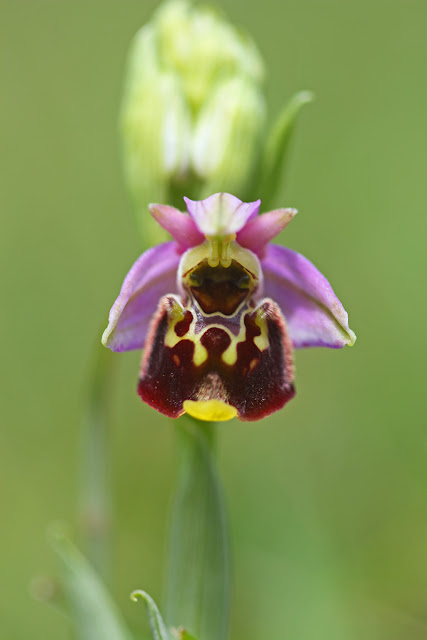 But the star of the show here is always the Late Spider Orchids, confined to just a few sites now in Kent, though common on the continent. 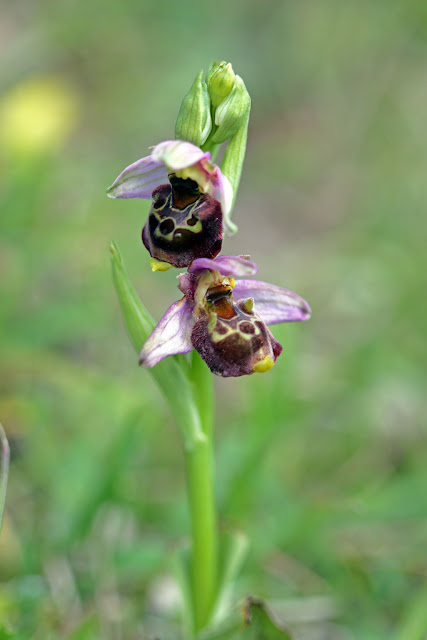 There were only two plants flowering at this site, hopefully more will be flowering by the time I write this.

They are rather like a large Bee Orchid with big furry shoulders and bright markings, always stunning! 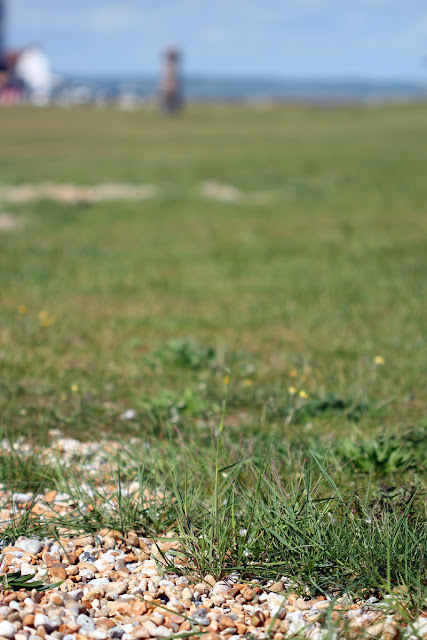 From Folkestone we stopped next at Littlestone, a seemingly insignificant small town on the coast on the edge of Dungeness NNR.

This coastal green area is regularly mowed by the council though it would be great if they could be persuaded to adopt a more wildflower sympathetic regime.


This shingle area within the grass held a special plant which Owen helped me to find.

This is it, Yellow vetch - yes I know it isn't yellow but I didn't name them! 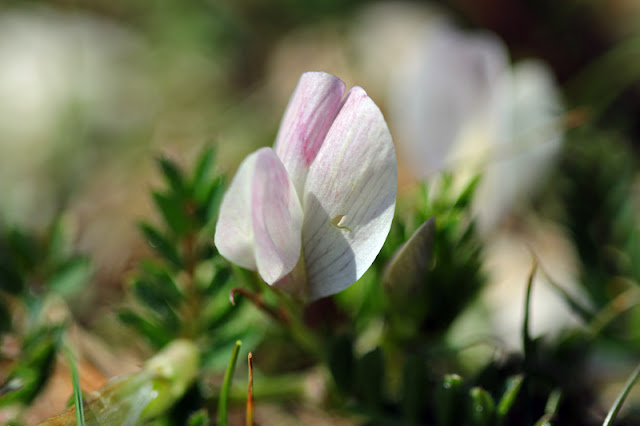 They have quite large showy flowers but are scrambling in habit close to the ground, unlike many of their Pea Family relatives.  They were surprising difficult to photograph in strong sun and a coastal breeze. 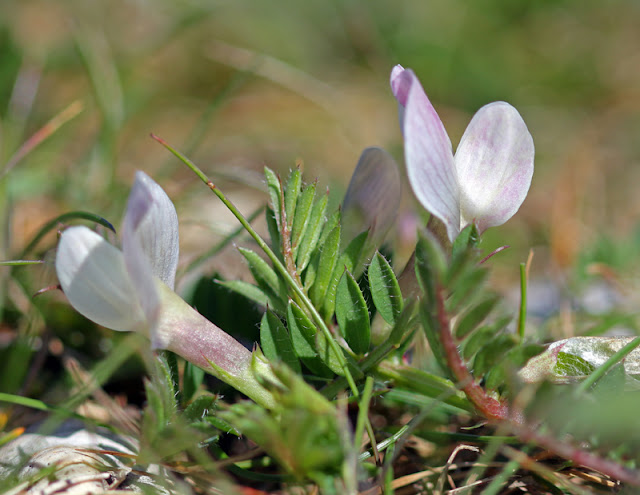 Nearby were two rare clovers, the first being this Bur Medick, quite insignificant to look at! It's a small flowered hairy clover usually found in coastal areas. 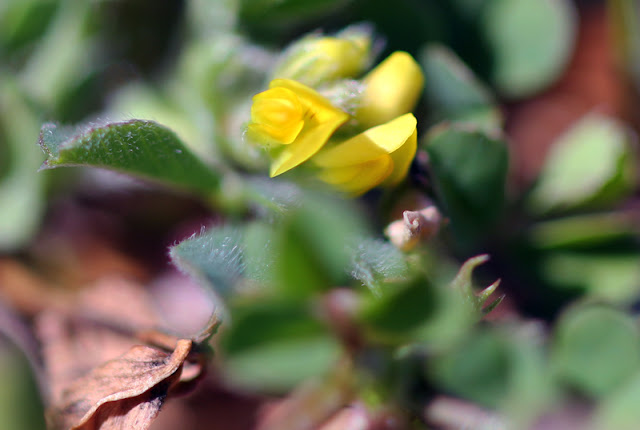 Close to those was the second rare clover in Kent, Toothed Medick 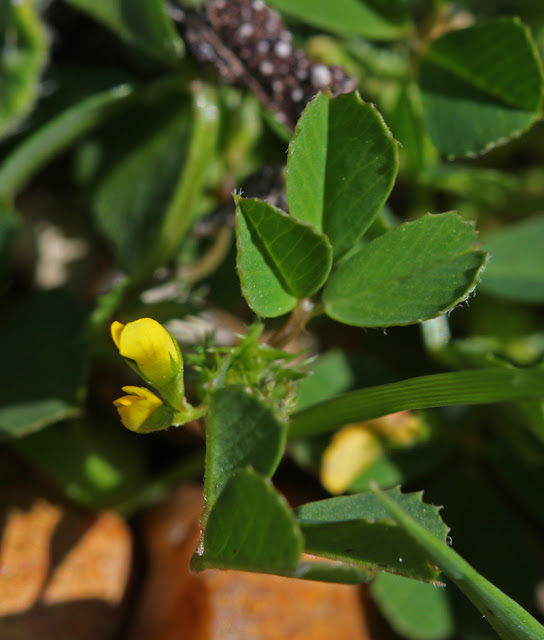 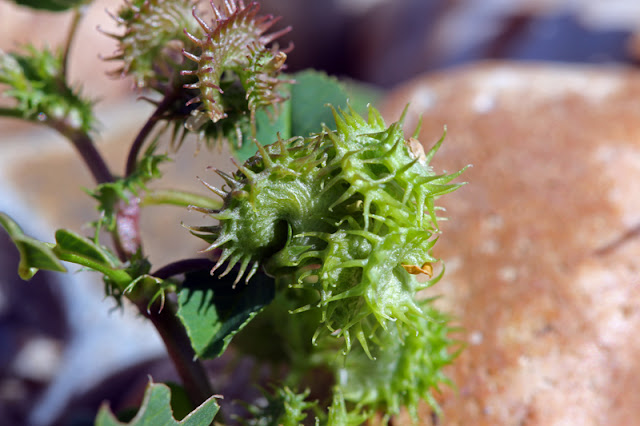 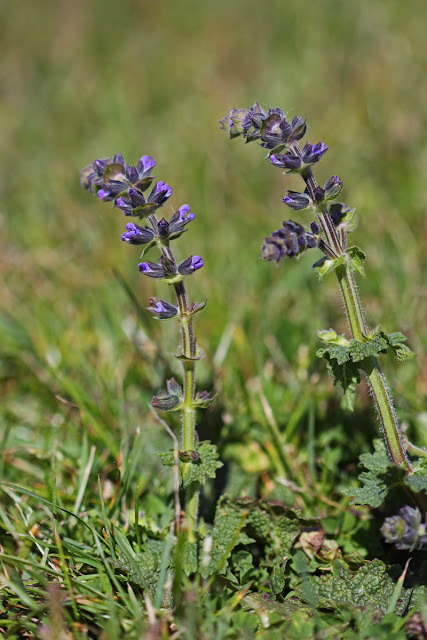 The last plant I photographed here was Wild Clary (Kent RPR species) which is quite common in this area, but rare inland. 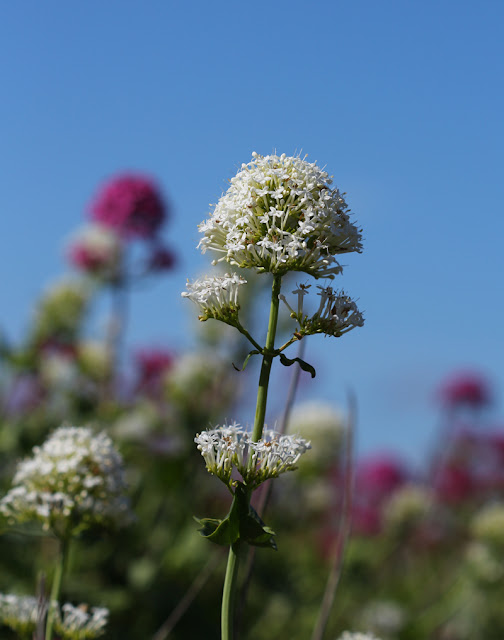 We then headed to Dungeness which is always worth a visit, not just for plants.

Porpoises, Seals, rare birds, moths, butterflies and insects as well can be found all around the area.


You can find all three coloured forms of Red Valerian here (red, pink and white), a garden escape naturalised and quite happy in the shingle habitat.
It's a bit of a pest here, but still brings colour to the shingle in May. 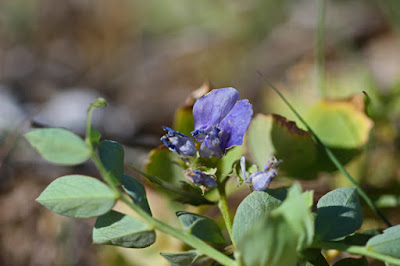 We had to call on Owen again for help in finding the rare  Sea Pea. Unfortunately it had gone over and looked quite drought stricken.

I did find some stunning flowering ones at Rye several days later but that's in a later blog not yet written!


In the grasses on the shingle were several of these large caterpillars. I've forgotten what Owen said they were, but I think they were an Eggar moth. 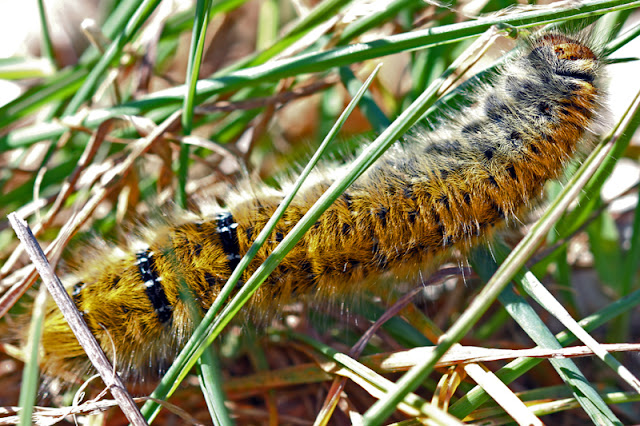 We then went to the Bird Observatory where the most fantastic moth had been trapped the previous night, again, many thanks Owen! 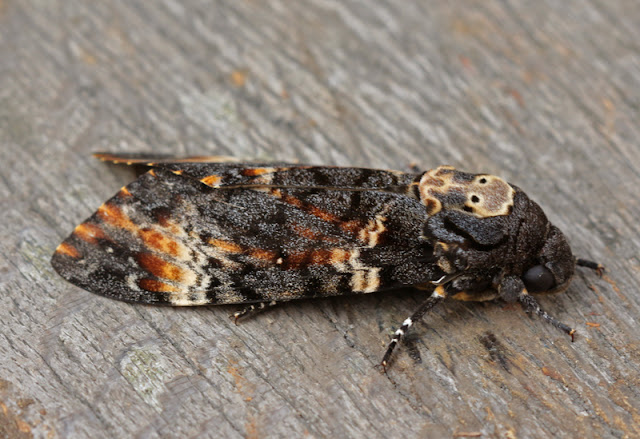 It's a Death's Head Hawkmoth and was absolutely huge for a moth.  Apparently a man there also taking photos had travelled form Basingstoke to photograph it, now there's dedication! On the photo below you can see how it gets it name with a skull like design on its thorax. In hindsight I wish I'd put down a coin so you could see scale and how it actually was. 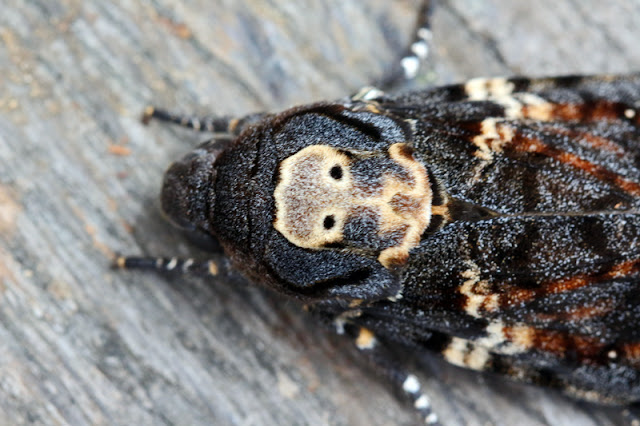 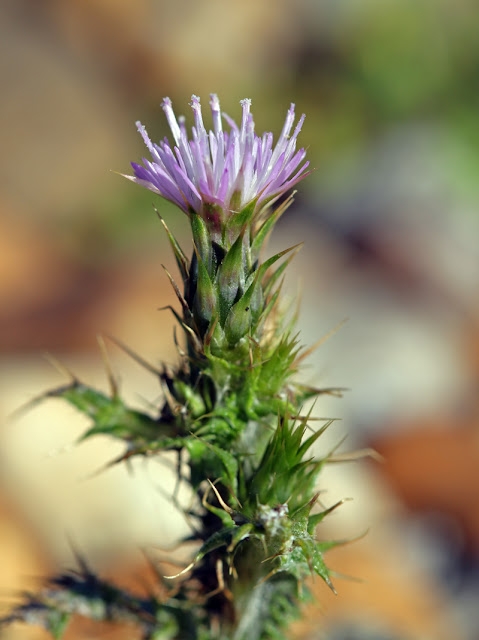 The final plant is very common, but was the first I had seen this year in flower, the Slender or Seaside Thistle. I prefer Slender Thistle as I often see it on chalk well inland, though it does grow in abundance in the Dungeness and other seaside areas as well.

I would have liked to have visited my Mum nearby but we had the little one with us and she demanded we go to Camber Sands to build sandcastles, which we did.

So ended a lovely day out. I remember thinking I wish it would rain, as many plants were struggling or flowering poorly as a result of drought. Of course, it's been pouring down for 2 days recently with gale force winds and an Autumnal feel. Be careful what you wish for!