- June 02, 2017
I'm very much behind on my blogs and I apologise for posting these later than I had intended. It would be easiest to just not bother, but some of the wildflowers are just too beautiful to end up in the recycle bin after a single post on Twitter, so here is my next instalment on botany in the South East.

It was with trepidation that we headed off to Mount Caburn in East Sussex. Not because of the very long steep climb to see some orchids, but because I had learned that cattle had been grazing the site for over a week. I was rather worried that there wouldn't be any wildflowers left to see.

The views are spectacular with wide open grassland vistas, however, much of it is has constant livestock grazing so is of limited value for wildlife. It's also very different to the North Downs which is much more wooded with steeper scarp slopes and often miles long dip slopes.

As we reached the top of the long climb I could see our target area of Caburn Bottom below us. You can walk all the way to Lewes from here. 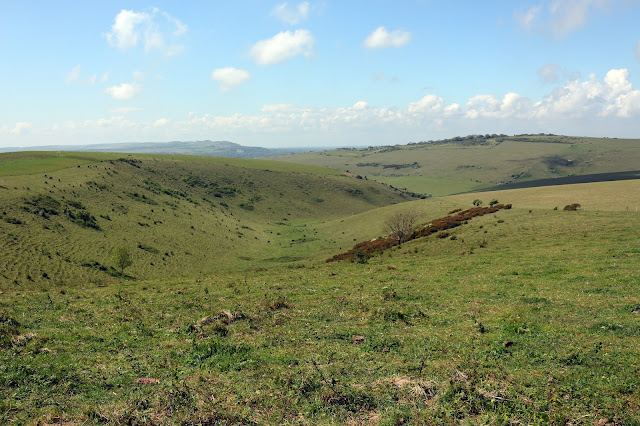 After about a half hour climb it's a bit disheartening to do downhill again - knowing that you'll have to walk back uphill on the way back, but off I went to see if I could find some Burnt Orchids. These are on the verge of extinction in Kent and they may be in trouble in Sussex as well due to poor management and drought in Spring. 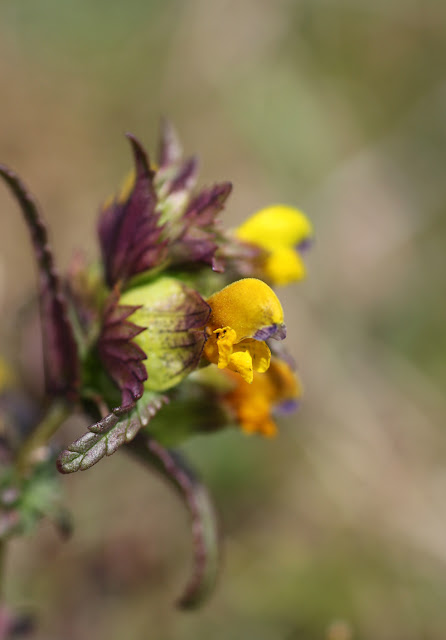 When I reached the target area, my fears seemed to be confirmed. The grasses were very short and only the smaller wildflowers were still evident, such as Common Milkwort and a dwarf form of Yellow Rattle.

No doubt all the usual sized flowers had been eaten. There was a large herd of cattle on the slopes which should not have been there at this time of the year.

I searched the area in vain for Burnt Orchids where last year I had seen several. I eventually found just a single flowering orchid on the slopes. I've included this photo to show the cattle grazing nearby and the lack of flowering plants on a late Spring chalkbank which should be alive with flowers now. 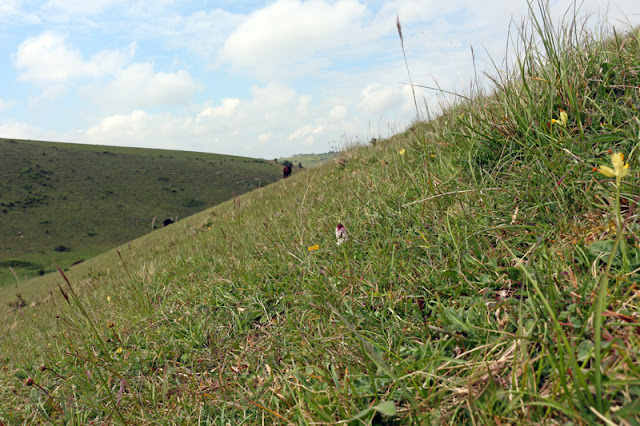 The Burnt Orchid is much like a miniature Lady Orchid with its deep (Burnt) red tip and red and white flowers, though the shape of the flowers is simpler in the Burnt.

I took plenty of photos as there were no other Burnt Orchids to add some variety!
The next photo is from pretty much the same place as the last one but with a 100mm macro lens set at f2.8 aperature to blur the background. The breezy conditions blurred the background even further. The former photo was on a wide angle lens at f8. 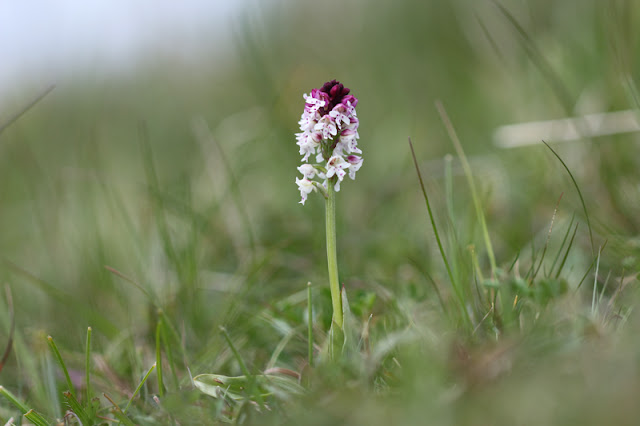 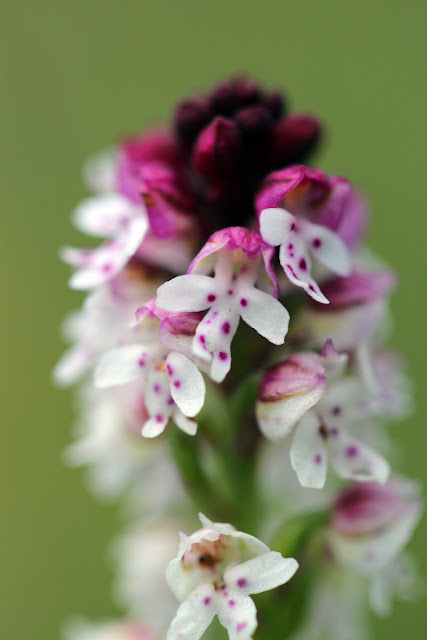 
It's not often I post three photos of the same plant on my blog but this one deserved it by surviving the cattle, though I doubt it would survive long enough to set seed.

Natural England who control the site later stated a neighbouring farmer's cattle had got into the field. Why they took weeks to get them out though is beyond me.

On the brighter side, the area was long overdue some proper grazing and without it the orchids woud die out in any case.


From here we headed off to Tidemills near Newhaven. I'd often passed this nature reserve but had never stopped for a look around. I didn't have long but I found lots of interest here and will return later in the year if I can. 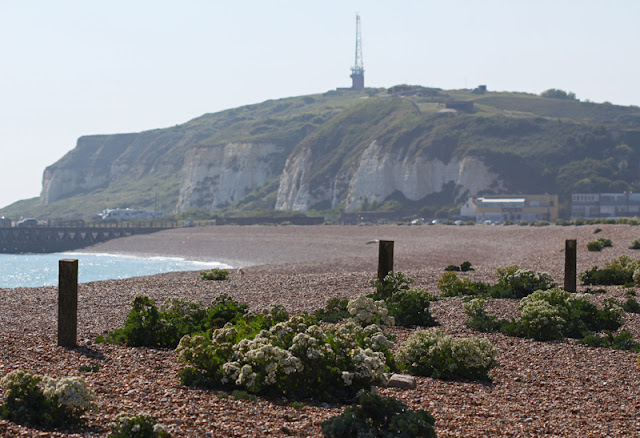 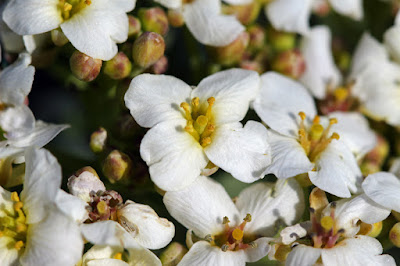 As can be seen above, you can't miss Sea Kale on shingle! A member of the Cabbage family, it has big clumps of four petalled white flowers with a yellow or purple centre, most attractive.


Thrift was pleasantly flowering in many places as well, it's bright pink pom pom heads of flowers tossing back and forth in the sea breeze. 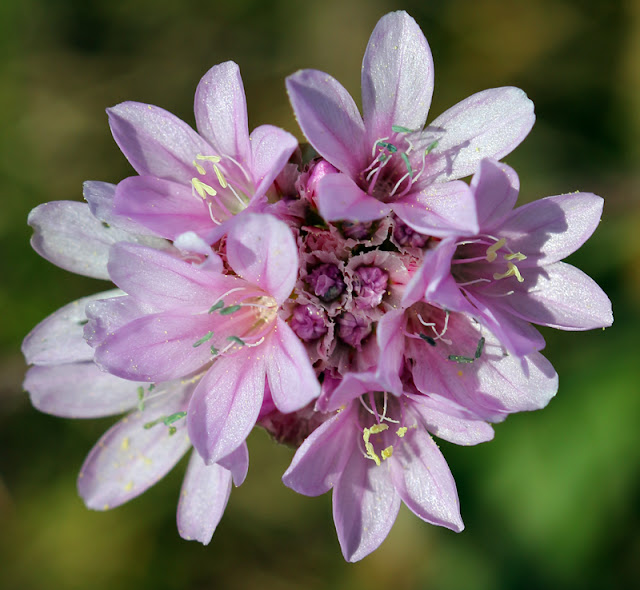 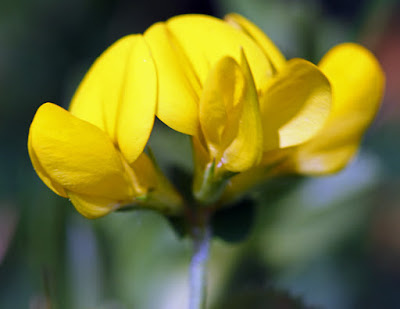 I usually see Common Birdsfoot Trefoil on chalk grassland, but it does just fine on compacted shingle and coastal turf as well. 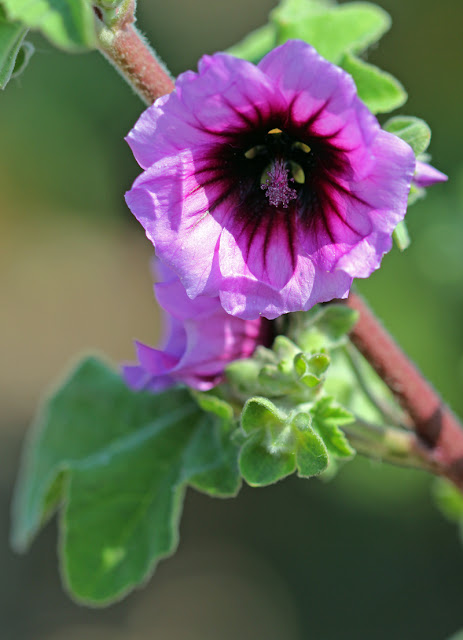 I found a Tree Mallow in flower, it's huge flowers (compared to Common Mallow) with their deep purple centres are very distinctive.

They are quite common all along the Kent and East Sussex coastal areas and can grow to 2m tall with thick woody stems. 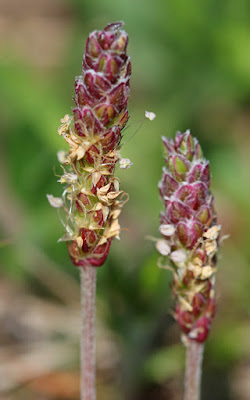 This is the flower head of the tiny Buckshorn Plantain, very common on the coasts but also inland. I think people often fail to notice it inland due to the myriad of other plants crowding it. It's common in pavement cracks and sparse lawns as well. 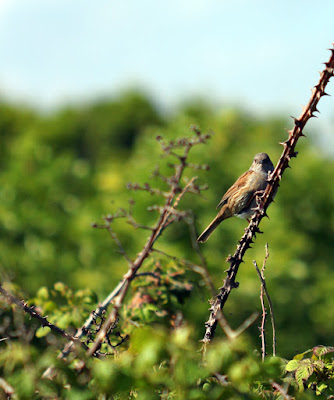 On my way back to the car I saw this chirpy little Dunnock. I see them every day in my back garden and those are now fairly tame - due to the food they get!


As I said above, I only had a short time here. We then drove round the coast towards the Seven Sisters, always a glorious iconic sight. It's a pleasant walk down to Cuckmere Haven frorm the Western side and a bit of a slog coming back up! 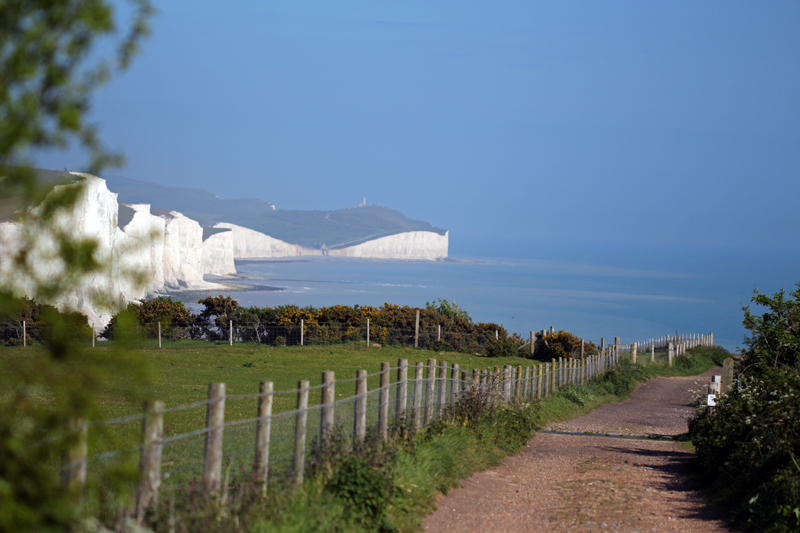 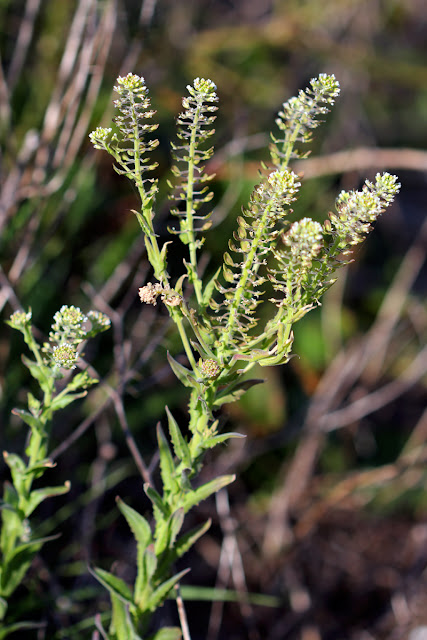 There were plenty of wildflowers to see but I didn't photograph them and just took in the views and fresh sea air.

However, once at beach level I found numerous plants of Field Pepperwort, which is a rare plant in Kent, so I guess it might be in Sussex. 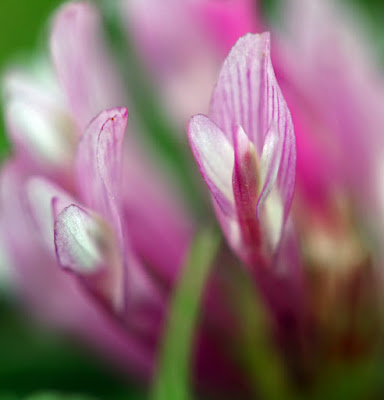 This was the final flower I photographed, a Red Clover. The individual florets are very tiny and it is very difficult to photograph just one.

I guess it would be simpler to pick one and photograph it at home in a home made studio, but I'd rather leave them be!

And so ended a glorious day in East Sussex on the beautiful South downs. I do like certain areas and visit a few times a year if I can.  Until next time....