- June 19, 2017
It seems I have little hope of catching up with my blogs to give the species found the credit they deserve, so in order to catch up, I'm combining a few trips into one blog.

First up was a recording trip to an urban industrial area with few records. Much of it was pretty parkland with not even a daisy in the grass verges. However, a lake provided some relief as a refuge for species other than grass. 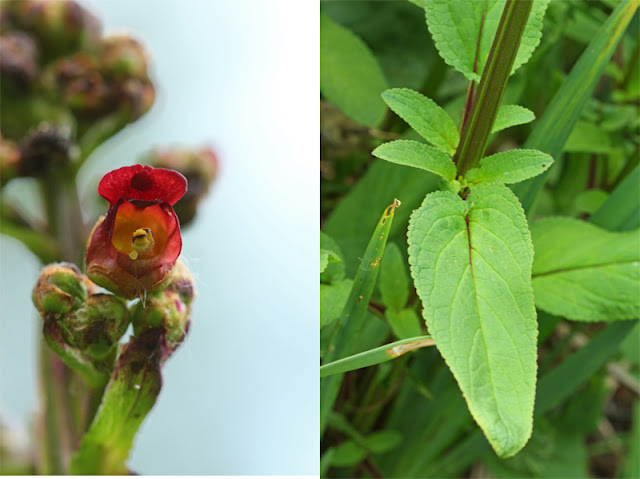 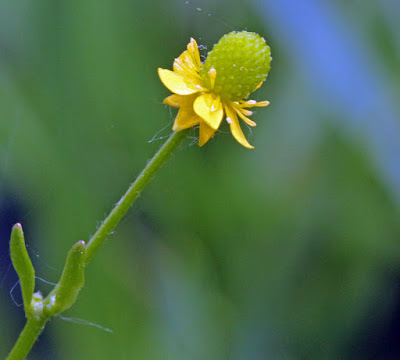 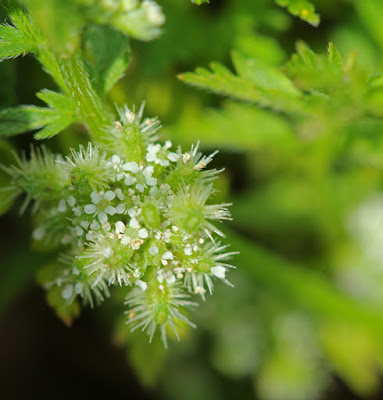 Not all the grasses were sprayed. I found plenty of Torilis nodosa, Knotted Hedge Parsley by a road. 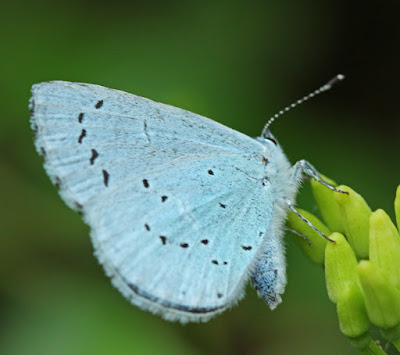 A Holly Blue on a hedgerow at Crossways, Dartford. 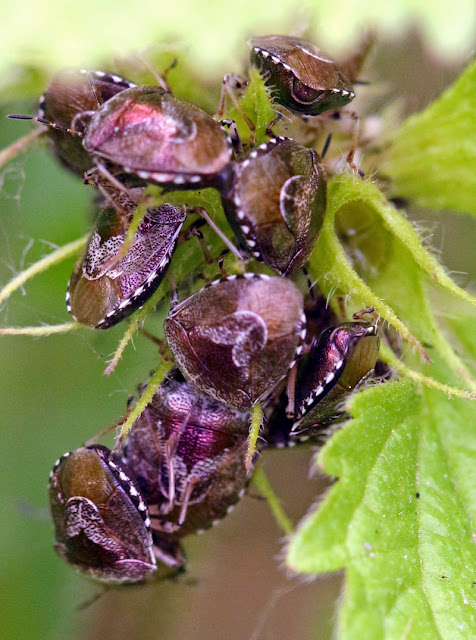 Stachys sylvatica, Hedge Woundwort has its own Shiedbug as shown here all on one plant.

The find of the trip was a Rambur's Pied Shiedbug, a very rare sighting apparently. The photo was taken through a fence on a road verge, showing these to be valuable habitats. 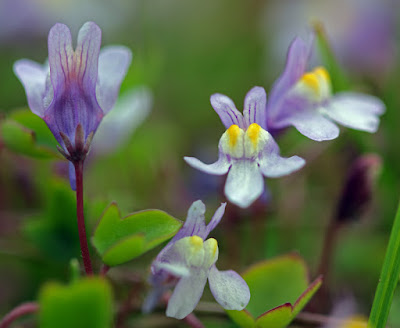 The next set of photos is a trip to Rye Nature Reserve on the coast in East Sussex.

These are Cymbalaria muralis, or Ivy-Leaved Toadflax. They are common on walls inland, but here they were forming mats on the shingle. 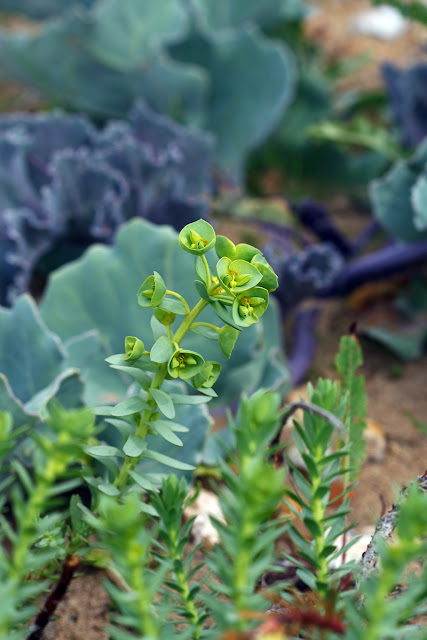 Euphorbia paralias, Sea Spurge was now in flower along the Rother estuary, while the Sea Kale behind it is going to seed. 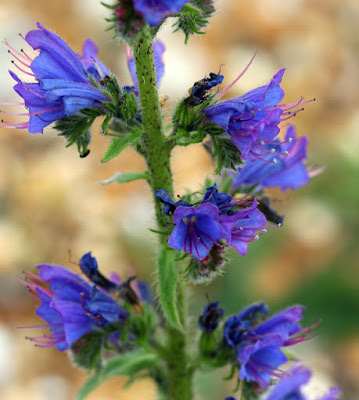 Echium vulgare, Viper's Bugloss is out, a magnificent food plant for pollinators, found inland as well. 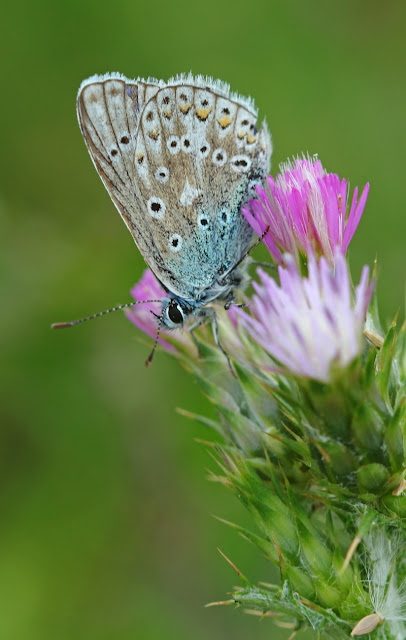 A Common Blue on a Carduus tenuiflorus, Slender Thistle.


Glaucium flavium, Yellow-Horned Poppy were out in numbers on the shingle with their large bright yellow flowers. 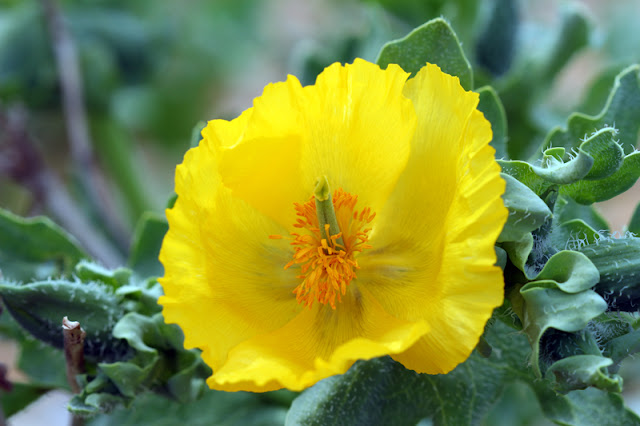 This fly spent some time on a coccoon full of Brown Spot caterpillars. 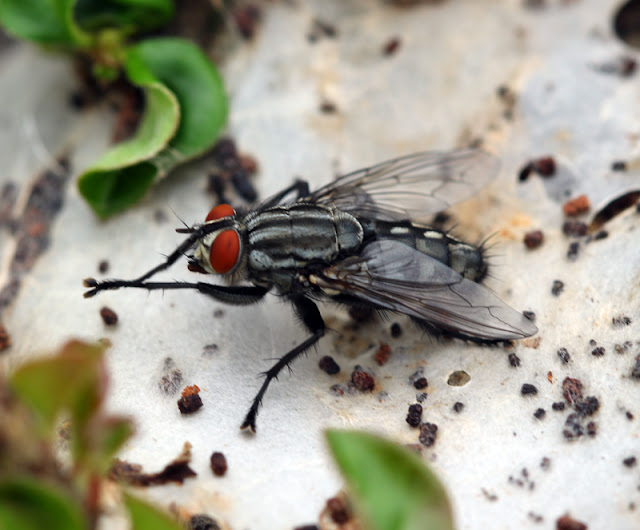 Along the high tide line West of the estuary at Rye were hundreds of flowering Sea Peas, a rare plant in the South East. 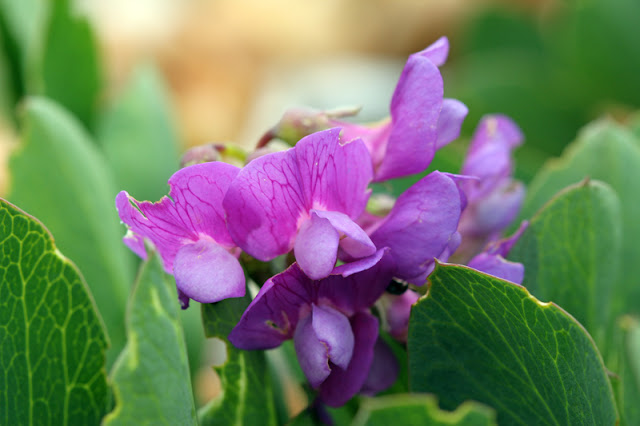 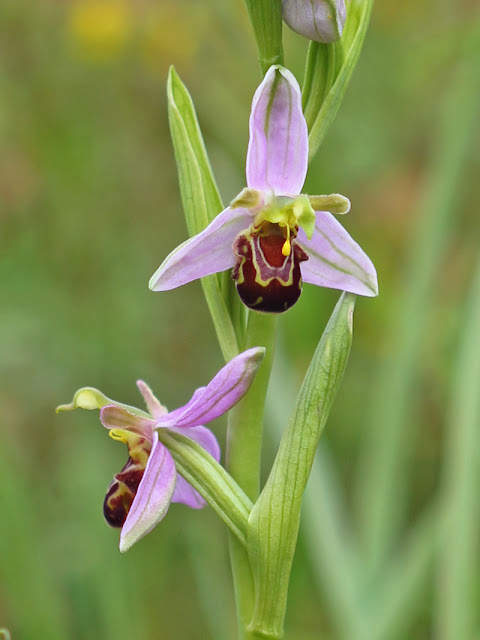 Ophrys apifera, the Bee Orchid graced me with its presence back near the car park. 
In the newly created salt marsh were thousands of Spergularia marina, Lesser Sea Spurrey. These can now be found on salted roads inland. 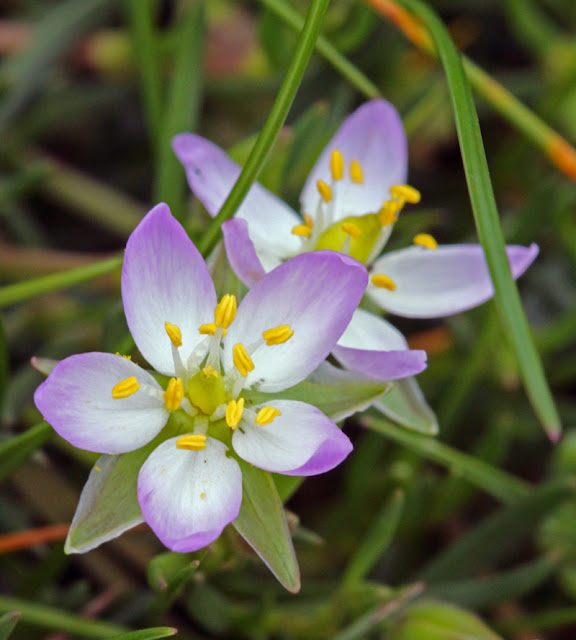 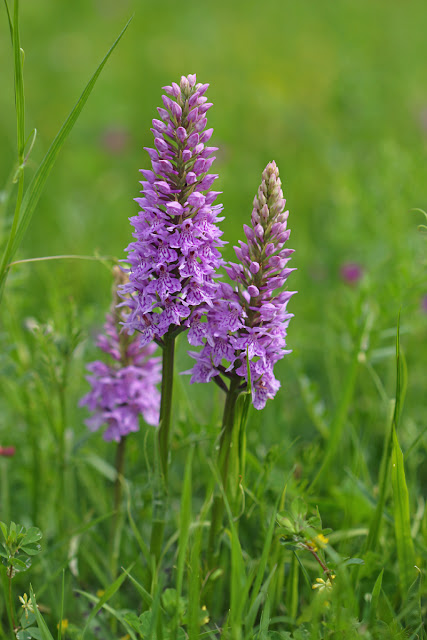 A fine stand of Dactylorhiza fuschii, Common Spotted Orchid, near the car park at Rye Harbour. 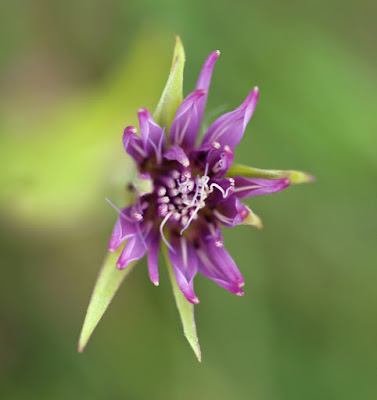 This is Tragopogon porrifolius, Salsify, a garden escape version of Goatsbeard. These close up at noon and open again the next day. 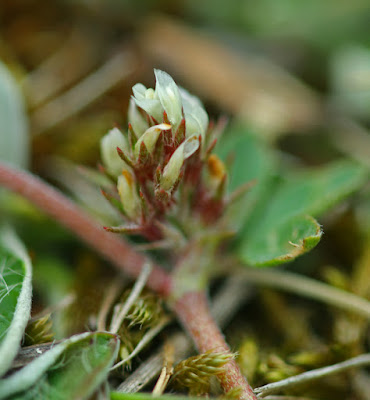 
The amazing colour transformation of Lotus corniculatus, Lesser Birdsfoot Trefoil from orange to yellow as the flowers mature. 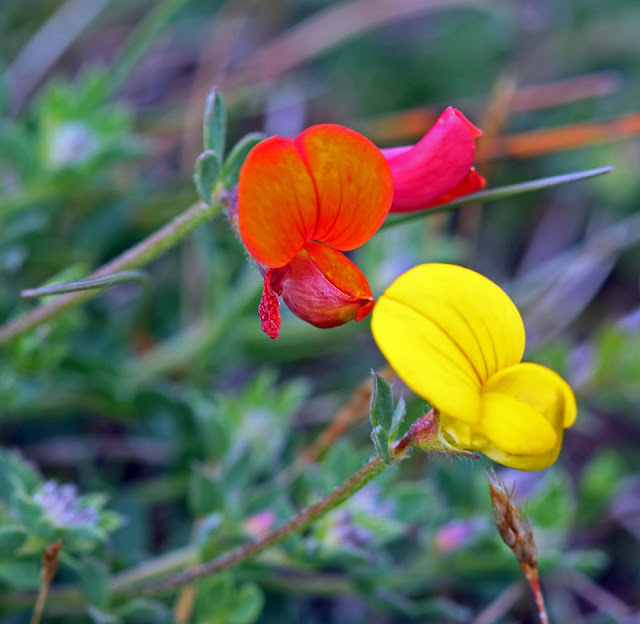 Finally, an aberrant marked female Common Blue that had me scratching my head for a while as to its identity
. 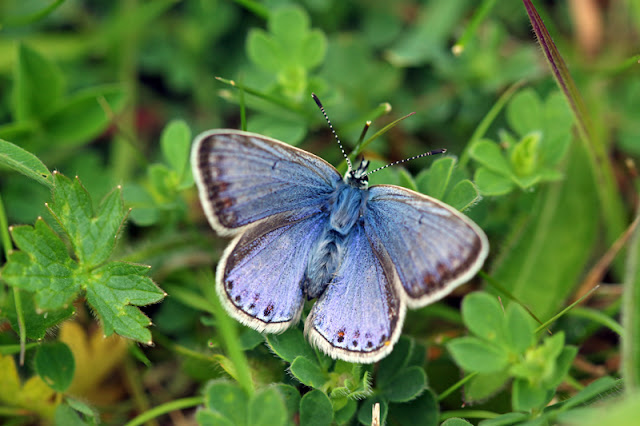 Another quicky blog coming soon. I hope you like the photos and it inspires you to go and see these plants, many of which are quite common.