This is a short blog highlighting a few interesting species I found when out recording in this area. Much of the area comprised of heavily sprayed fields, however, I found a few gems around the edges, and in particular in the railway car park at Sole Street.

First up was a pair of Euphorbias.

The hedgerow verge to this byway produced numerous botanical records. It's a long way from habitation but a large naturalised garden plant was here. 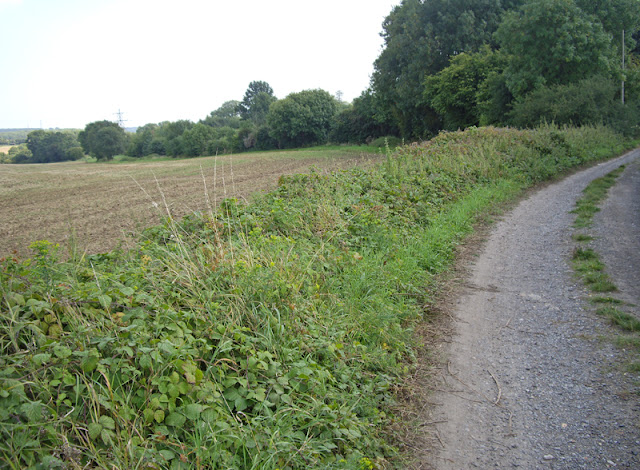 This is Leafy Spurge, a common garden escape, though usually found near habitation.  I suspect this may have been fly tipped in the past. 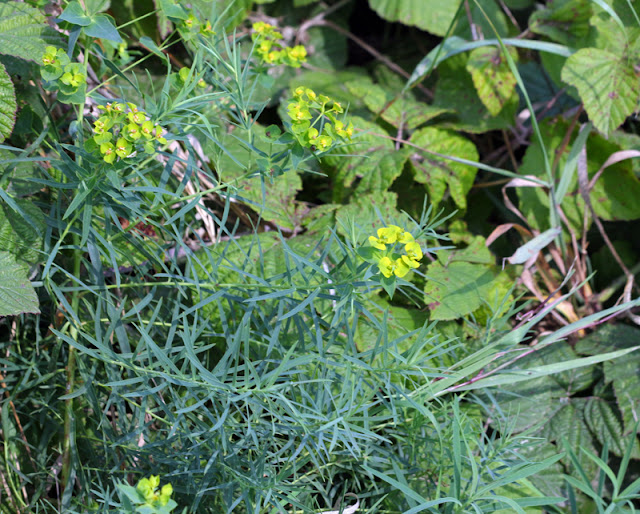 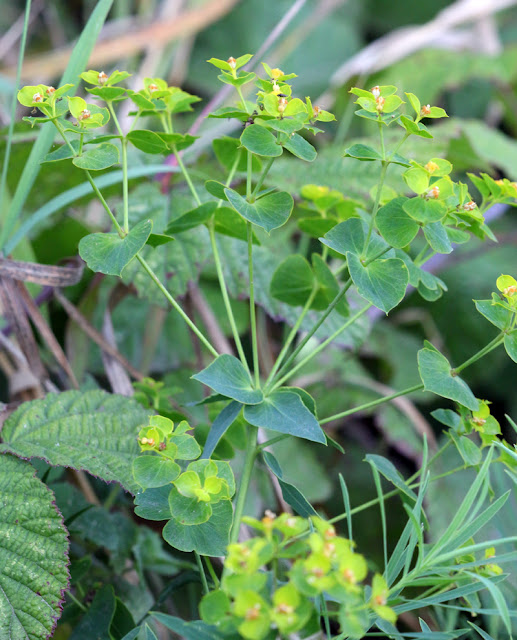 The second Euphorbia was a rare native. As the path crossed a heavily sprayed field, I was amazed to find a single bushy specimen of Dwarf Spruge on the path. Somehow it had survived the spraying. With intensive spraying on most arable fields on the chalk in Kent, this has now become scarce and is a Kent RPR species. 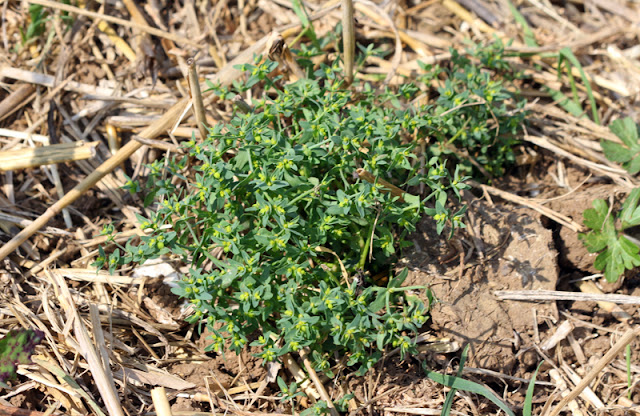 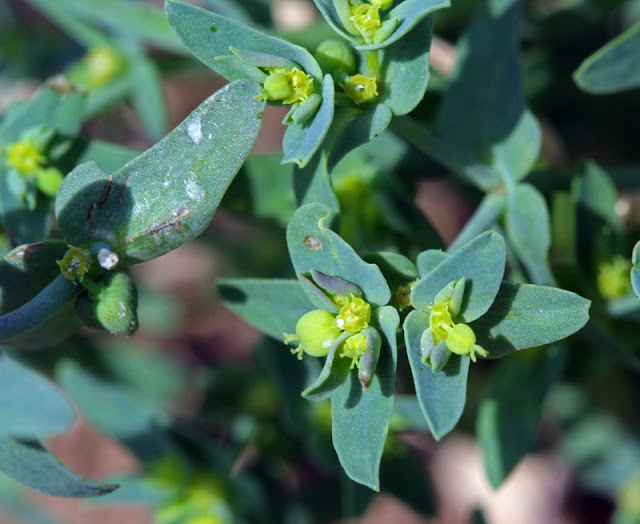 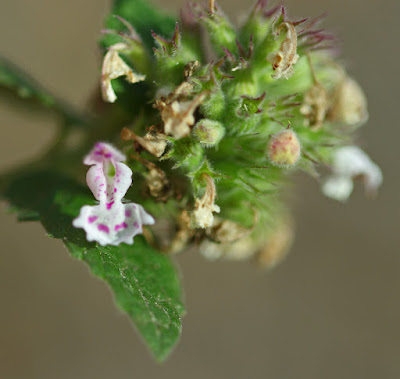 Sole Street railway station car park had an amazing amount of wildflowers around it. One of the highlights was this Catmint plant, a species I'd not seen before in the wild. 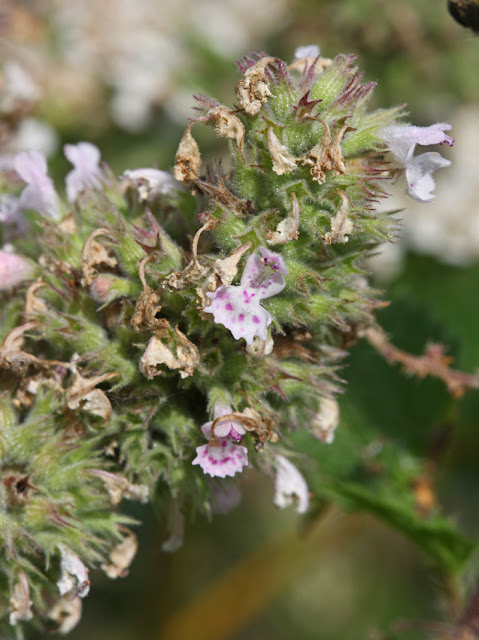 While past its best, there were still a few of their very distinctive flowers fully open.

Just off the car park was an arable field with a beautiful surprise find of a Scarlet Pimpernel variant with rose pink petals. I've only ever seen this once before, at Ranscombe Farm. 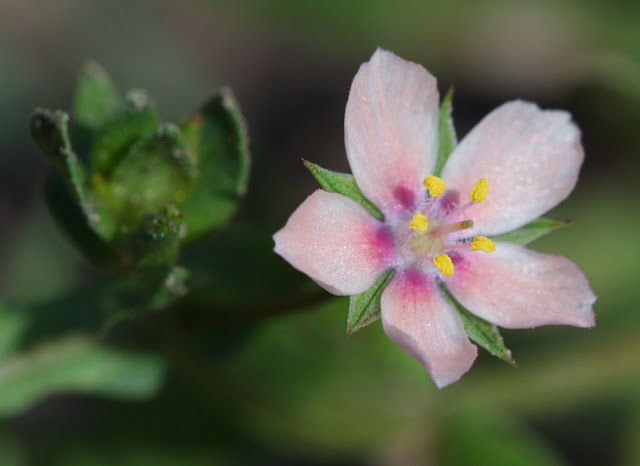 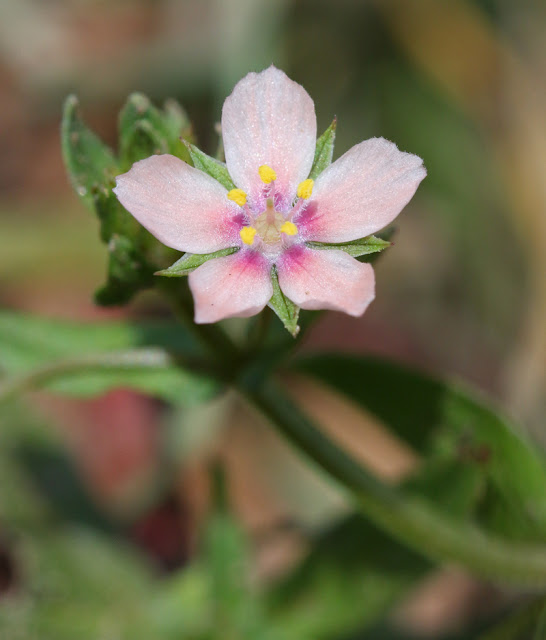 The last plant of note was Common Calamint, found on a rural road verge as I made my way back towards Camer Park car park. 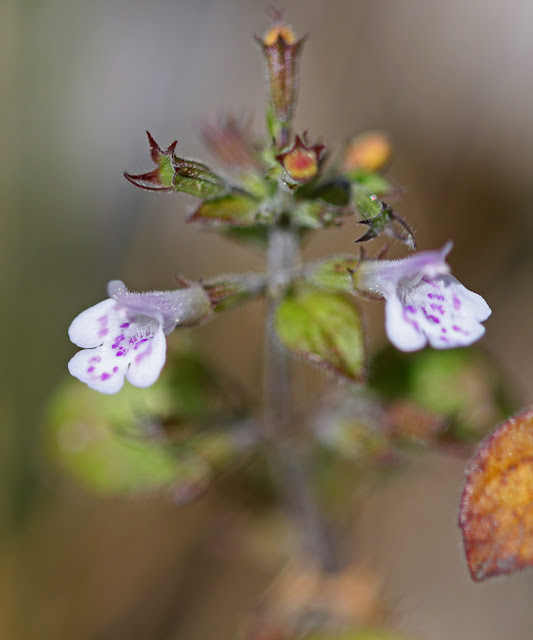 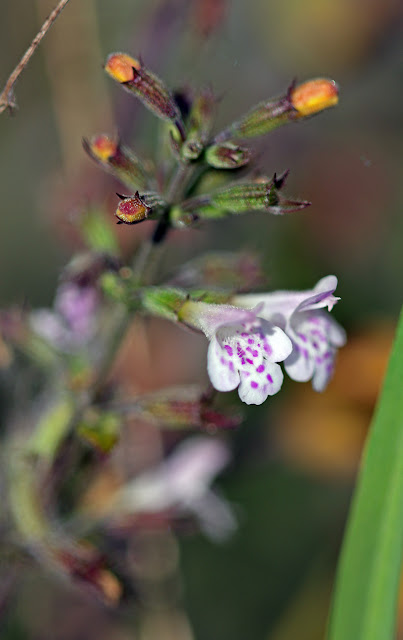 So ended an enjoyable few hours recording wild plants in the Sole Street area. I amassed 180 new botanical records for 3 x 1km square monads in this area.
Hope you liked the photos.