- October 29, 2017
I often have a quick visit to Dungeness after visiting my Mother nearby, or if in the area. There is always something interesting to see and this day was no exception.

Although it was late in the season, I hoped to find some Common Dodder (which isn't common at all anymore).  Its favourite hosts here are Wood Sage and Broom but all I found were plants gone to seed and pretty much dead looking. 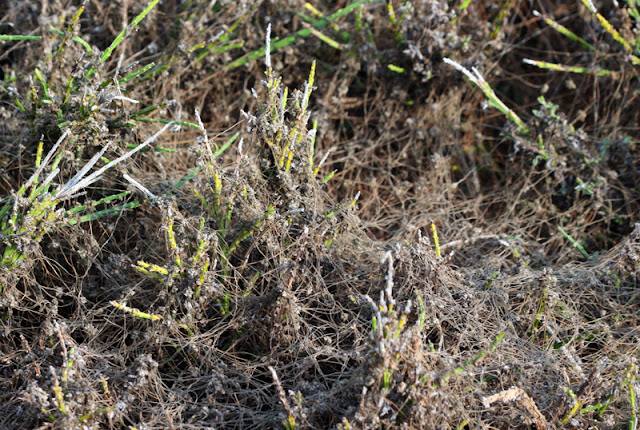 However, I perservered, and behind the power station I finally found some still flowering, parasitising Broom. 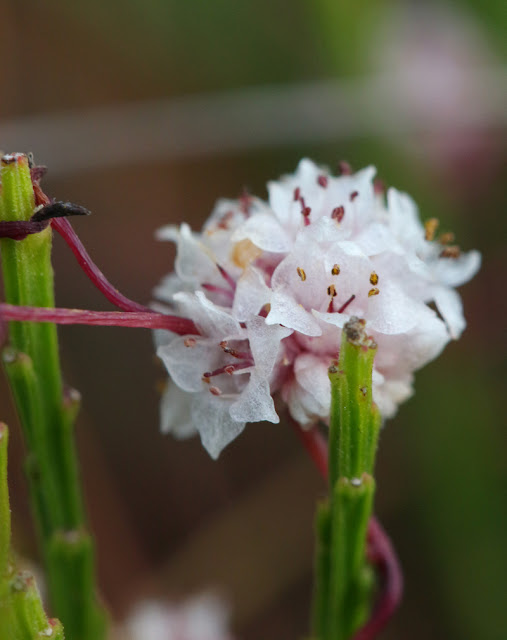 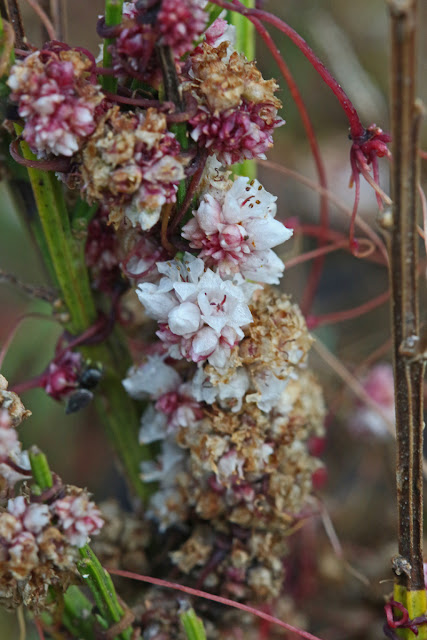 Nearby I found a tiny weird insect I'd not seen before. Apparently it was a Damsel Bug, unrelated to Damselflies! The photo isn't brilliant, but it was wafer thin and very small, so difficult to focus on. 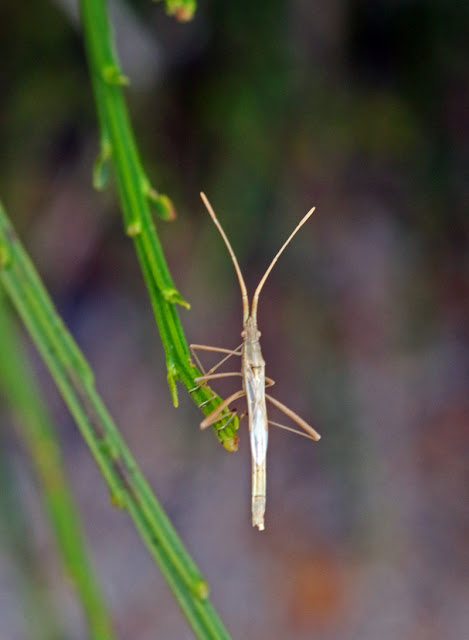 Of course, there were other plants in flower and I photographed a few.  This is Agrimony, often found on chalk grasslands. 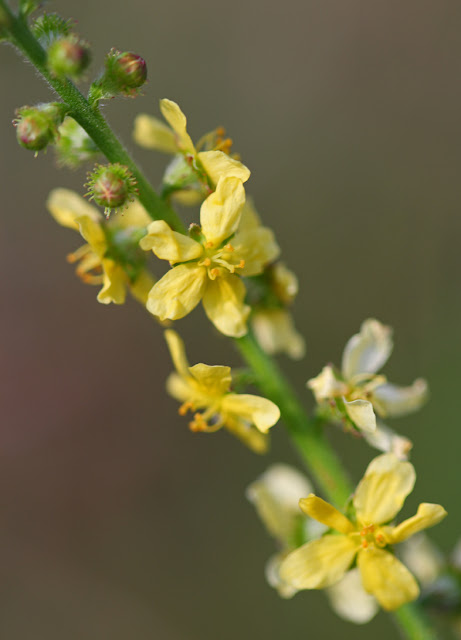 Another stalwart of Dungeness is Viper's Bugloss, a colourful hairy plant with delicate pastel blue and purple flowers that would grace any garden. 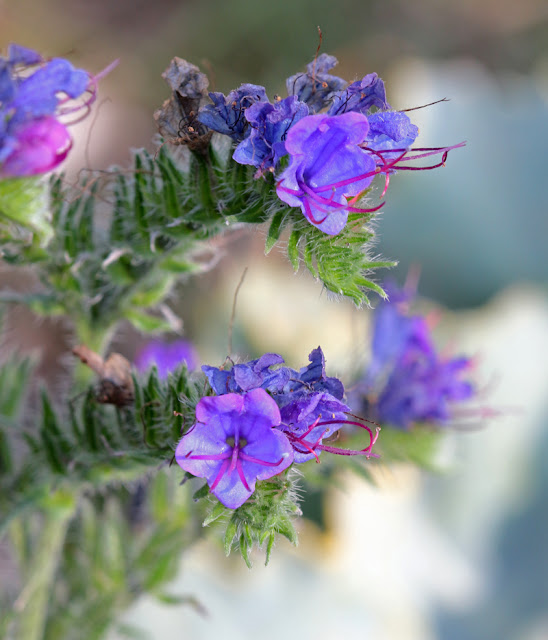 A late Meadow Brown put in an appearance, as did several other butterflies. 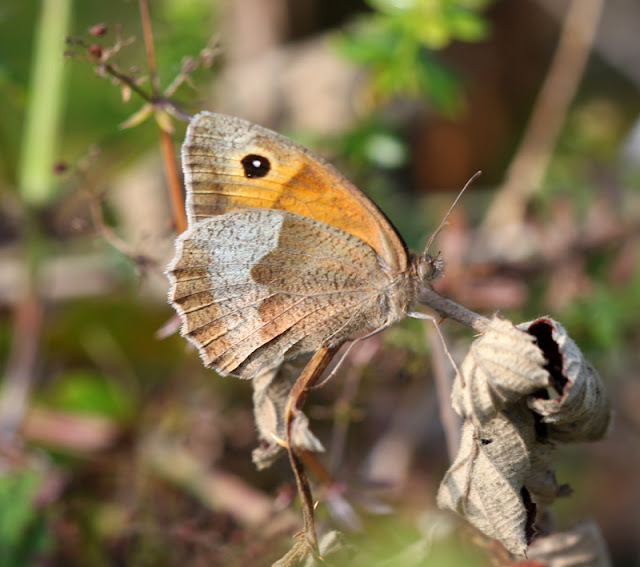 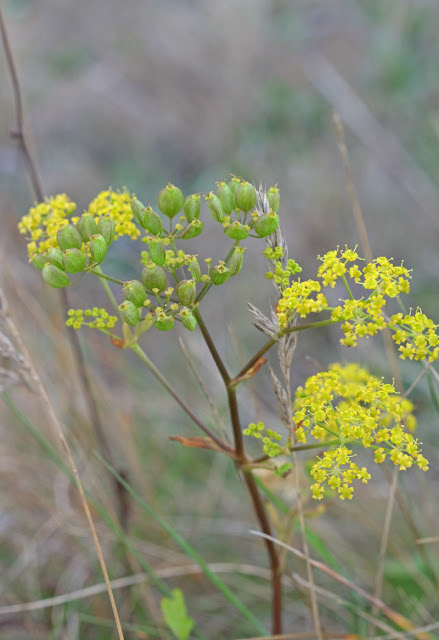 The bright yellow flowers of Wild Parsnip, now going to seed. The photo shows both the flowers and seeds. 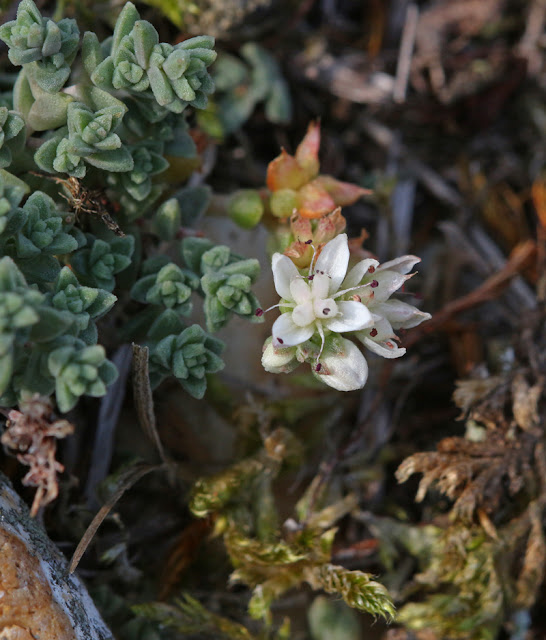 Sea Campion was another common flower here, now in its second flowering of the year. They initially look similar to Bladder Campion, however, the easiest way for the novice to tell them apart is that Sea Campion always has only one flower per stem (hence the name "uniflora"). 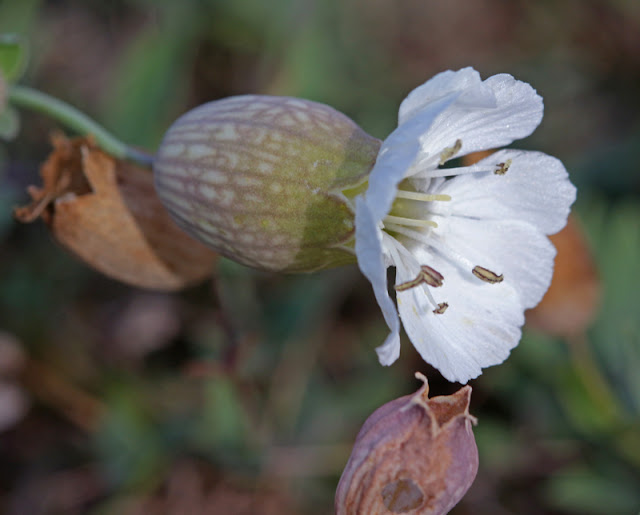 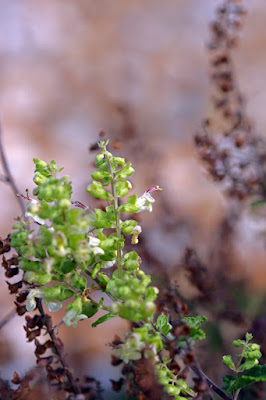 Wood Sage is present in numbers probably exceeding a million plants on the peninsular. Ironic that it grows in far more profusion here on shingle than it ever does in a wood. 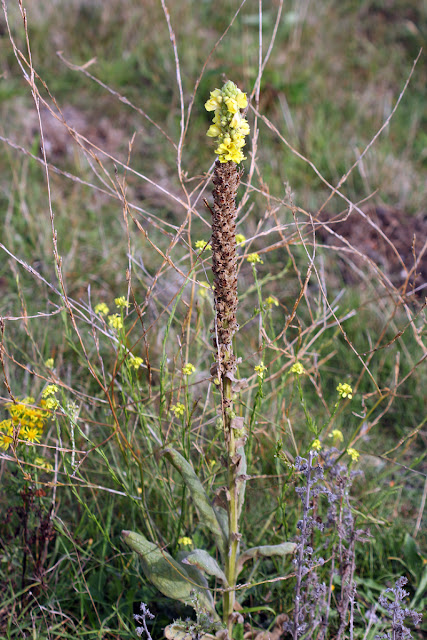 Mulleins are quite common here and at nearby Rye Nature Reserve. There are several species, many of which have escaped from cultivation. As such, it's wise to check plants properly to confirm their identity.

This is Great Mullein, a native, towering plant that can exceed 2m in height, though on the shingle it's often less than a metre tall. 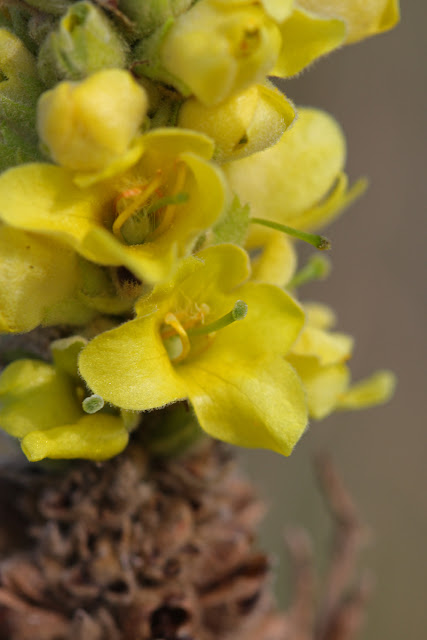 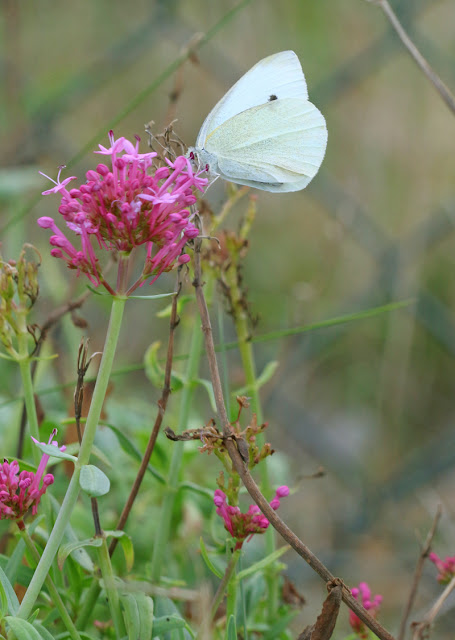 
This Red Valerian (Centrnthus ruber) has attracted a Small White butterfly to pollinate it.

This is also a favourite plant for the migrant Hummingbird Hawkmoth that is often seen at Dungeness in the Summer, though I didn't see any today.

My final photos from Dungeness were of several Small Copper butterflies, the first on Ox-eye Daisy (Leucanthemum vulgare). These small butterflies have had a tough time inland in the last few years, but they seem to still be doing well at Dungeness. 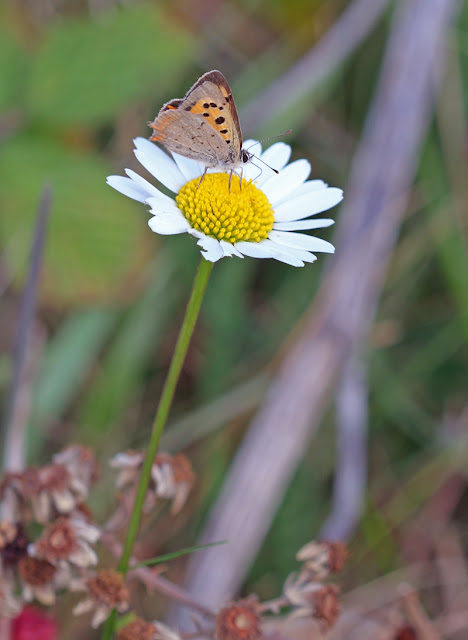 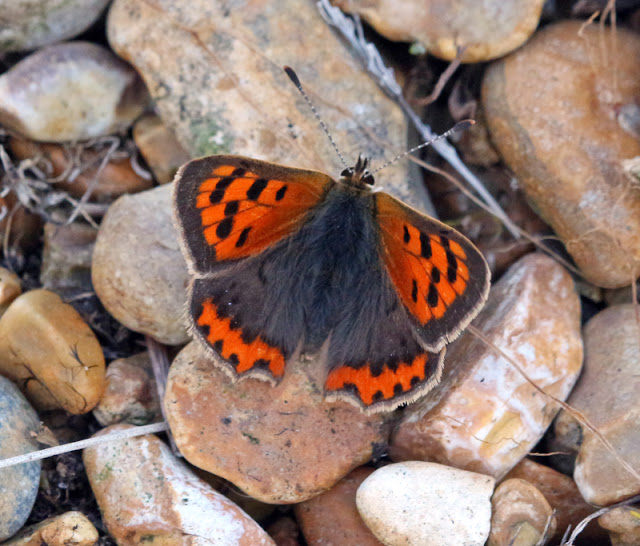 I was only here for about an hour in the late evening, there's so much nature to see, whether it be plant, insect, bird or mammal. It's always worth a visit.

Finally, this is what I was doing before going to Dungeness, a bit of sand engineering and a dip in the sea with my Grand Daughter at St. Mary's Bay nearby. 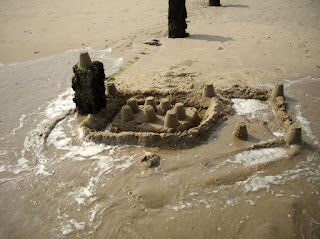