- July 21, 2018
We travel down to East Kent most years to have a look at the beautiful orchids at Yockletts Bank which is a Kent Wildlife Trust reserve. Someone found a stunning Fly Orchid variant here and word soon spread. So as me and my partner go there anyway, we thought we'd have alook for it.

It wasn't long before a plethora of orchids were found, including the first Common Spotted Orchids of the season for us. 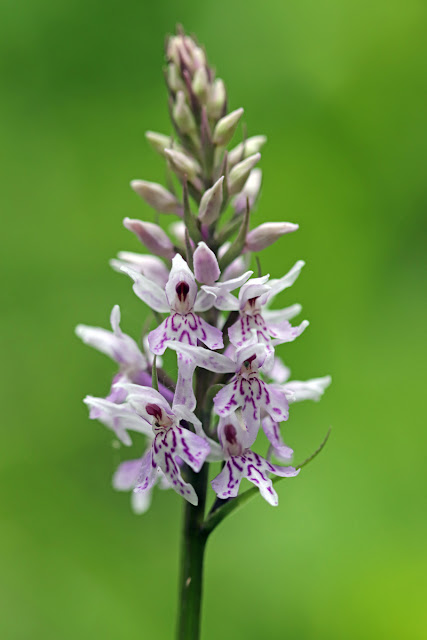 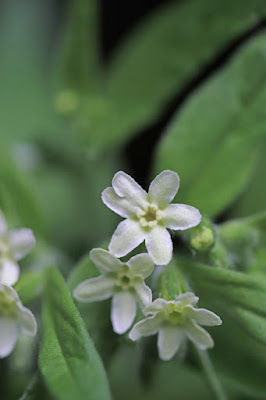 Common Gromwell was flowering along the paths.

We had missed the Herb Paris in its prime ,but I still photographed some as I find it a fascinating plant. 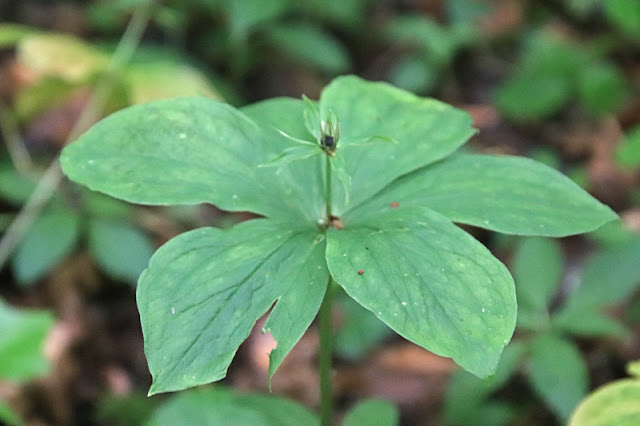 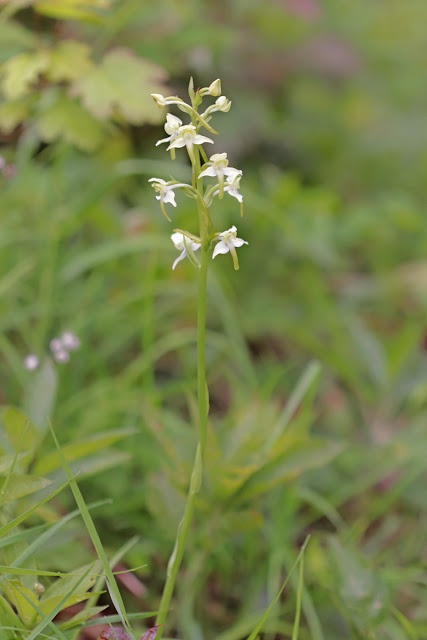 The first Greater Butterfly Orchids were now in bloom, bright flecks of white dancing in a shady breeze. 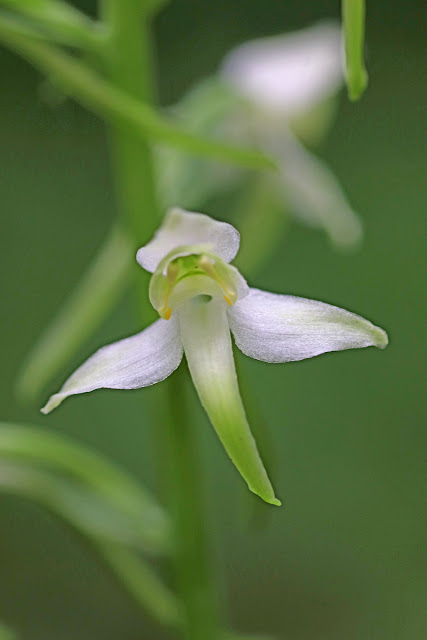 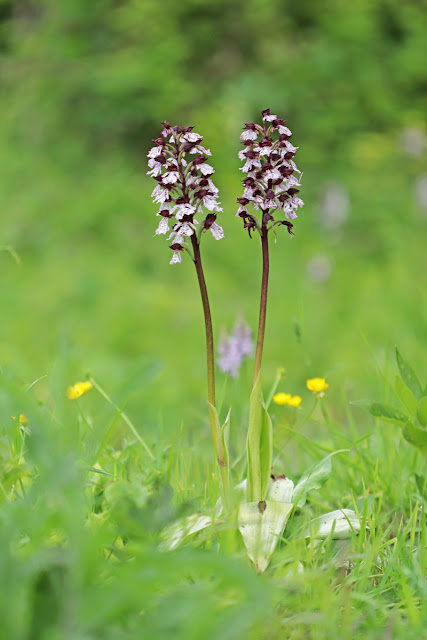 Of course, the big draw for people to come here are the numerous Lady Orchids. I think they look all the better here compared to Bonsai Bank as this place has more of an intimacy about it. 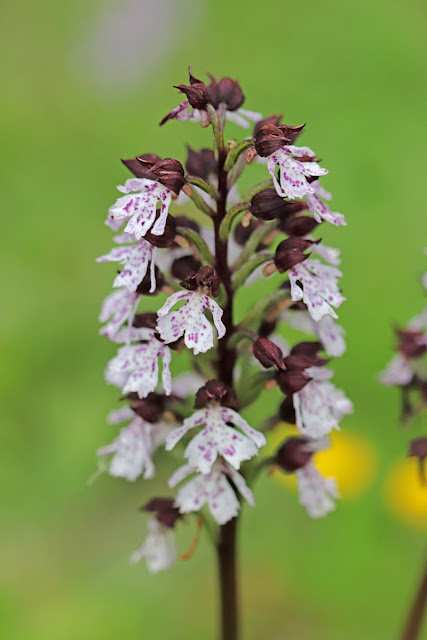 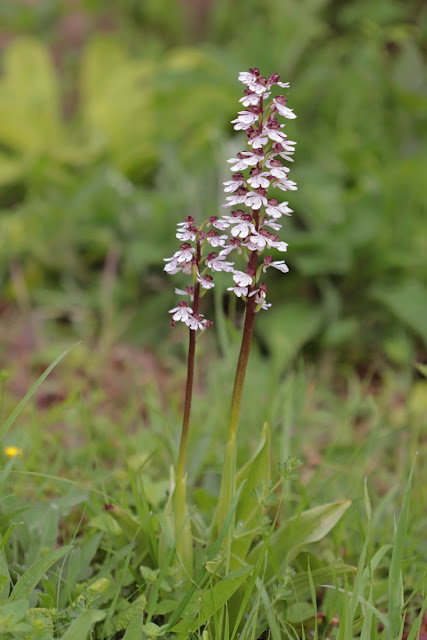 There were an awful lot of the usual form of Fly Orchid as well dotted here and there, so we concentrated on trying to find the reported variant  which has no red or purple colouring to it.

We had a rough idea of what part of the wood it could be found in, but it was still a large area to look for a spindly thin, almost invisible orchid in dense shade. The essential clue was that it was by a badger trail. So, whenever we found one (and there were a few), we followed it through a maze of ordinary Fly Orchids, looking for the variant.

As you can see below, we found it, plus another nearby. Being so pale, they actually were easier to see than the usual form. I've indulged myself and posted plenty of photos as it will probably be the only time we see this form. 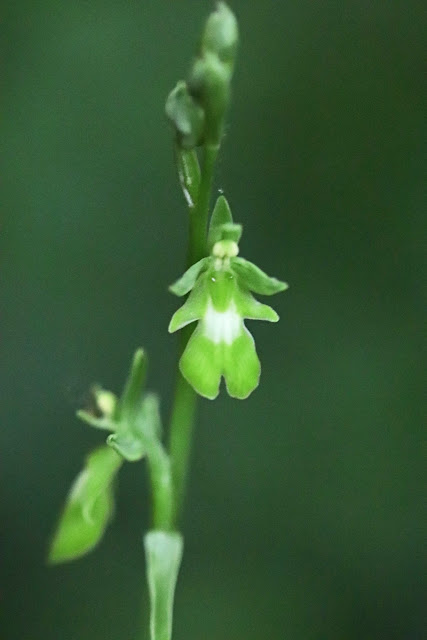 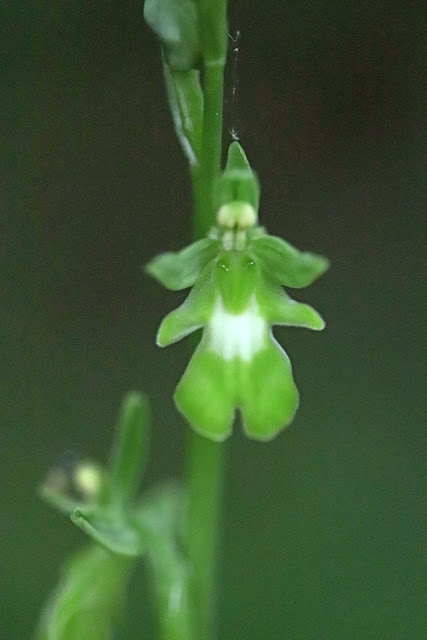 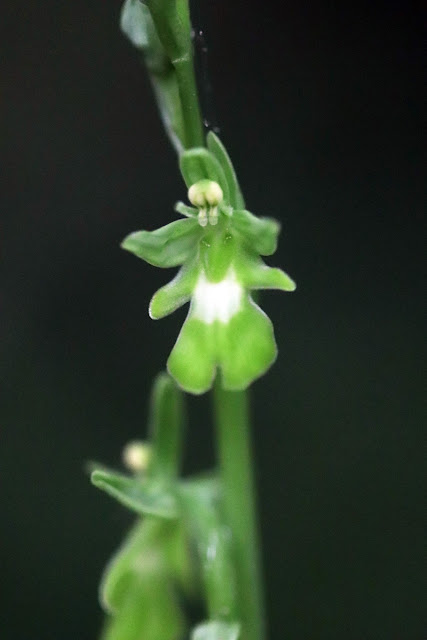 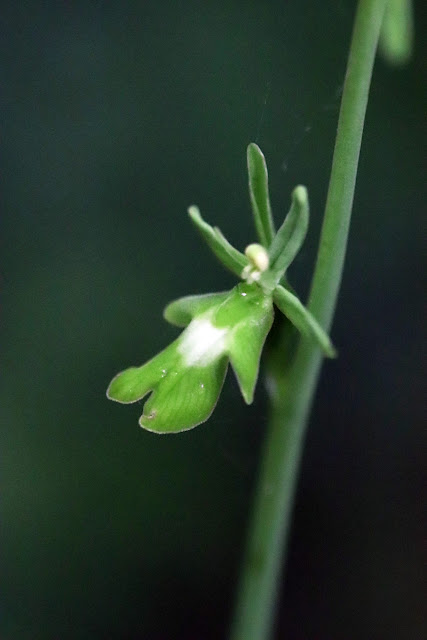 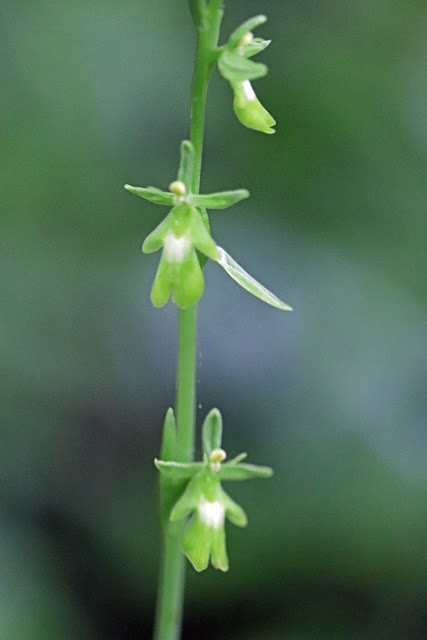 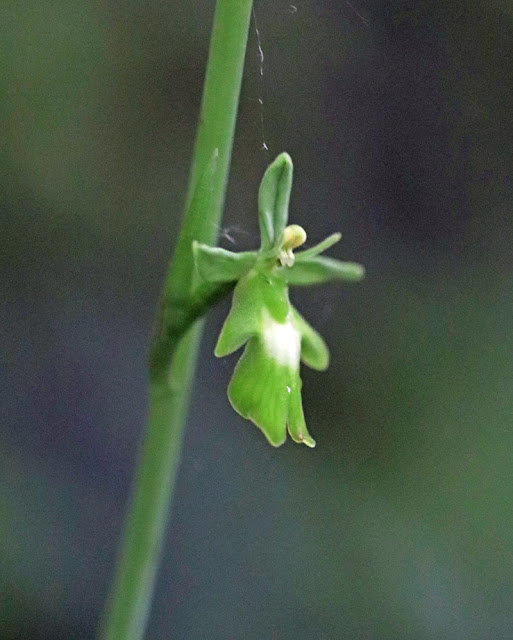 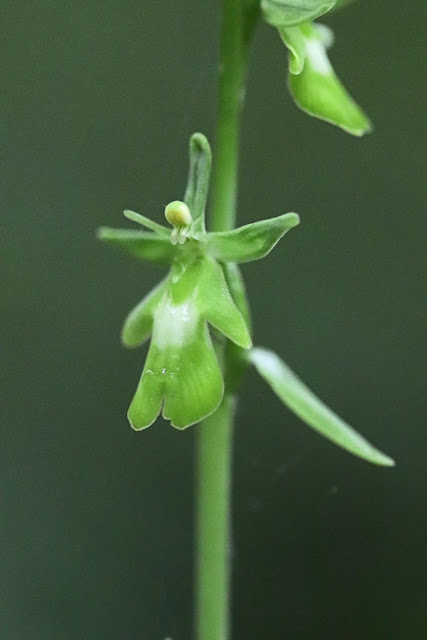 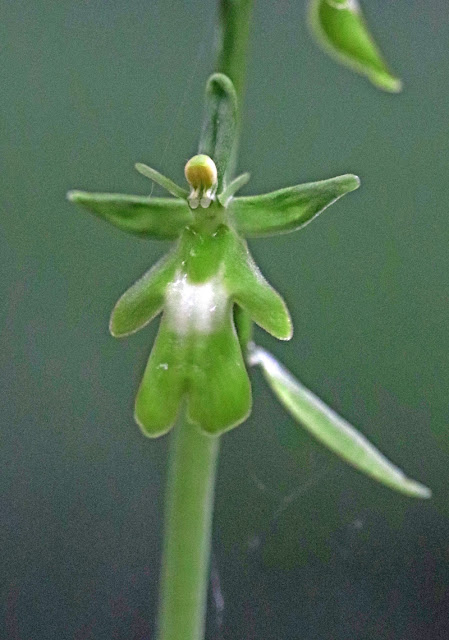 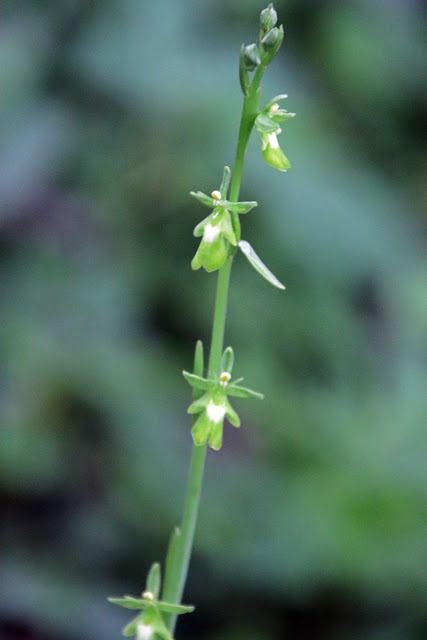 I apologise for putting up all the photos I took (that I kept) but it really is an unusual and rare variant.
To make matters worse I had forgotten my tripod, so I was taking these handheld in almost dark conditions. Some photos turned out nicely thanks to modern digital technology, but these photos would have been impossible without flash on a film camera. I tried the flash but it produced hopeless photos. In hindsight, a tripod and my macro ring flash would have been the ideal.

It just goes to show that even the most visited nature reserve can throw up a surprise, try looking in unvisited areas like the intrepid person who originally found it must have done and all credit to them.

We did pop into the nearby Park Gate Down KWT reserve to see if any Monkey Orchids were flowering and was rewarded with plenty in bloom. 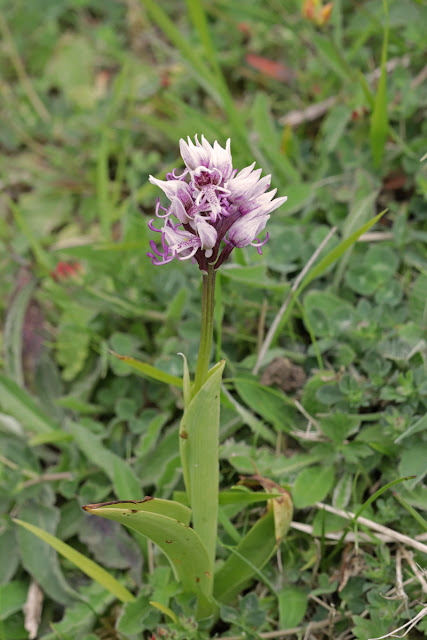 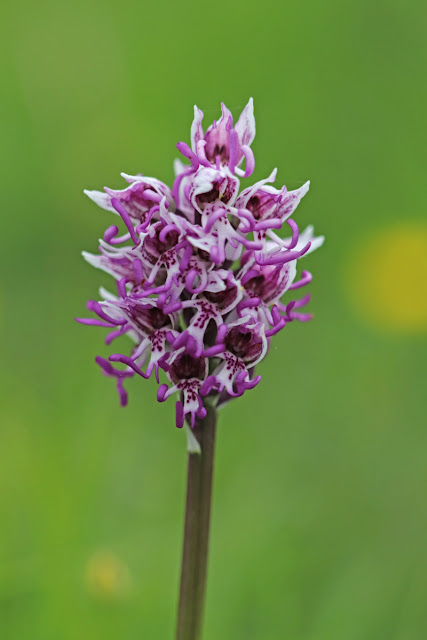 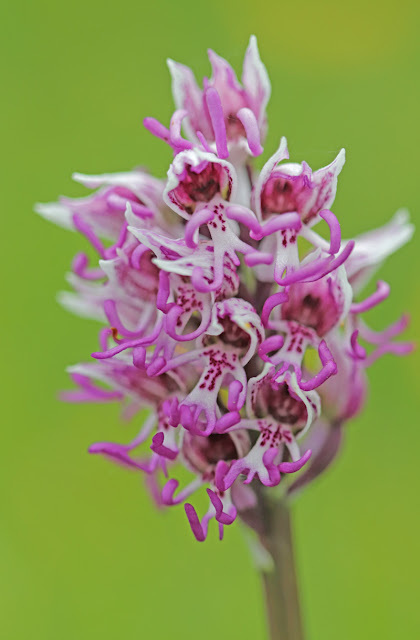