Ranscombe Farm is always worth a visit to lift the soul and I have been there many times. It is full of wildflowers of all descriptions and well recorded. However, as this day proved, you might find something new and never recorded there before. However, I'll start with the more usual species to be found. 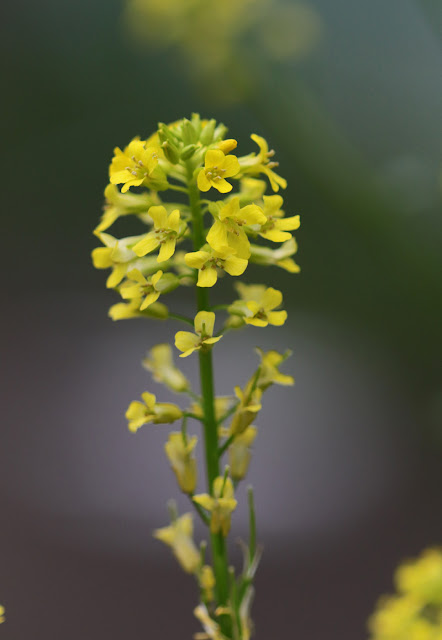 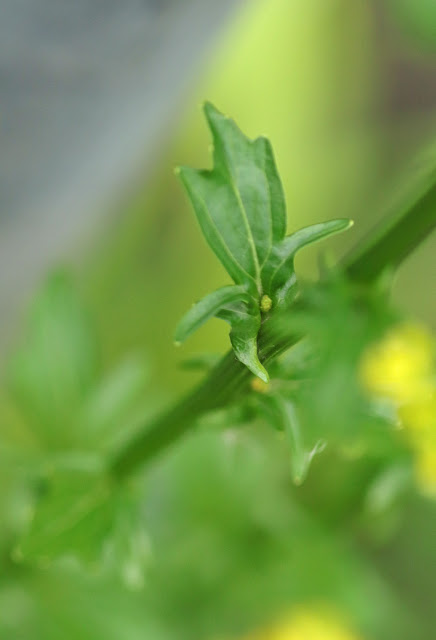 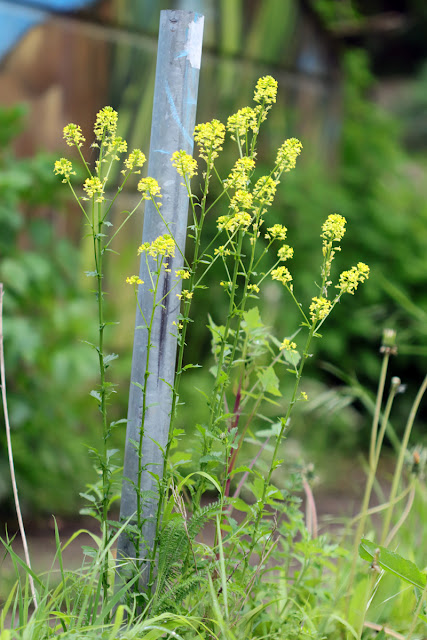 
The shape and form of the upper stem leaves differentiate the Wintercresses, so always have a look at them.


White Hellebroine are a Kent RPR species, but there are plenty of them at Ranscombe (in a few places). Look in heavy shade on the chalk but under Beech trees to find them. 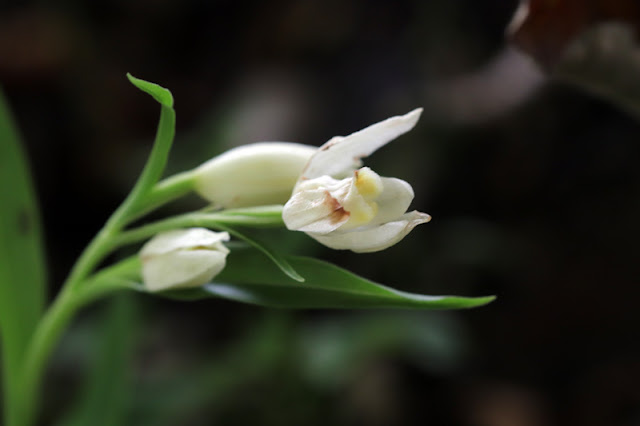 Just North of Ranscombe in Cobham Great Wood was a small patch of Lily of the Valley. I'd looked for this last year and failed to find it, yet it's right by the main path running East/West through the wood. It's another rare plant in Kent. 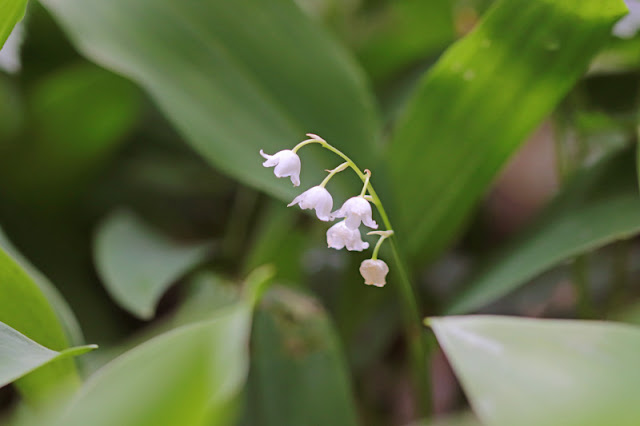 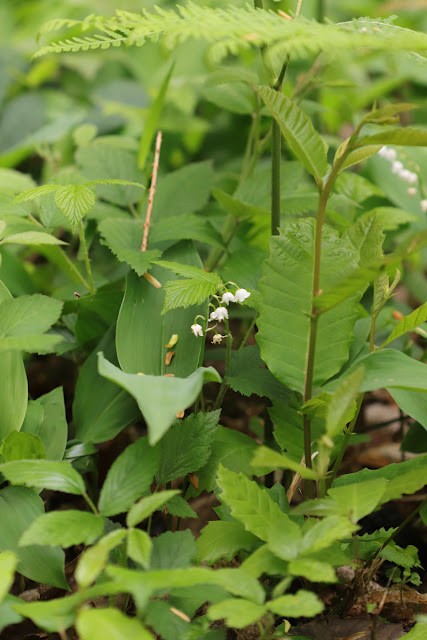 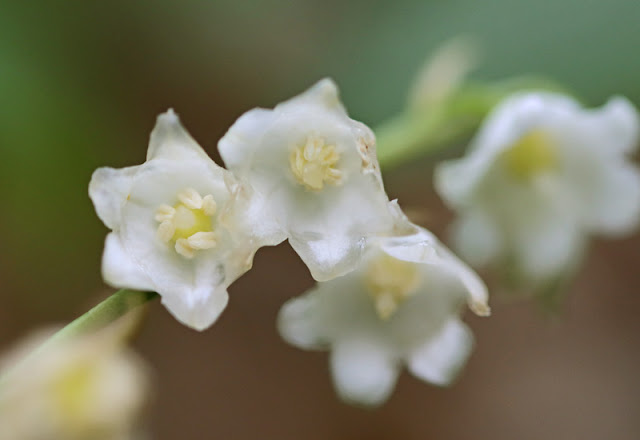 Fly Orchids are also present at Ranscombe, in the same place as the White Helleborines. 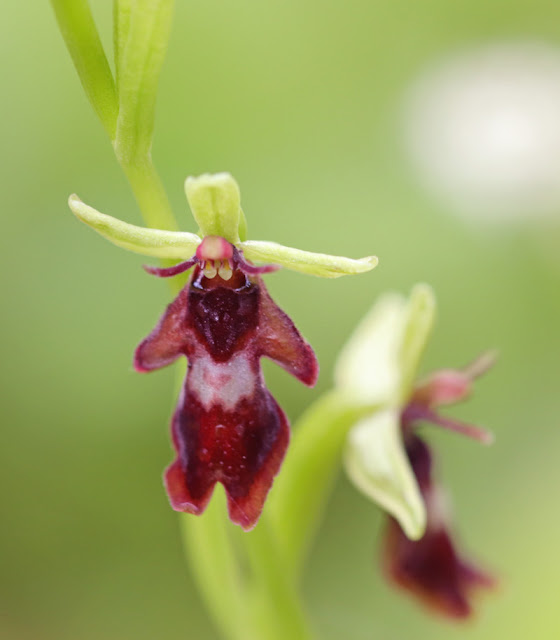 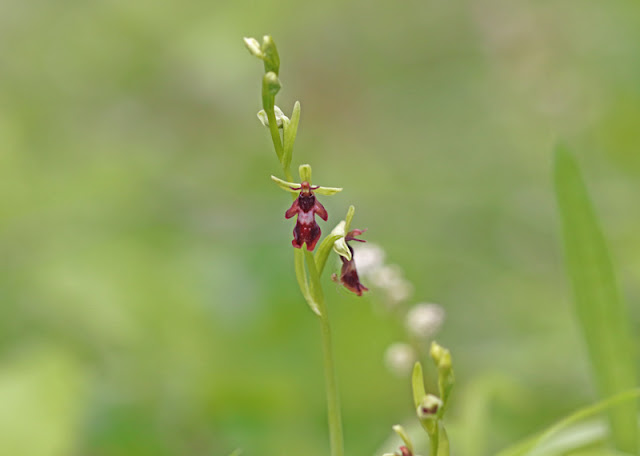 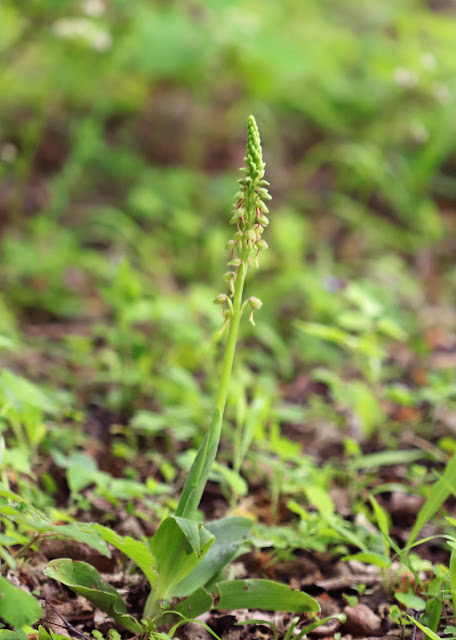 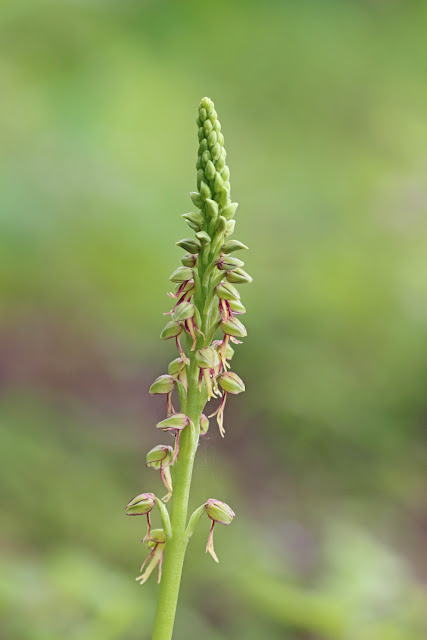 There are several species of orchid here with Man Orchid being another known species.

On another part of the reserve were a few of the rare Lady Orchids, which with great management should hopefully increase in number over the next few years. 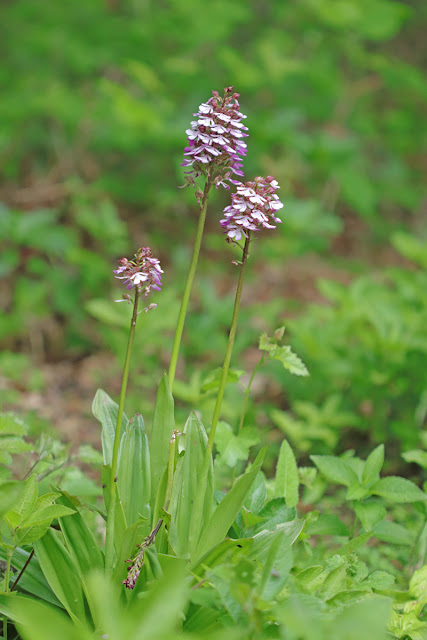 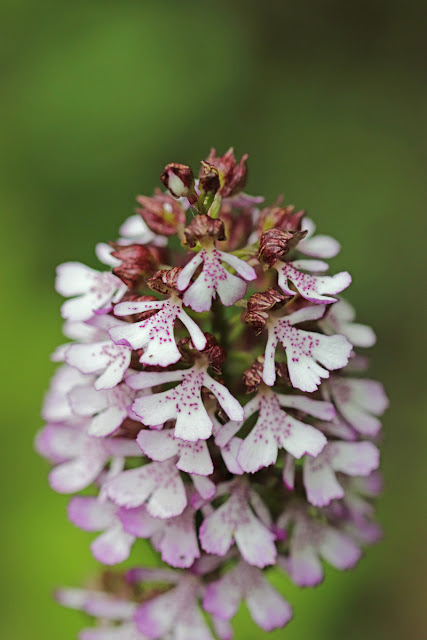 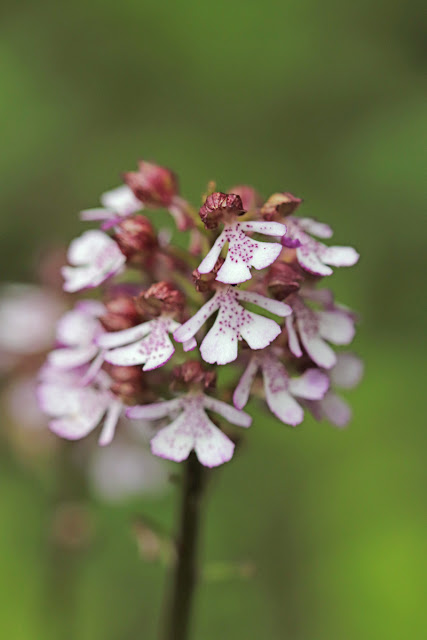 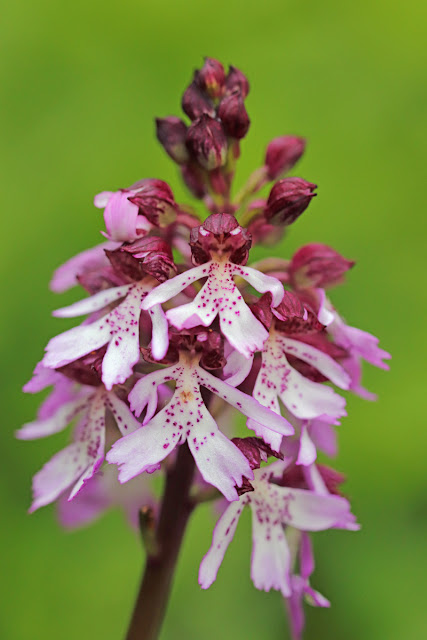 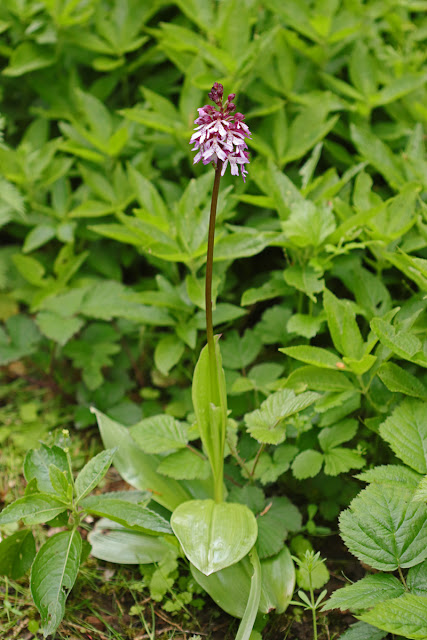 
All of the above orchids are well known on the reserve. However, as I left the location of the Lady Orchids, a pale yellow spike caught my eye in a newly coppiced area. I went over for a look thinking it was a Broomrape.

I was very surprised to find 3 Bird's Nest Orchids, with one just coming into flower. These had not been found on the reserve before and I let Ranscombe Farm know about them when I got home. The news even made it into Plantlife's magazine. It just goes to show how new rare species can be found even in heavily recorded areas. 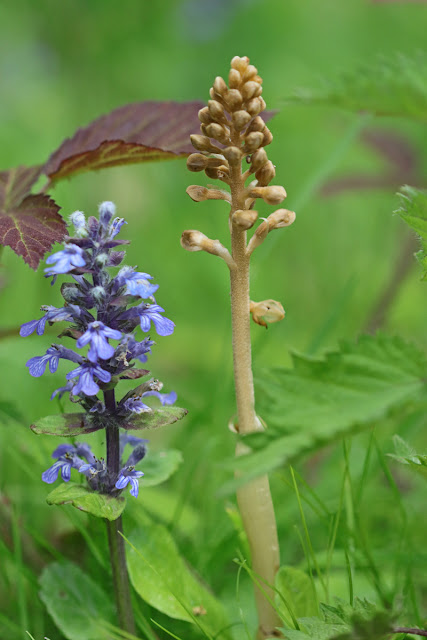 The blue of the flowering Bugle (Ajuga reptans) sets off the orchid nicely. 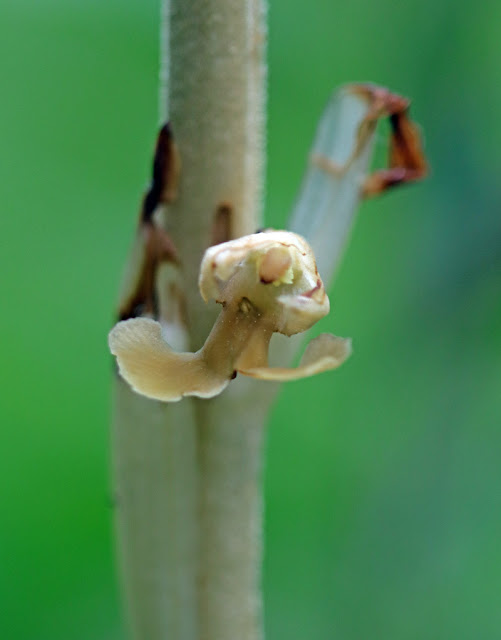 Not the most exciting photo of one of one of its flowers, but I was so excited at finding a new wild orchid on the reserve. 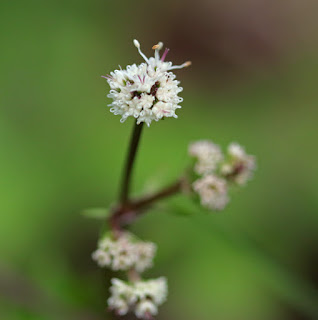 Another Kent RPR species is Sanicle which grows in shady wood on alkaline soils.

A Cardinal Beetle, one of many beetles, bees and butterflies seen. 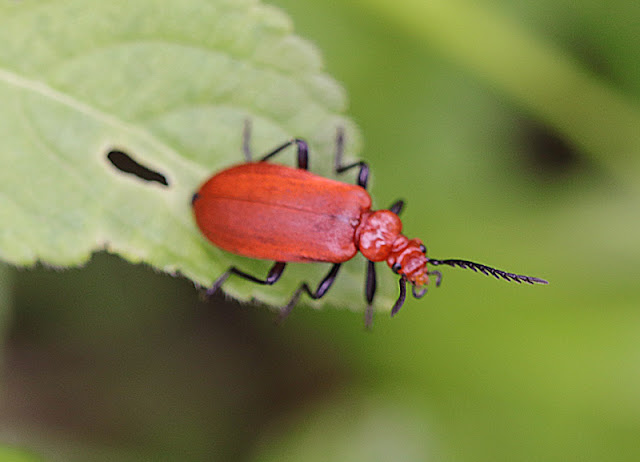 My final flower that I photographed at Ranscombe was the humble Bush Vetch. If conditions are right, it will carry on flowerinf until the frosts arrive. Though as I write this (mid July) everything's been burned off by the drought and heat, so it will be interesting to see if it regrows when the rains come back - or will we have to wait until next year? 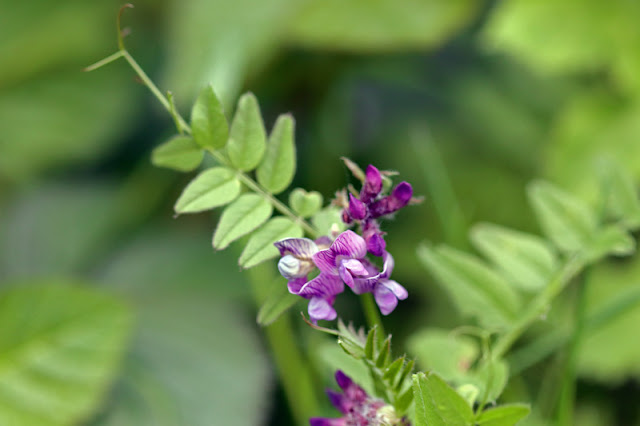 I would have taken more photos here but my battery went flat and I'd left the spare in the car.
I still had plenty of time left, so made my way to Kent Wildlife Trust's Holborough reserve to see what was of interest there.
See my next blog for some more amazing plants.