- July 13, 2018
Longfield is a small unremarkable town a few miles South East of Dartford on the edge of the urban fringe. As such I am fortunate that within a few minutes I can walk into arable field, Beech woodland or chalk grassland. Here's a few species I found on this walk, culminating in a first record of a nationally rare and endangered plant for Longfield itself. 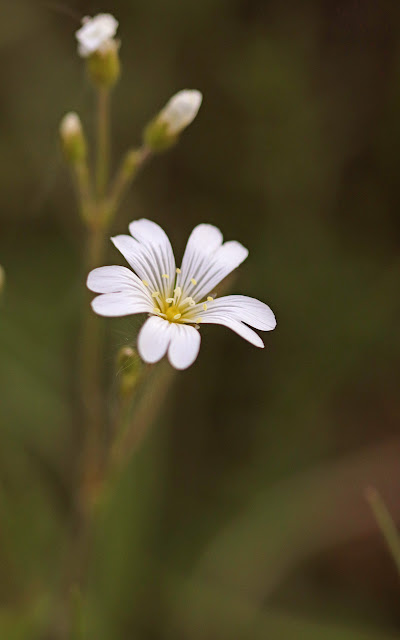 This is the uncommon Field Mouse-ear, which is in decline.

There is plenty of it in a disused meadow close to the town, but I fear it will be built on within a few years. 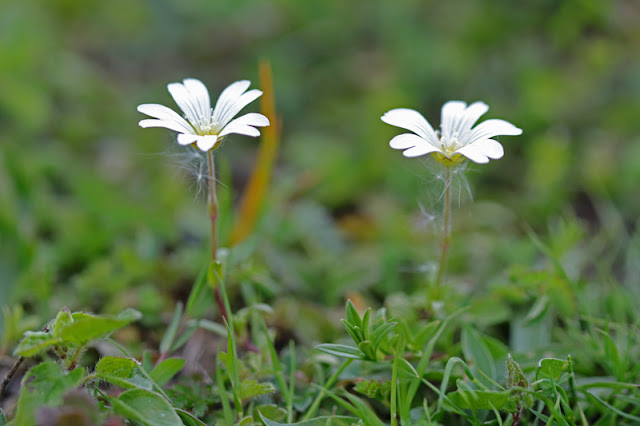 There were also large stands of Crosswort with its bright yellow flowers, another Kent RPR species due to habitat loss. 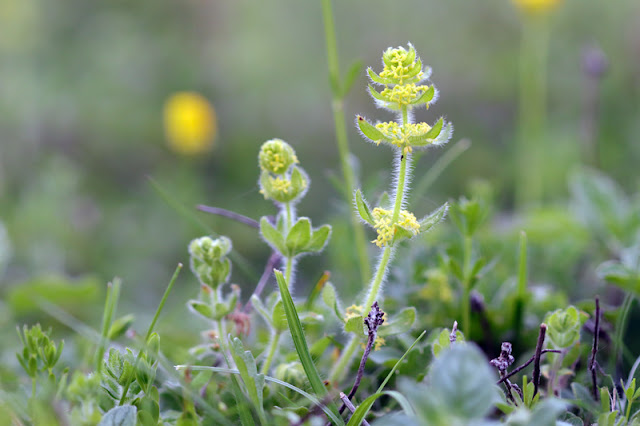 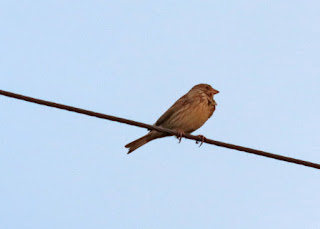 Lots of flowers means insects and seeds and this Corn Bunting was one of several I saw.


Hawthorn was now in flower, though this pink tinged tree was not what it seemed at first to be. It was a Midland Hawthorn with all its flowers having 2 styles. The leaves look different and simpler as well, compared to the usual Hawthorn most seen. 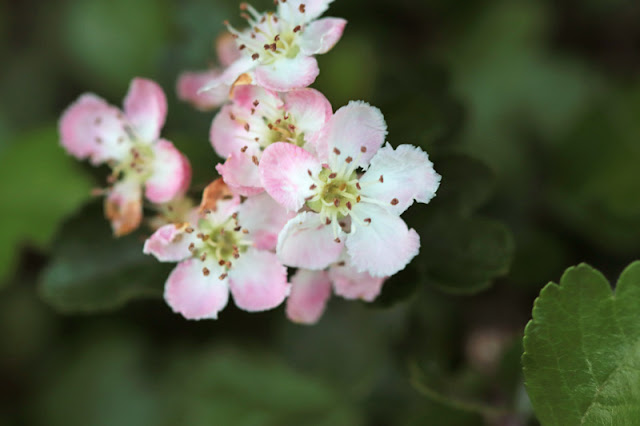 Euphorbias or Spurges that have escaped form cultivation are on the increase. I see them all over the place, usually near habitation, either seeding nearby or arising from fly tipped soils. 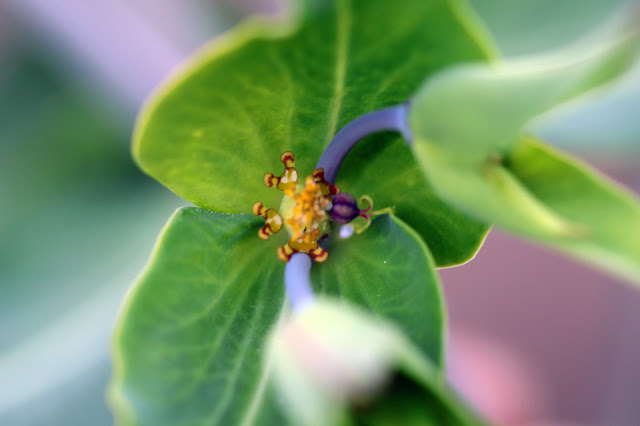 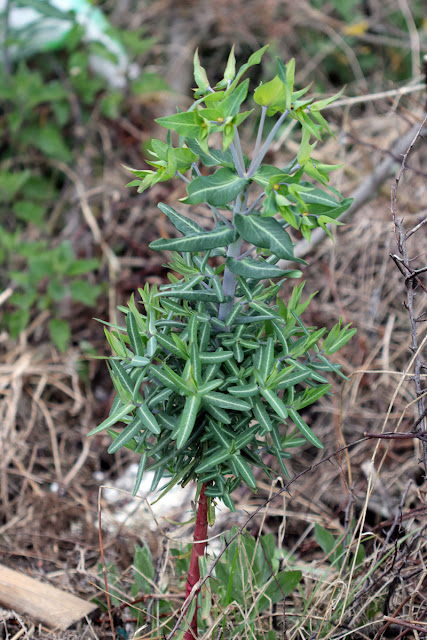 This one is Caper Spurge with its flowers shown above.

This Spurge had me baffled for a while, as it looked very much like Wood Spurge in form, but the leaves weren't right.

Out with the ID books and with some help by confirming my ID from Twitter, it turned out to be a garden variant of Wood Spurge called Turkish Spurge 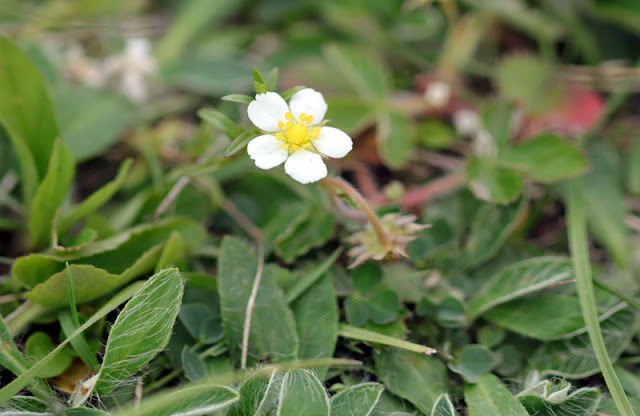 Wild Strawberries dotted the chalk turf of this meadow along with the Field Mouse-ears.
In the photo above are the hairy leaaves of Mouse-ear Hawkweed, it's flowers when out, resembling a small Dandelion. 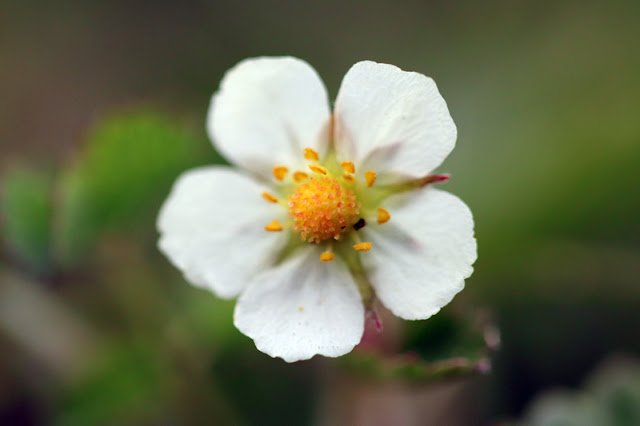 Fumitories are often found on arable land and numeorus young plants were just coming into flower. I didn't have time to firmly identify this one, though given the flowers were less than 11mm long, the colouring and form and the tiny sepal, I'd say it's most likely Common Fumitory.

There are several different species which can be hard to separate, so if interested I'd recommend buying the BSBI handbook on them at:  https://www.summerfieldbooks.com/fumitories-of-britain-and-ireland~2150
I use this book now to firmly ID fumitories down to subspecies level if needed. 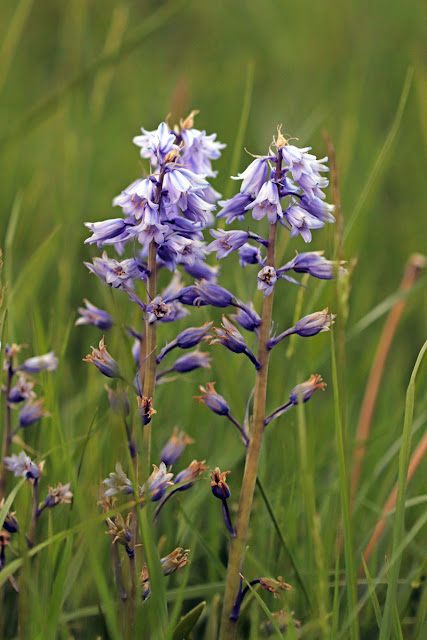 In this field I then found the Beauty and the Beast!

Here's the Beast, a Spanish x Native Bluebell hybrid, no doubt chucked over a nearby garden fence into the field. Not only did it survive, but it's spread for some distance along the field edge. It really is a thug and in woodland will crowd out the native Bluebells, eventually leaving none left. 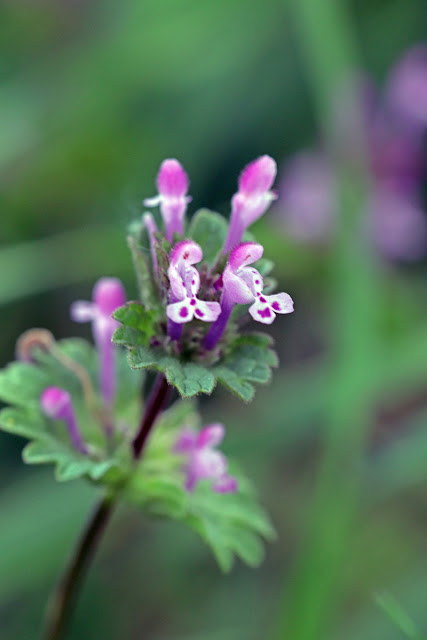 And here is the Beauty. The small, but almost fluorescent pink and upright flowers of the Henbit Dead-Nettle.


It's an arable plant but of late, I've mostly found it in towns in pavement cracks and kerb edges, so keep an eye out for this attractive little plant.


There were many many more wildflowers that I saw and photographed as well, but most I have covered before here. Species included Common Poppy, Cleavers, Wild Mignonette, Scarlet Pimpernel, Cornsalads and Clovers to name a few. I could go on a long time!


The following species has also been featured in my blogs before, but it is a very special plant.

I was very pleased to have found a first record for Longfield for Man Orchid (TQ5969), in the same meadow as originally described (likely to be built on). Unfortunately there was just the one flowering spike, but if one has established, I am sure that next year more will come up. A delight to see. 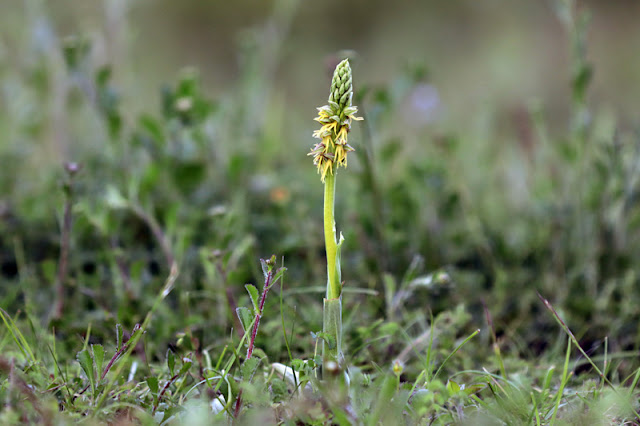 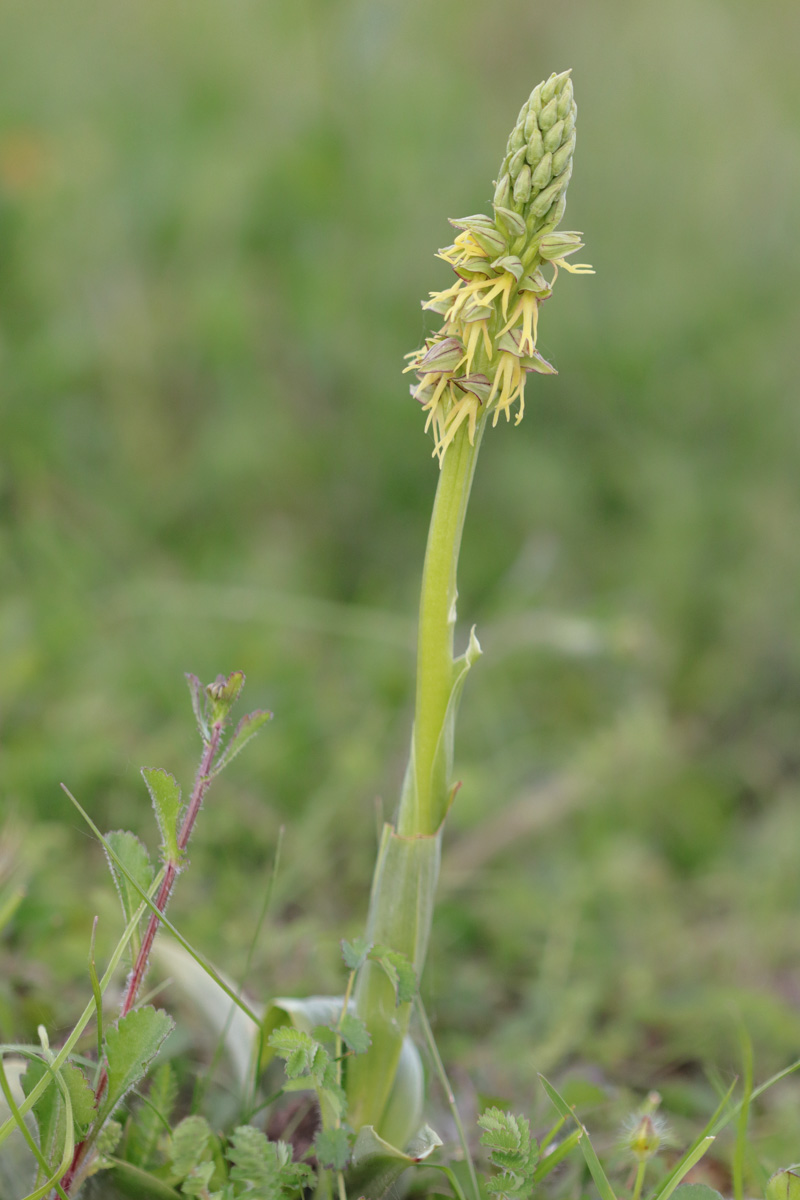 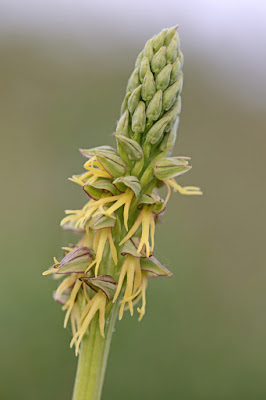 This really does drive home the point that it's always worth looking back over areas you know well, something new may and often does pop up from time to time.

I've surveyed and enjoyed this small meadow for the last 5 years and this is the first time one has appeared. By now (mid July) it should be full or Wild Marjoram and a few Basil Thyme as well.


Until next time
Dave
@Barbus59