I spent a few hours surveying TQ8164 for the BSBI 2020 atlas project, then had a wander around the nearby Kent Wildlife Trust reserve at Queendown Warren to see what I might find. Here's what I photographed this day.

Dog Rose used to be simple, it was a Dog Rose. Now there are hybrids to contend with as well and many older Dog Rose records are considered unreliable as a result. It would be ideal to have the time to differentiate them, but unfortunately I don't, thus it's: 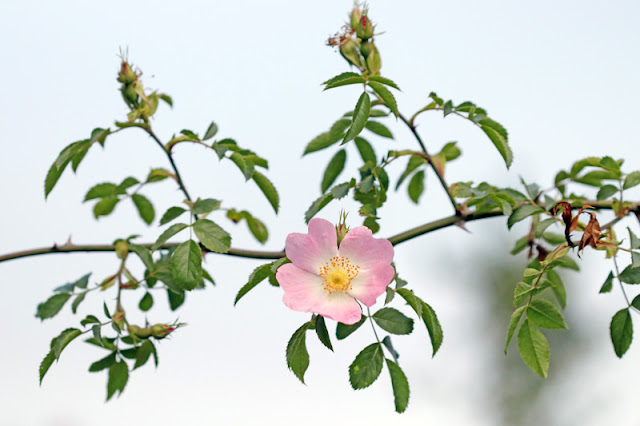 I've realised photos of these always look better with the sky as a background rather than in a mass of vegetation. To get these shots means some awkward convolutions of the body and looking very odd to passers by, but I think they're worth it. 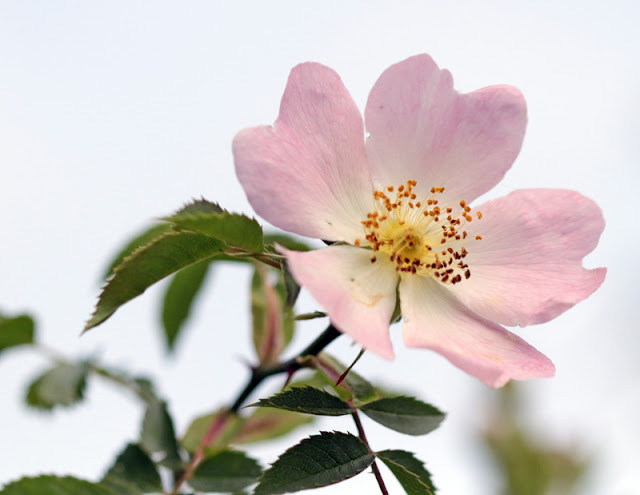 When looking at wildflowers, it's easy to forget trees and shrubs. This is Dogwood and it's very common on chalk soils, both as a colonising shrub and planted in hedgerows. 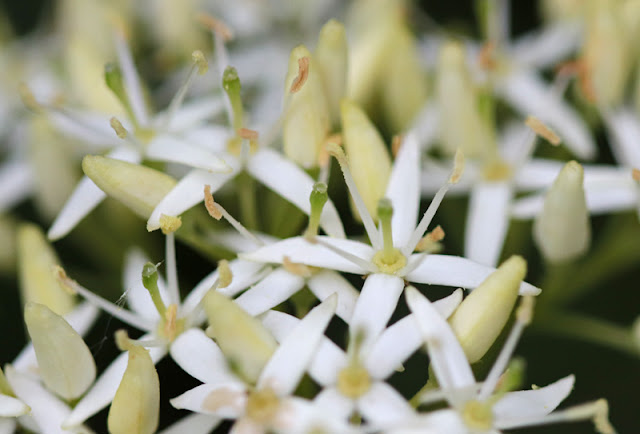 The heavily veined leaves are quite obvious and in Winter, the twigs are often a bright red, making ID easy, even with no flowers present. 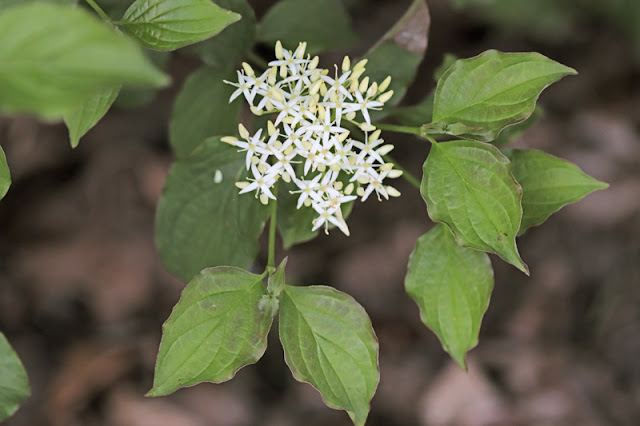 It's easy to look at a bramble and think, this is a bramble! However, sometimes they are not. The key to these is to look at the leaflets, as brambles are always in sets of five. On the other hand, Dewberry only have three leafletts. Add in only white flowers (no shades of pink); early flowering and weak prickles and there's the difference. Another one to look out for is the Raaspberry, however, this usually only grows in shady woodland and the flowers look different to both bramble and dewberry. 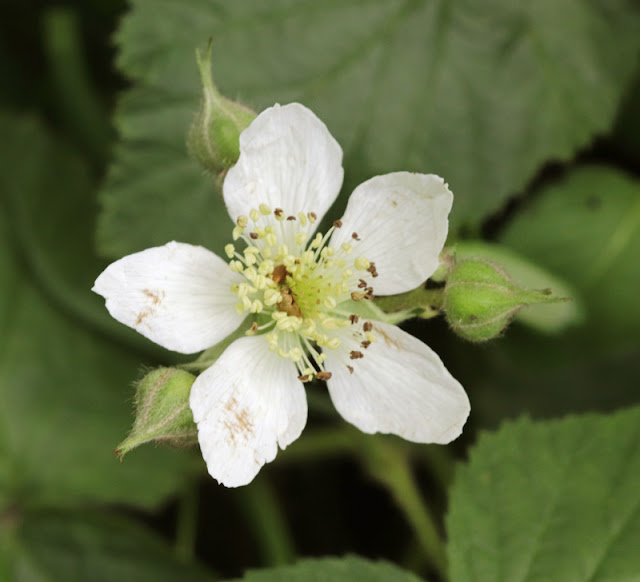 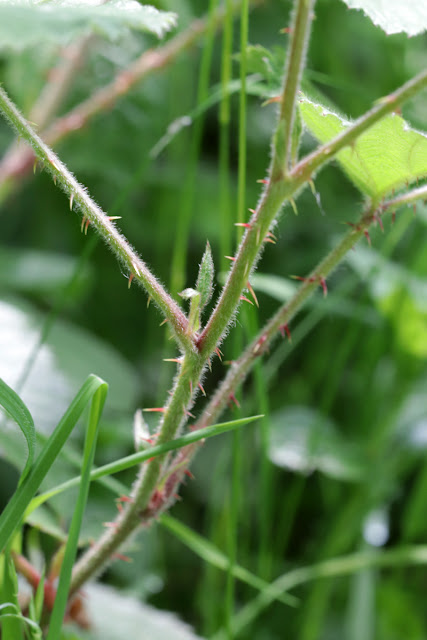 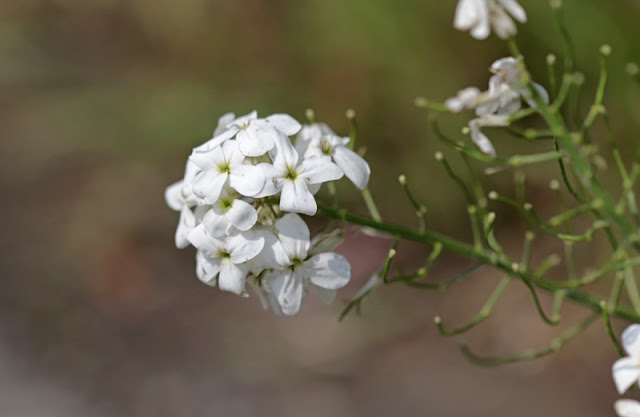 Above and below are Dame's Violet.

Hang on a minute, this flower is white! Yes, as is often the case, this flower also comes in white, but Dame's White doesn't have the same ring to it!

They are a garden escape and quite common in the wild in North Kent, though usually pink! 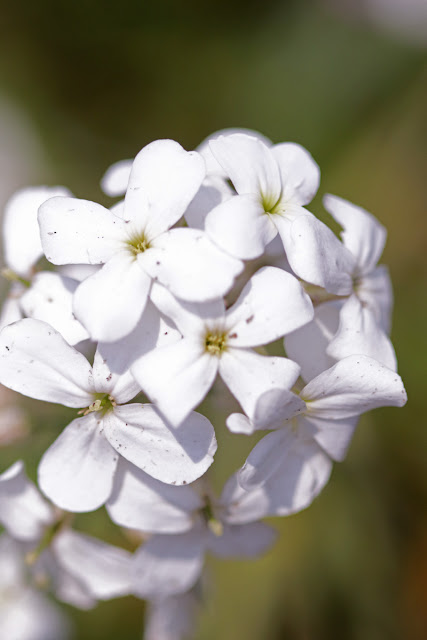 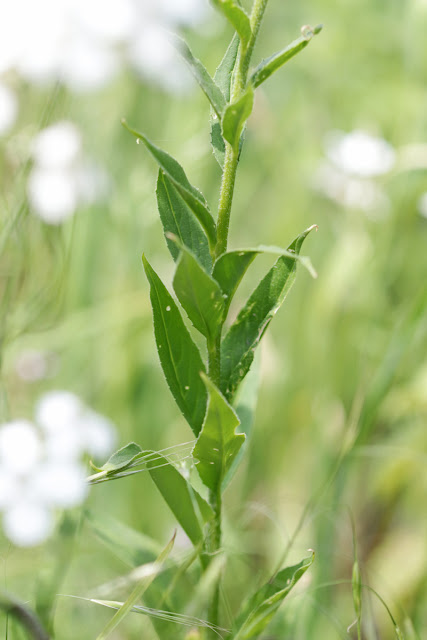 Elder was just coming into flower, though as I write at the end of July, they are all in fruit!
2018 looks set to be a drought year, worse than 1976 (which I can remember). As such, it seems that the flowering period of most wildflowers is very short. No water means fewer flowers - fruit and die for most.

Of course, the Elder is a woody, small tree so has deep roots and can withstand drought, like many of our wildflowers. 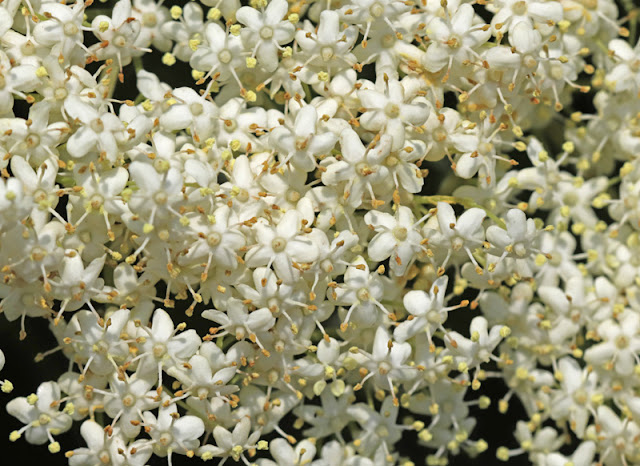 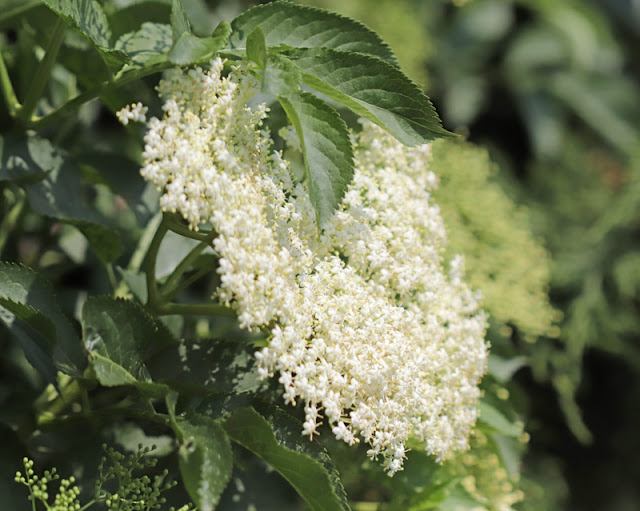 Hedge Woundwort was now coming into bloom everywhere and here was no exception. It's amazing that a species can flower en masse all over the same area within a few days of each other. I wonder if some under graduate might explain how they do it one day? 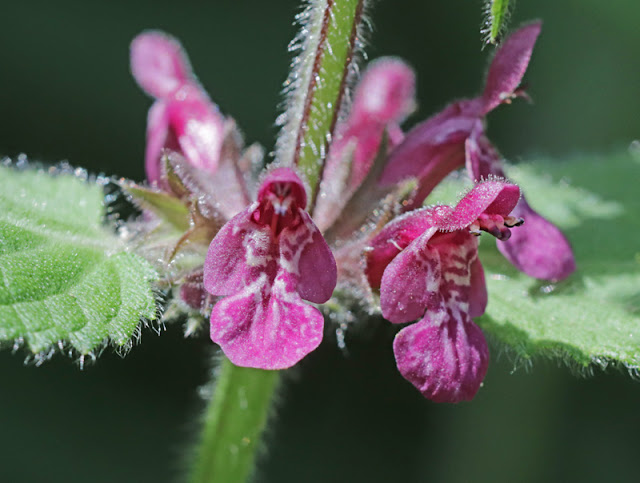 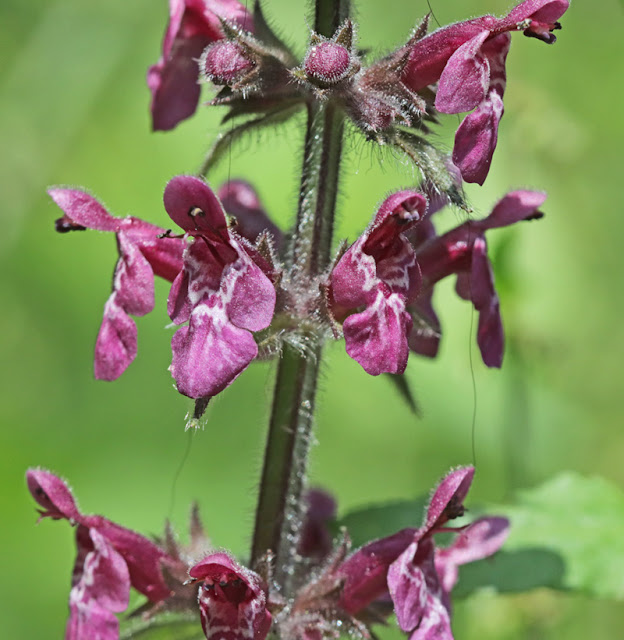 Below is Common Comfrey, a tricky species to identify thanks mainly to garden escapes. Pay attention to the wings running down from the stem down the stalk (or not) and the colour of the flowers. 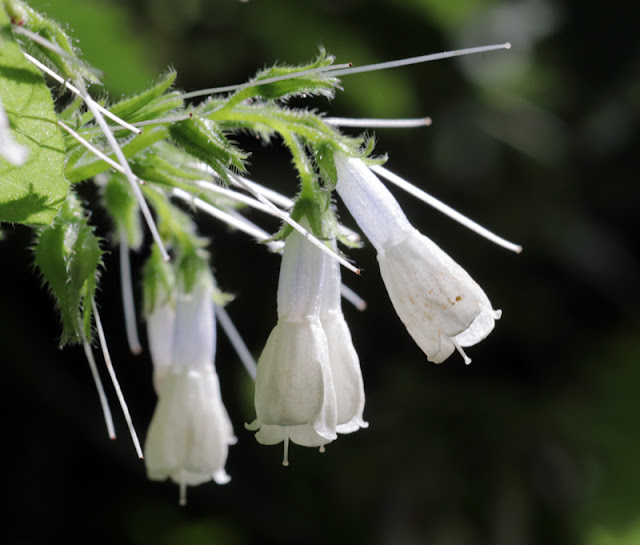 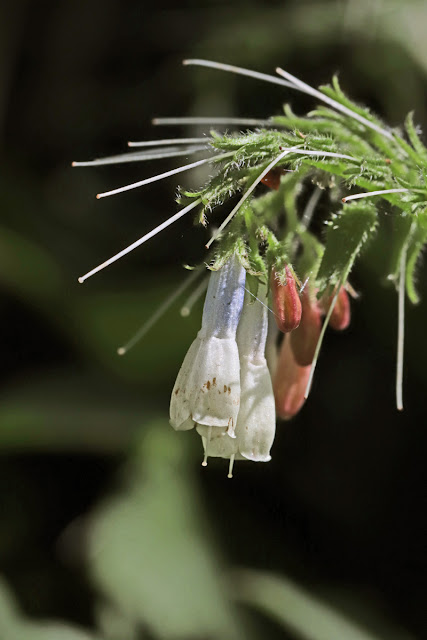 Another very common, under-rated wildflower is the Common Mallow. It can grow to over a metre tall and be full of these wonderful purple and pink flowers; a boon for bees and pollinators. 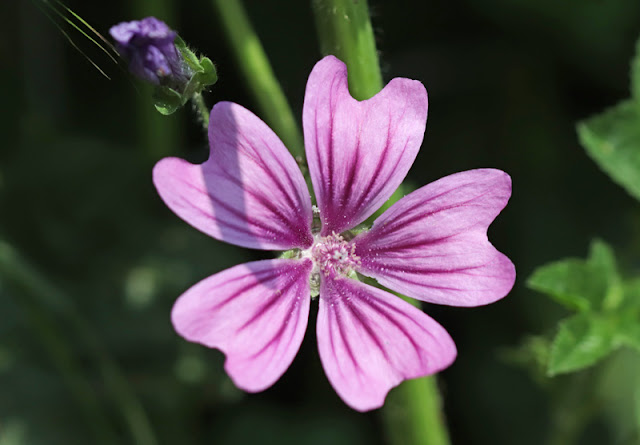 That was it from here, though I also found interesting species, such as Butcher's Broom and Hops (neither in flower) in a small ancient woodland in the middle of housing estates, it was time to move on.

It was only a few miles to KWT's Queendown Warren reserve and it was here I headed to next.
When you go to a special place, it's not just flora that catches the eye. 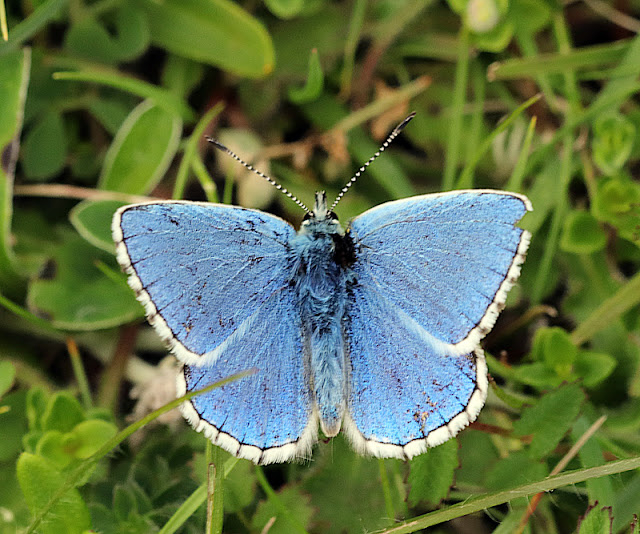 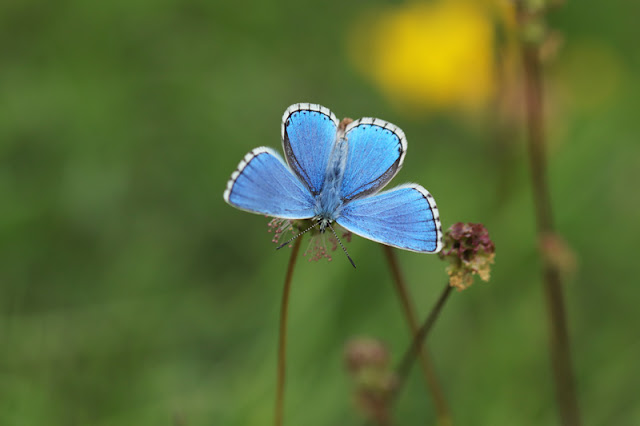 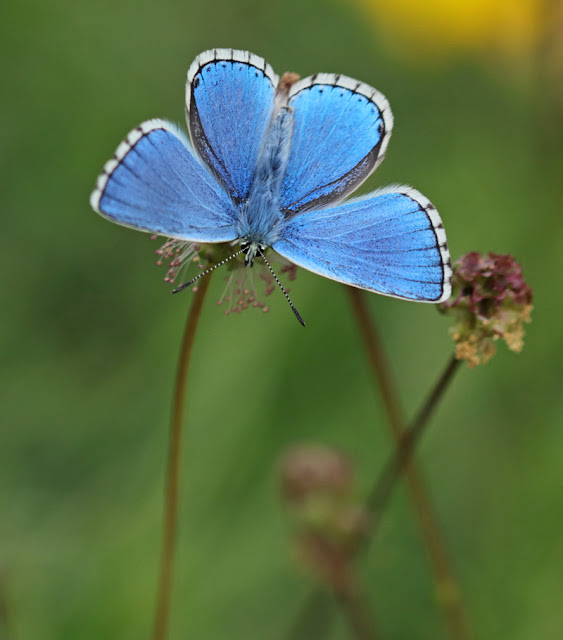 There wasn't just the one, there were loads of them! It was late afternoon and they were settling down to roost for the night. 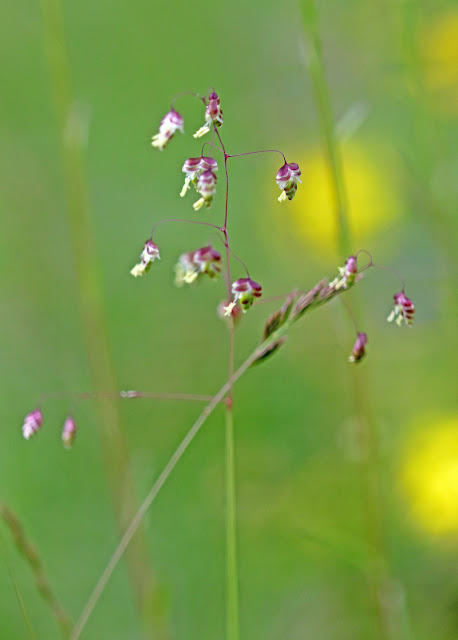 Quaking Grass is quite prevalent on managed chalk grassland, it's spikelets shimmering in the slightest breeze - quaking!

These look so like Common Blues until they open their wings to display a chocolate brown background with white backed orange spots - it's a Brown Argus, a dainty and small butterfly, common on the chalk. 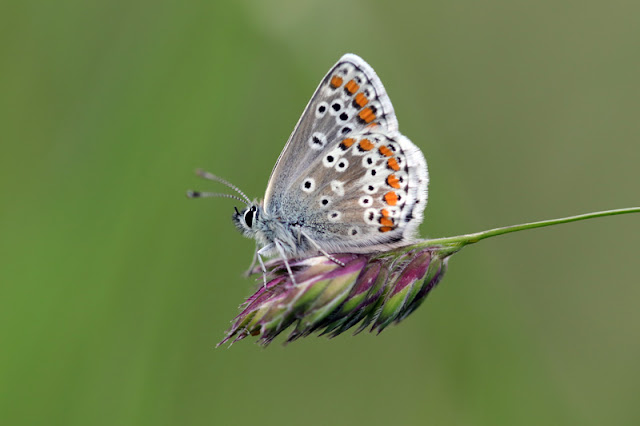 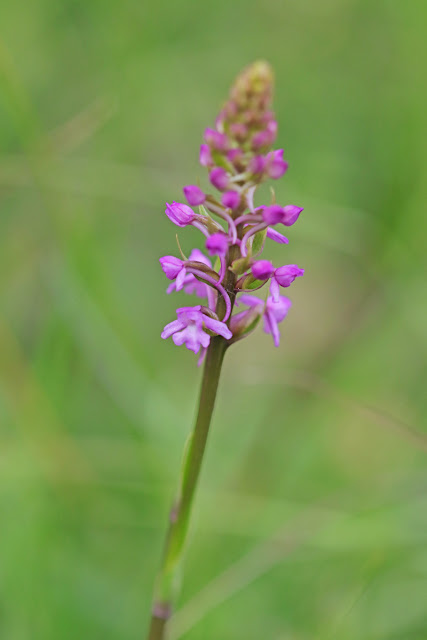 There was a single Chalk Fragrant Orchid in flower in one of the caged areas to prevent rabbit grazing, These photos were taken through the wire! 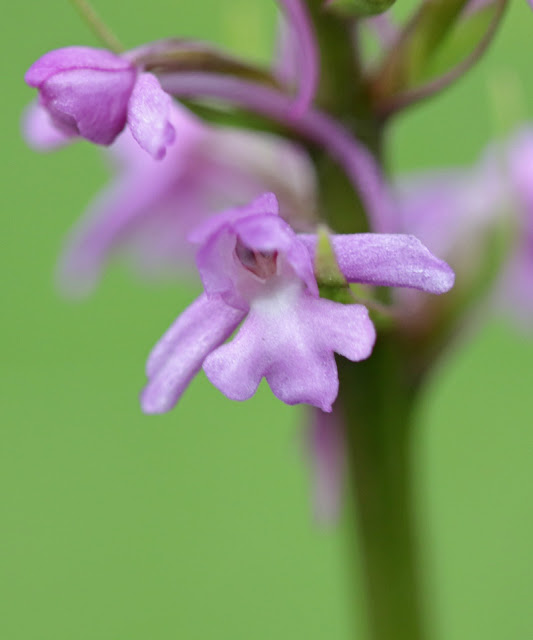 The beech trees were already puting out fruits. Here's a Beech Mast 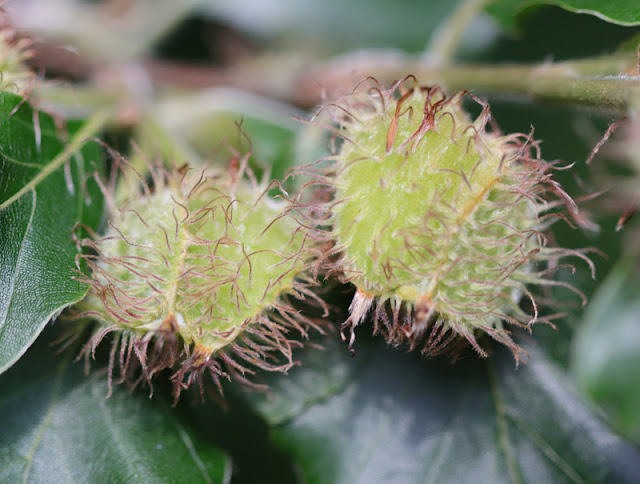 Common Rockrose was in flower in masses and looked fantastic in the short turf. 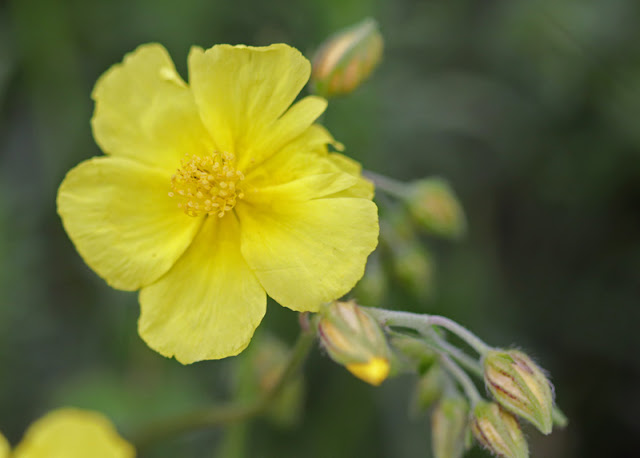 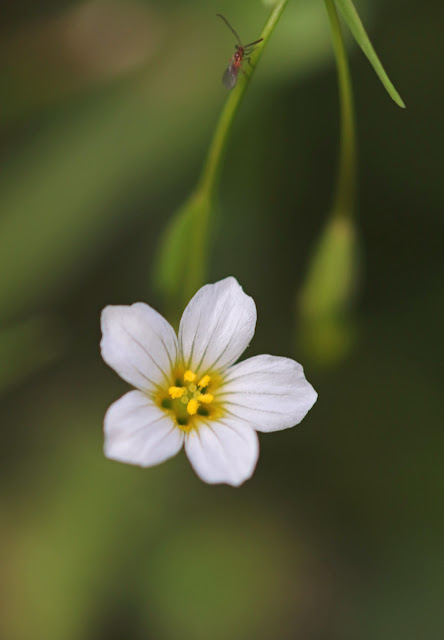 IThere were also strands of the fine stems of Fairy Flax, this one complete with a pollinator.


Can you guess the next wildflower? 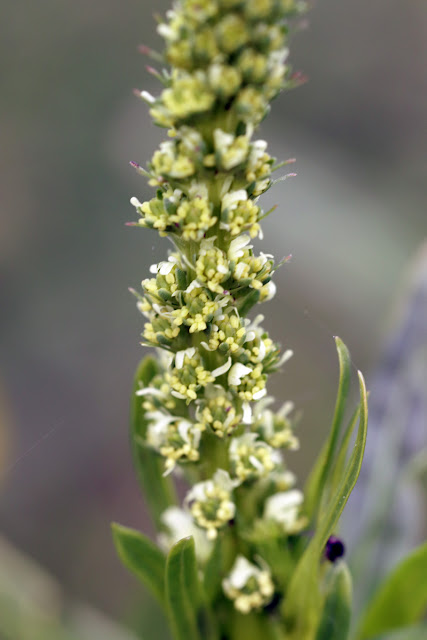 Queendown Warren, as one might expect, is a heavily recorded venue. However, no-one had ever recorded Weld here before, so I made up for that. 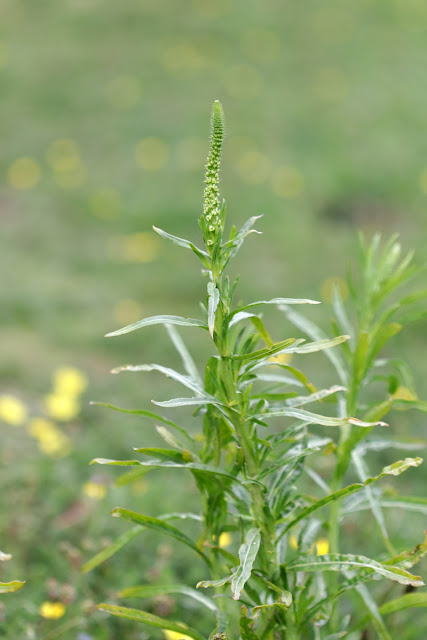 The single Lizard Orchid was in bud, I don't know why there's never more than one here, but it was the first Lizard Orchid I'd ever seen back in 2013. 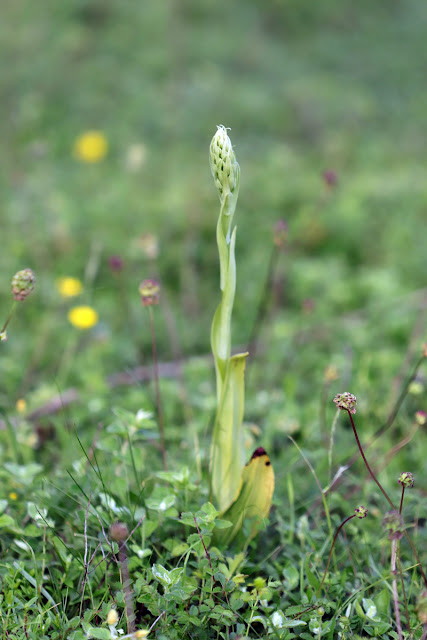 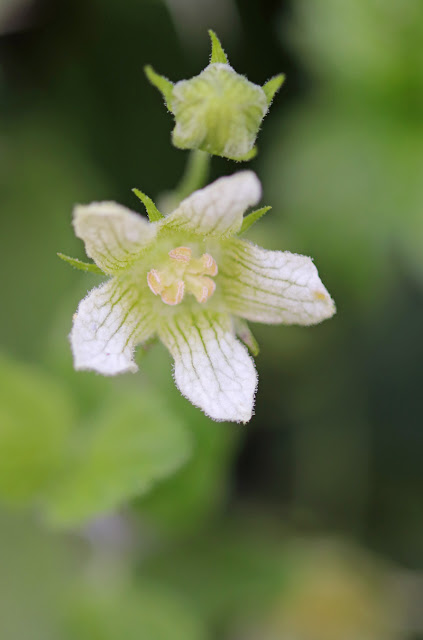 White Bryony finished off my photos for this trip.

Nature reserves are often wonderful places with some special flora and fauna, but don't forget to look in "ordinary" places as they may hold some surprises for you.