The first day of Autumn was of course wet and with many more wet days to come, the countryside turned Autumnal, almost overnight, to match. I was recording botany in a few monads around Pembury which is a small town north east of Tunbridge Wells. I didn't really know what I'd find, but a look at Google Earth satellite images beforehand led me to investigate an area of so called "waste ground" right next to a Tesco supermarket. 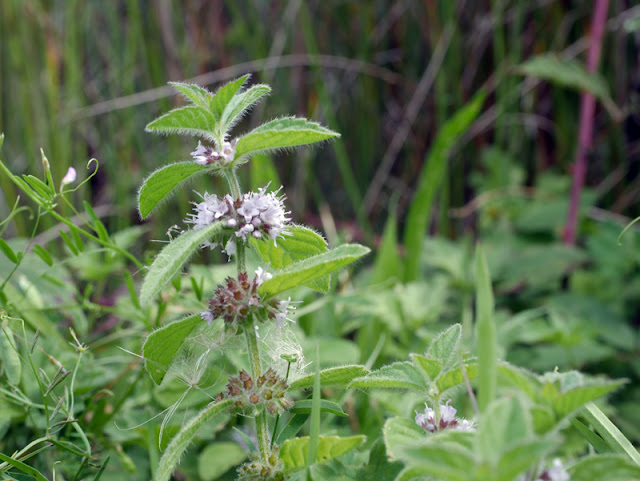 Growing in a damp area was a Kent RPR species, Corn Mint. This was a good start.
Mentha arvensis 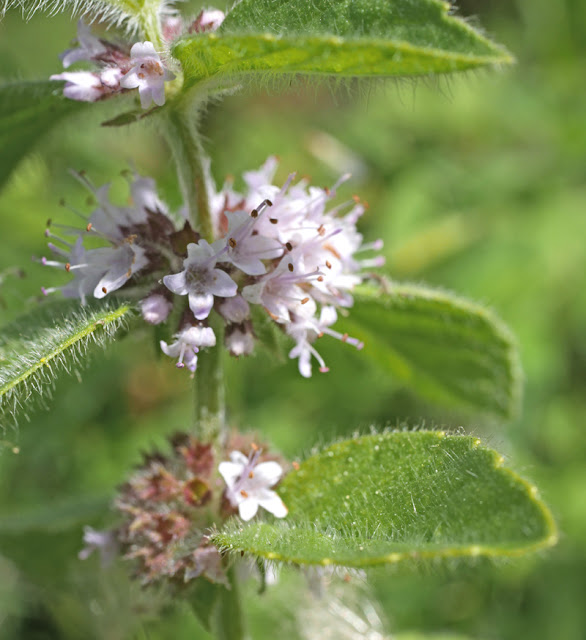 That wasn't the only surprise here, nearby was another rare plant, Heath Speedwell, it's habitat nicely maintained by local rabbits scuffing up the soil.
Veronica officinalis 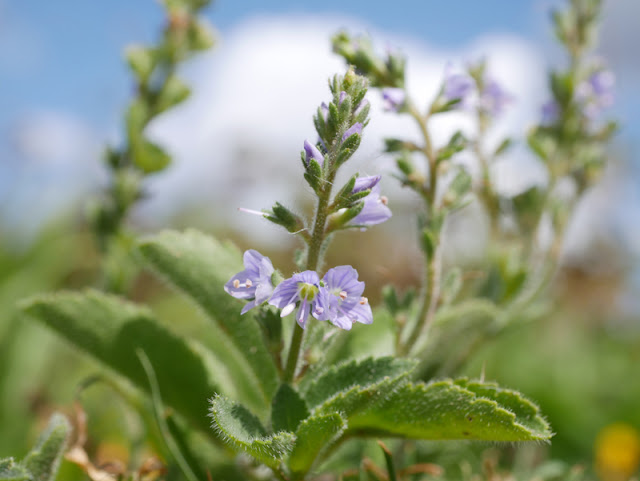 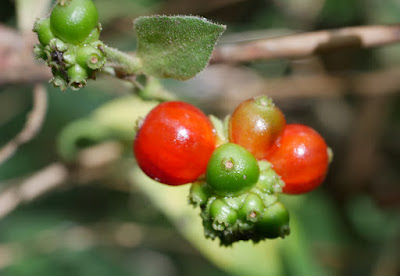 Signs of Autumn were now common, even though Summer was just a day before!

Here are the fruits of Honeysuckle.
Lonicera periclymenum 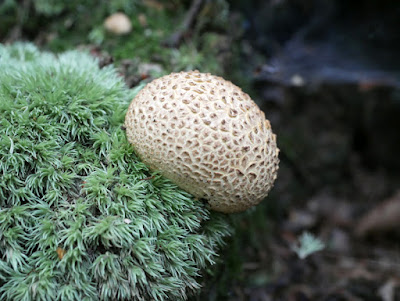 The first Earthball fungi had appeared in the damp places under trees. 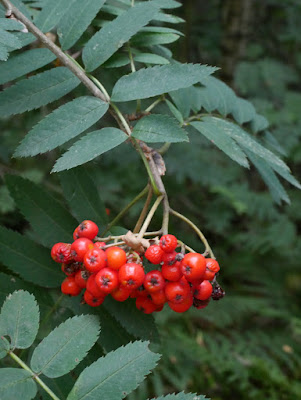 Rowan Trees were in fruit and the birds will soon strip these bare and spread the fruits around the local area.
Sorbus aucuparia

Then out of the blue trumpeted forth a sign of Spring (puns intended), a Bugle offering forth a single bright blue flower. I have seen these in flower in the late Summer and early Autumn before but it's still nice to see them out of season.
Ajuga reptans 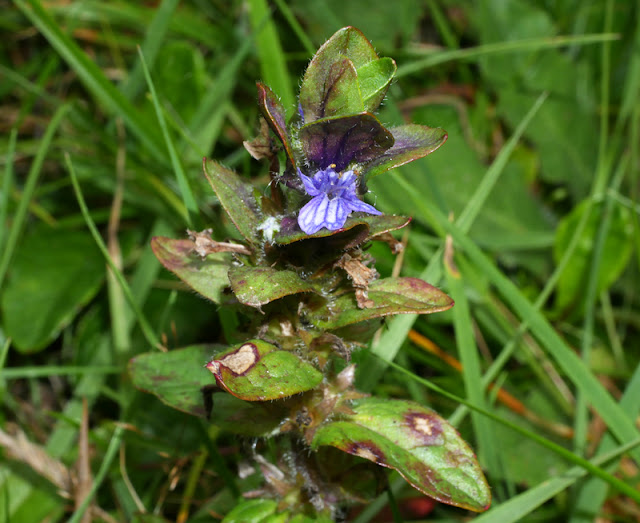 Botanising in a local graveyard I spotted this beautiful headstone showing off the abundant
Hedera helix (Ivy) within the area. 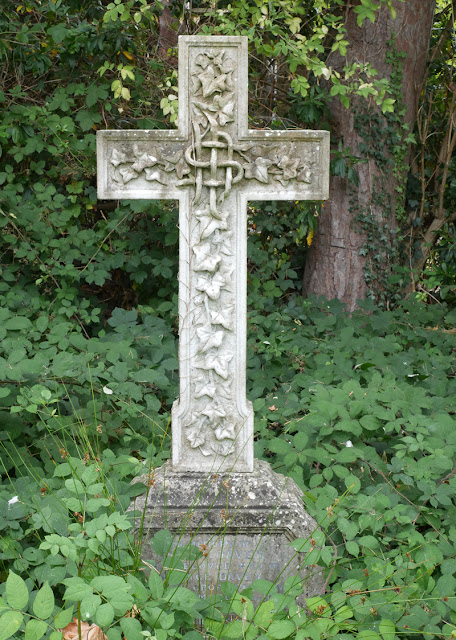 Late Summer is the best time to find Eyebrights, though I have to admit I haven't had the time to study them and work out which species is which. I even bought the BSBI Handbook for them. Perhaps next year I'll work some out
Euphrasia agg. 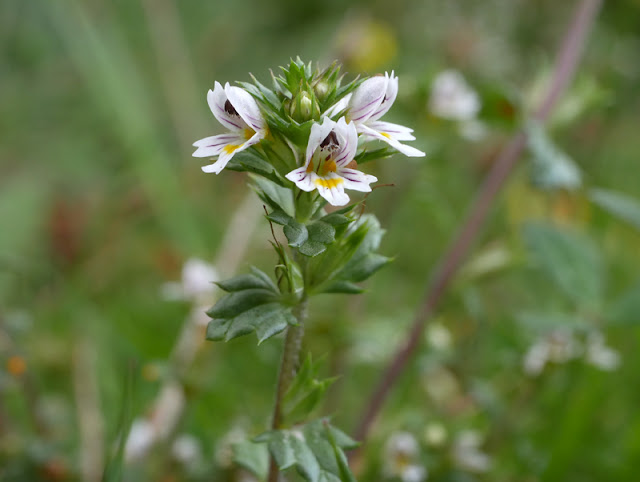 Common Centaury looking fantastic in some turf within a local wood. You can sometimes find them with white petals as well.
Centaurium erythraea 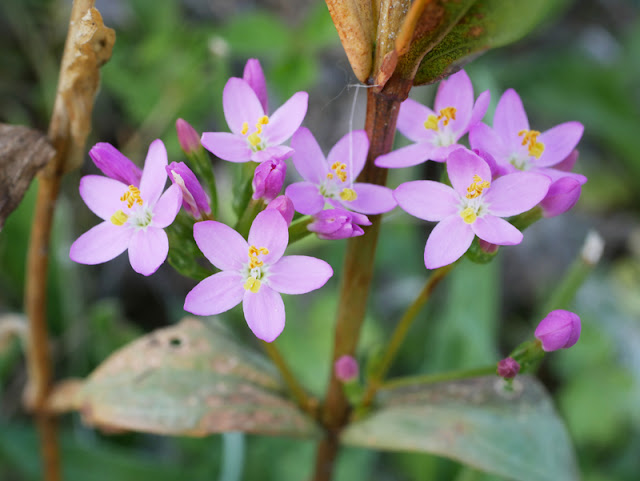 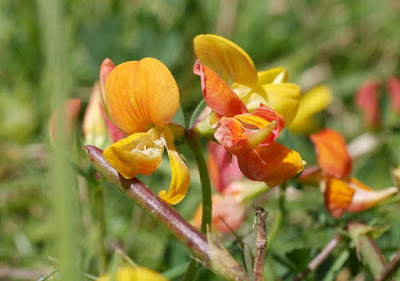 Common Birdsfoot Trefoil often has orange tints that usually turn yellow as the flower matures. These were almost all orange and these colour forms gave rise to nicknames such as bacon and eggs, or rhubarb and custard.

In wet areas within the woods you can often find mats of these tiny plants, with even tinier flowers. 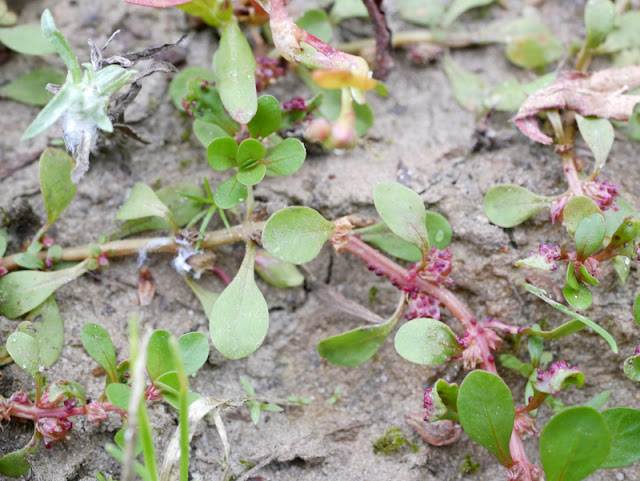 They are Water Purslane, and as the name suggests I find them in damp areas or dried up ponds.
Lythrum portula 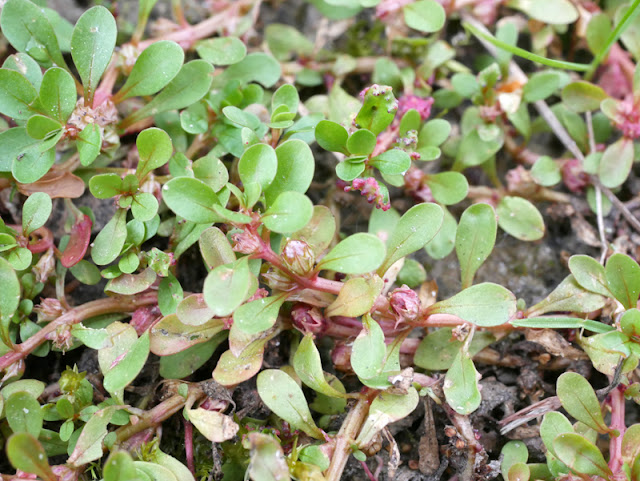 In this photo below are two Kent RPR species - Heather and Goldenrod. Both seem relatively common, but in fact they are declining so fast, they may become endangered in some areas in the next 20 years.
Calluna vulgaris and Solidago virgaurea 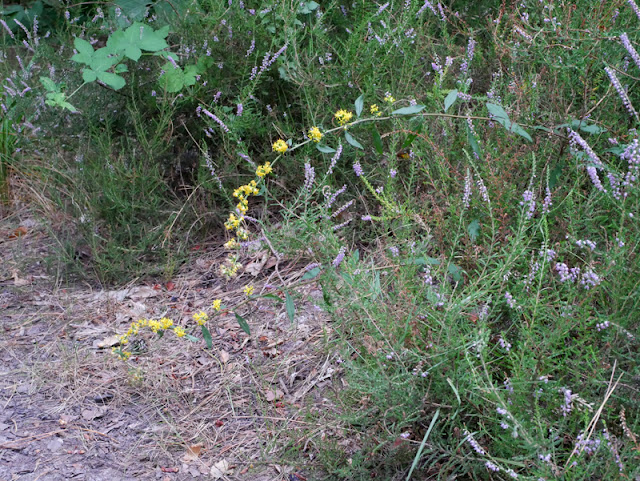 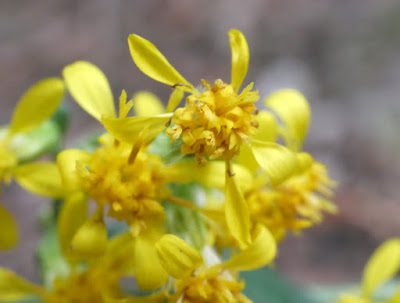 And I'll leave you with a close up of the Goldenrod flowers, a tatty but bright looking flower.