This quarry has been out of bounds to the general public for many many years. It comprises of a vast disused chalk pit which is slowly being developed for housing. The first phase of housing was now complete and allowed entry to an area previously unreachable.
The plant I really wanted to see was easily found as there were hundreds of them all along a damp area several hundred metres long. Some were still flowering too. 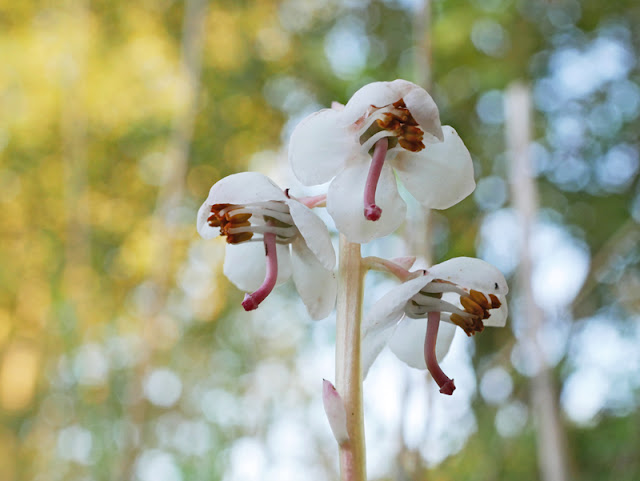 They had previously been found in the nearby Bluewater quarry, although it evaded our search for them when the county recorder and I surveyed it in 2015. As such, I had only previously seen this plant at Newborough Warren on Anglesey. There were many rosettes like this one below, as well as some in flower, many in seed and some in between. 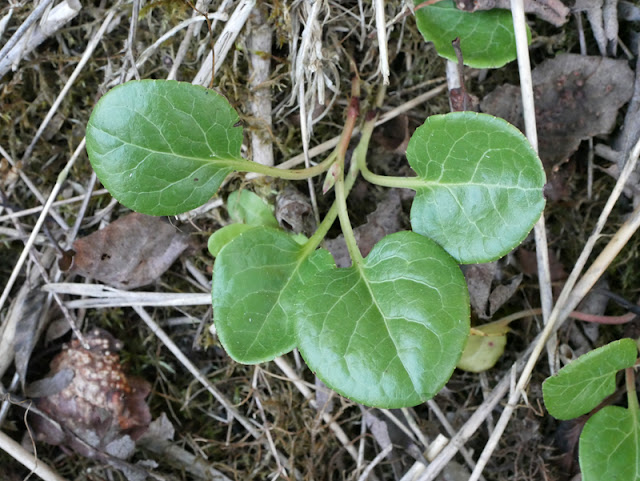 Here are some habitat photos, which also show the (chalk) geology and general habitat for the area. 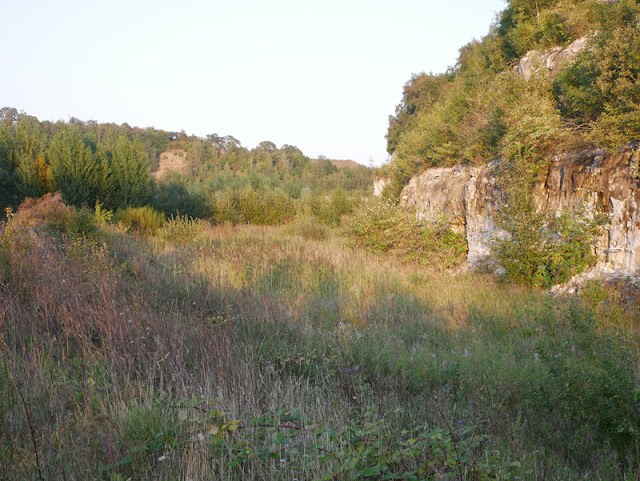 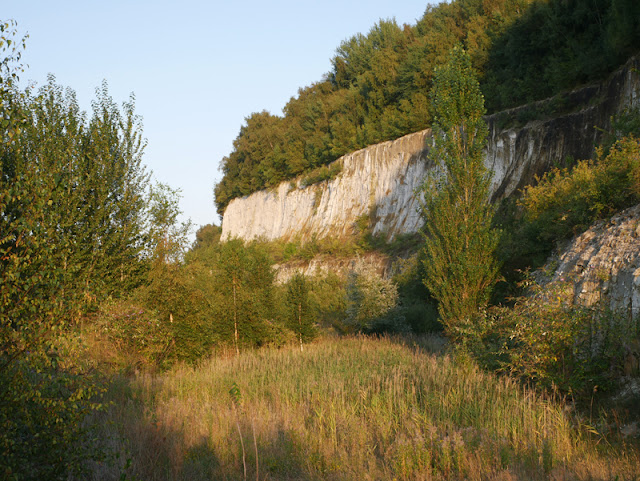 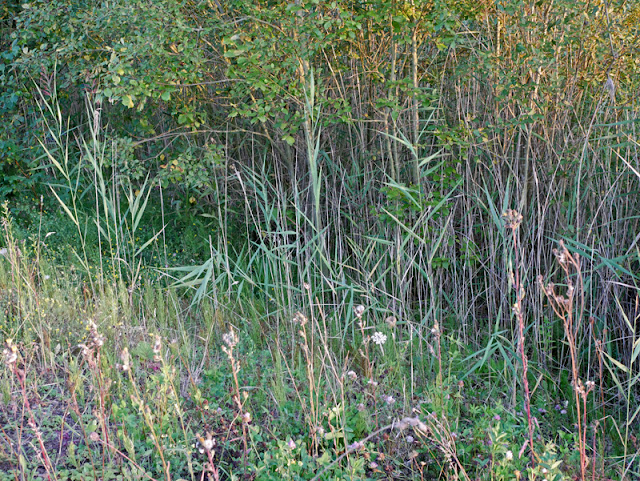 Narrow-leaved Birdsfoot Trefoil was very common in the drier parts of the quarry. I think I've covered these in a recent blog, but they are more upright with fewer flowers and leaves 4x longer than wide, compared to Common Birdsfoot Trefoil. 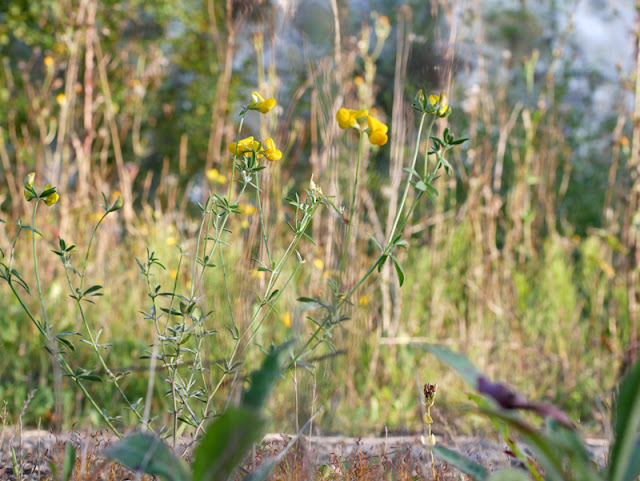 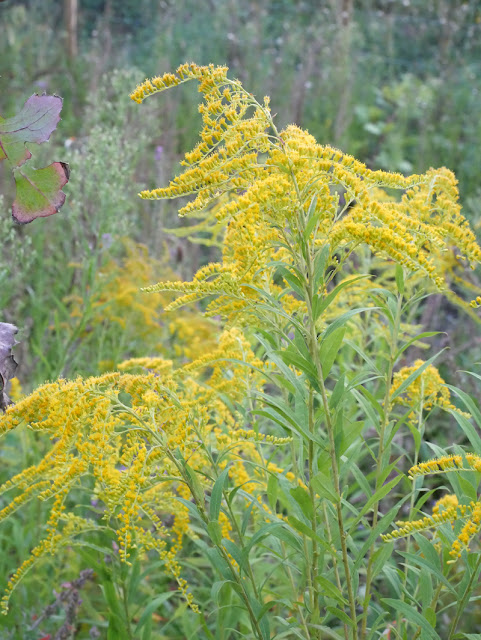 A large stand of Early Goldenrod splashed some colour to the late Summer scene in this quarry. It's not a native plant but widely naturalised in the south east.

Check the leaves for hairs to separate Early from Canadian Goldenrod, the latter being quite hairy - the former being hairless apart from a few on the underside leaf veins as shown below. 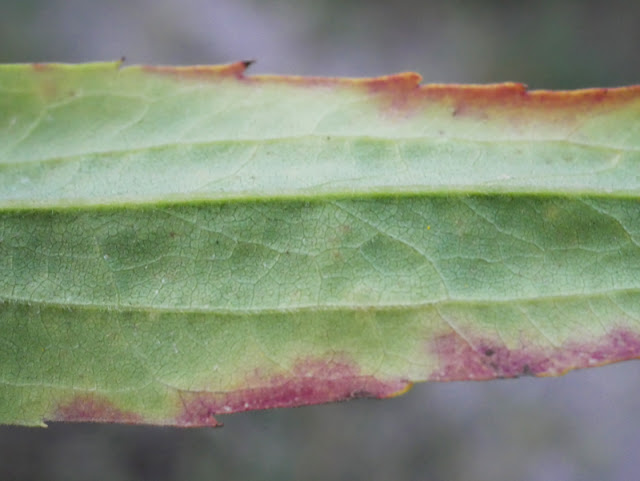 This plant below is the Winter rosette of Yellow-wort and in this form is easily mistaken for a Bee Orchid rosette. I was surprised to find this in late Summer, especially when several nearby were still in flower or seed. 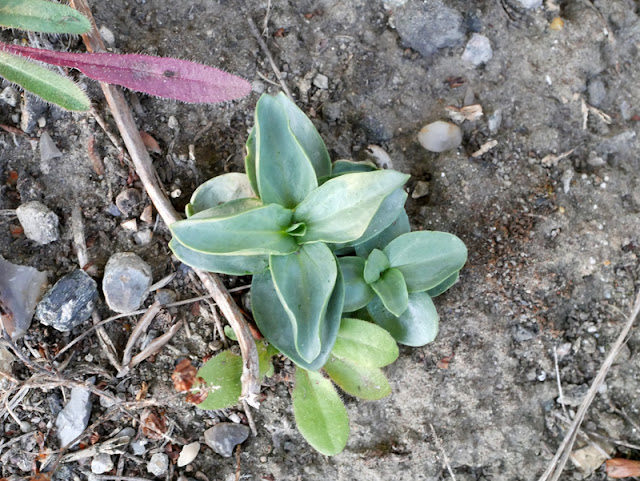 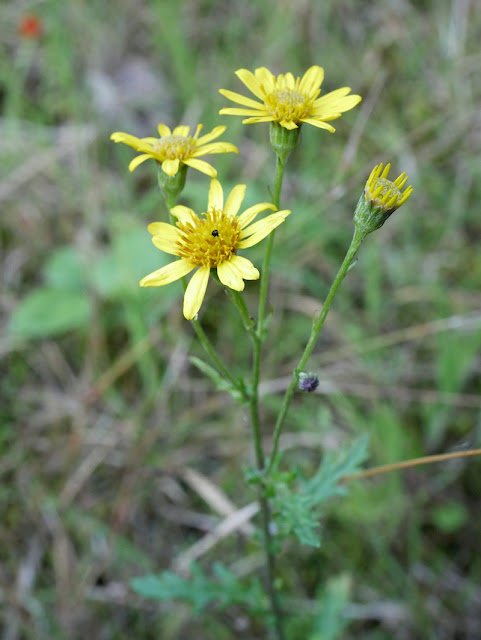 There are several types of Ragwort that may all be in flower at the same time. The prevalent one now is Hoary Ragwort, but the leaves show this to be Oxford Ragwort.

Having said that leaves can be highly variable so look carefully at your plant before determining its identity.


The next two photos show Sea Buckthorn, an uncommon plant inland unless planted as amenity planting. Some of these plants were old enough to have become knarled, thick-trunked trees forming an impenetrable barrier due to their prolific spines. A Kent RPR species. 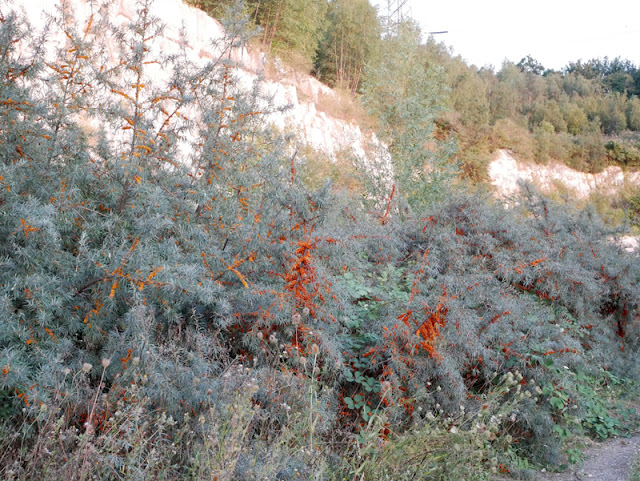 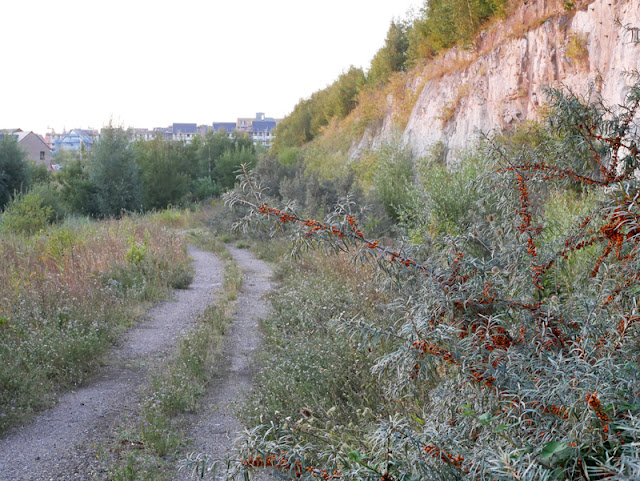 The last few flowers of Rosebay Willowherb added splashes of colour amongst the reedbeds. 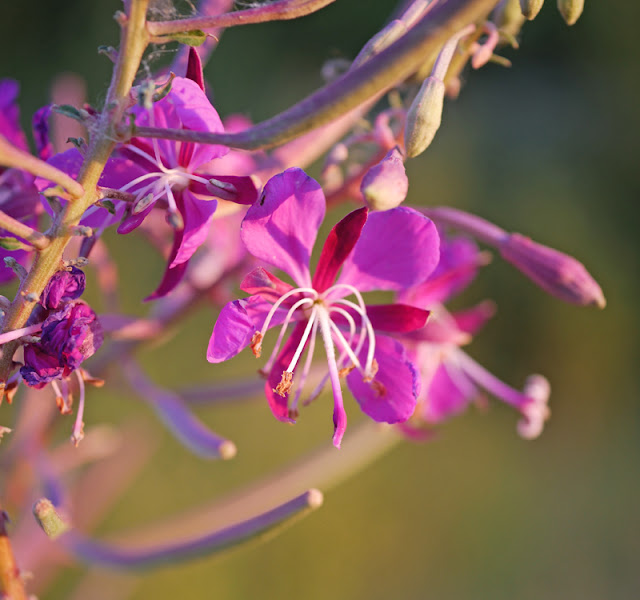 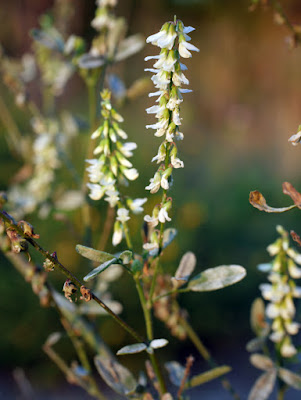 White Melilot is a common plant of waste spaces in north Kent and here was a large plant growing right out of the middle of the path. I have previously seen them as tall as six feet in places. 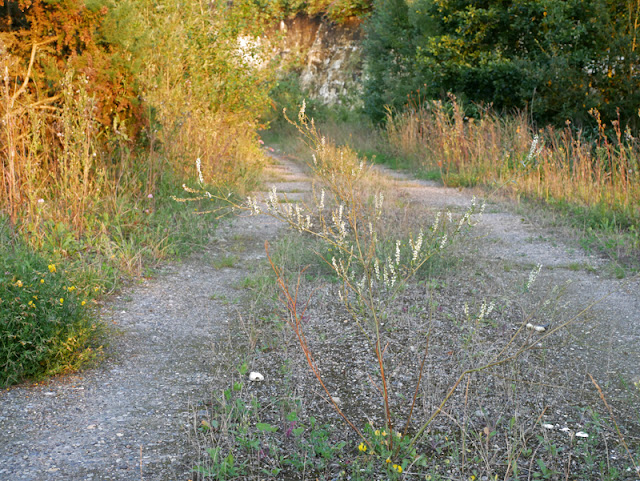 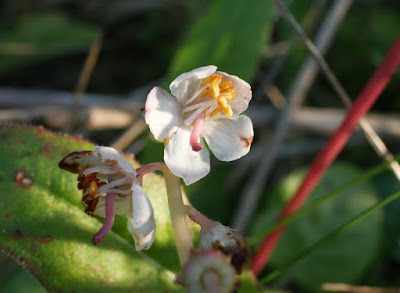 That was it for this trip, so I'll leave you with a few more photos of the round-leaved Wintergreen, a rare plant in Kent. 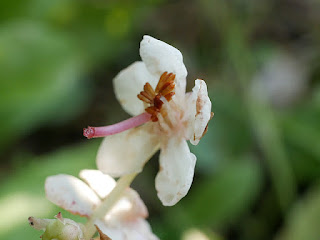 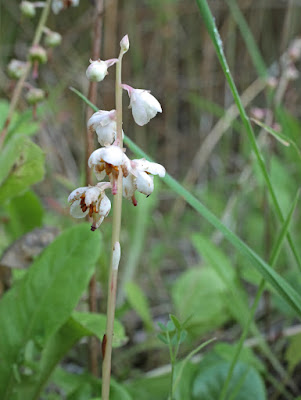