Many months ago I met a lovely lady at a boot fair in Peasmarsh, East Sussex. She told me she had little white spiral flowers in her lawn in August last year and wondered if they were orchids. I then arranged to come and see her around that time as it was obvious from her description that these were mot likely Autumn Ladies Tresses, a small but beautiful wild orchid and there were  no records for that species here or nearby. 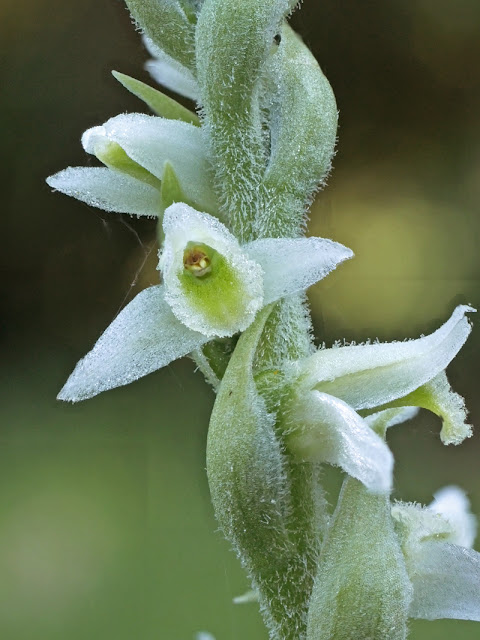 Sure enough, on my visit to her house lawn, I recorded 9 spikes of Autumn Ladies Tresses. 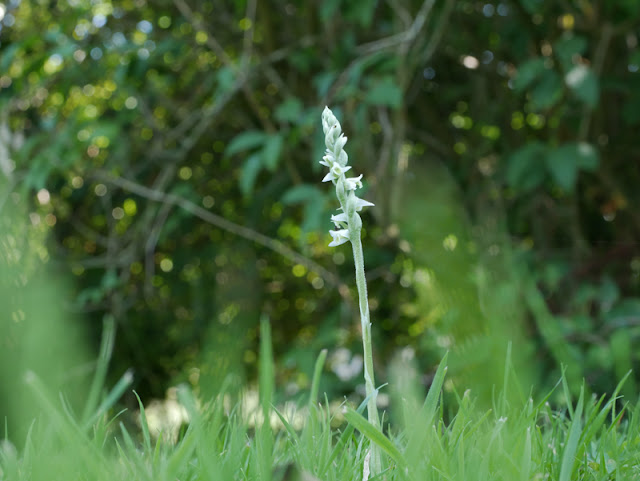 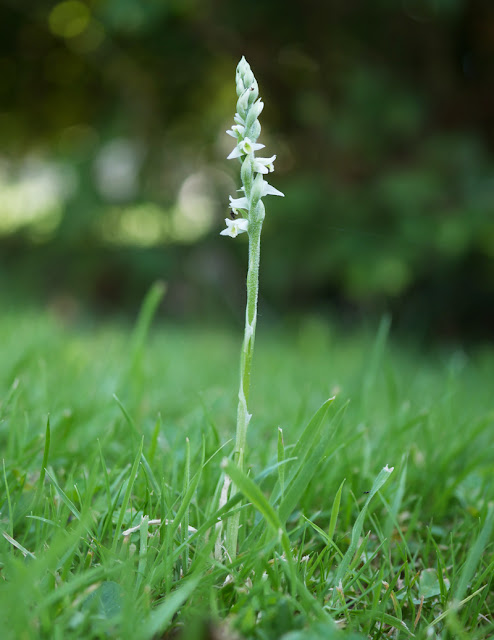 
These only became known to the householder as a couple of years ago she paused a normally strict mowing regime and two spikes popped up that year.

Two years later and by refraining from mowing in late July, she now had 9 spikes on her lawn. I see no reason why the numbers won't continue to rise year on year.

I wonder how many other lawns have surprises in them like these, just waiting for the right conditions to emerge?

They're little stunners and the last wild orchid to flower in the UK. 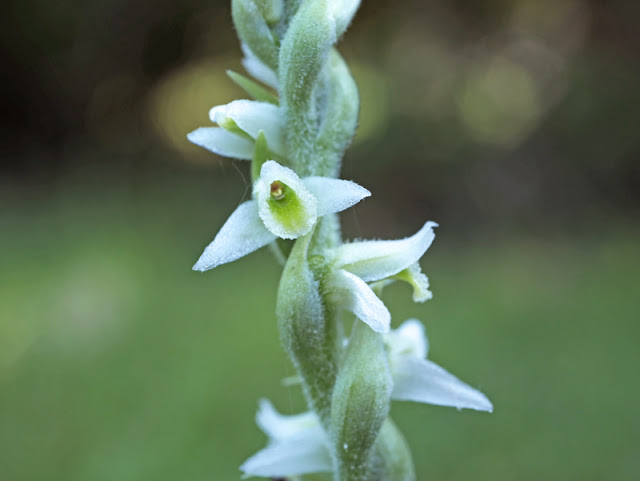 I took the opportunity to record the flora in the vicinity of this lady's house as records were sparse.
I didn't take many photos, but here's some of the wildlife I found. 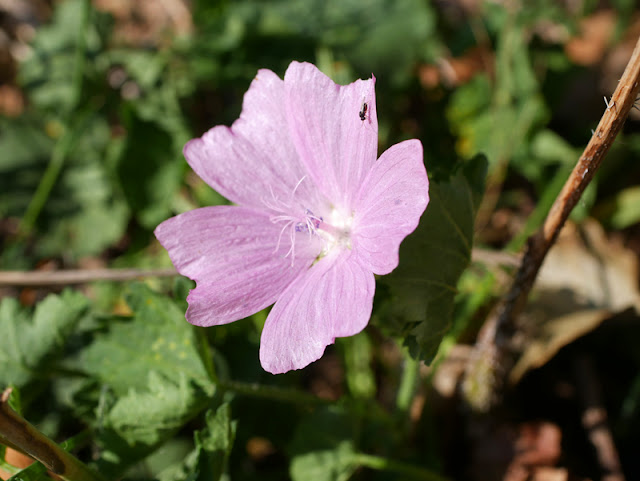 Hops are common in Kent and are found in many hedgerows around the county.
Humulus lupulus 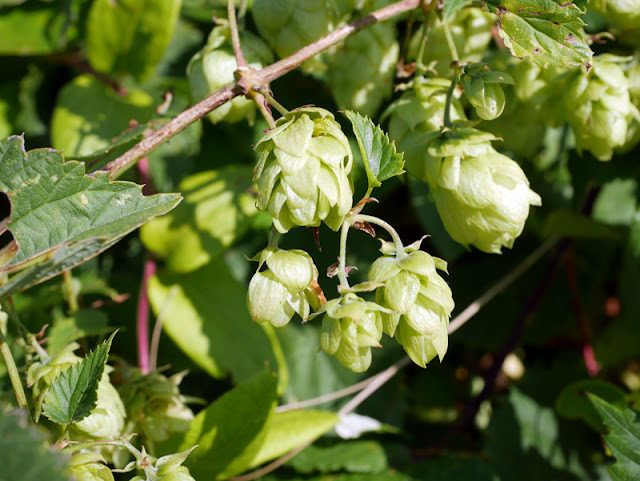 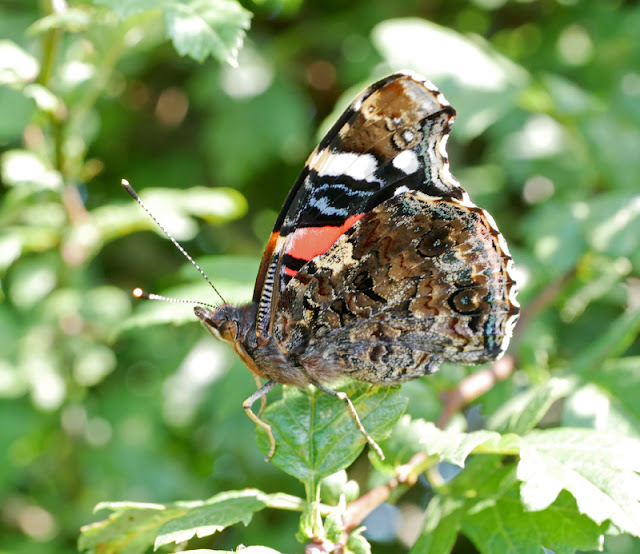 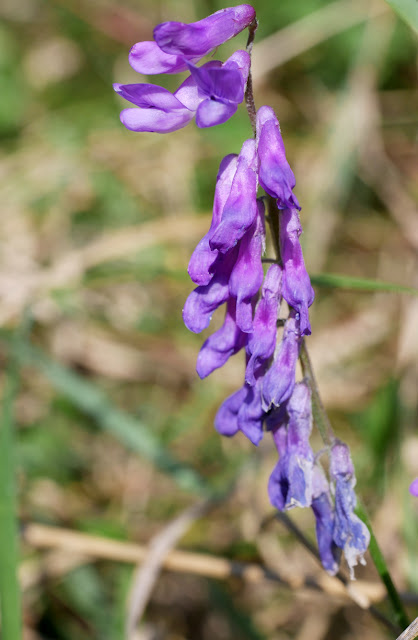 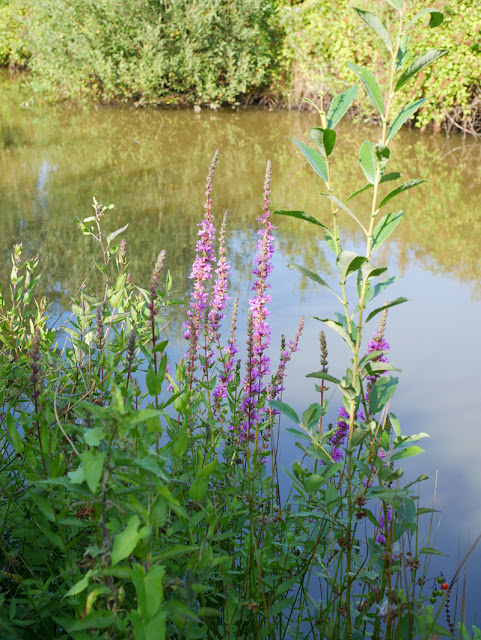 
From here, I drove a short way down to the Romney Marsh to record a couple of under recorded squares. As you can see below, the environment wasn't very inspiring with huge areas under intensive agriculture. This meant the only place with any wildlife whatsoever were the ditches and road verges. Even then, most were either dried out or full of nettles and hogweed from over use of fertilisers. 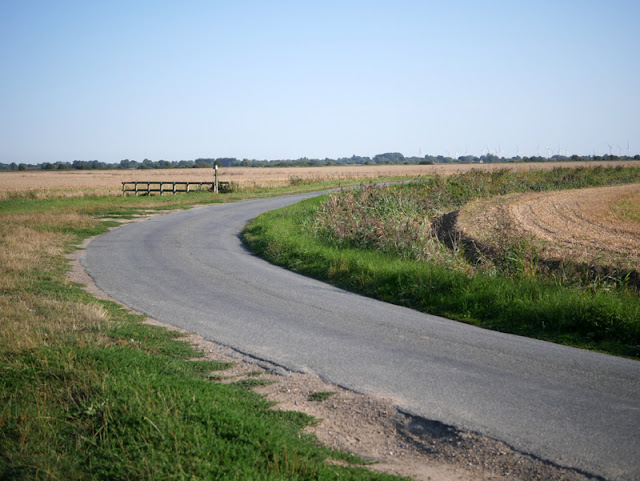 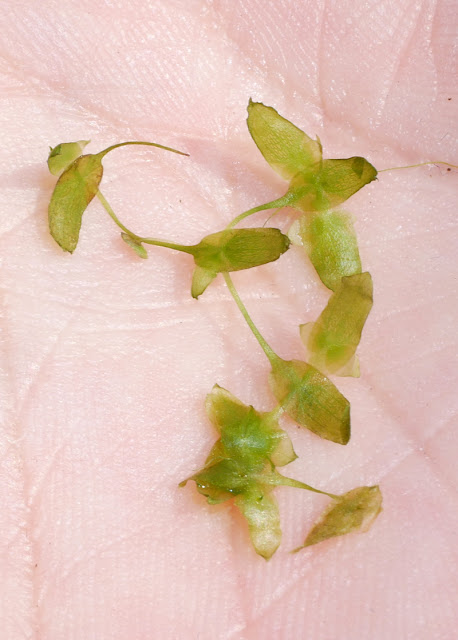 Many of the ditches were empty of water or choked with nettles, however, in one I did find some pondweeds including this Ivy Leaved Duckweed.


In the 1980s a ditch survey here found over 20 pondweeds but only a few were found now, due to over extraction of water and agricultural overuse of fertilisers.

Botanical recording over many years shows up what is happening in a particular area and mostly it's bad news as species decline all over the county for a variety of reasons.

And then I found this plant below!
I think it's pretty obvious what it was as you see the leaves of this plant on tobacco tins; T shirts and on other merchandise such as bongs, but I bruised a leaf just to make sure. 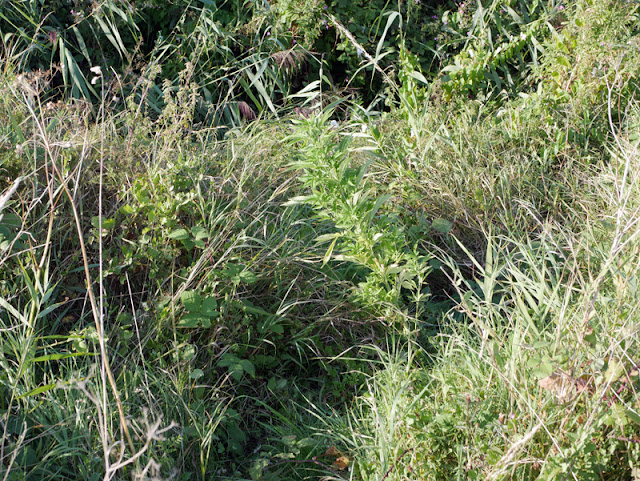 The smell  confirmed it was cannabis!

I had a large amount of enquiries as to where I found it, I don't know why! It may still be growing there as I didn't tell.
Please note that if you picked a leaf or two or took the whole plant you would be committing an offence under the Misuse of Drugs Act. 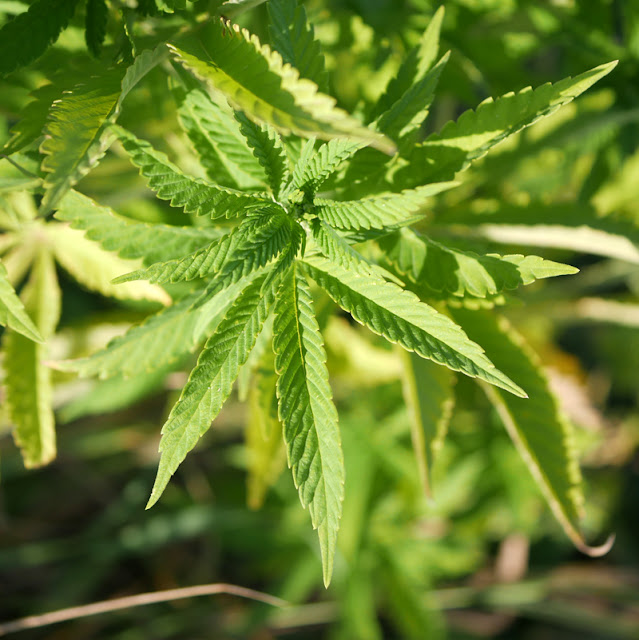 Just a short blog this time, but as usual there was always something of interest.