- May 01, 2020
What a horrible year this has become. I think we all saw the signs of impending disaster of Covid-19 coming out of China and then Italy and it finally hit us severely around the end of March when we got locked down. This trip was one of my first of the year and also the last before restrictions on movement were imposed by the Government to slow the spread of the virus.

I hope the photos will bring some cheer. I'll keep the writing brief as I'm on a computer all day working from home now, so it's difficult to get motivated to go again on another computer! 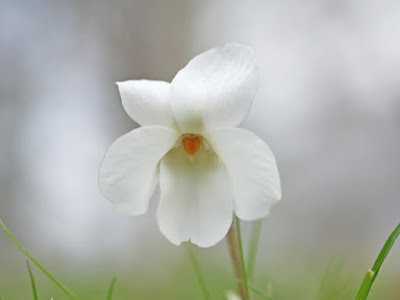 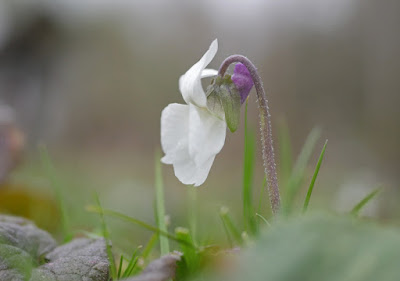 I have the BSBI Viola handbook to spot all the differences and variants within Violas, but if you don't have the book, have a look at this blog which details the differences in an easy to understand way with photos.

Close to the white form were the usual colour Sweet Violets. As yet I hasn't left the car park! 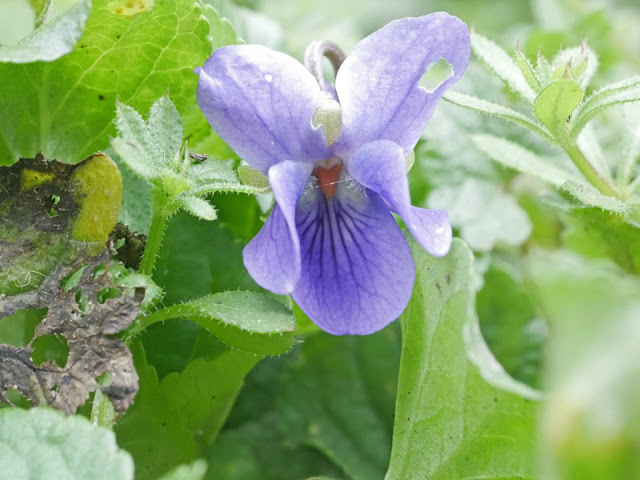 Speedwells are one of my favourite plant groups, I have no idea why, but early Spring is a great time to look for these, Ivy-leaved Speedwells. There are two subspecies, one with blue pollen and fatter leaves called Ssp hederifolia and this one below, Ssp lucorum with tiny white/violet flowers with cream pollen and smaller leaves too. The latter tends to be found nearly always in heavy shade.
Both are very hairy! 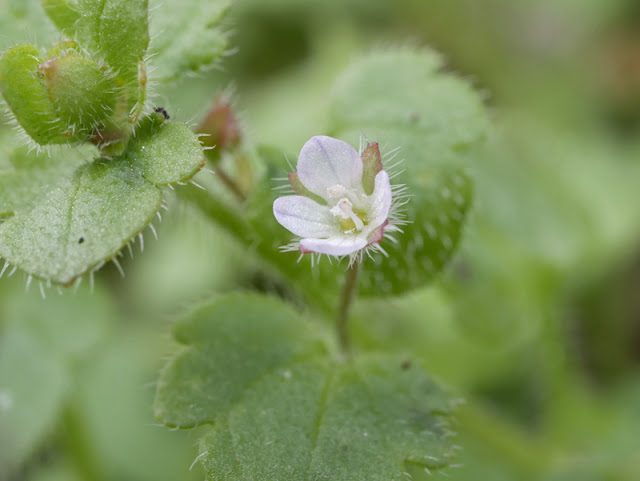 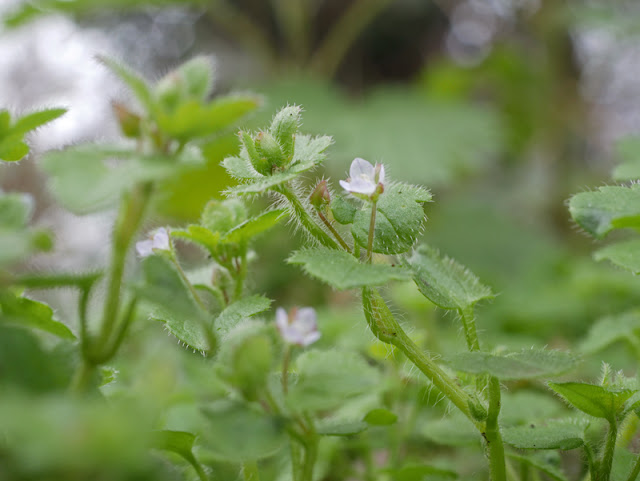 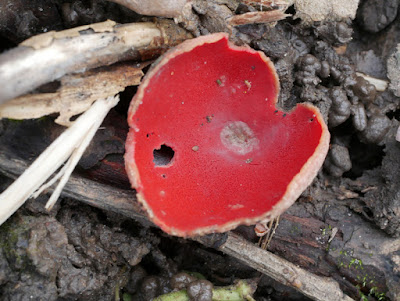 There were still some Scarlet Elf Cups dotted around, mostly growing on decaying Silver Birch branches in the leafy compost.
February os a great time to see these here when at their best.


Wood forget-me-not was out in force with their relatively large flowers meaning it can only be that species. Be wary when closer to gardens though as there is a form of Field FMN that has larger flowers sown in gardens that readily escapes. Study the hairs on the whole plant to unlock this family of attractive plants. 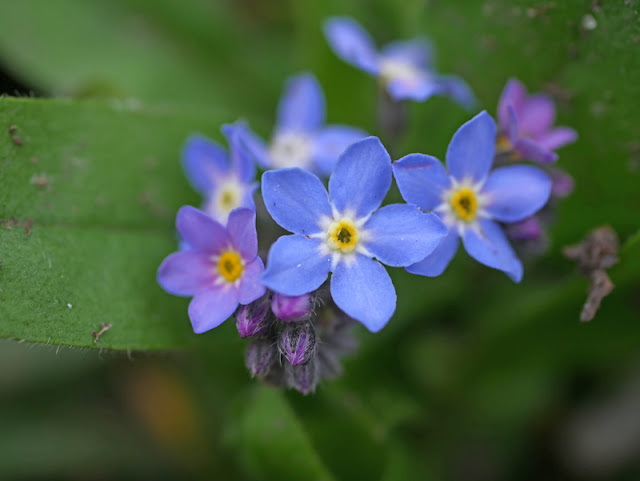 Lesser Celandines have been in flower sine late December onwards and will continue until early May, but they are at their best in late Marsh as shown here. A bright, cheery flower that open up wide on a sunny Spring day. 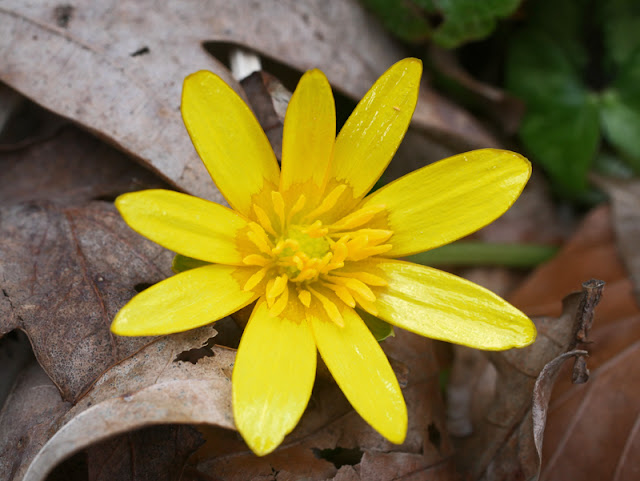 From now onwards, you should be able to determine the subspecies by looking for bubils in the leaf axils. Have a look, if you find them they are Subspecies verna. 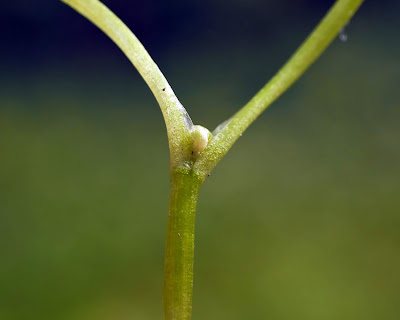 In Spring, the trees are worth a look if you want to see them flowering. This tree's flowers are from the Alder, a lover of lakesides and river banks as found here. 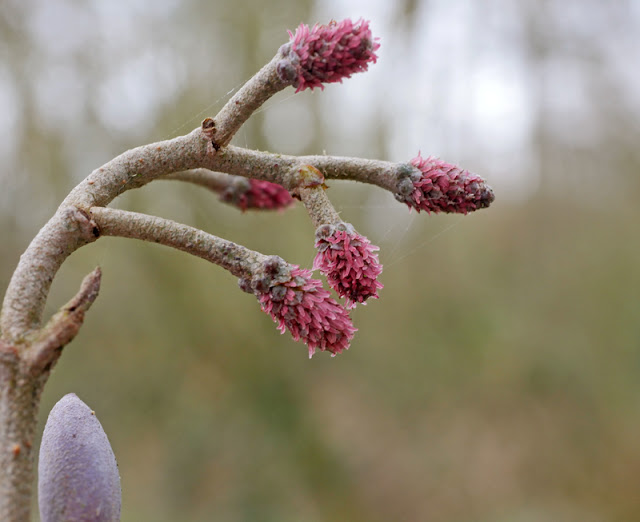 As Spring bursts forth, one appreciates the beauty of even the commonest wildflowers, all starting to look their best after sporadic Winter flowering ravaged by frost. 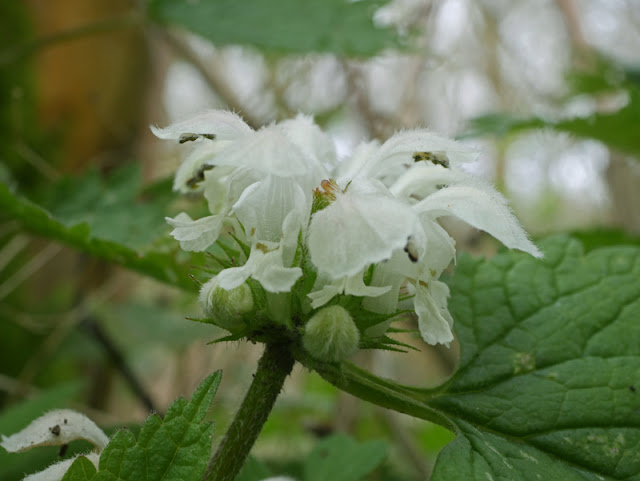 The "Pretty Thug" was also in flower, the (Ever) Green Alkanet. Its bright blue flowers makes everyone wonder why its callled green and not blue Alkanet. Apparently the old common name was Evergreen Alkanet which is a name I think we should return to. Frosts don't seem to kill it and it spreads from gardens into the wild pretty much all over the SE of England. 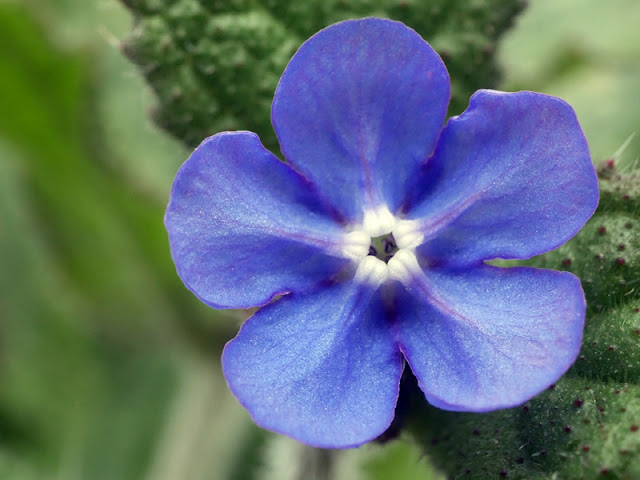 Blackthorns were in fine flower (now gone to seed as I write) always a joy to see along the lane hedgerows of Kent. This one has the added bonus of a red ant's behind poking out of the flower. Of course, my eyes are too poor nowadays to see that in the field, but easy to see on the finished photo. An added surprise when I got home to view them. 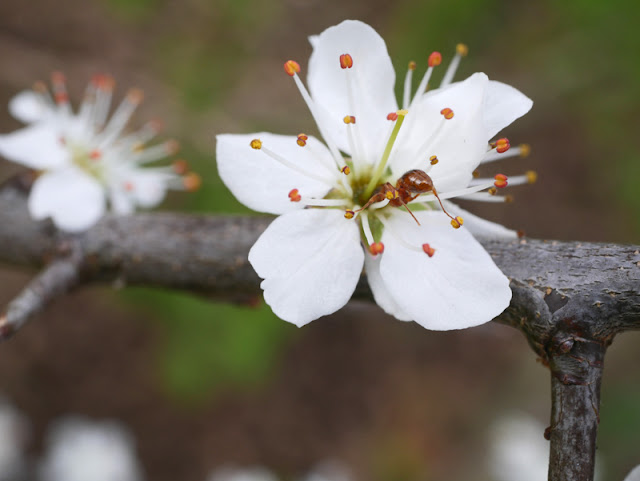 Willows too has put out their catkins of pollen, perfectly designed to make humans sneeze if you distrub them or if it is windy. This is almost ccertainly Salix caprea, Goat Willow, but Willows are so prone to hybridising, I'd prefer a eaf or two to make sure of its identity rather than jut a catkin. 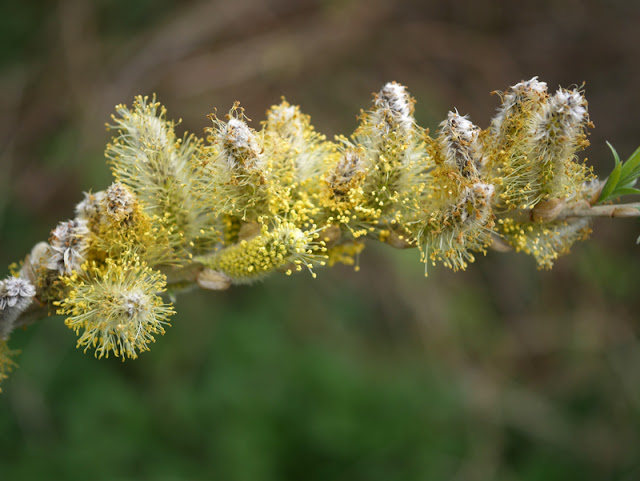 In late December I saw Primroses in the wild comong into flower. I am writing this on 1st May and I saw more today still flowering A delightful cosy plant that cheers up Winter days as well as those in the Spring. 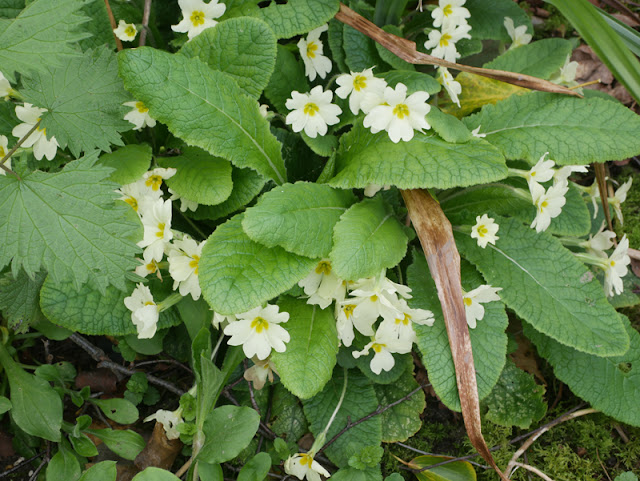 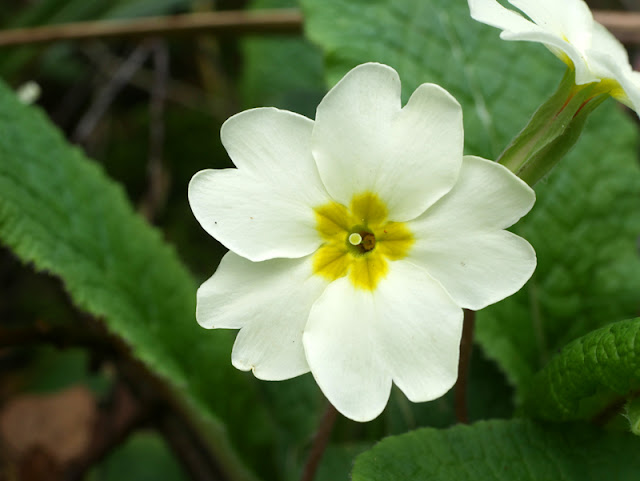 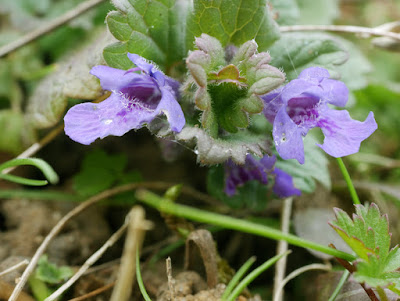 The first Ground-Ivy were now coming out to play, within a week or so, parts of the ground will turn purple with them. 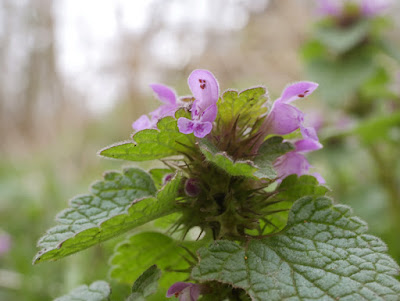 Finally, another favourite, the Red Dead Nettle, another plant that gives us floral delight for much of the year.

That's it for the first blog of the year. Future walks have to be considered exercise otherwise it would be illegal to leave the house. Thus I will also not have a camera with me and will use my phone should I find anything of interest. However and wherever you go for a walk, there is always something to see to refresh the soul and lit the spirit. Clear one's mind of doom and gloom and fill it with the scent of Bluebells or the sight of out wonderful orchids coming into bloom very soon.