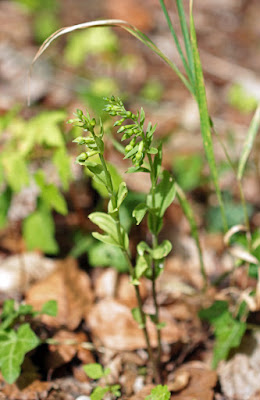 We visited 3 venues this day:
The A225 Roadside Nature Reserve near Eynsford
Lullingstone Country Park, and:
Dry Hill Nature Reserve
All in the Sevenoaks area.


This is the only site I know for Green-flowered Helleborines in Kent. They are a wild orchid but most unimpressive, as this variant has flowers that self pollinate and never open. They're right by the A225 near Eynsford on the verge. 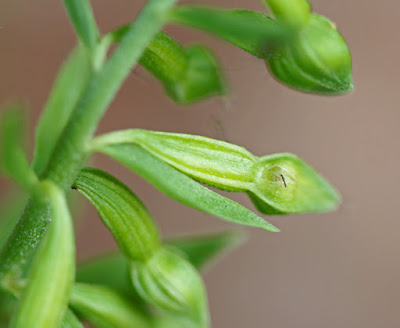 This is all you see of most flowers, they just don't open. I have known people prise open the sepals to get a photo but it's not something I would do. If this is its natural state then that's how it gets photographed. 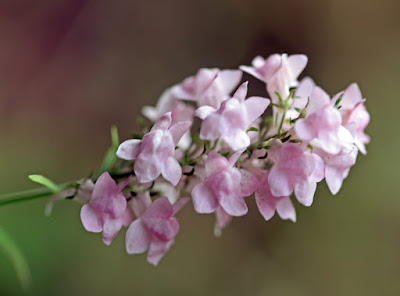 Much of this part of the RNR is heavily overgrown with trees but this Purple Toadflax got around that by growing out from them at 45 degrees towards the light. What's more, it was a pink variant. 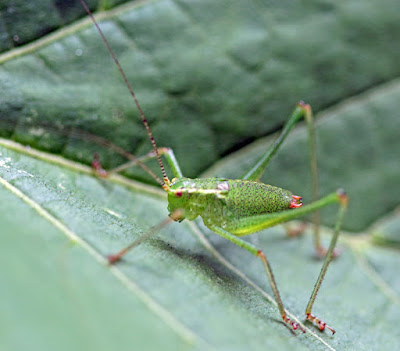 That was it for flowers here. Further along the road in May were hundreds of Man Orchids, but they'd be in seed now.

I spotted this Speckled Bush Cricket on a tree leaf. Hard to photograph as every car that went by waved the leaf about in its wake. 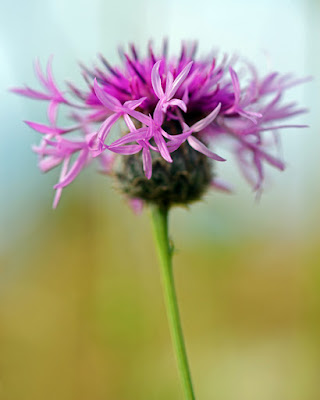 Close by was Lullingstone CP which incorporates a golf course. There's a chalk bank on the golf course full of wildflowers and orchids in the right season. 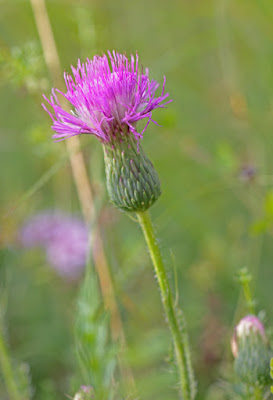 Dwarf Thistle flowers were very numerous. These are the ones you get pricked by when you sit on what looks like short grass. They're usually no more than a few inches tall. 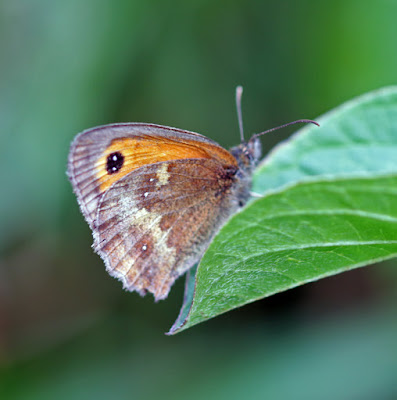 Butterflies are numerous here. I could only photograph this Gatekeeper, but in season there are hundreds of Dark Green Frittillaries here as well. I did spot one but couldn't get a photo. There were also lots of Marbled Whites and other butterflies about.


There are numerous flowers open wherever I go, but of course, I don't photograph everything, everytime. I do like to take some multiple flower scene shots if I spot a chance to do so, like here. I can spot 3 species of flowers here. 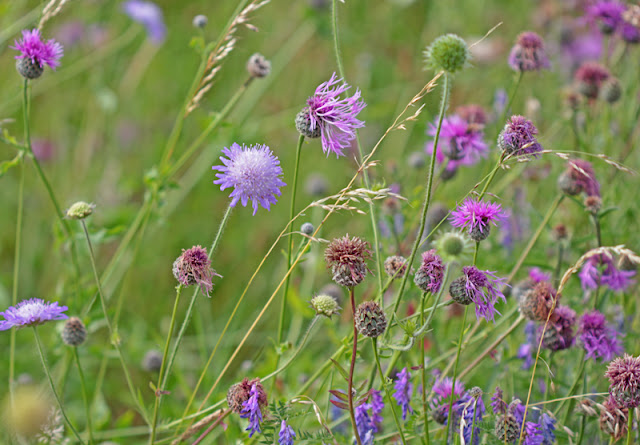 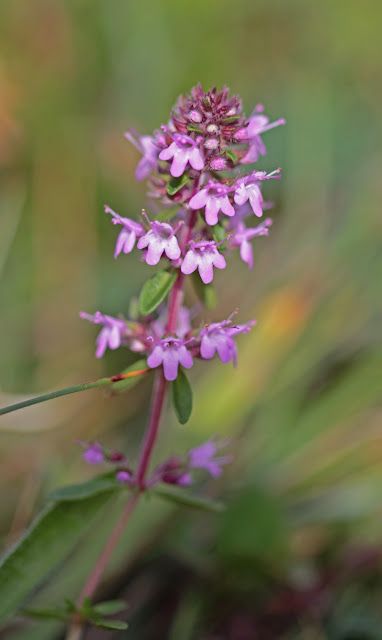 This is Large Thyme, which is only 3-6" tall. It's quite similar to Wild Thyme but doesn't form mats and there are differences on the hair arrangements on the stems and so on. 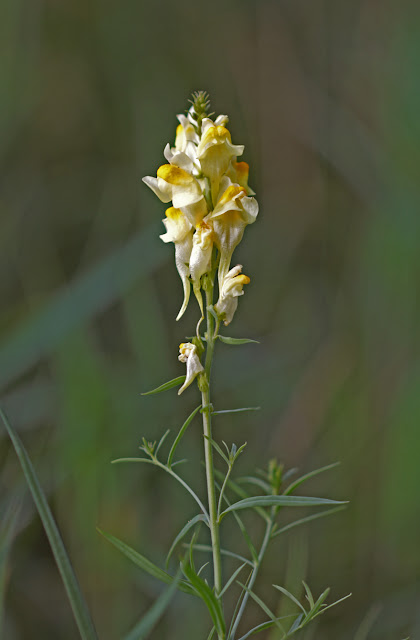 It was nice to find some Common Toadflax after finding the Purple one earlier. Their bright yellow and white flowers with a long spur are very distinctive. 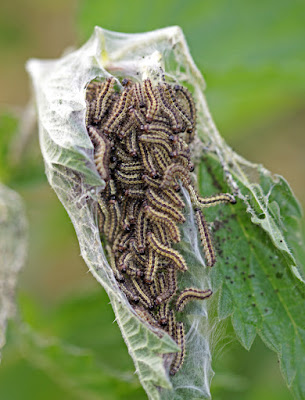 These were an impressive bunch of caterpillars. I was told the species, but unfortunately I have forgotten now!

They're on common Nettles, a vital plant for some butterfly and moth species. 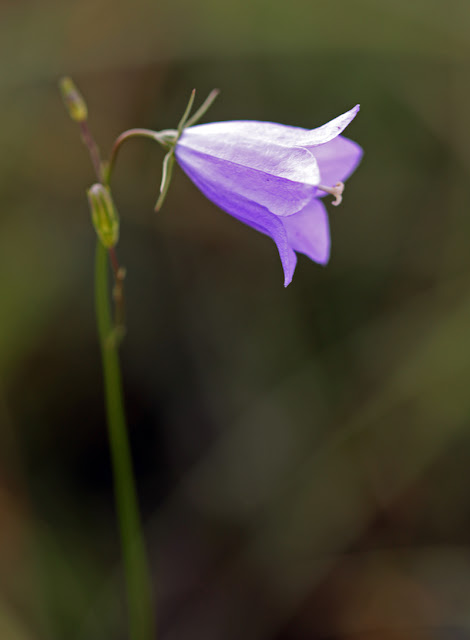 The delicate small Harebells were coming into flower now on the chalk turf.

A declining species, through habitat loss, they are now on the Kent RPR, though common throughout the UK. 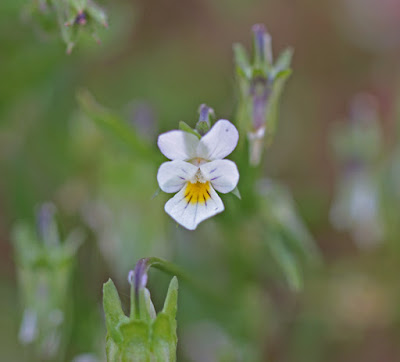 On a field edge on the way back to the car were numerous Field Pansies, always nice to see. Most are very small flowers, but some plants can get big and bushy in the right conditions. However, the flowers rarely exceed an inch tall! 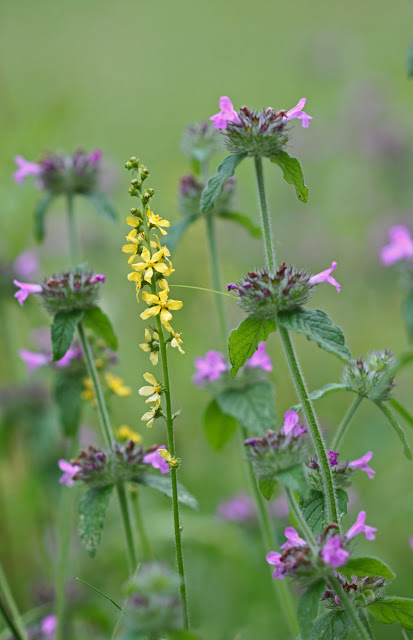 We then drove a short distance to Dry Hill LNR near Sundridge. It's a reliable venue for Broad-leaved Helleborines, but there's plenty of other things to see there as well.

The yellow flower is Agrimony and the lilac ones Wild Basil. 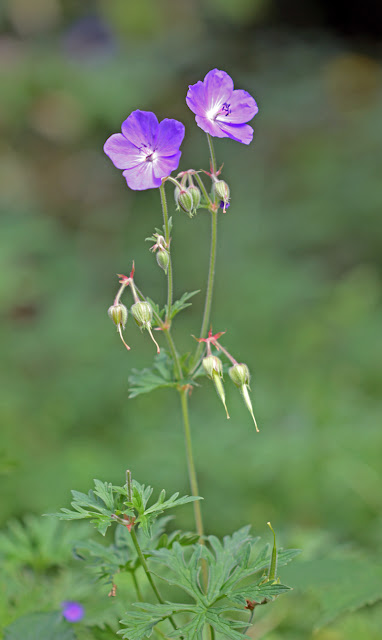 This is one of the few areas in Kent where there is a good display of Meadow Cranesbills, which have much larger almost blue/lilac flowers. They are a native plant but likely to have been planted here in the past.
On a trip to Wales in June I saw miles of them flowering along the roadside through the Cotswolds 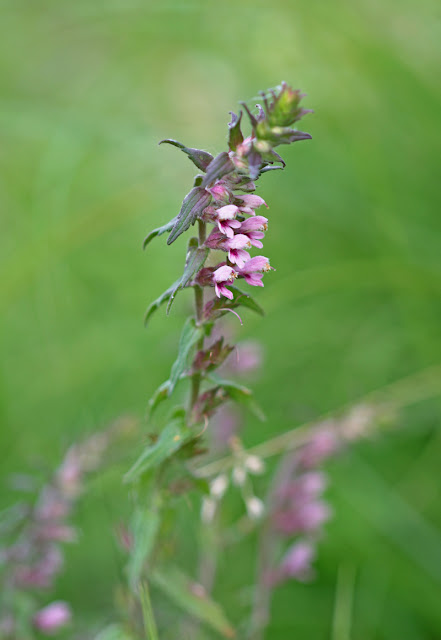 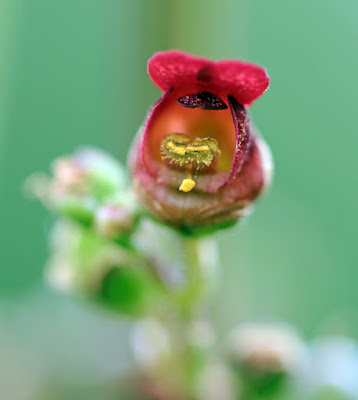 This is the small flower of Common Figwort, the plant of which can be up to  1.5m tall! The flowers are easy to miss being so small, but they are quite intricate as can be seen. They tend to like shady or recently cleared areas.

Also look out for Water Figowrt in Kent, which has similar flowers but different leaves. 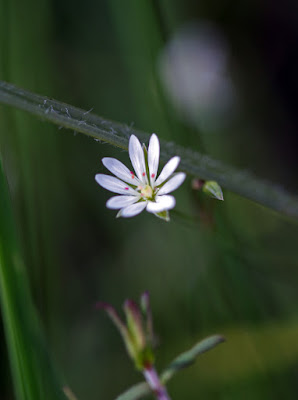 The small but beautiful flowers of Lesser Stitchwort grew through the grasses, looking a bit like Common Chickweed flowers, but bigger! 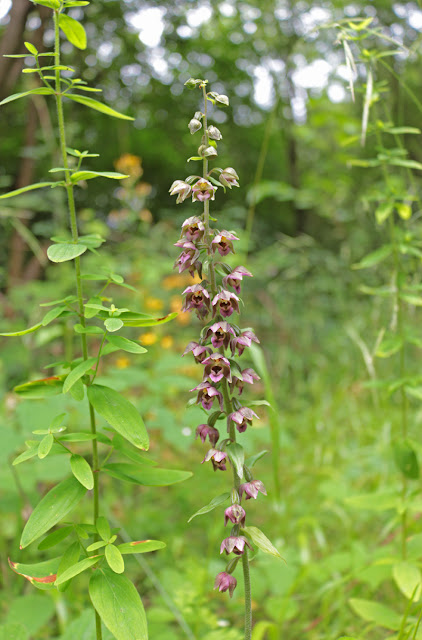 It didn't take long to find the first Broad-leaved Helleborines flowering, there are a lot of them in this small reserve, many close to the path, so easy to find. 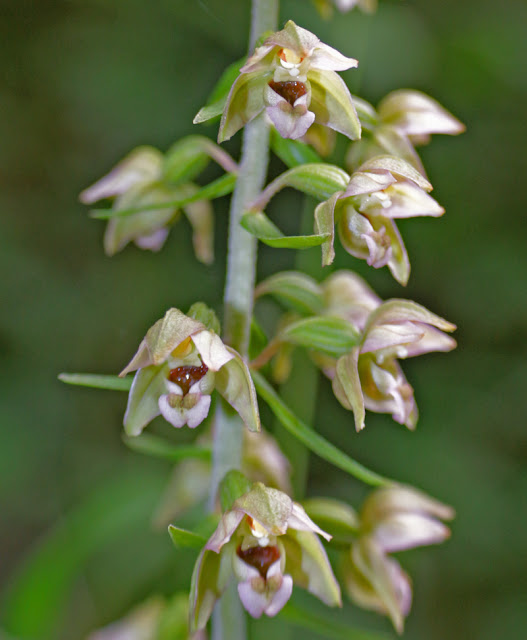 Being such an impressive plant with multiple flowers, I'll treat you to a few photos rather than just the one.

What an amazing orchid, especially when you compare it to its cousin above, the unassuming, rather dull, Green-flowered Helleborine. 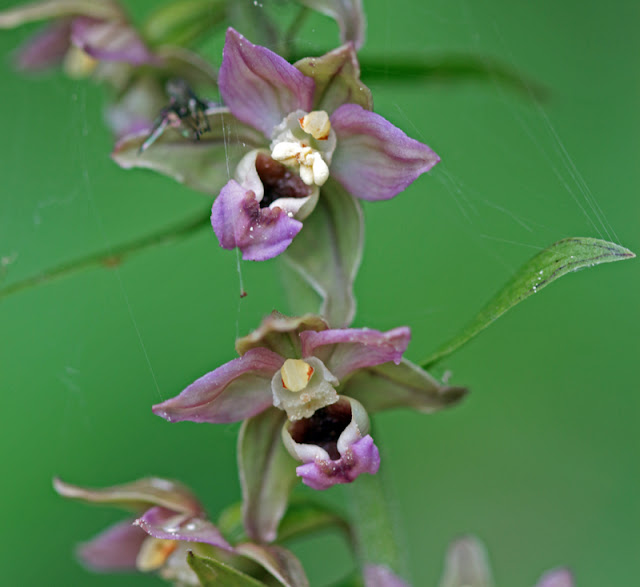 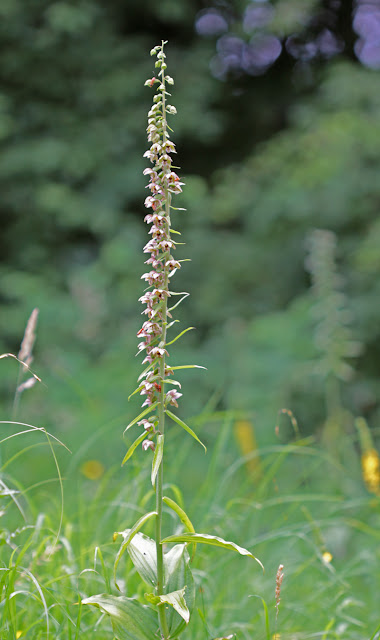 This photo shows the leaves from which this plant gets its common name.


Also out now are the closely related Violet Helleborines, which again are beautiful. However, they tend to only grow in heavy shade, usually under Beech trees making getting good photos very hard to get.

I'm quite a bit behind on my blogs, so keep a look out for new ones as I try to get up to date.