Some late Spring/early Summer flowers are now beginning to overlap, so it has been a very busy week recording as many as I can find in between domestic life and work.
While it's turned cooler, the warm spell  of weather last week has really progressed development of many species and some are flowering up to 2 weeks earlier than usual. A far cry from a month ago, when the first Spring plants were late!

I'll start with a relatively quick but productive visit to Dartford Heath.  There are many rarer wildflowers here at certain times of the year and the purpose of this visit was to find Petty Whin in flower. I'd only seen it in books but it was supposed to look like a spindly sort of Gorse with similar yellow flowers. 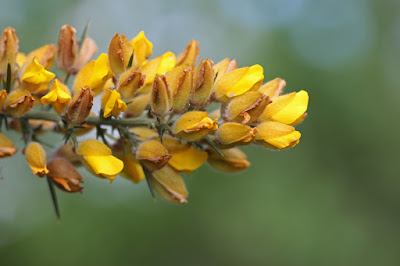 Of course Gorse covers a huge area of the Heath and along with Broom, the place was a sea of yellow pea like flowers. 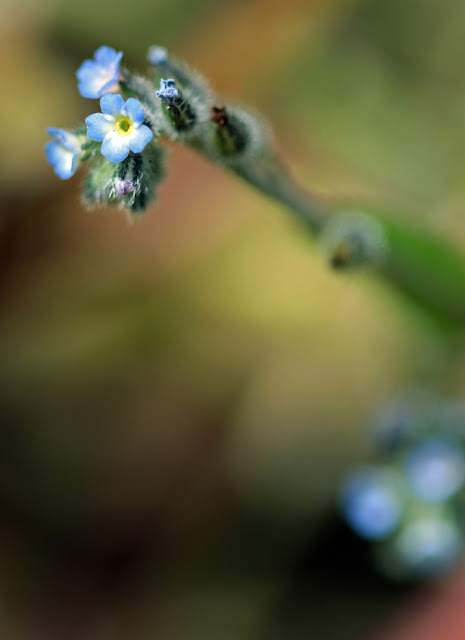 In the short turf areas were some Early Forget -Me-Nots with their miniscule 2-3mm wide flowers. 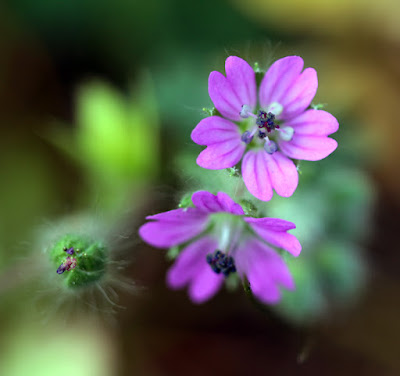 Little pink dots in the grass were these Dovesfoot Cranesbills, very numerous once you first notice them 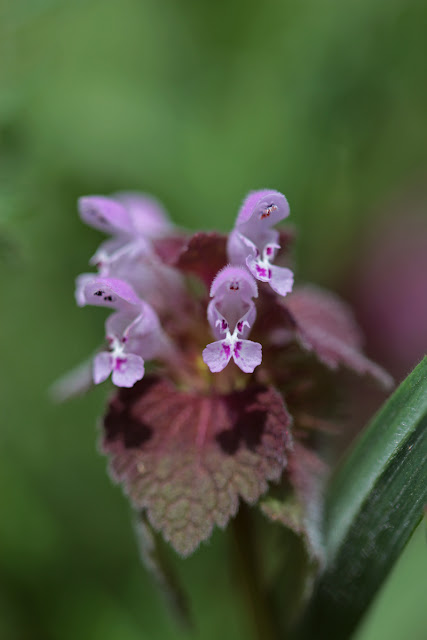 I find the common plants just as intriguing as the rarer ones. They are always great to see.


This is the very common Red Dead-Nettle 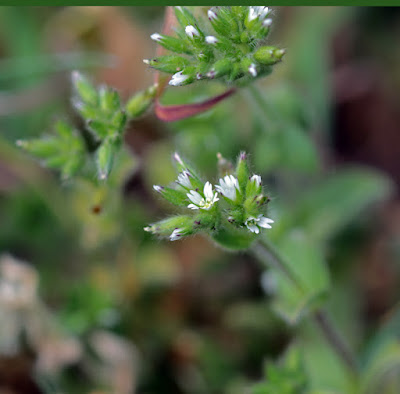 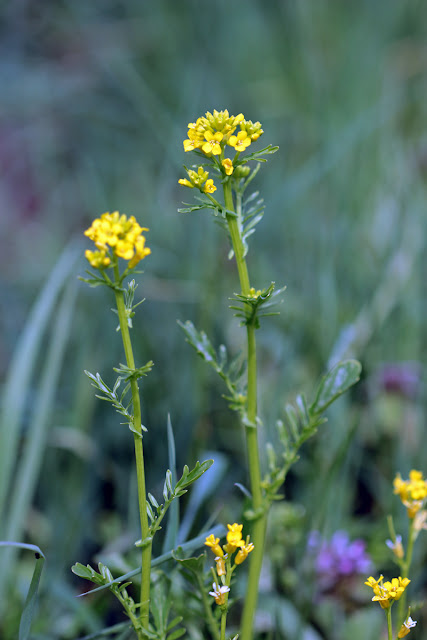 A surprise find was a stand of Medium-flowered Wintercress. Unlike many yellow crucifers, it's the upper stem leaves that identify which Wintercress you are looking at. 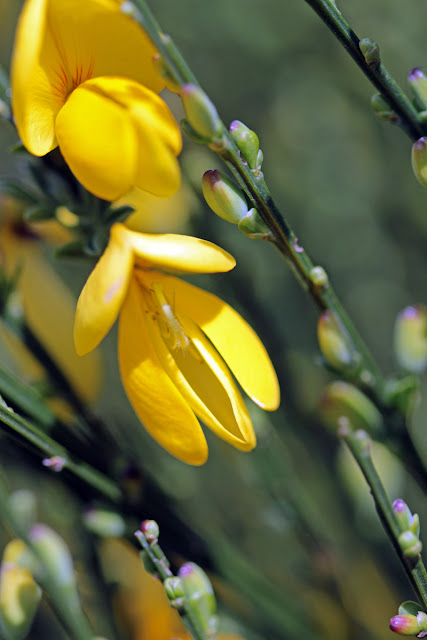 A few Broom plants were now flowering, it's flowers much like Gorse but the plants have no spines. 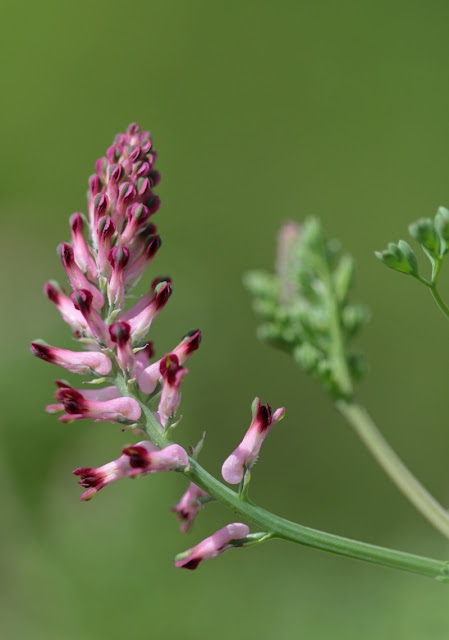 This is Common Fumitory, an arable weed of cultivated fields. However, it can pop up just about anywhere.

I found it here by the road verge.

In the distance I glimpsed a Gorse like plant that was obviously not a Gorse. It was of course, the elusive Petty Whin. 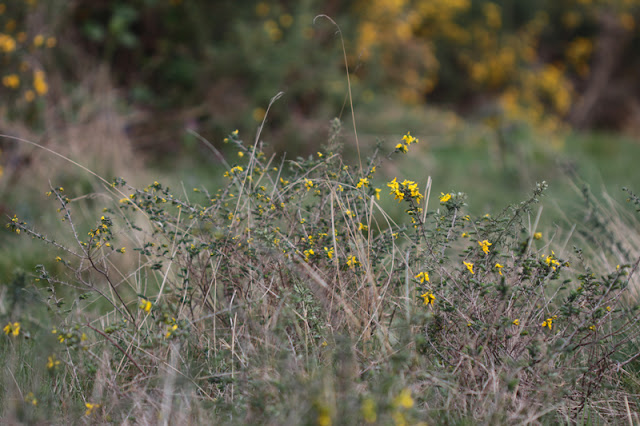 You can see how spindly it is and when you touch its spines, they are weak and bend under your fingers. 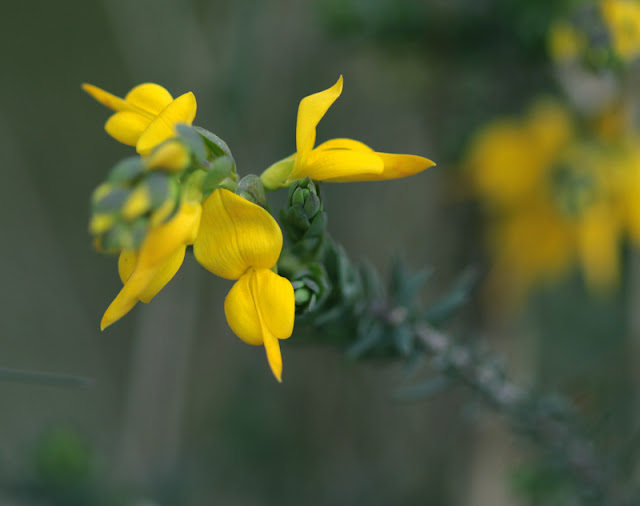 This may well be the last known site for it in Kent, so it is in danger of becoming extinct in the County. Let's hope some is found elsewhere in the County. I know I'll be keeping an eye out for it now I know what it looks like for real and not from a book. 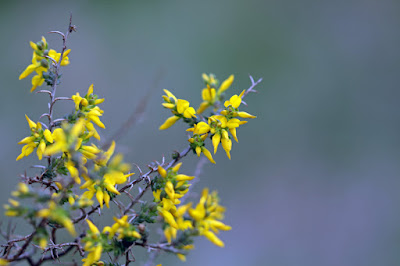 
We were only on the Heath for about an hour and a half and there was much to see.

In the next couple of months there'll be plenty more to see there as well, though mostly the wildflowers are very small.


My next blog will be coming soon, hope you enjoyed reading it and that it inspires you to look at nature perhaps in a slightly different way.