We had a few hours to spare before I had to go to work, so we thought it would be nice to visit a reserve not too far away that we knew had a sea of Bluebells and a few Early Purple Orchids.
Other orchids grow there but they don't flower until May, so the above was all we expected to see.

There's no real car parking just a small area you can get a couple of cars into. As I got out of the car I could see many Wood Anemones had already gone to seed, though many were still flowering well in the wood itself. 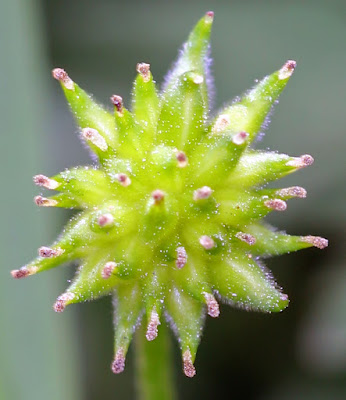 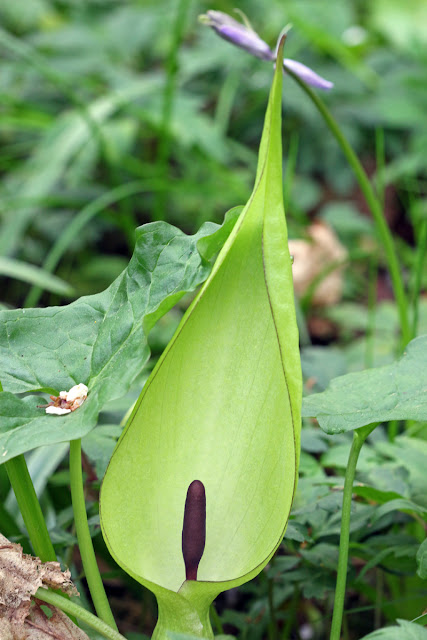 As we walked on I spotted a Lord and Ladies in flower. These are very common, but very few seem to flower. Those that do are often eaten by woodland animals which bite off the dark brown spadix. 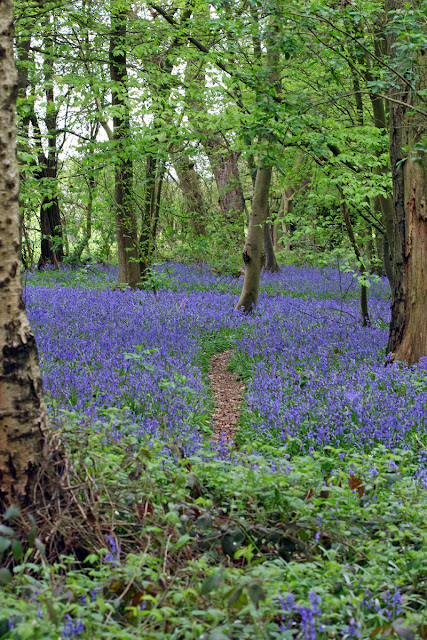 Very soon the wood was awash with Bluebells. Their scent filled the air.


Most were native Bluebells which have the strongest scent, however, there were numnerous hybrid Bluebells in amongst them, an inferior plant to the native original. 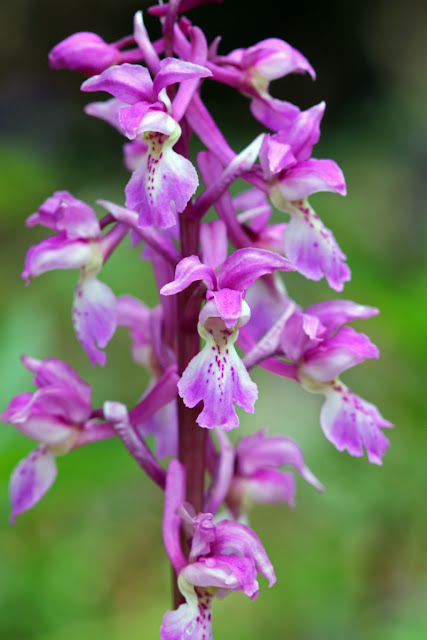 We then came to a large group of Early Purple Orchids. As expected, they were in full flower. They are a very attractive orchid and usually the first orchid species to flower in the UK.

This pink/purple form is the usual colour form of this species, but it's always worth looking out for variants. Orchids are renowned for throwing up weird and wonderful variations in most species. 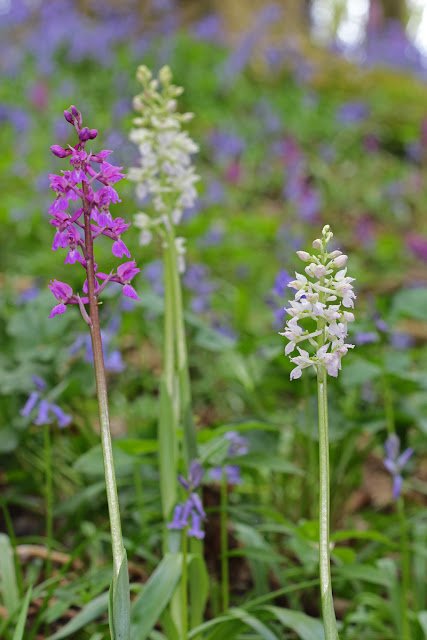 Here's a perfect example of that, with a normal coloured Early Purple Orchid on the left and white variants centre and right. 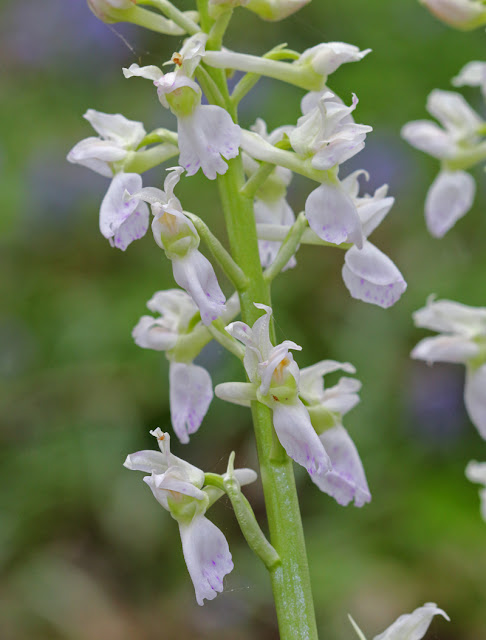 This variant lacks pigments in the stem, bracts and much of the flower.

It's not that rare to find one like this, but it's still uncommon.

Unfortunately someone dug one up here 2 years ago, so I won't name the venue anymore. 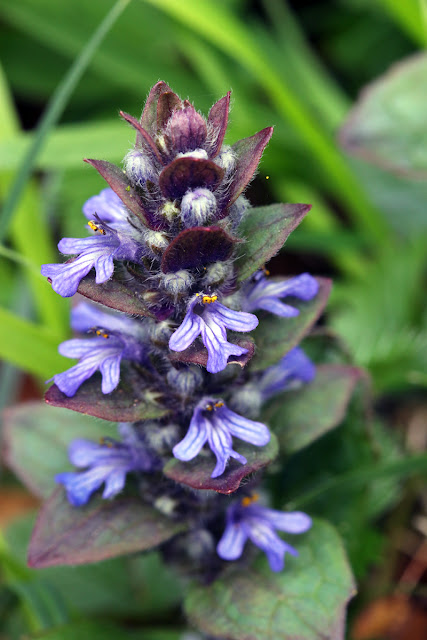 We had seen what we expected, the Bluebells and the Early Purple Orchids, so we continued our walk satisfied with that and carried on just enjoying the wildflowers now out like this Bugle.

This is the usual colour form, but like the orchids they can be found in white or even pink. 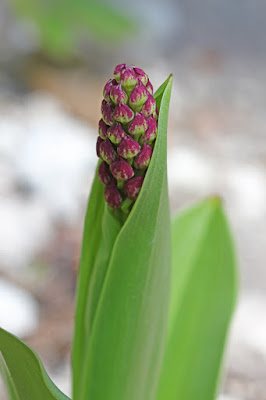 As we left the main wood and came into a well managed area with more light we came across the first Lady Orchid I've seen this year. As I thought it was still in tight bud as they don't flower until May. 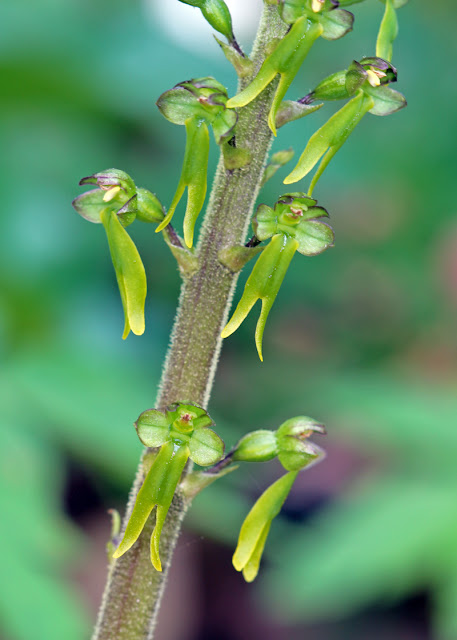 We then had a treat as my partner found a flowering Common Twayblade. Quite early for them to flower, they are the dull relatives of the showy Lady Orchids here.

I think they look great though and have smiley faces! 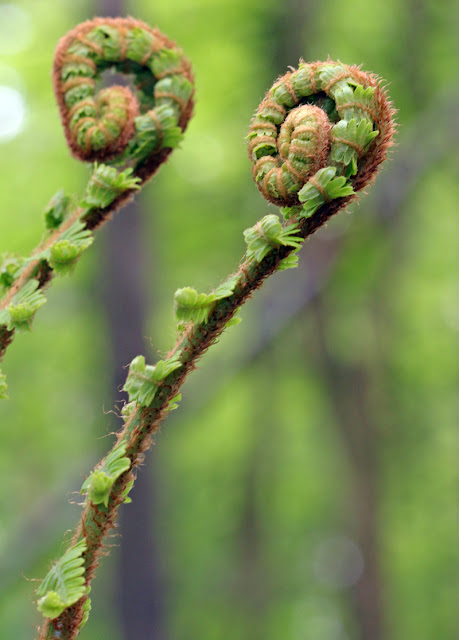 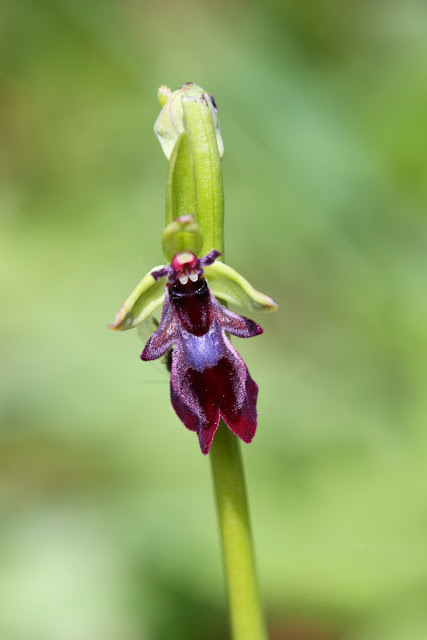 As I had seen the Common Twayblade in flower early, I thought I would get down low to the ground to see if I could spot an early Fly Orchid.

Just one in flower with several others nearby in bud.

These are very difficult to spot at standing height so my top tip is get down on your haunches and look again. They stand out well then. 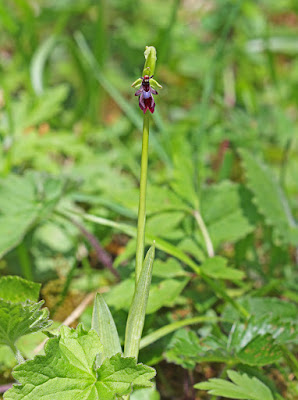 This is the whole plant and it is no more than 6" tall.


As we rounded a corner we had a big surprise! 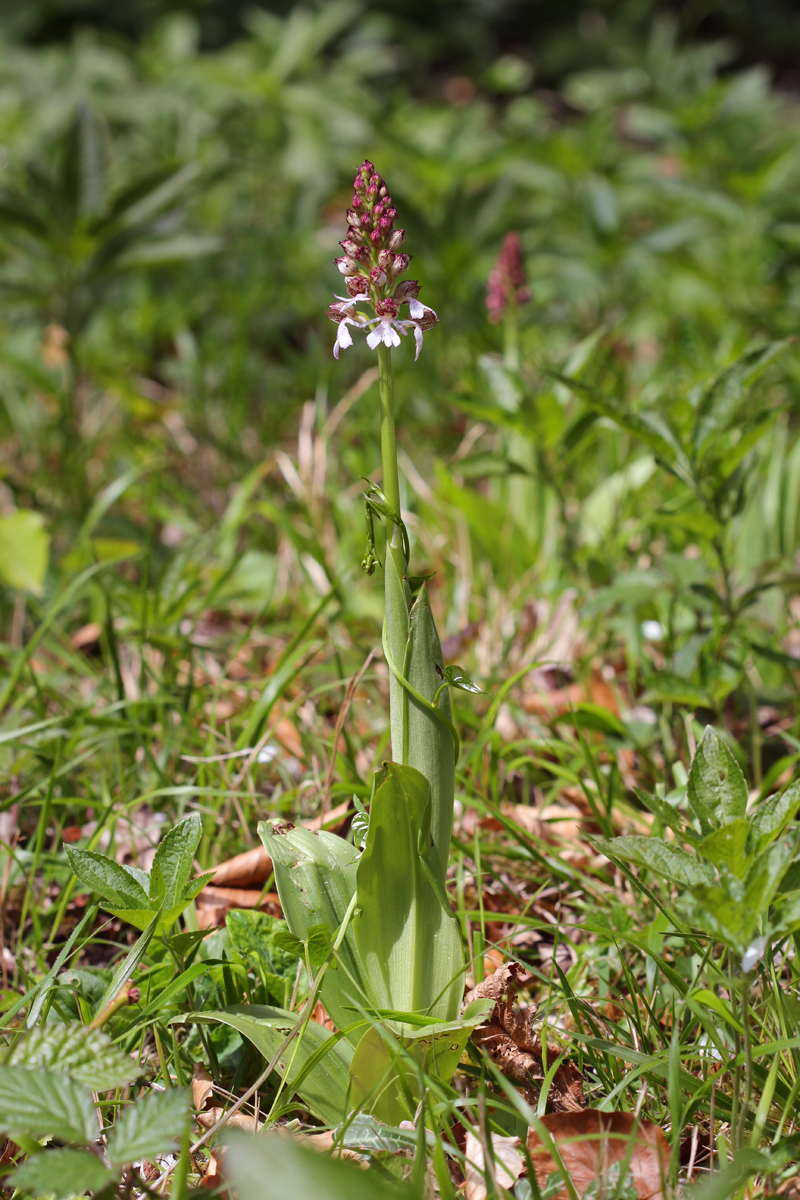 There were numerous Lady Orchids with some flowers open. I'd not seen them in April before, they usually flower from the first week of May like clockwork.
Of course it will still be May before they are at their best with every flower bud open.
While they are beautiful to see, I still get a bigger buzz finding them off reserves, especially where not known before. To date that's just one location, though I have re-found them in a few other places off reserves. 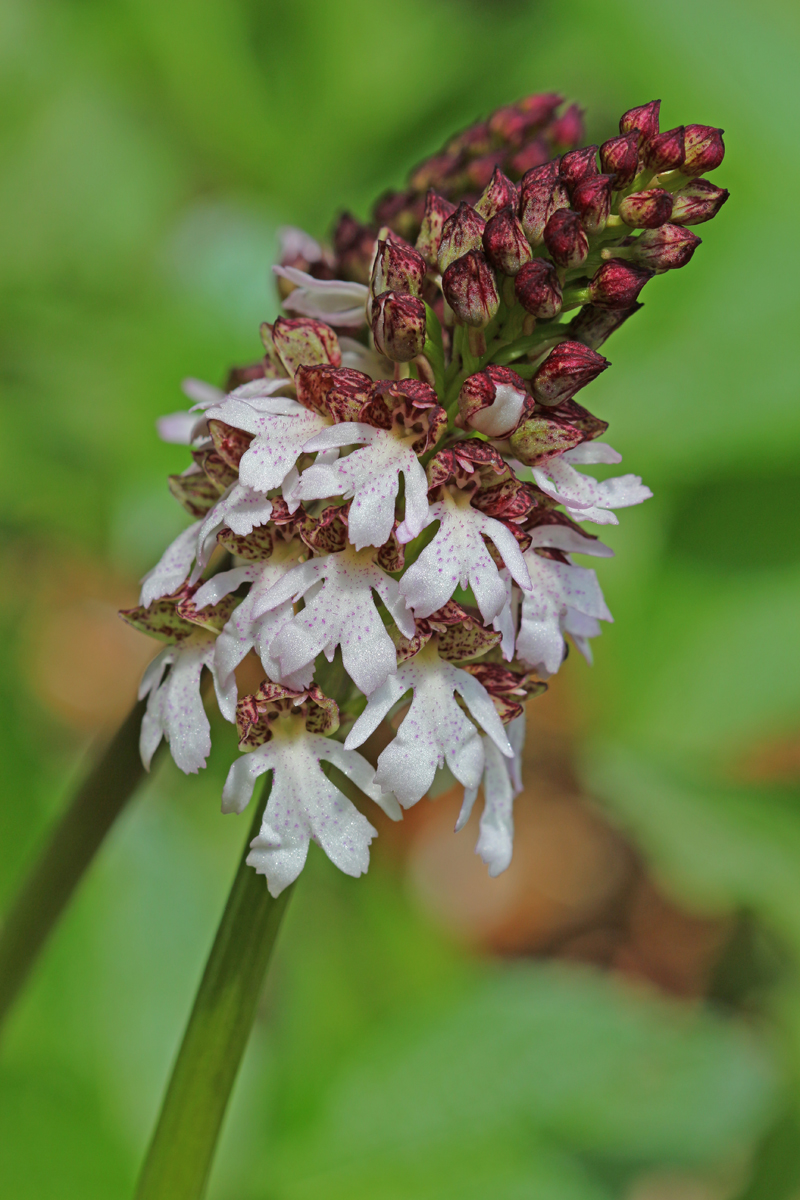 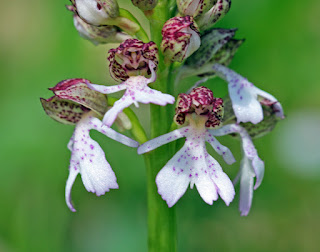 
With these beautiful flowers, thats the end of this blog. All this in a couple of hours before work. It really is the right tie of year to shake the cobwebs off and go for a woodland walk. Once the leaves appear, the woodland flowers will be gone until next year.