- April 02, 2017
Perhaps best known for its old castle by the lake, the National Trust's Scotney Castle also has extensive grounds, mostly neat and manicured to exhibit their ornamental species.
However me being me, I like to look for the "weeds" and wildflowers that the gardeners have missed. 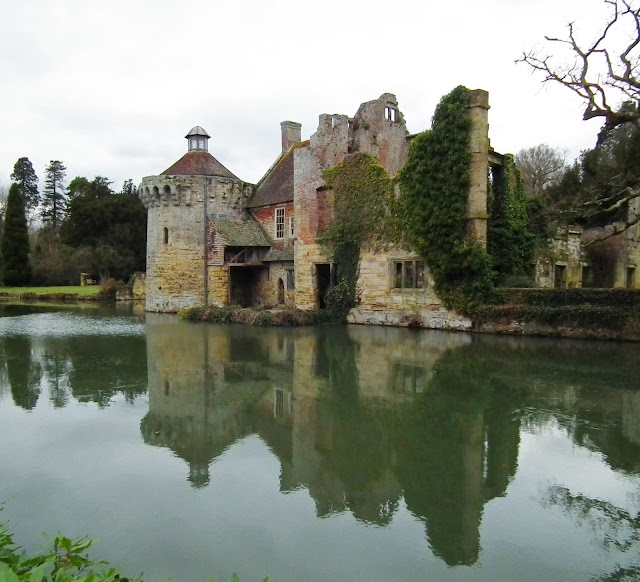 First up was the successully naturalised Ivy-leaved Toadflax, whcih has colonised walls all over the UK since its introduction many years ago. This grew abundantly on the wall from the house down to the gardens. 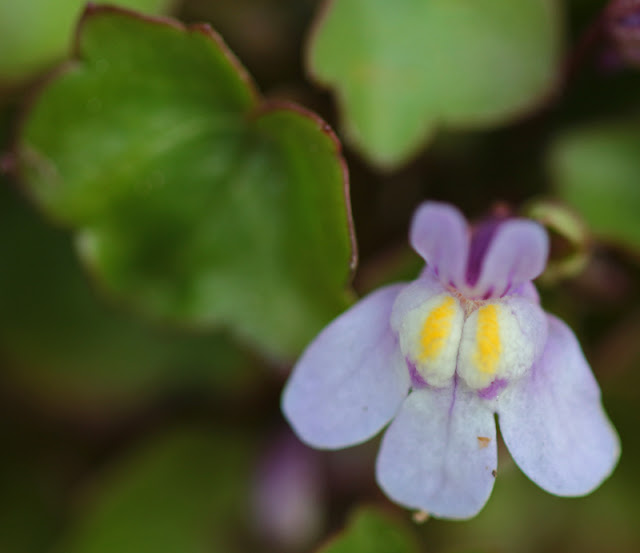 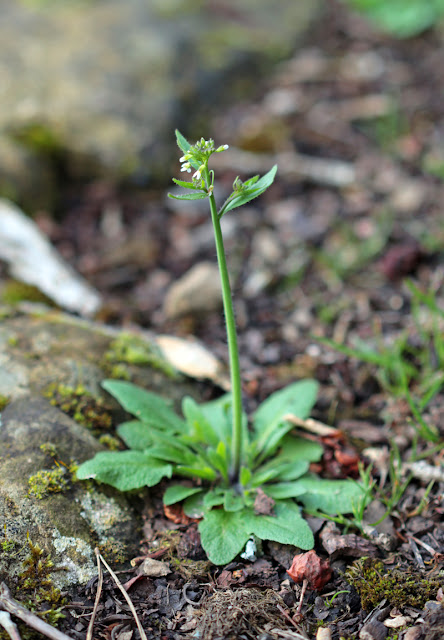 I almost walked past this one thinking it was a Shepherd's Purse, but the leaves on the rosette didn't look right. Sure enough, it was a Thale Cress, the first plant to have its complete genome mapped. 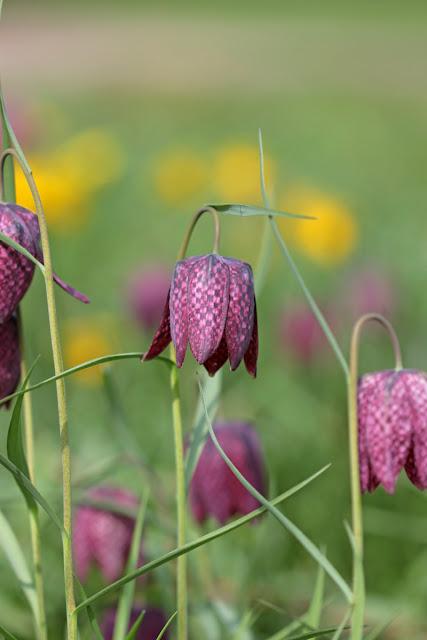 These Snake Head Fritillaries are planted, but I could't resist taking a photo of them amongst the Daffodils. 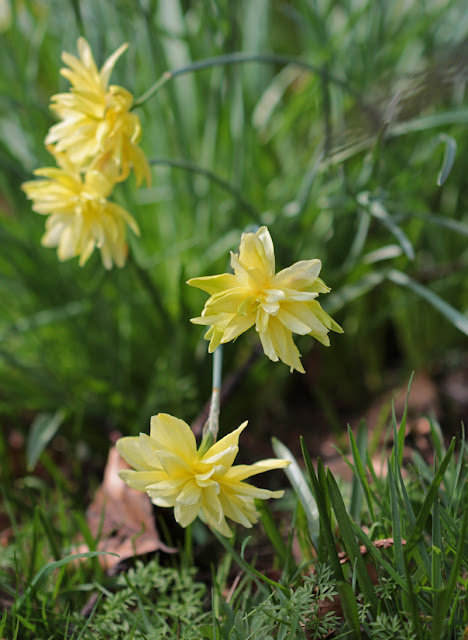 Here's another cultivated plant, a double flower headed Daffodil (or is it triple/quadruple?).

They were quite small and compact and quite unusual.


This Anemone's parents were planted in a flower bed, but they seeded into a wild area. These can therefore be classed as naturalised, having self sown and survived on their own.

I have seen them on road verges where they have escaped nearby gardens. I wonder if in years to come, they will fill our woodlands with Spring colour, or hybridise with the native Wood Anemone? 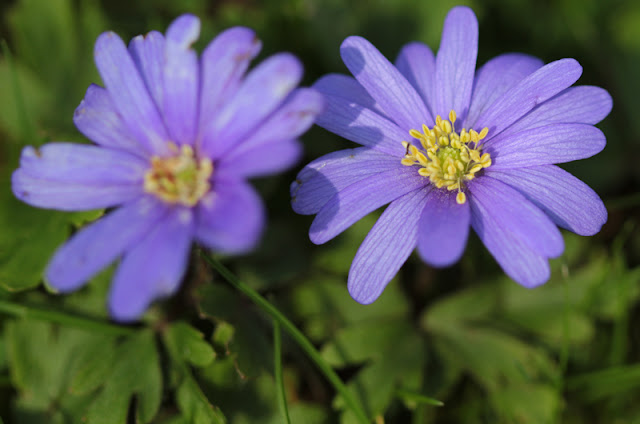 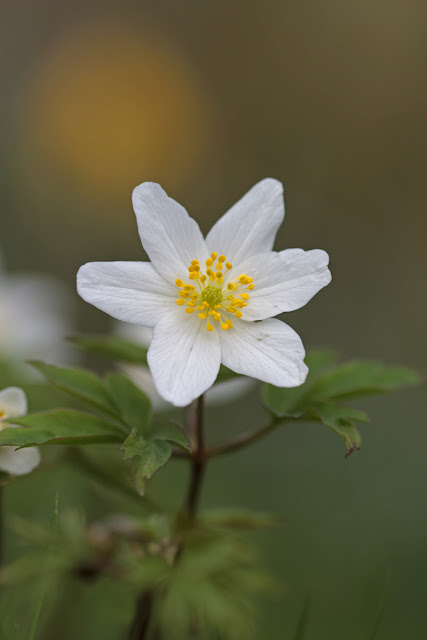 Talking of which, it wasn't long before I found many Wood Anemones in flower along the stream at the base of the hill.

There were about 20 or so out then, but now, our woodlands are filled with thousands carpeting the woodland floor with their beautiful flowers.

They actually have no petals. The white "petals" are actually sepals and they can have 5,6,7 or 8 of them, though 6 is the most commonly found. 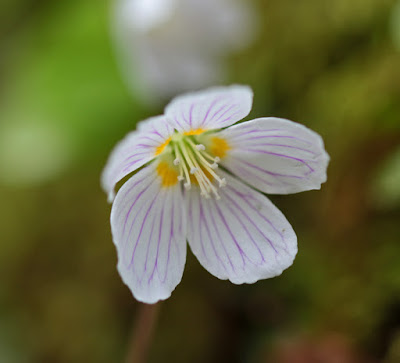 In the Quarry part of the garden, Common Wood Sorrel had made a home there. There's a lot of it here and the flowers were just open enough for a decent photo.


In cloudy or wet weather, the flowers close up. It had been a cloudy day with a chill breeze, but the sun had come out and the flowers opened.


Another wildflower there was the Common Dog Violet. It's pale sack like spur being a lighter colour than the petals make it distinctive.  I think this was the first I had seen in 2017, though hundreds of Sweet and Early Dog Violets were already in flower. The Common Dog Violet is usually a bit later than its cousins to flower. 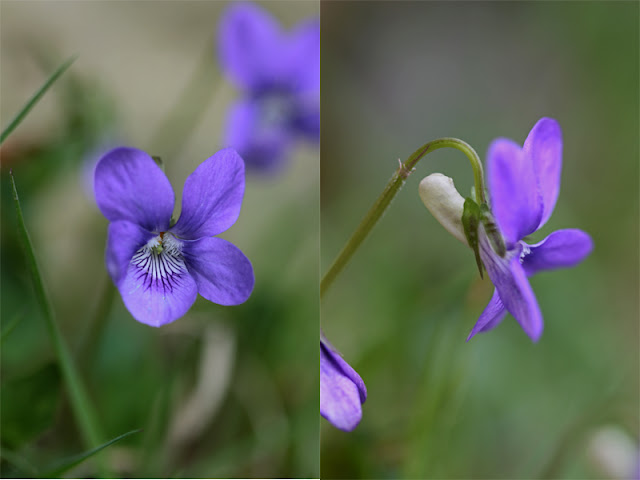 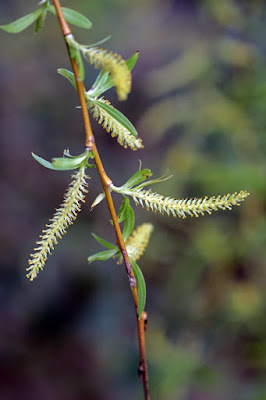 The final few photos are all introduced species and possibly/probably planted here.

These are the catkins of a Weeping Willow down by the lake. Th slightest breeze makes them difficult to photograph on the tree.

The Weeping Willow is apparently a man made hybrid, which i didn't know until I looked it up recently. 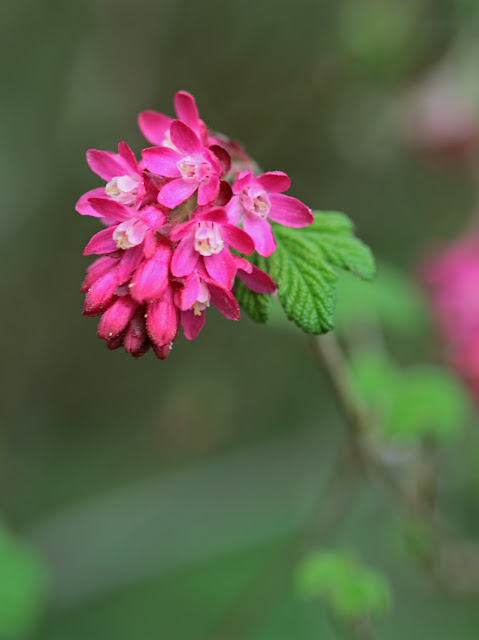 This is a Flowering Currant bush native in California.

Although planted, these have a tendency to escape into the wild.

You may well find one of these some distance away from any habitation, no doubt bird sown.

Apparently they smell rank, so don't cut some and put in a vase at home unless you like a good old stink! 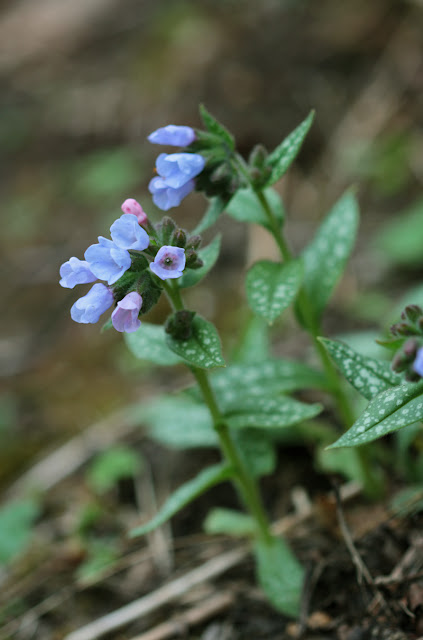 This is Lungwort, another alien that has naturalised widely. I found it once on the chalk scarp of the North Downs, over a mile from habitation.

It's white spotted leaves and lilac to blue flowers are a giveaway to its identity. It can flower from January onwards if mild. 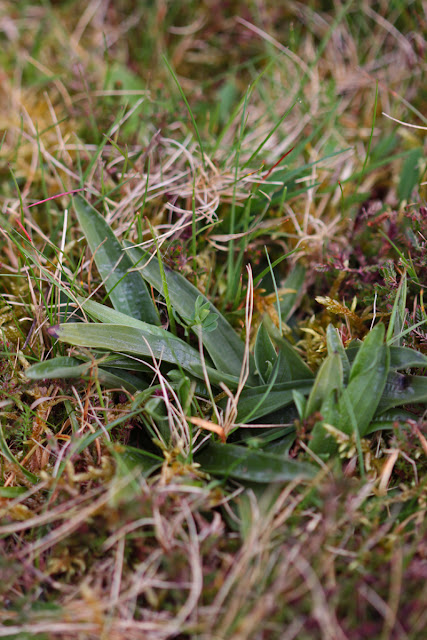 My final plant is very much a wildflower, and a rare one at that.

This is a rosette of the Green Winged Orchid which has taken up in residence on the Scotney House lawns (and to a lesser extent on the sheep grazed fields of the nearby estate).

There's several hundred that flower on the house lawns every year now making a fabulous display. So much so that the lawn is a designated SSSI!

Being managed for them, the lawn has a great flora as well, with Field Woodrush, Heath Bedstraw and many other acid grass loving species there. Well worth a visit in early May or late April. 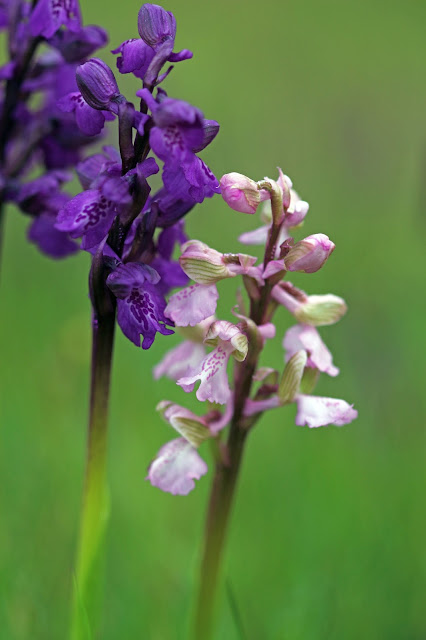 The above is a photo I took on the house lawn on 30th April 2016 showing two colour forms. In fact, as I write, the first Green Winged Orchid has flowered (very early) on the Dorset cliffs, so ours won't be far behind.