- July 15, 2017
This seems like ages ago, but it's still only about a month at the time of writing. I had decided to spend some hours recording a couple of under-recorded monads near Detling in Kent and set off from home this Sunday to do so.

I found a quiet area in a country lane to park and set off. There were several areas that had been coppiced the year before and these are always a good place to look. The extra light triggers plants to grow whose seed may have been in the seed bank undisturbed for several years.

I didn't take any "view" type photos, so I'll just get on and show what I photographed. 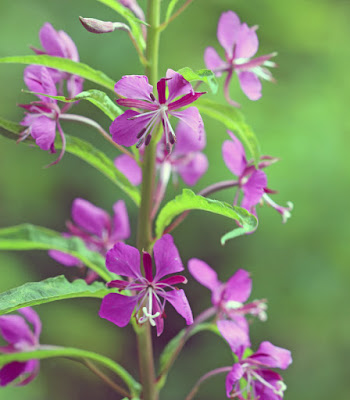 The Willowherbs were out in force, including this Rosebay, Hoary, Great and Broad-leaved and several hybrids I couldn't identify! 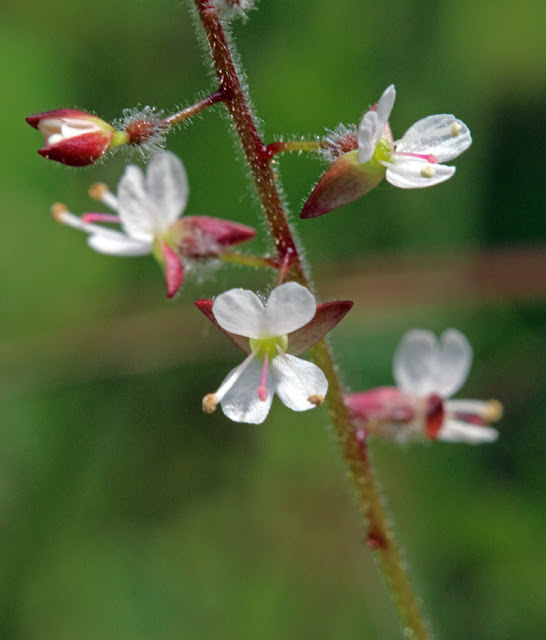 The beautifully named Enchanter's Nightshade usually grows in deep shade. However, with the coppicing they were now in the light, and looked very fine indeeed, glinting in the sunlight. 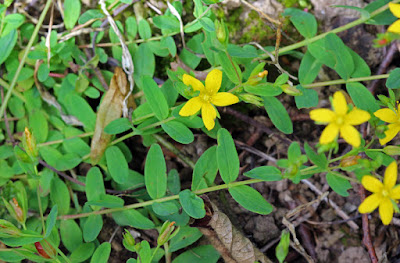 Trailing St John's Wort had also run riot, with large clumps of it dotted through the coppicing.

I have a better photo of the flowers, but this one shows the leaves better and how they literally trail along the ground to spread.

This is Hybrid Cinquefoil. It is the cross between Trailing Tormentil and Creeping Cinquefoil. It's supposed to be common, but unless you see it in flower, you will most likely miss it, I do.

This plant has numerous leaflets palmately cut into 5 leaflets (like Cinqufoil) along with several simpler short stalked leaflets divided into three (like Tormentil). It also had flowers with 4 and 5 petals, and those that had withered were sterile. 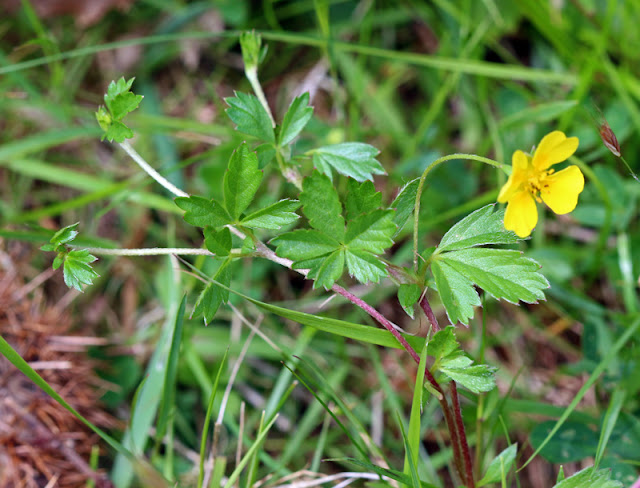 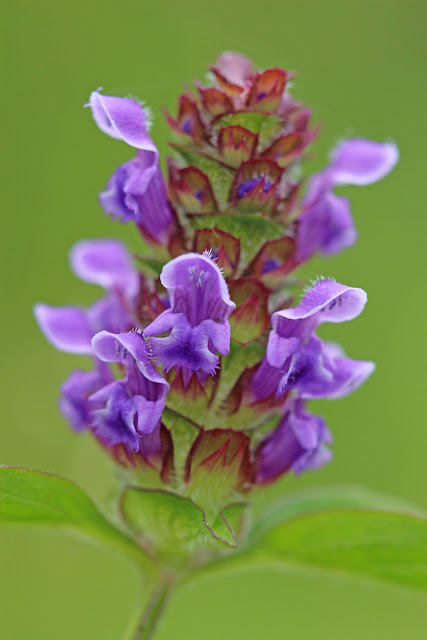 Beauty in miniature is the Selfheal plant, now out in large numbers. Often found in lawns only an inch or two high (adaptation to mowing) or up to 2 feet tall in shaded areas, their flowers always brighten up the view.

This is the usual colour form, but I have previouly seen them with all white or pink flowers as well.


Look at the photo and ask yourself why most people consider this a weed to be eradicted from their lawn. I don't understand it at all!


This is Heath Groundsel and it is a plant I rarely, in fact, never see on the chalk. Its an acid and neutral soil type plant and was common here and elsewhere off the chalk. Found near a hill top, the soil was distinctly acid with associated grasses, Bracken, Gorse etc and none of the chalk loving flowers present.  The obvious and easy way to spot the difference between this and normal Groundsel is that the flowers have yellow rays which are short and curl under. The plant is also often much taller and stouter than the usual Groundsel found in gardens and arable field edges. 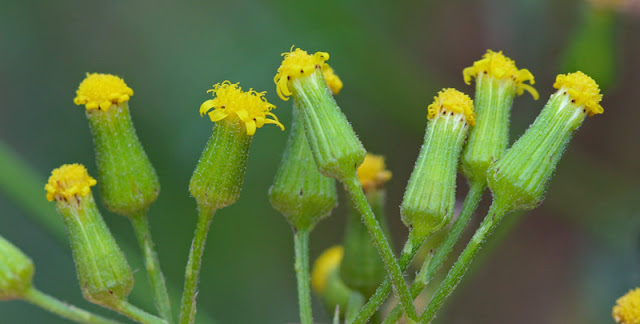 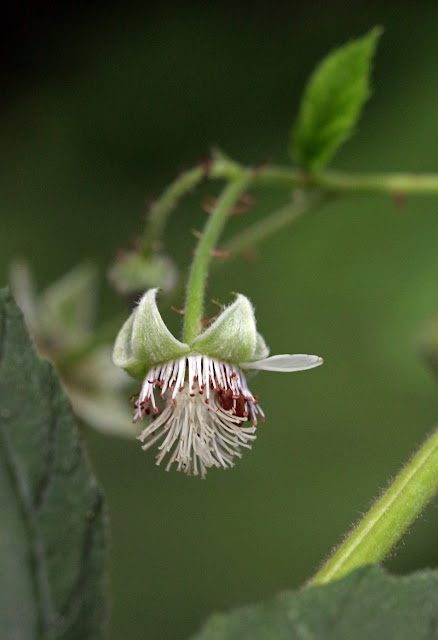 Not all brambles are as they first appear. This is actually a Raspberry bush.

It's usually found in deep shade with few flowers. The leaves are in leaflets of 3 and  are a paler green than brambles, the prickles are weak and the flowers look different to the usual brambles found.

In more open areas, keep a look out for Dewberry as well, another bramble like plant. It will be fruiting from now and its dark Blackberry like fruits have a white film over them, easy to spot!

I was most impressed to find numerous Common Dog Violets like the one pictured below. They flower en masse in Spring, but have another go at flowering from now onwards. However, the second flowering period usually only produces a few straggly looking flowers.

Here, thanks to the coppicing, I found hundreds flowering, along with a colony of Early or Wood Dog Violets as well. Lovely and unusual to see in June! 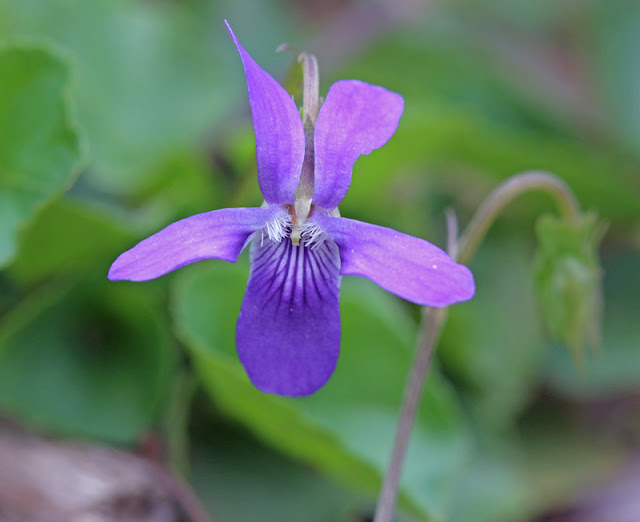 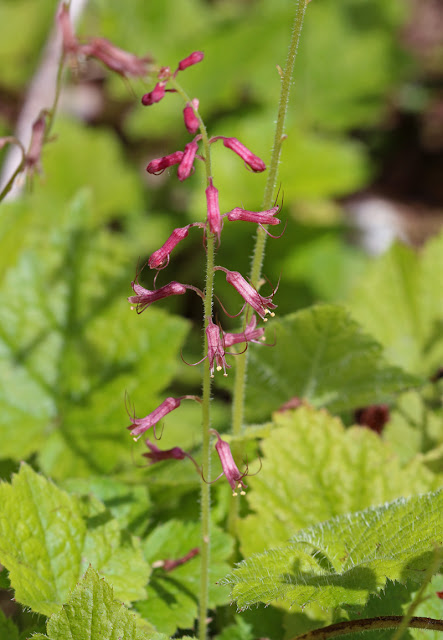 Quite a way into the coppiced woods and well away from the road and with no habitation near, I found this!

I had no idea what it was, but there were several patches flowering in the area.

It's thin, spindly flowers reminded me somewhat of Enchanter's Nightshade above, so I set out to find it in my books which I eventually did.


It's common name is Pick-a-back plant or Piggyback plant and it is a garden escape. 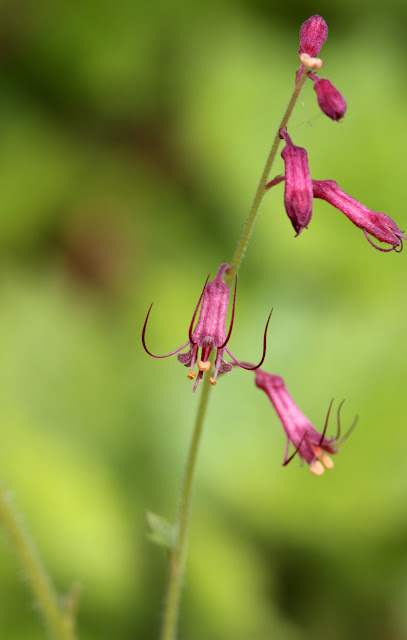 Whilst it has been found in the wild in a few places in West Kent (VC16) I was very pleased to later find out that this is a County First Record for East Kent VC15.

It just shows you never know what you might find.

I wish I'd got better photos now! 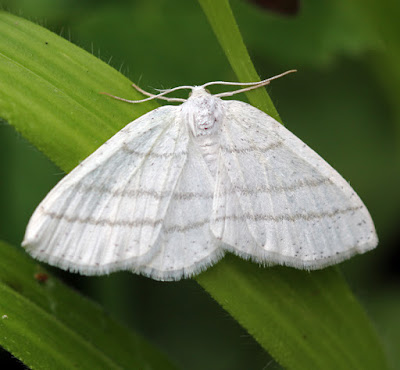 There's always other things to see as well as the plants of course. I spotted numerous butterflies, beetles, ladybirds and moths as well. 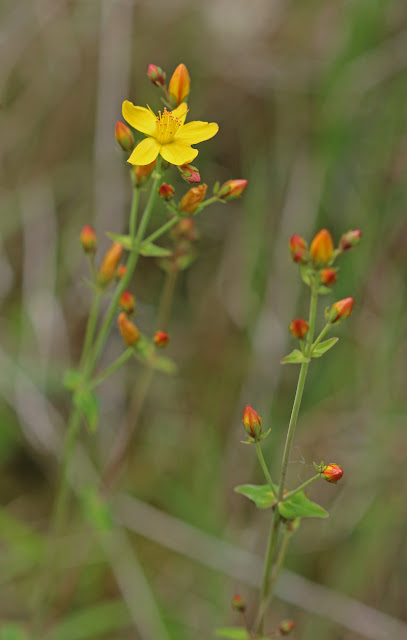 The final photo I took here was of Slender St John's Wort.

In the South East, it is the only St John's Wort with red tinged buds and looks delicate, almost spindly.

I then met up with my Son and decided to show him the beautiful wild orchids at Strawberry Bank near Bredhurst.  I have been there many times over the last few years, and when the orchids are at their best, it is an unmissable sight.

There are numerous orchids here, but of course, they don't all flower at the same time.  Anyway, here's what was flowering for this trip in early June. 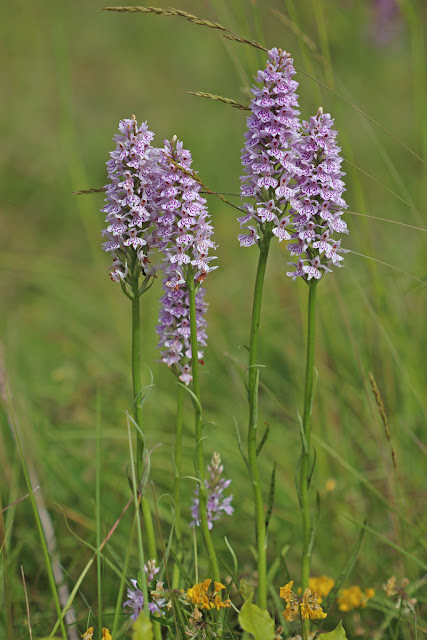 Common Spotted Orchids, as one would expect, were in full flower, though not very numerous here.

They do hybridise with the Chalk Fragrant Orchids here and last year I found a hybrid swarm. Unfortunatley this year there were no hybrids to be found at all. Orchids never cease to surprise! 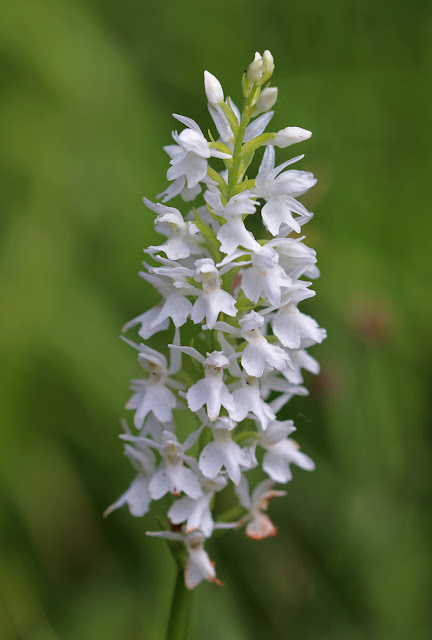 However, there is a lot of variation with Common Spotted Orchid flowers and we were fortunate to find one lacking anthocyanins (colour pigments).  White flowered forms are common, but when you look very closely, there is often faint markings in pink or purple and colour in the stem.

It is the latter that defines this as: 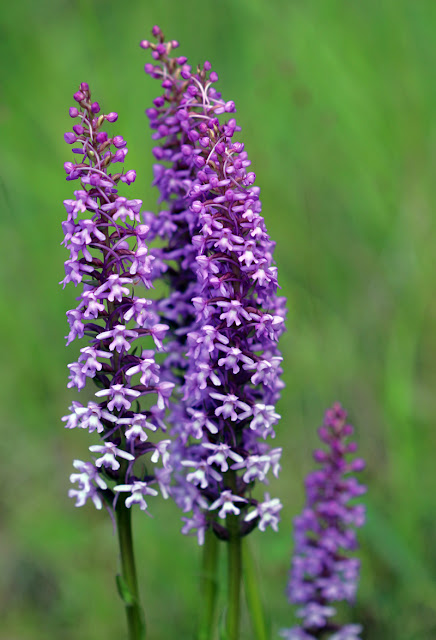 There were thousands of Chalk Fragrant Orchids also in full flower, not only a delight to see, but a delight to smell; their scent filling the air downwind.


These specimens I think were trying to imitate G. densiflora, so packed in were the florets. 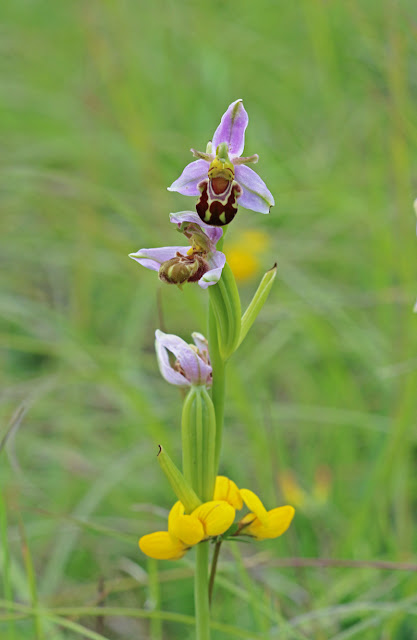 There were still some Bee Orchids to be seen, but most had gone over due to the very dry conditions this Spring and up to very recently.

A couple of weeks previously there would also have been Man, Lady and Birds Nest Orchids, White Helleborine and common Twayblades in flower. About now there will be also be Broad-leaved helleborines flowering, a wonderful area. The rare Field Eryngo was also present but not near flowering yet (it will be by now).

I'll leave you with a view of the Chalk Fragrant Orchids. This photo doesn't do justice at all to the wonderful view. Perhaps next year I'll take some video footage and share it here, just a thought. 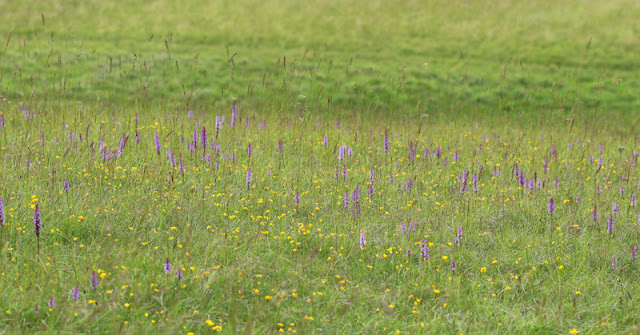