- January 29, 2019
There's not much to photograph in the way of wildflowers at this time of the year, but without doubt, any walk will throw up something of interest. Here's what I found on a short walk here this day.
Most of last year's wildflowers are now history and the spring plants are beginning now to come into flower such as this Hazel tree. 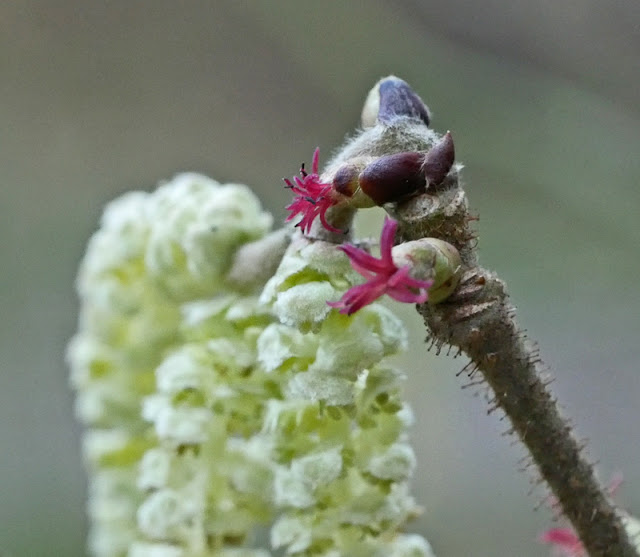 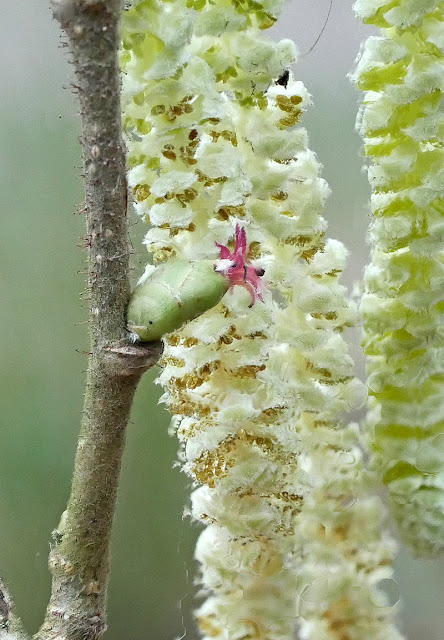 The next few photos are the seed heads of last year's wildflowers. 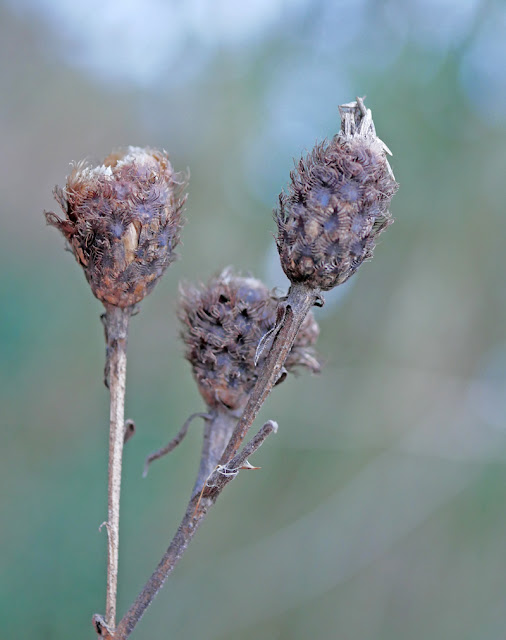 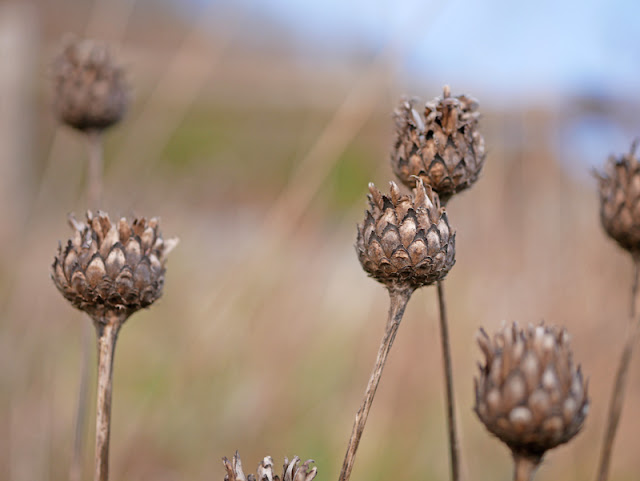 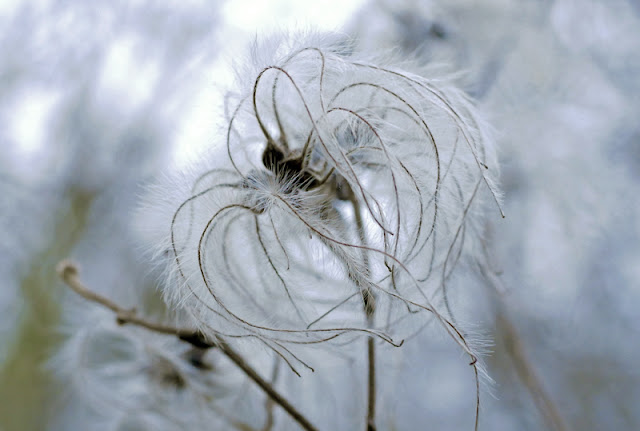 These multi coiled seeds belong to Lucerne. A very similar seed is the closely related Sand Lucerne but their seeds only have 1 to 1.5 coils. 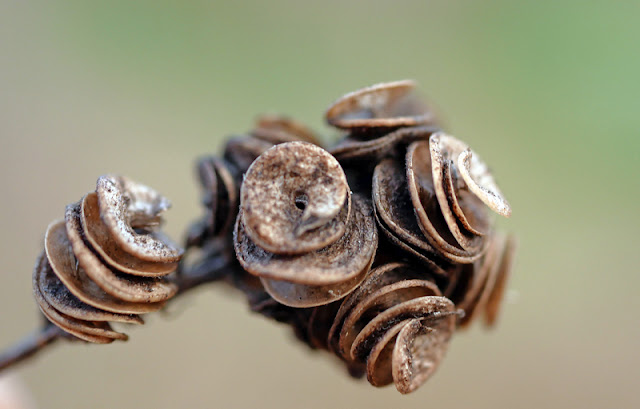 The numerous black berries in a pyramidal clump belong to Wild Privet. In this plant, some have fallen or been eaten by birds, mice etc. 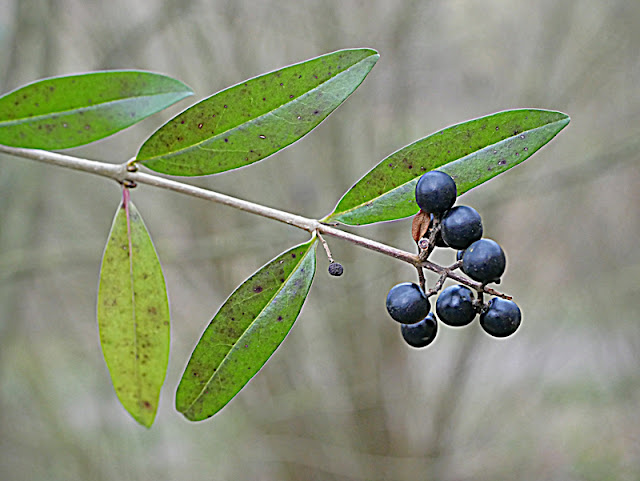 I noticed several fungi too; this was a large bracket fungi. 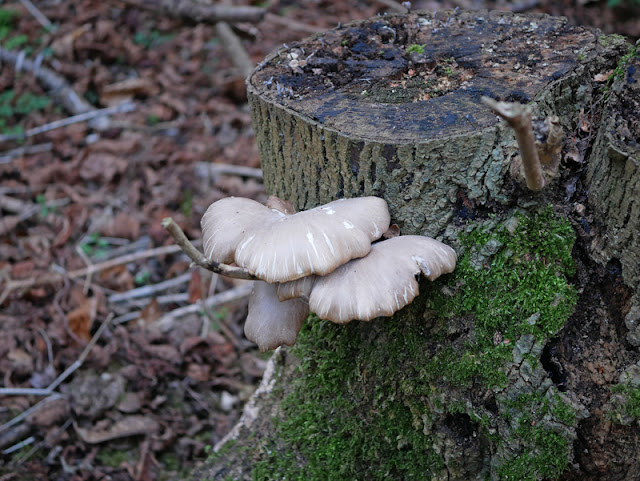 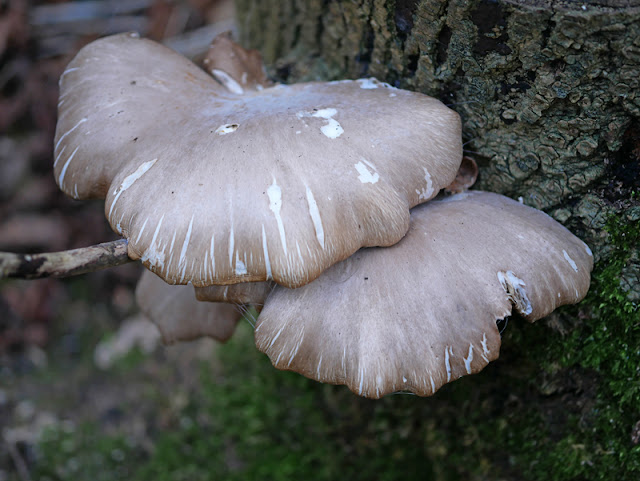 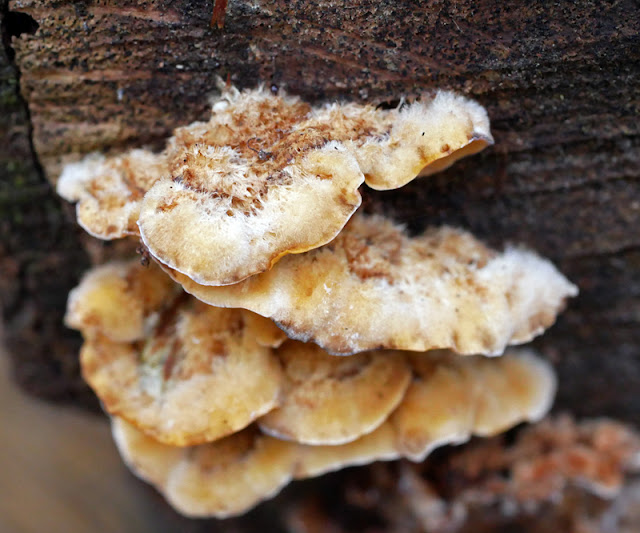 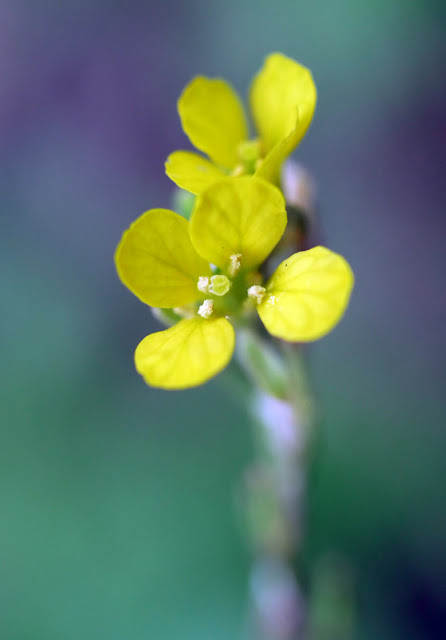 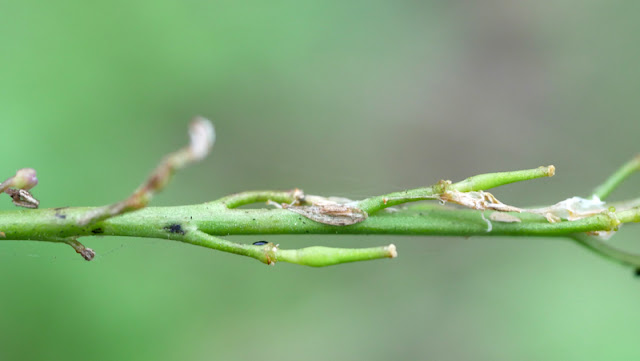 An unusual plant to see at this time of the year was Common Gromwell. This one had flower buds and frost damage to the lower leaves! Although it is fairly common on Kent chalk turf, it is largely absent from many counties even those with plenty of chalk. 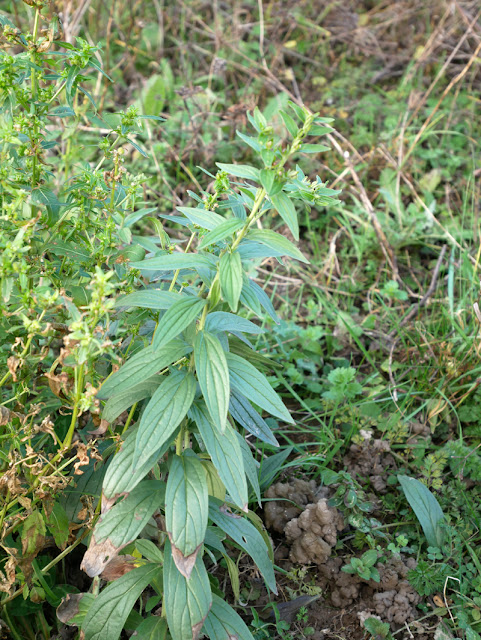 It was nice to see my first wild Primrose in flower of the year. 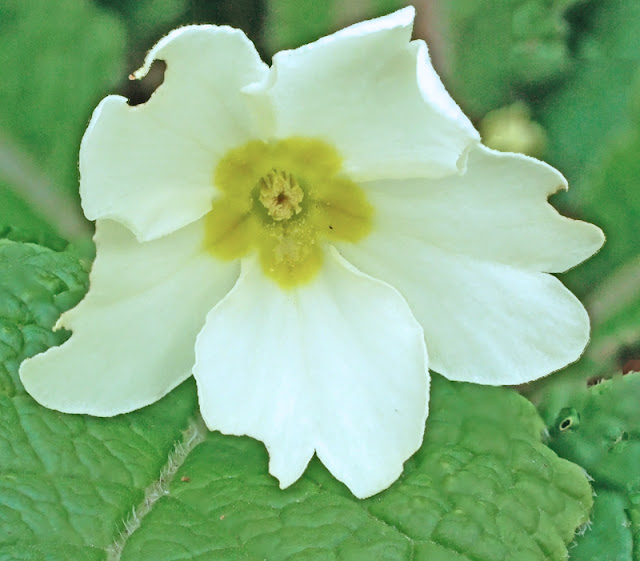 The cold weather can stress plants which can lead to the leaves becoming discoloured and red is a common colour for such stress victims!
These leaves come from an unhappy Bramble. Bottom left are the leaves of Barren Strawberry which will flower in the next few weeks. 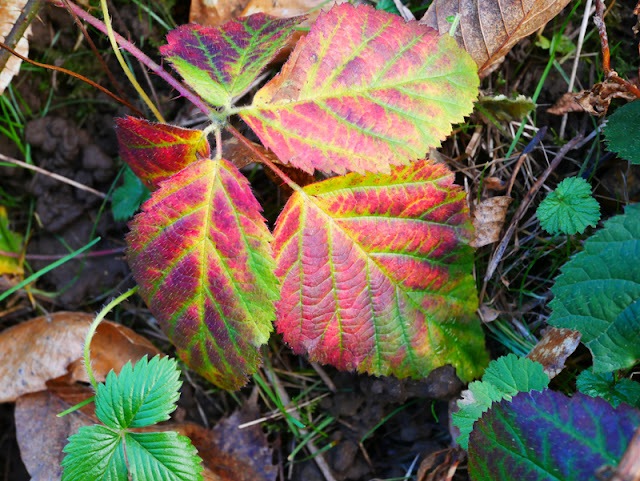 Some nice views of the farm; rare plants such as Corncockle and Broad-leaved Cudweed live in this field below. 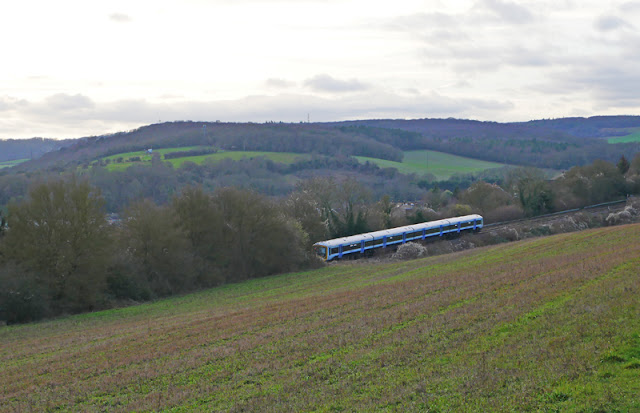 In the woods to the right of the next photo was a path leading you to several Early Purple Orchids and Bluebell copses. Sadly, this has now reverted to scrub and developing woodland with brambles and needs clearance again for them to be seen again. 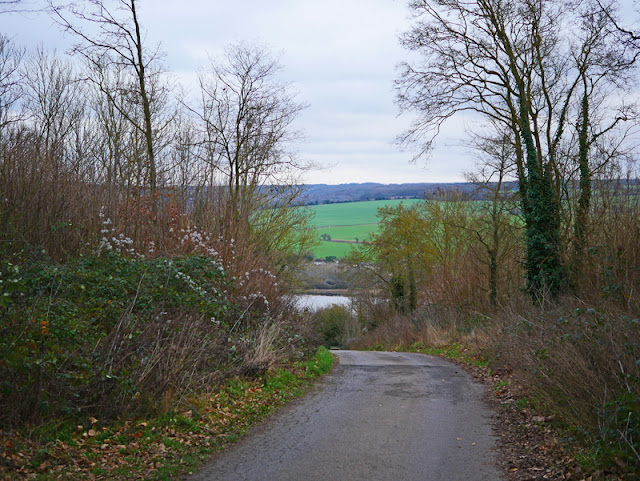 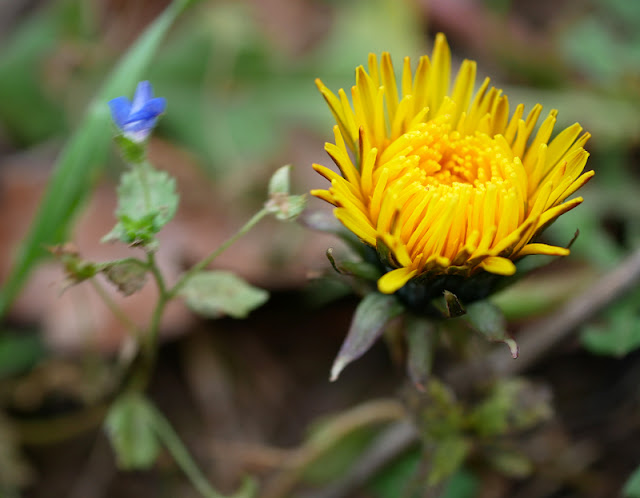 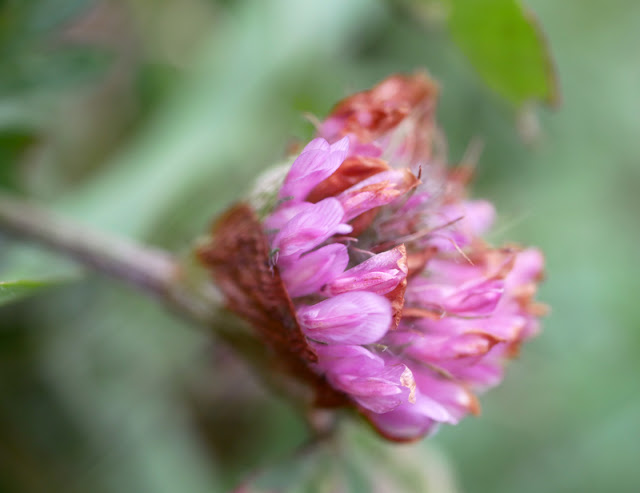 Ranscombe Farm is well known for its Man Orchids that can be found in the car park. There are plenty more to be found in the woodlands from May onwards as well. Of course, at this time of the year, only rosettes can be seen. 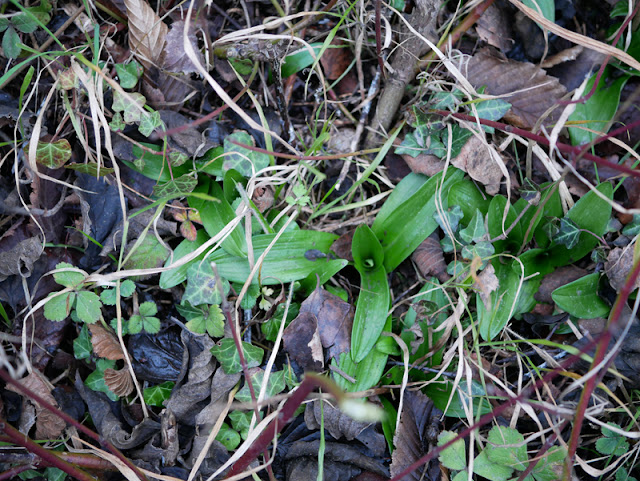 I was here for less than an hour which shows that there are always things to see, even in the depths of winter.