- October 05, 2019
This blog features some finds on road verges that border the 8 lane A2 (12 if you include hard shoulders and slip roads) and a rural country lane that joins it at Pepper Hill, Northfleet. I had surveyed this area some time before, but it's always worth another look, especially at different times of the year. 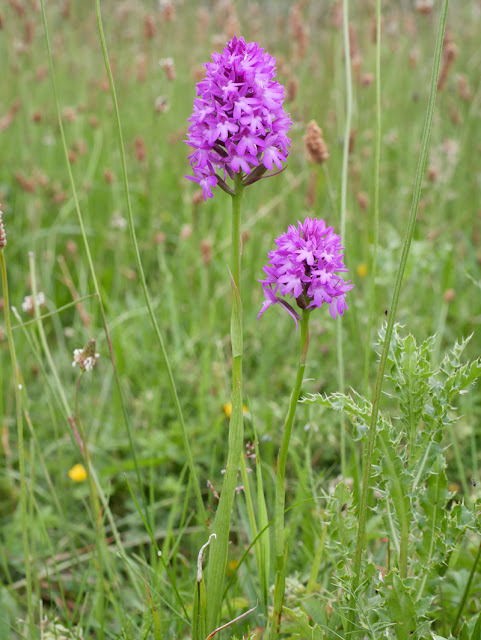 Pyramidal Orchid populations have exploded in my area of north Kent, there are thousands lining road verges wherever there is chalk and a few weeks between council mowings.


But what was special about these was that these were in an arable field edge, with about 30 of them around a fallow field. Last year the field had Wheat growing in it with the usual herbicides, so it is great to see these thriving along the field edges out of the way of the plough and the sprays.

The farmer doesn't plough this edge of the field and why this is so will be explained later in this blog. 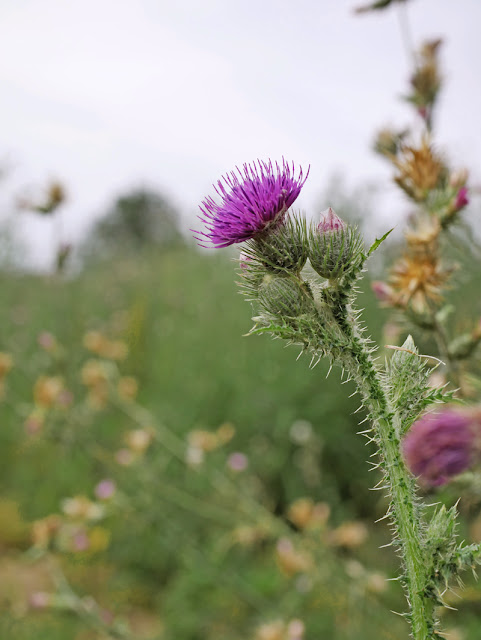 Welted Thistles were numerous here. These have a tendency to mimic the similar looking Marsh Thistle (Cirsium palustre) but the latter aren't found here.

Chickory is a Kent RPR species though it is fairly common in my part of north Kent. It has the most beautiful blue flowers that close up in rain and at night. 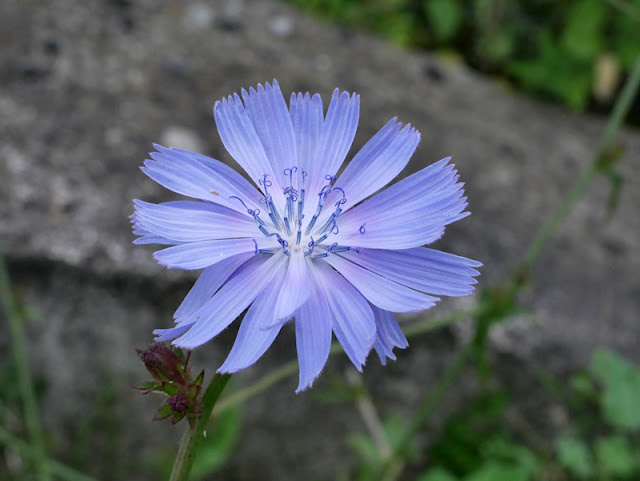 Wild Teasel was in flower too. These never flower all at once and usually you get 2-3 rows that open. As these fade another few rows come into flower and so on into Autumn. Each flower is a long thin tube poking out horizontally from the flower head.

In the Winter, the seeds are an important food source for finches. 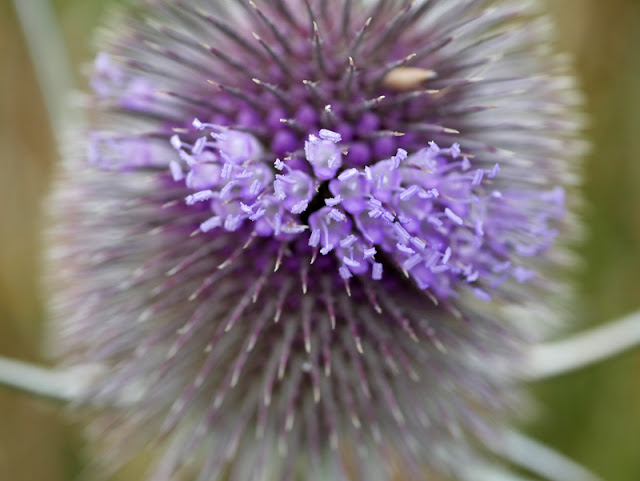 Goat's rue is an attractive alien plant often found as an amenity sowing along road verges. However, it readily seeds and escapes all over the place and north Kent has plenty of it. The field opposite was chock full of 4-6 feet tall plants. 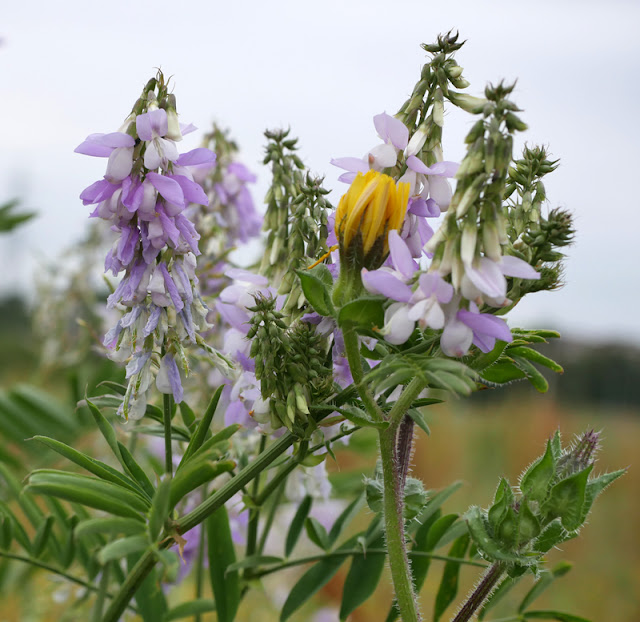 Above, the yellow flowered plant is a Bristly Oxtongue - Helminthotheca echioides

Left is a white form of Goat's rue

It's a very attractive legume (pea family) but it can get a bit too vigourous for my liking. 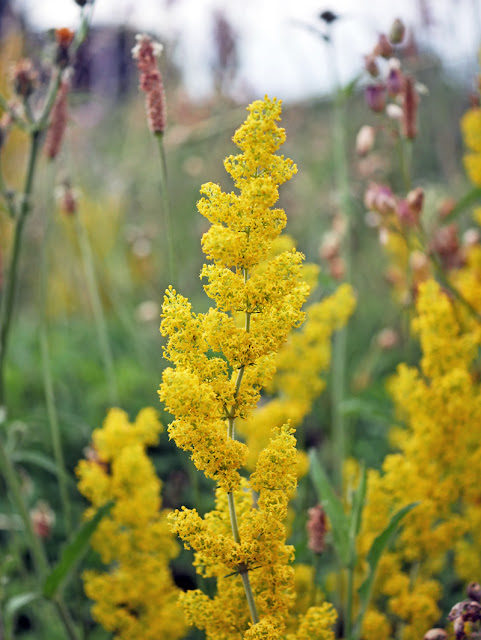 Some patches of mature Lady's Bedstraw gave some intense flashes of deep yellow to the verges.
By the coast where I usually see it, it's often only a few inches tall, here it was over a foot tall. 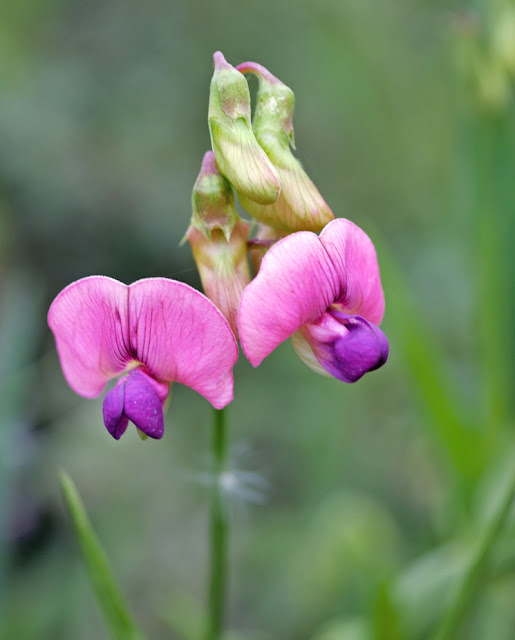 Two other pea family plants brightened up the road verge.

This was the native Narrow Leaved Everlaasting Pea.

All leaves must be at least 4 x longer than wide, check the whole plant. 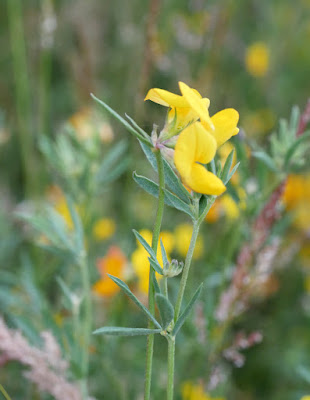 The last pea of note were numerous Narrow leaved Birdsfoot Trefoil. These are uncommon throughout the county but common here. This also has leaves at least 4 x longer than wide and often up to 10 x longer! 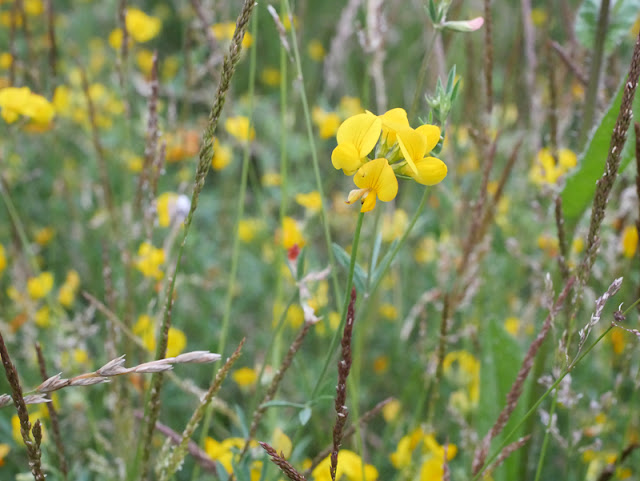 This photo shows the huge wealth of species found here. It's amazing what can thrive on a chalk soil given the chance. 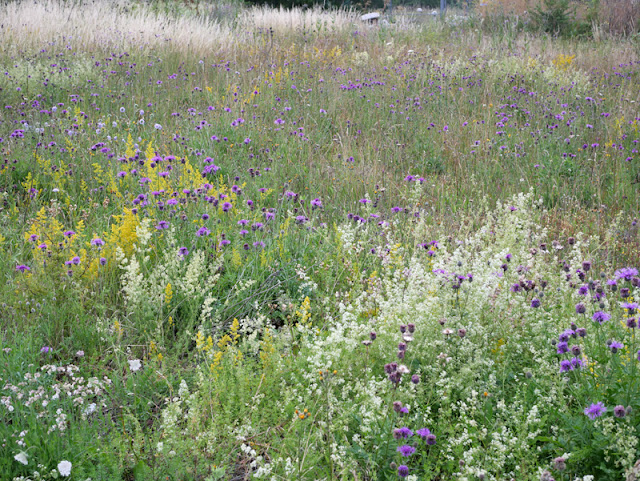 Sometimes White Clover doesn't quite look right. A closer examination revealed this to be Alsike Clover, an escape from cultivation and an attractive clover. 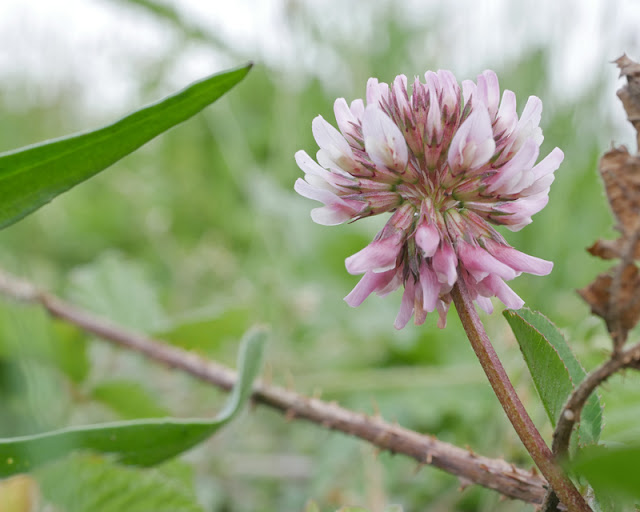 Then came an amazing find. I mentioned at the beginning of this blog that Pyramidal Orchids thrived along a field edge. This was because a sewerage main drain ran under this field. In 2018 contractors dug up the pipe and replaced it leaving a narrow trail of freshly disturbed soil untouched by herbicides or fertilisers. Of course, the drain's presence there also prevented ploughing. 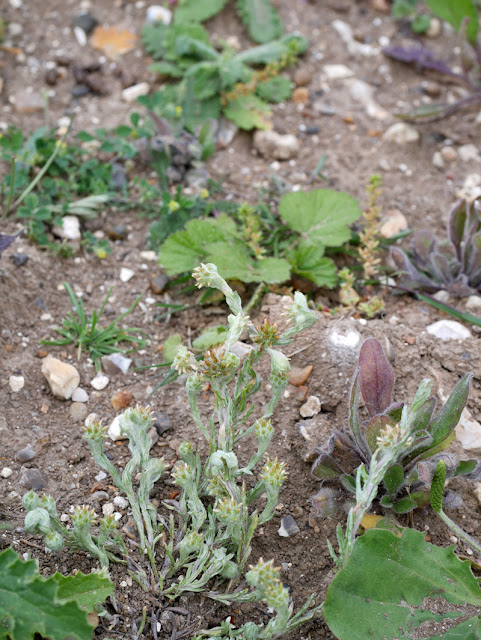 Of course, this is Common Cudweed, an uncommon plant and always nice to find. Usually I might find a patch of a few plants, but here, on this disturbed ground, I found thousands. 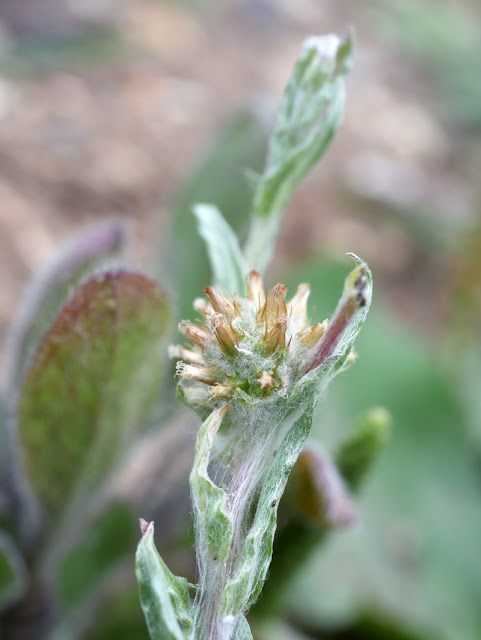 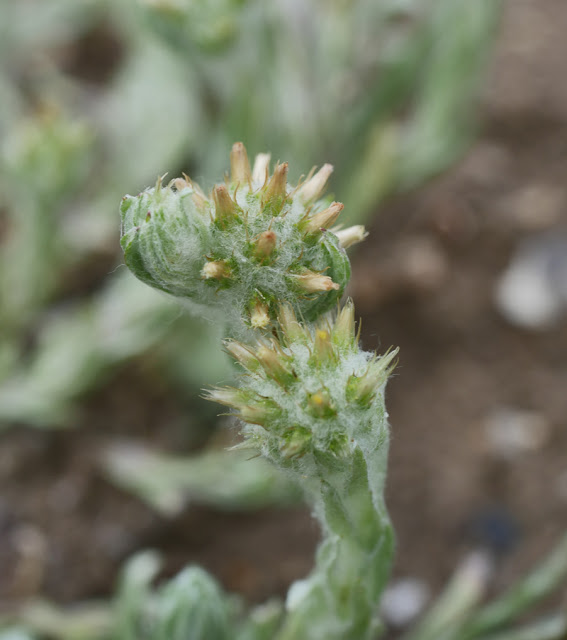 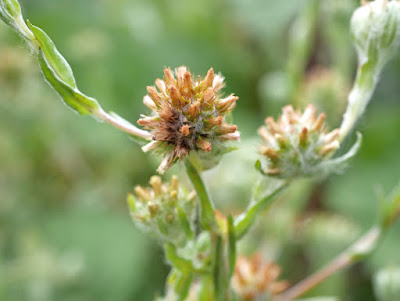 Unfortunately there was no practical way to photograph them en masse as they are such a small and inconspicuous plant you wouldn't see them once you widen the angle of view.


Here's a habitat photo with the crosses showing the line of disturbed soil. In reality there were plants from the drain all the way to the last distant cross. Pyramidal orchids were found to the right of them. 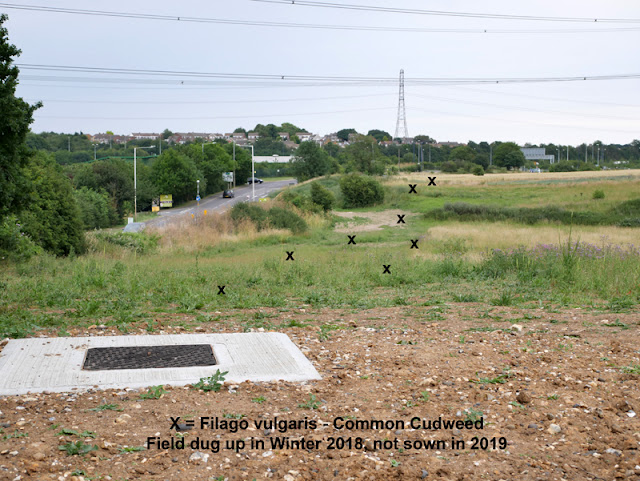 There were of course plenty more wildflowers found and new finds were recorded, including the thousands of Common Cudweeds. It shows that not only are new plants likely to be found when a venue is re-visited at different times of the year, but site changes to the soil can also unleash new species that may have been buried in the seedbank for many many years. 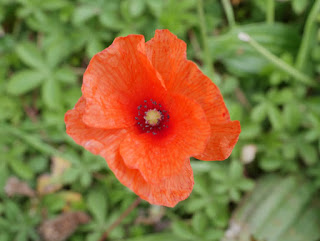