- October 15, 2019
This day out was a short tour from Dungeness to Littlestone on the south Kent coast, but only staying a short time at each as the weather wasn't so good. Anyone who knows Dungeness for example, wouldn't want to stay too long on a very windy and wet day which this day was.
For a change, we headed off to the end of Dengemarsh Road just west of the power station rather the usual areas around the lighthouses or the RSPB reserve.

I didn't expect to find anything new, but it's always a delight to see coastal plants when one lives inland in any case. On this grey, miserable day, the first flowering plant I noticed was amazingly, something new! 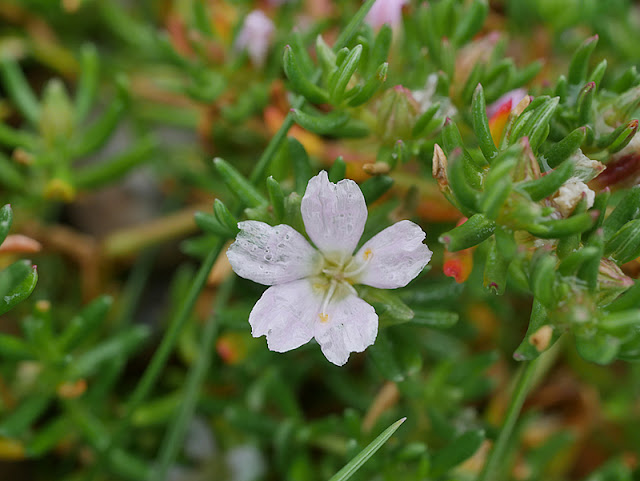 From standing height this looked like Common Storksbill, but the leaves and form of it was wrong for that species. 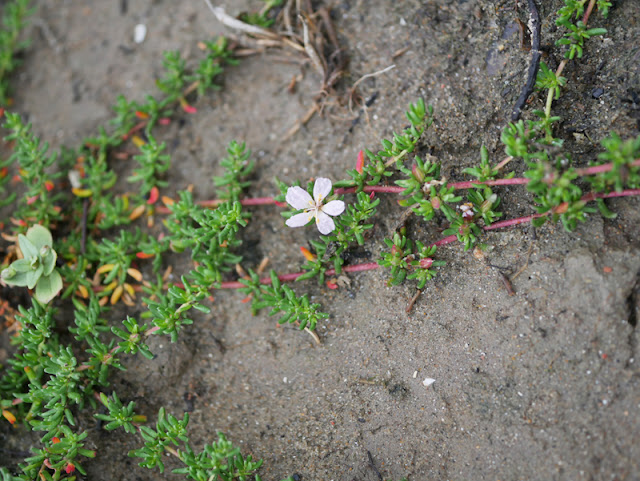 It was of course Sea Heath, a species I'd not seen before and a rare plant in Kent.

In places there were dense carpets of it amongst the shingle. 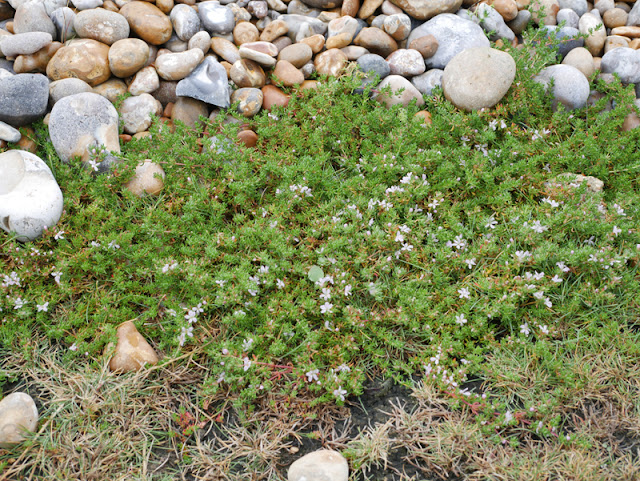 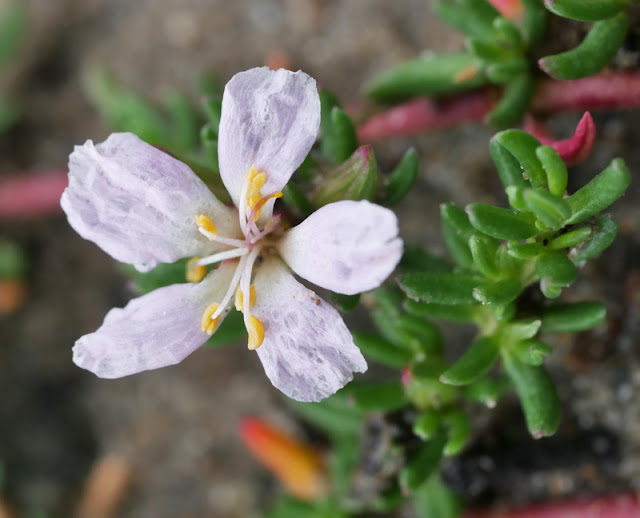 I'd not been here in late July before so didn't realise it was here, however it is a known site for this species, but I just didn't realise that at the time. It was still exciting to see a new species.

Below is a habitat photo, but it also shows a dense stand of Sea Beet in the foreground. 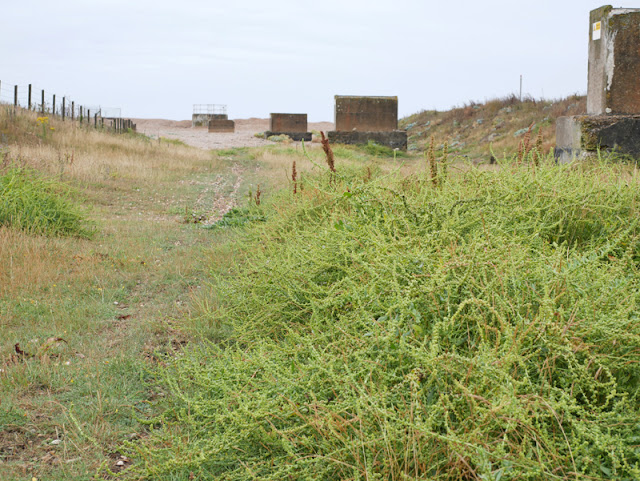 As Sea Beet matures, the seed pods take on an attractive dual red and yellow colouring. 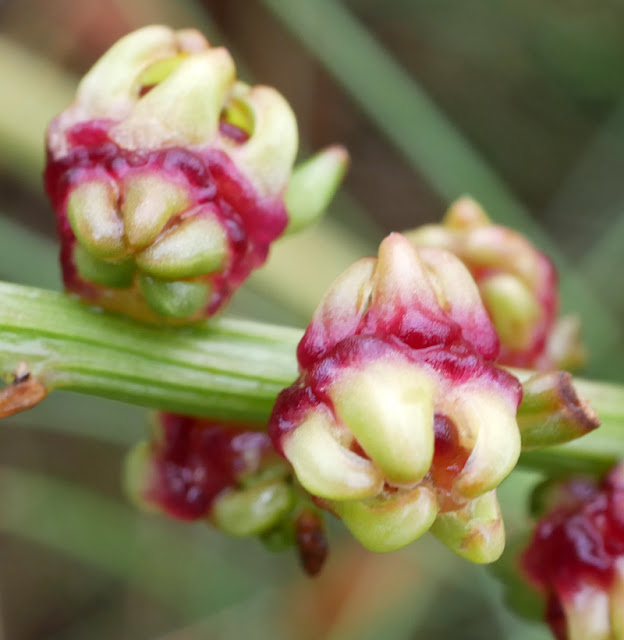 Hedge Bedstraw is a species I usually see on chalk or on neutral soils, so it was a surprise to see it here on the shingle, but then shingle is probably about neutral as far as PH goes. 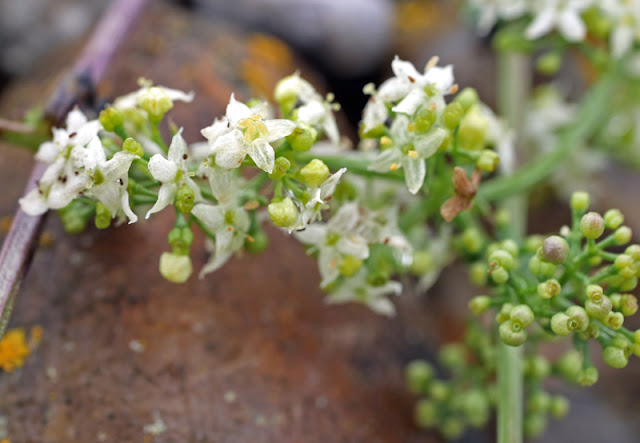 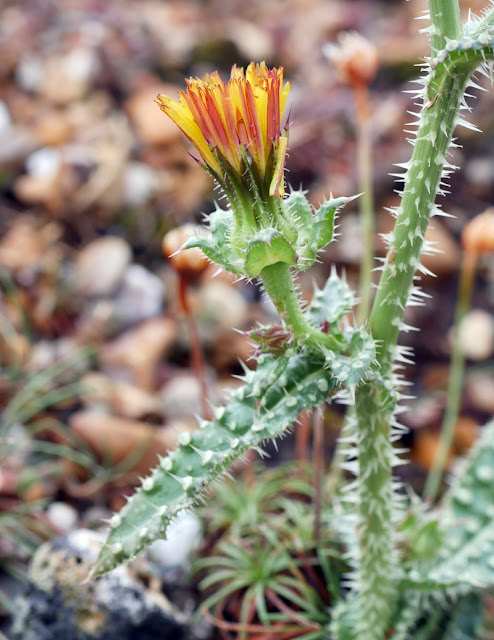 Bristly Oxtongue is a very common plant and widely in flower at the time of writing (mid October) but here they were fresh and new. This plant looked most "bristly" that's for sure.


The collar of bracts  below the flowers easily tells it apart from lookalike species such as Hawkweed Oxtongues. 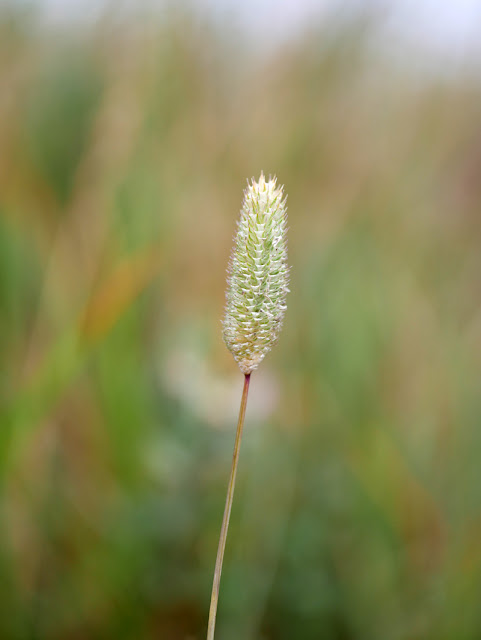 Smaller Cat's Tail is an attractive grass and it was growing on the edge of the small dirt road here. I think it has a more attractive and delicate look than Timothy, its larger relative.


The shingle is also home to a sub species of Bittersweet (also known as Woody Nightshade). It has a very prostrate and fleshy form, quite unlike the tall upright specimens found inland. 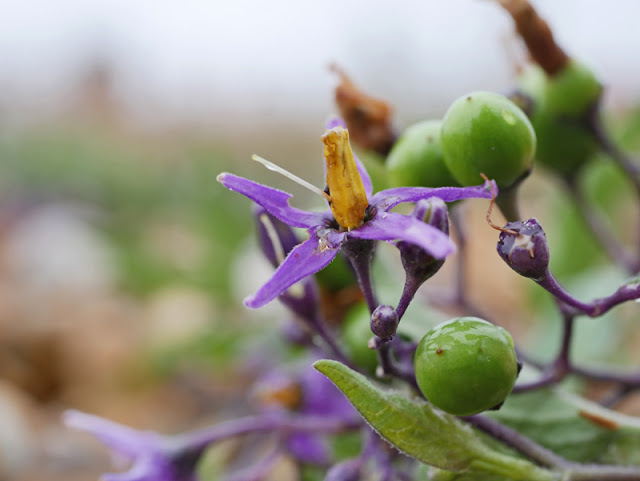 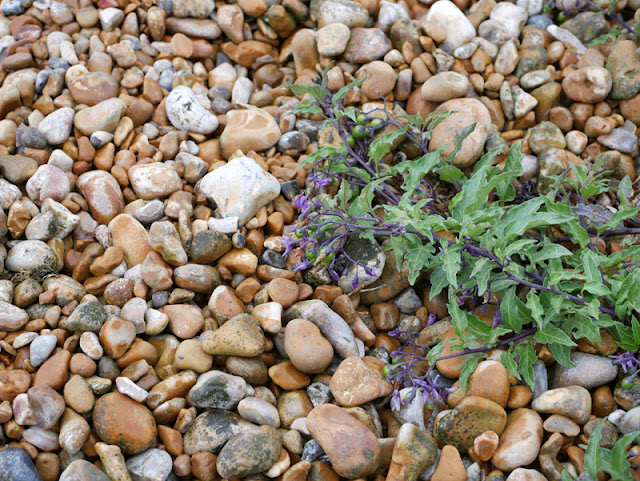 Common Restharrow liked the shingle too. 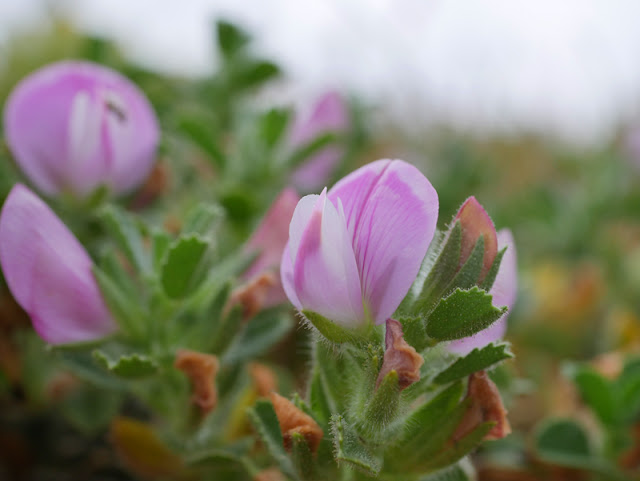 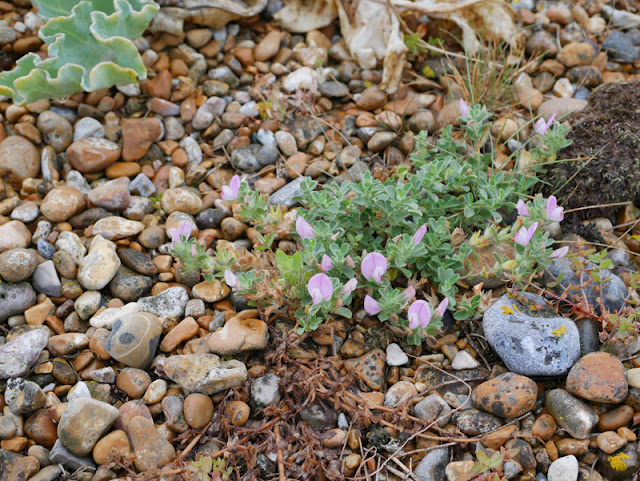 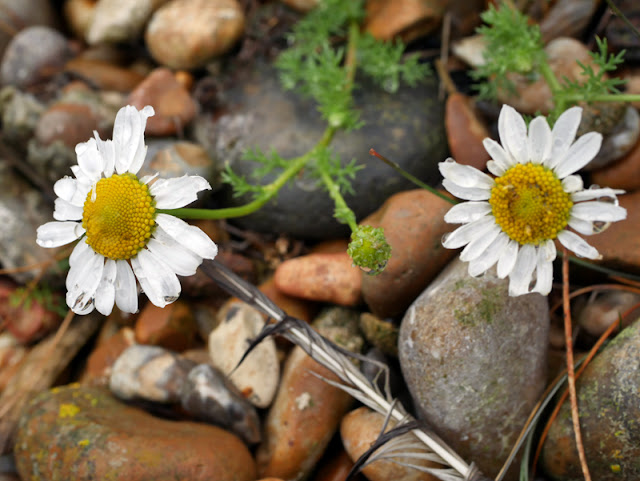 I'm not an expert by any means regarding insects, but I think this is a Common Field Grasshopper amongst the Sea Heath leaves. 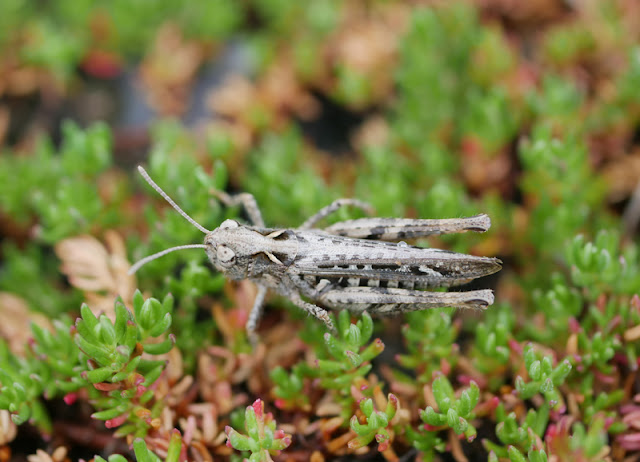 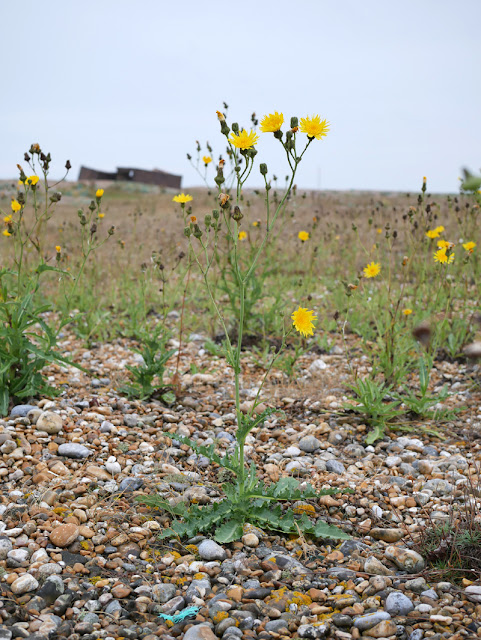 The shingle gave me an opportunity to show off this plant in full without the distraction of a green vegetated background one finds inland.

Easily told apart from other sowthistles by the glandular yellow hairs on the bracts nder the large shaggy flowers. 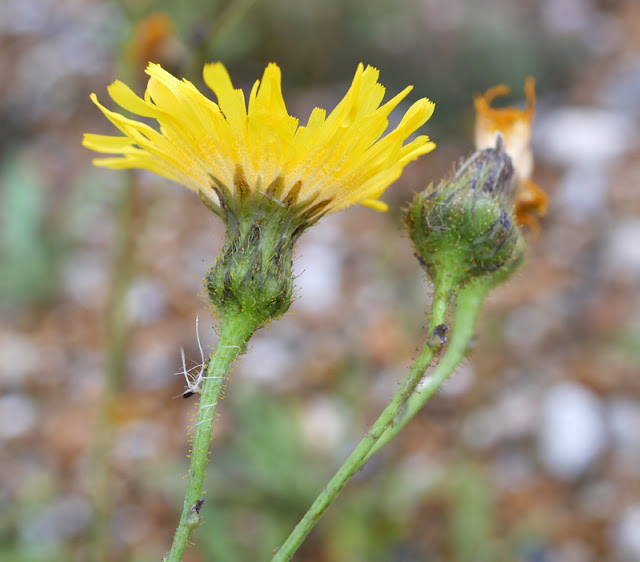 From there we drove a few miles to Littlestone a bit further east along the coast, taking the opportunity to warm up a bit in the car along the way. This well munched on plant below is Bur Medick, a small yellow flowered medick that stands out for being very hairy (and small). It's rare in Kent too, though quite frequent here. 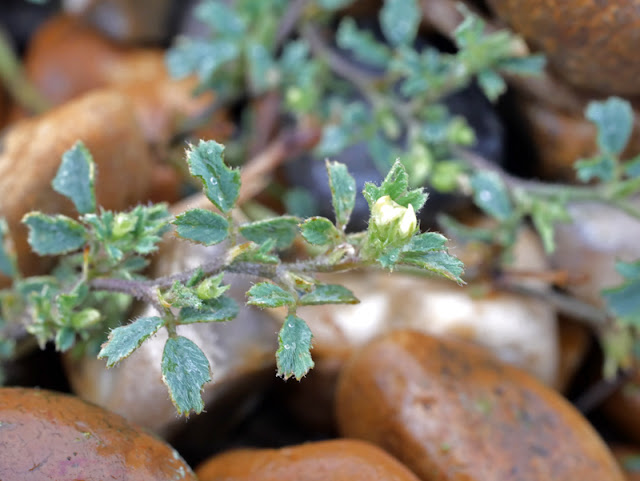 Some very stunted Viper's Bugloss had a nice display of its electric blue flowers with its distinctive purple stamens poking out. 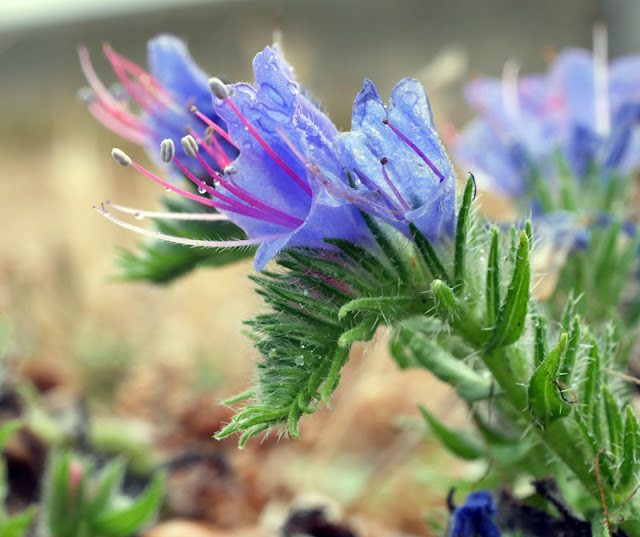 This second photo shows how small this plant was, whereas inland they often top 3 feet tall. 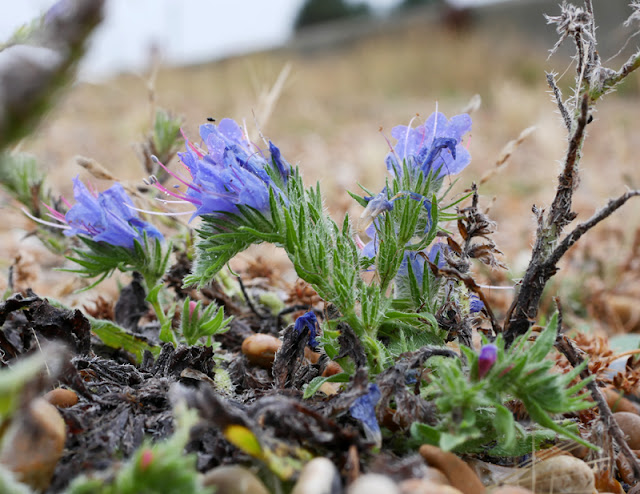 Sometimes I see Sea Holly along the Kent coast, but this one below was an imposter. It's a garden escape called Blue Eryngo. This area has many garden escapes in the dunes and short turf mostly by habitation. Only recently, I found more of this species, but on chalk in a field edge in Longfield. 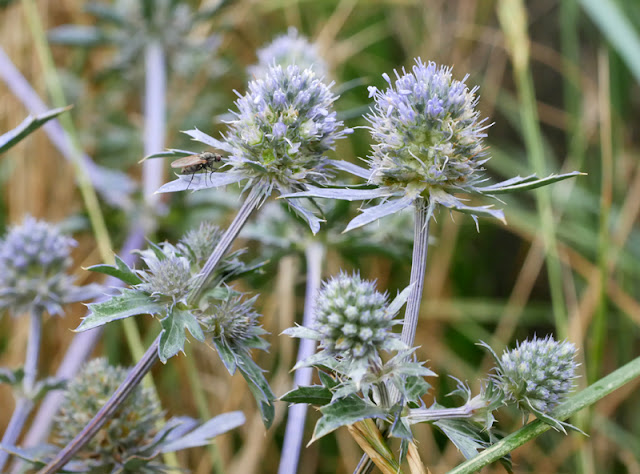 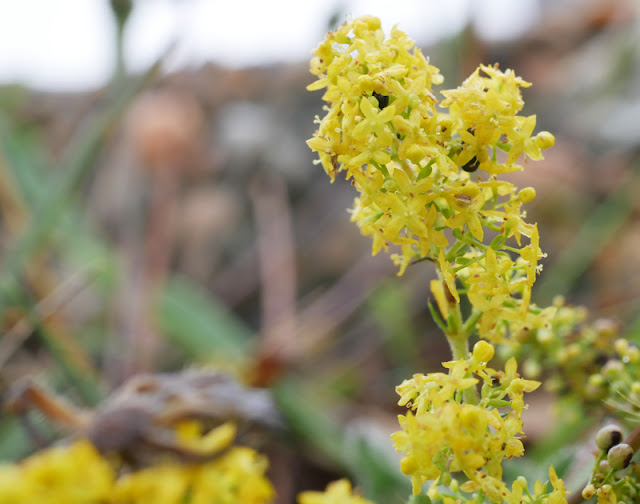 Here's the drab landscape at Littlestone on a wet day. The Eryngium planum can be seen bottom left. Some of the plants featured were found on the seaward side of this wall, though constant shingle moving by the Environment Agency every couple of years is having a huge adverse impact on coastal plants here. 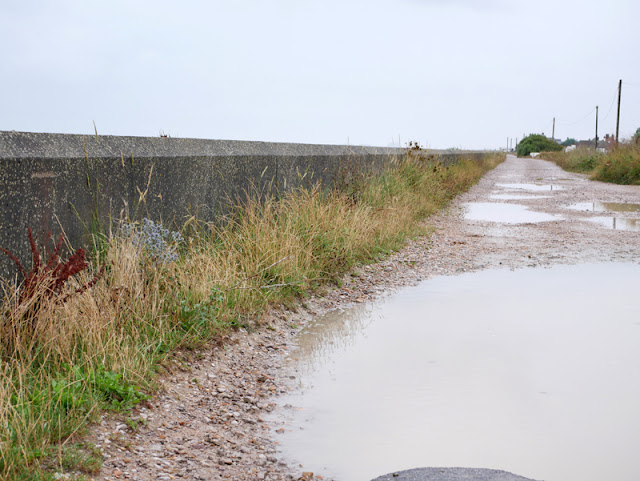 These photos were just some of the wildflowers seen in a few hours on the Kent coast along with an amazing new species, the Sea Heath. Wherever you go for a walk, have fun and take care.