- September 15, 2017
There is a lovely walk through this forest on a rectangular track with wide open paths between the trees. It is full of wildflowers and insects. The only down side is that it is also full of dog mess, so much so, you can taste it in the air on a still day.

Many of my photos this day were of the insects with a few plants as well. There are rafts of Common Fleabane, Purple Loosestrife, Red Bartsia, Eyebrights, and Scabious, it's a butterfly haven. In early June there are numerous Common Spotted Orchids as well. 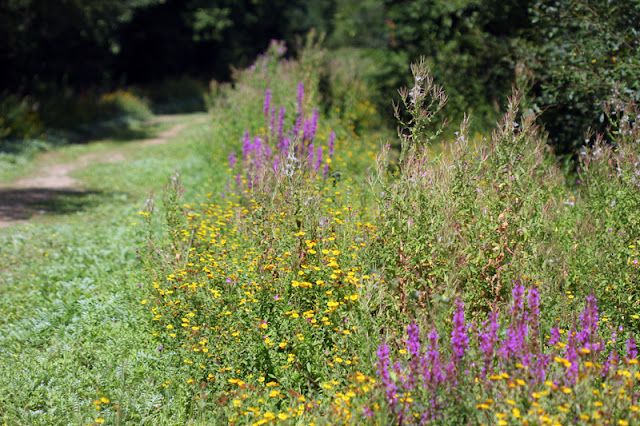 Brimstones were the most numerous butterfly this day. 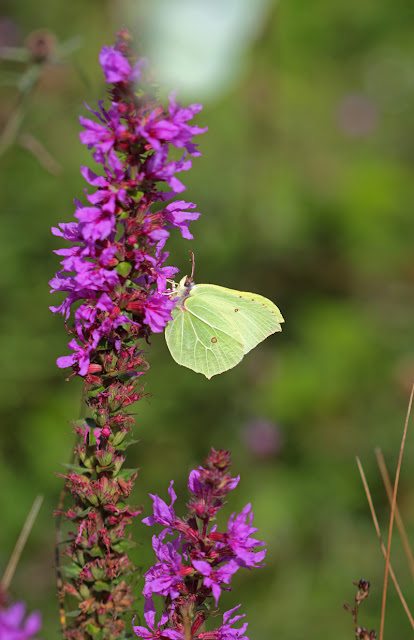 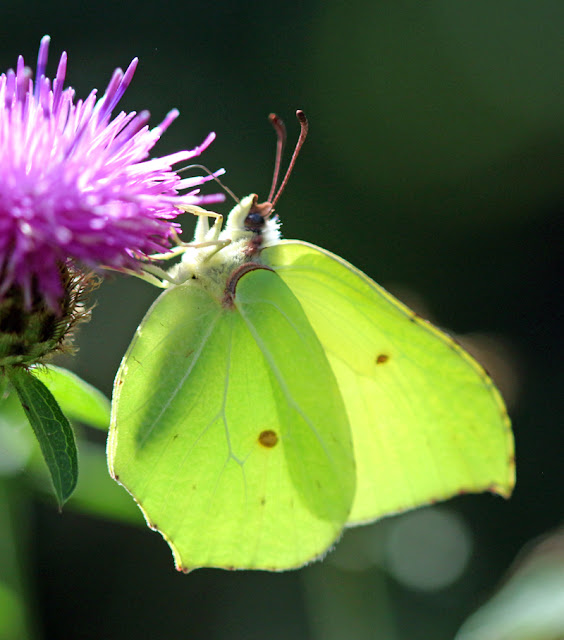 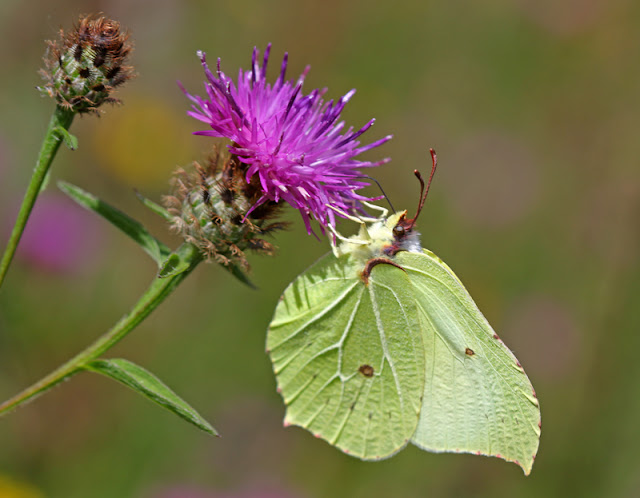 I had hoped one might be a Clouded Yellow, but I didn't see any. A few years back, the place was full of Clouded Yellows at this time of the year. I'll cheat here and put in photos of some taken here in 2013. 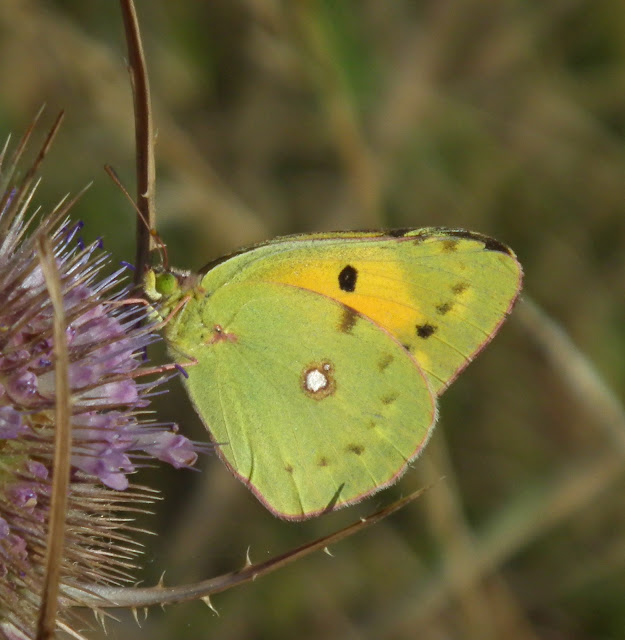 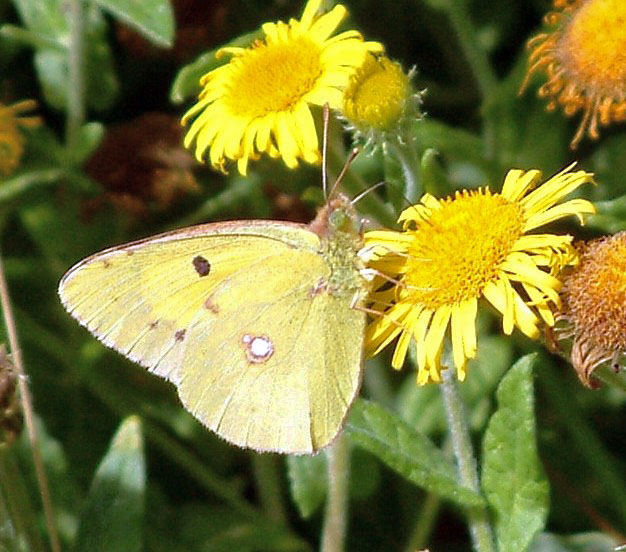 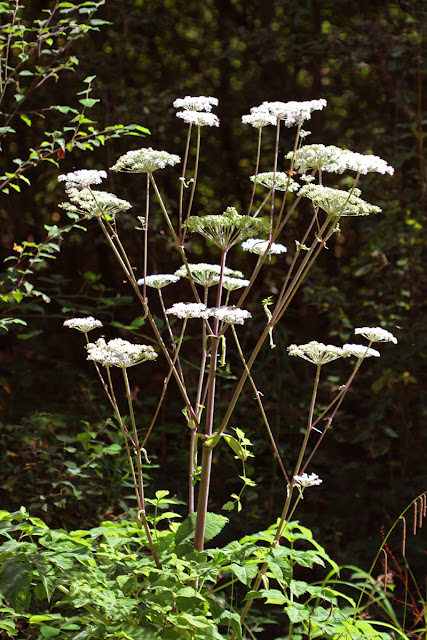 There were lots of Parsnip about as well. These are garden escapes that have naturalised in the wild and are now widespread. Wild Parsnip has plenty of hairs on both the  upper and lower sides of the leaves.

Across a water filled ditch I glompsed this Goldenrod. As this is a Kent RPR species, I took a photo and put in a record, not found here before. 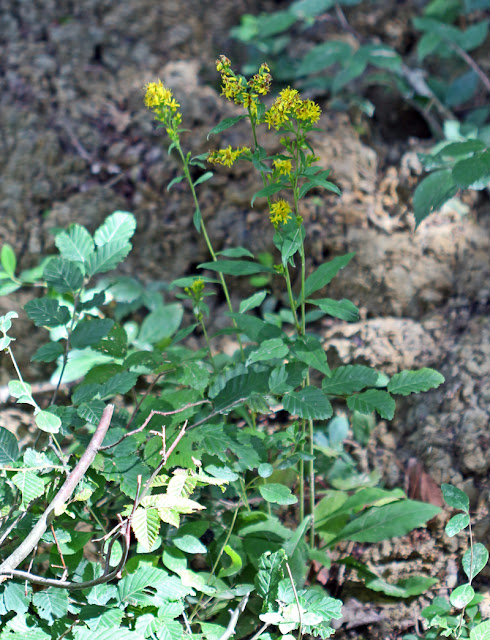 Dragonflies were particularly abundant as well, though nearly all were Common Darters, an occassional large Hawker species whizzed by. 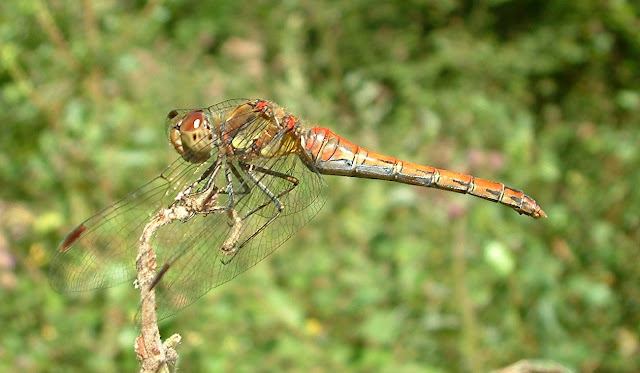 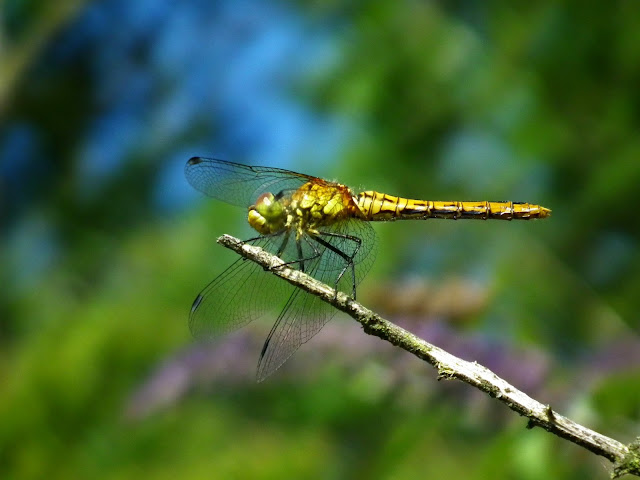 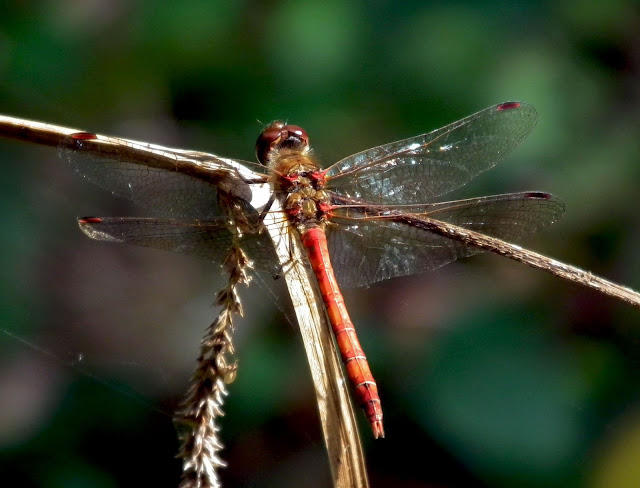 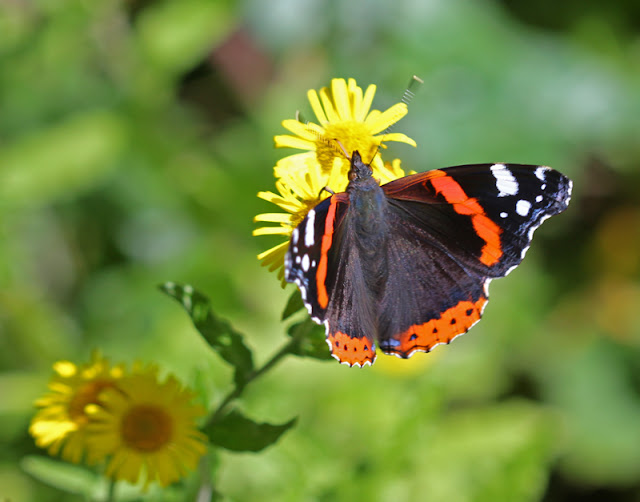 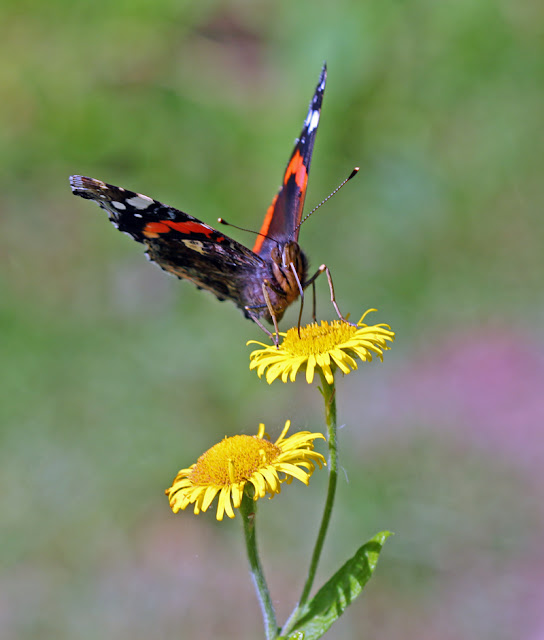 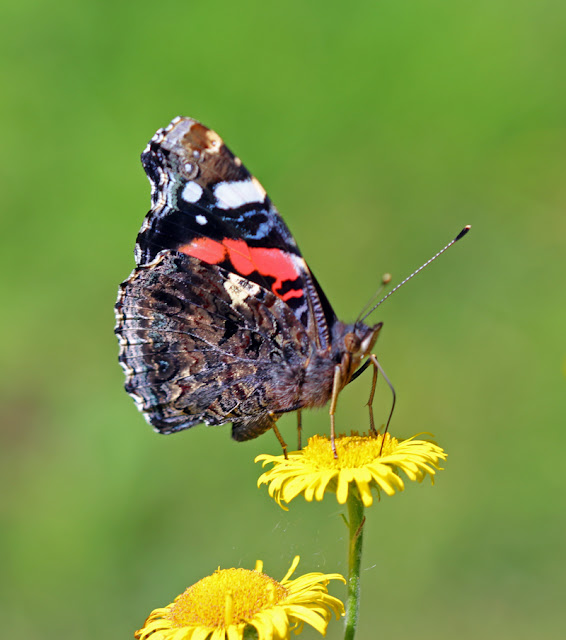 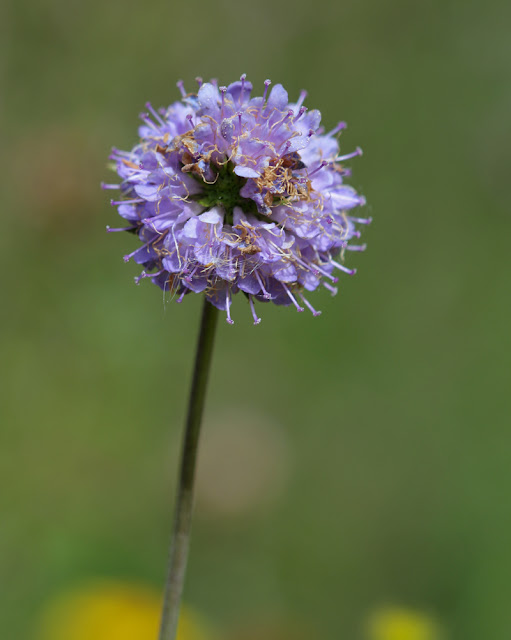 The first of hundreds of Devil's Bit Scabious were opening. By now they would all be in flower, attracting all sorts of pollinators.


Nearby I found a very small Centaury.  Common Centaury are frequent here and I thought it was another one but stunted. However, I was drawn to it by the much deeper pink of the flowers than usual so took a closer look. I was very pleased to have found some Lesser Centaury. This has no rosette on flowering, deep pink flowers and an elongated calyx, all different to Common Centaury. 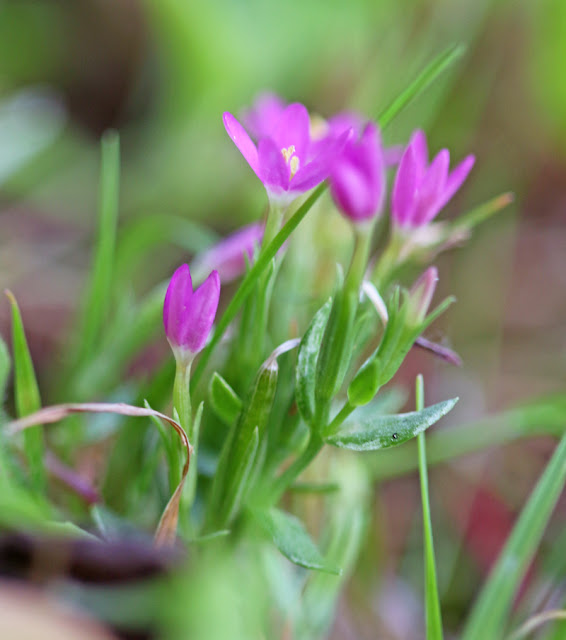 I couldn't get a better photo thanks to a large pile of dog mess near it! These people shouldn't own a dog if they can't look after them in a socially acceptable way. 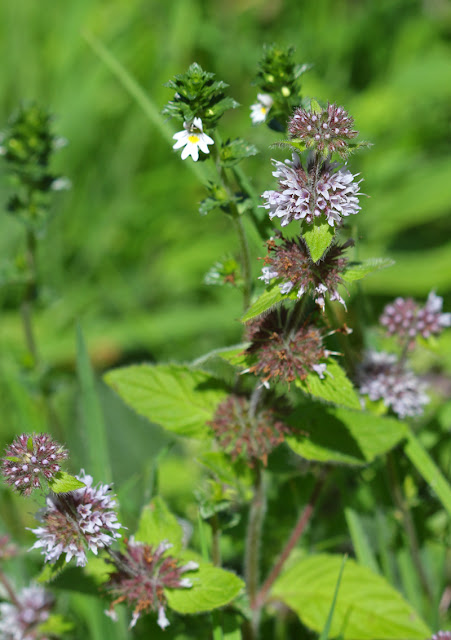 My final photo was of another new record for this area and a first for me.
It looks rather like Pennyroyal which is very rare in Kent, but it turned out to be a hybrid between Corn and Water Mint. 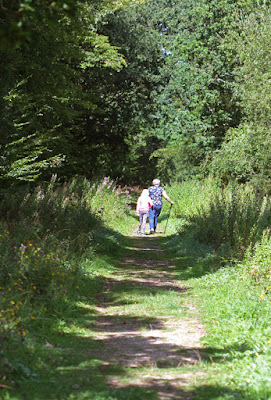 So if you're in the area, take a walk there, especially in late Spring to now. There's so many wildflowers and insects it's a joy to see.


Just watch out for dog mess. As usual I trod in some.