- September 09, 2017
I'd been to Vigo woods on the North downs many times as it's not far from home. In the Spring it's carpeted with native Bluebells and the scent is fantastic. On the Southern edge is the scarp of the Down with superb chalk grassland, where I had looked in vain for Autumn Lady's Tresses is years gone by.

As such, it came as a surprise to find there was a large colony of Violet Helleborines tucked away on a footpath in the woods that I had somehow missed on my previous visits. My thanks to Dawn and Jim (@jml2665) for the tip off.

It didn't take long to find them, though to the casual walker they would be easily missed in the deep shade of the woods. 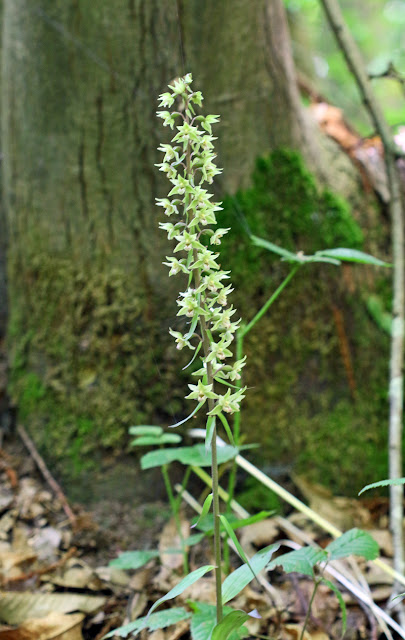 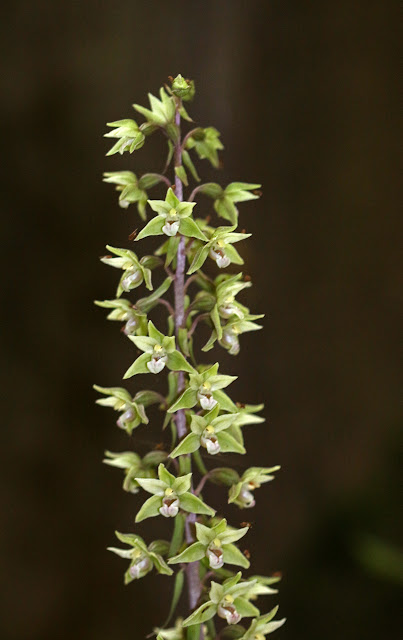 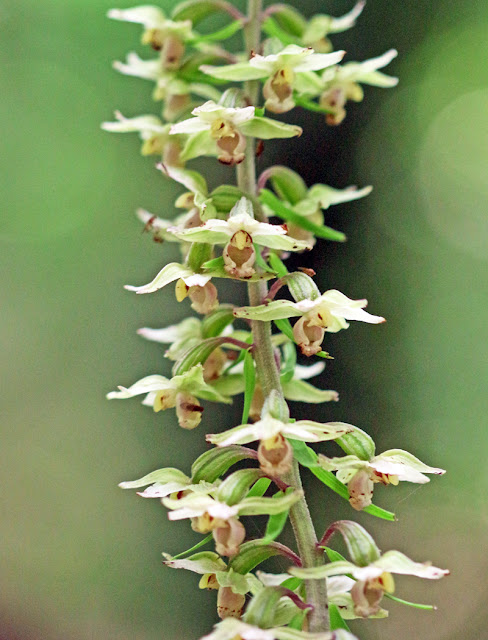 However, I had seen plenty of these in other North Kent locations, but Dawn and Jim has said there was a variant here lacking all colouring. I looked long and hard but never did find the tall plant they described. Instead, I found a second one, quite small and I only found it as I bent down to the ground to get a better view as I counted the plants.

As ever, they were in heavy shade and although I had a tripod, I forgot to take my ring flash, so the photos aren't brilliant, but good enough to show that this plant completely lacks any form of violet colouring, both to the flowers and the stems, very unusual.

I consulted Harrap's Orchids of Britain & Ireland but this form wasn't described. As such, I named it myself along the lines of other Epipactis variants like this as: 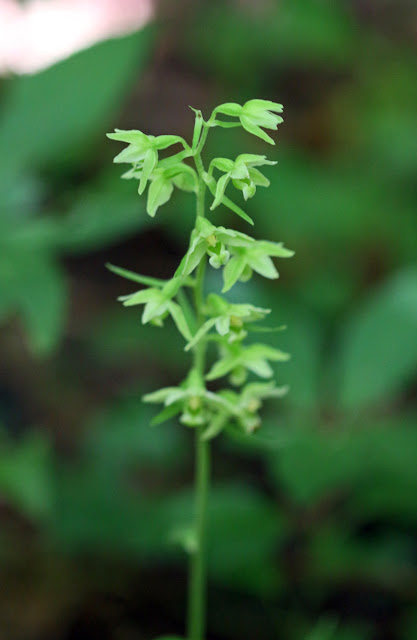 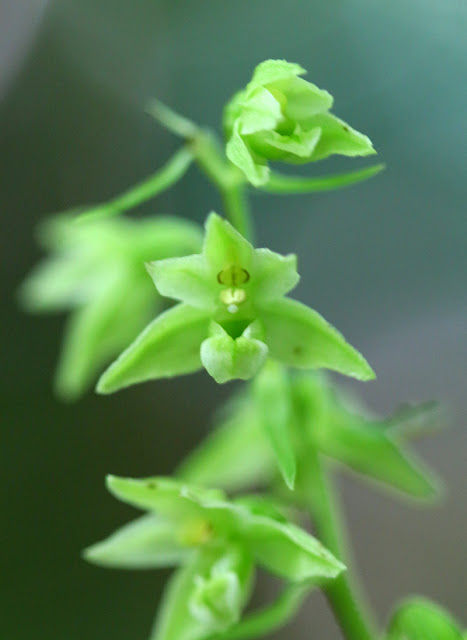 I counted (from memory) well over 100 flowering spikes of Violet Helleborine in about 100 yards of woodland. Amazingly, no-one had ever put in a botanical record for them, so I've done this for future generations to know. When Vigo expands (as it no doubt will), they can call the road that is built on these "Helleborine Way". Have you noticed how developers name roads on new estates after the very things they cut down to build them, or is it just me? For example, "The Beeches", "Tree Estate" Lake Estate (after they were infilled), Nightingale Close, and so on.


It was only a short visit and I finished the trip with a toadstool shot - Autumn is on its way now. 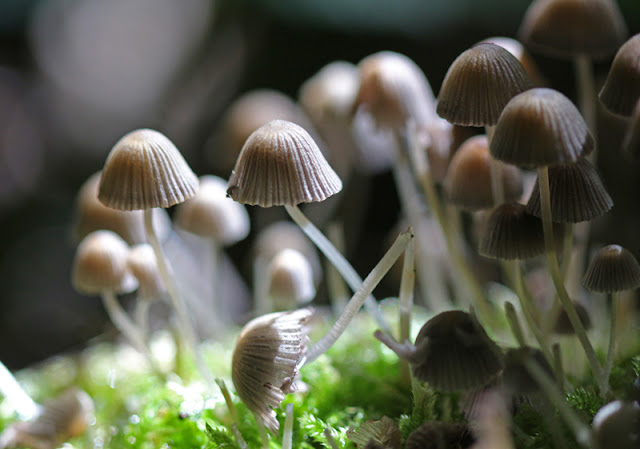