- September 15, 2017
This will be a very short blog as it's about just one plant, the Autumn Lady's Tresses, a diminutive wild orchid averaging 6-8" tall.

It comprises of a single stem or spike with tiny flowers spiralling up it. Beauty in miniature.
I usually have a walk to Littlestone Warren (also called Pirate Springs) were a few can be found but I called in at the green down the Avenue at Littlestone (with the canon) where some can usually be found if not mowed.

Not only were they numerous on the green but the grass verges of Madeira Road was stuffed full of flowering spikes, a wonderful sight. 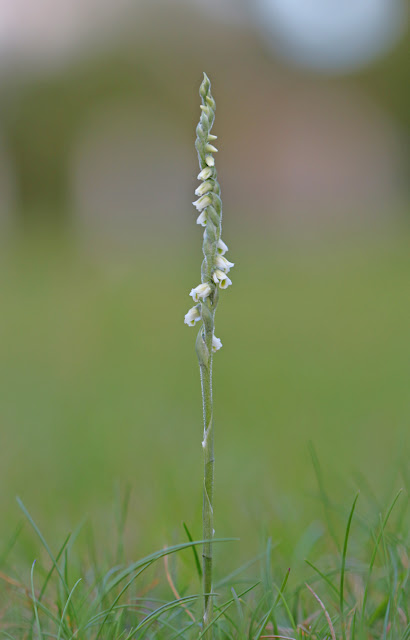 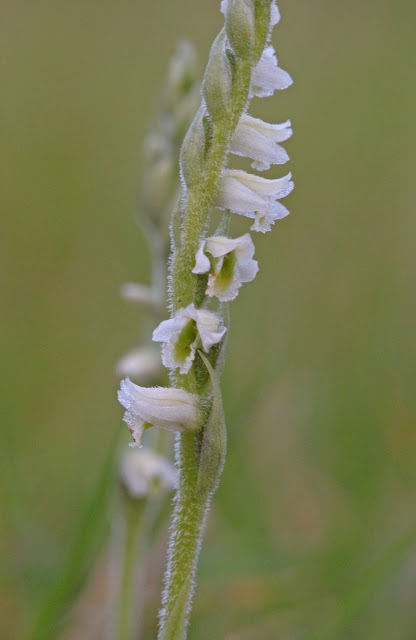 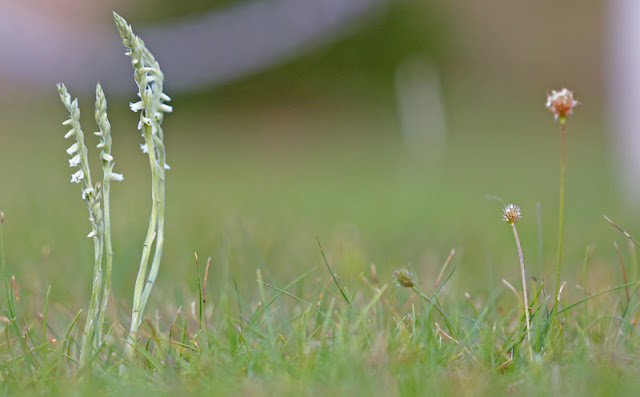 An encouraging footnote is that Shepway Council agreed to not mow Madeira Road verges for a while to let them grow and set seed. Thanks to Owen Leyshon, Romney Marsh Ranger, for liaising with them.

No more new UK orchid species to see now until 2018!