- May 12, 2019
While I am recovering from my operation, my travels are somewhat limited. As such, my recording trips are less arduous than normal and this one was on a flat country lane. However, it is surprising what can be found on foot, that are all completely missed by those whizzing past in their cars (me included normally).

Cuckooflowers are on their way out now for another year, so it was good to find an all white flowered form by the roadside. 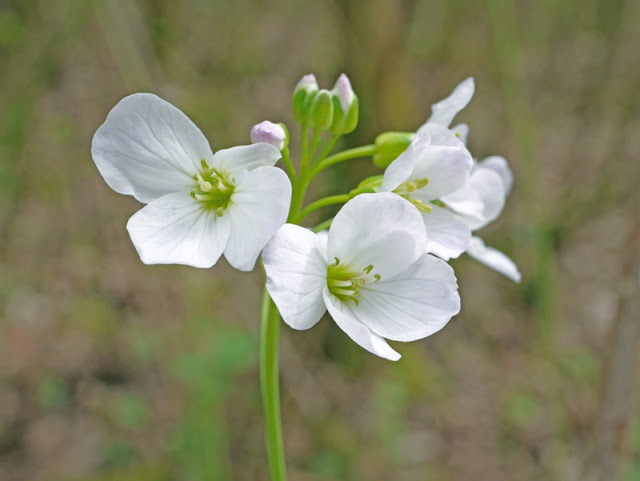 Wood Spurge don't only grow in woods. They are also found on some beaches, field edges and here by the roadside. The flowers look particularly bright and fresh at this time of the year. 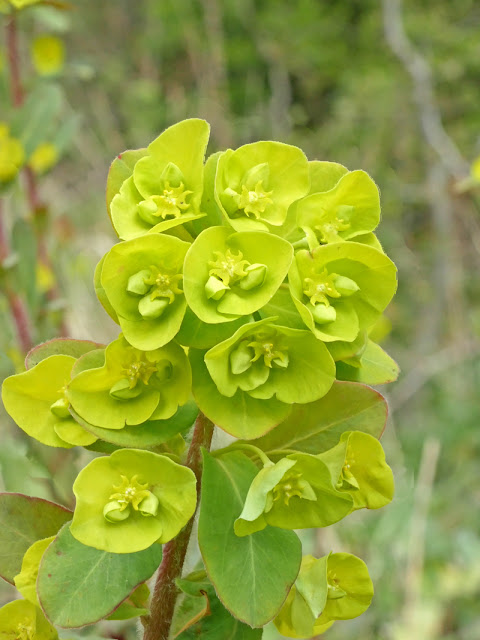 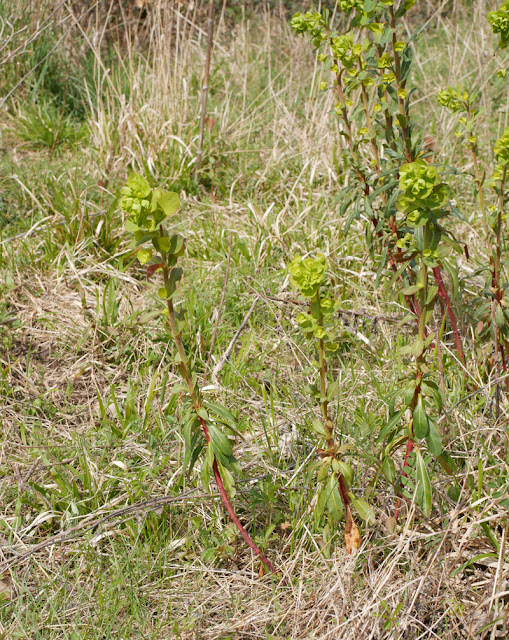 Herb Robert will now flower on into the winter months, but it is now when their flowers are the brightest pink. 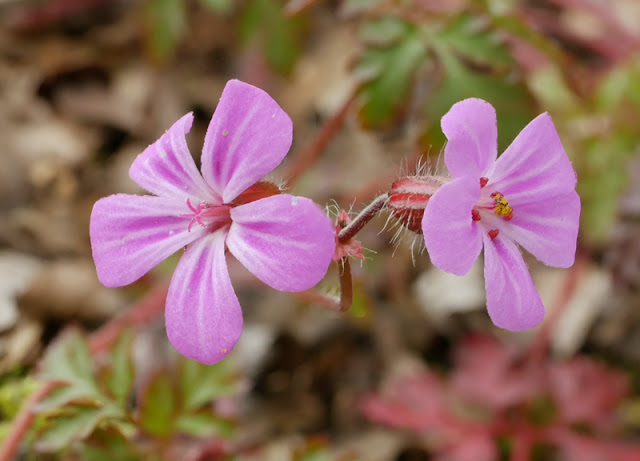 Spotted Medick can be found almost anywhere in much of Kent. Their leaves with the joined triangular dark blotches are eye catching, but look a bit closer and sometimes, under the leaves you may see the tiny yellow flowers that go with them. 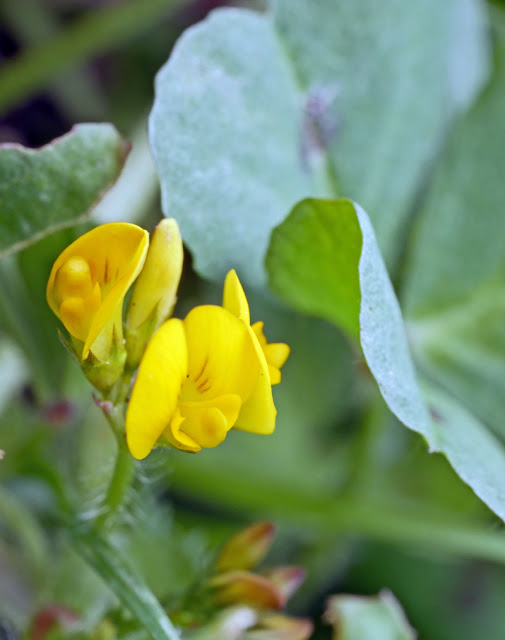 A Hogweed had come into flower earlier than most. This plant is a favourite for many beetles and flies. 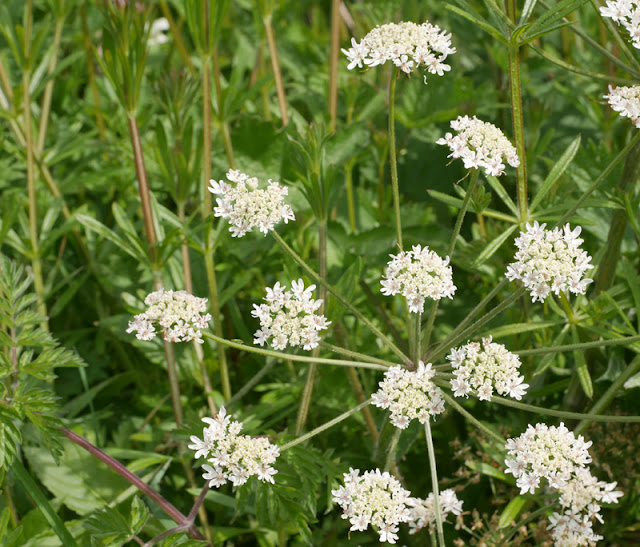 Tucked away by a farm gate leading into a meadow was a single Cowslip, though oddly I found no Primroses to complement them. 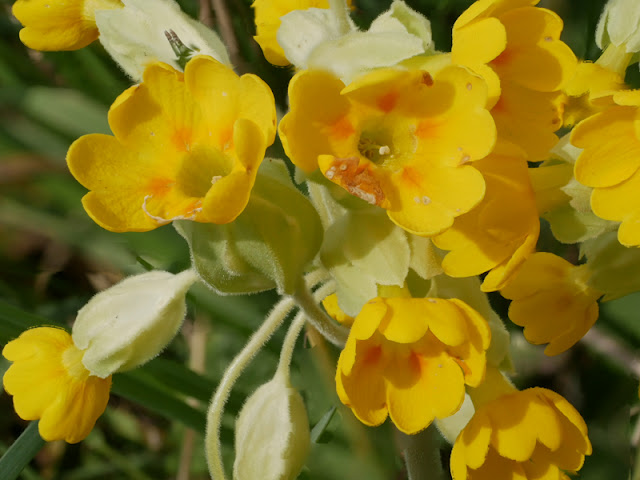 The Goldilocks Buttercup is one many people are unaware of. It grows in woods or shady, damp places and so they are often missed. Furthermore, they don't much like their petals and often drop one of more of them as soon as they open up. As such, I was very impressed with this find of "complete" flowers here, though virtually all of the rest in the patch were missing some petals. 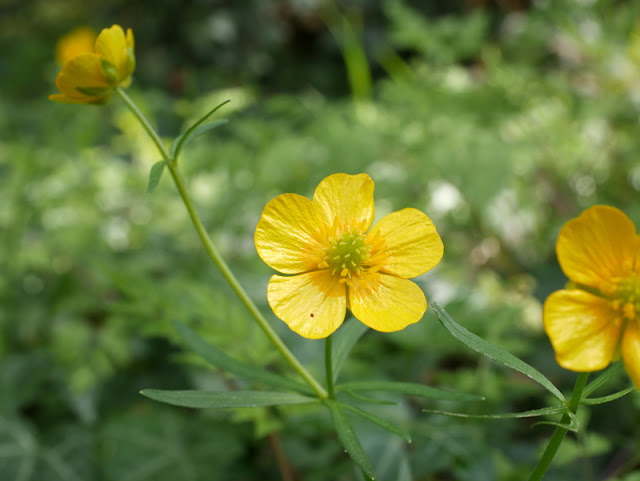 These have now been separated into numerous sub species in much the same way as Dandelions and Brambles have (Sell and Murrell's flora). As such, whenever I find them I record exactly where (using a GPS device), so that future botanists can find them to key them to a particular sub species - or indeed discover a new one! 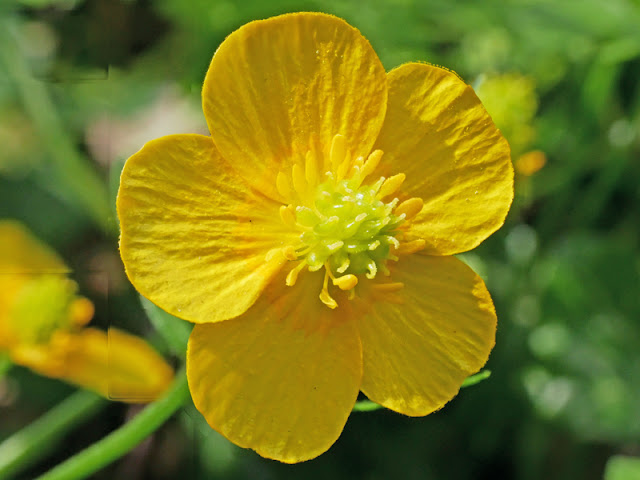 A small wood ran alongside one part of the road. Here were Bluebells, some going over Wood Anemones and a few beautiful yellow Archangels. 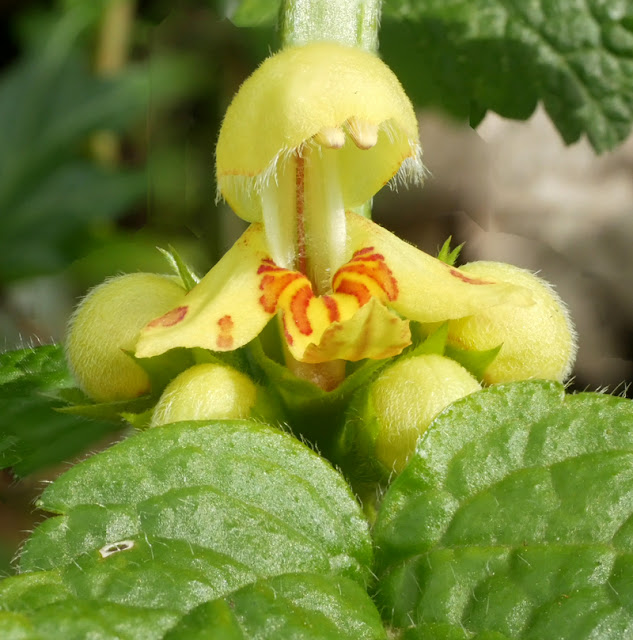 Of course, I've saved the best to last. Up until now, most of the plants above are very common, and species which one would expect to find on a short walk along a country lane. However I was over the moon when I spotted a tiny fern in the roadside grasses, that I recognised instantly as Adder's Tongue. 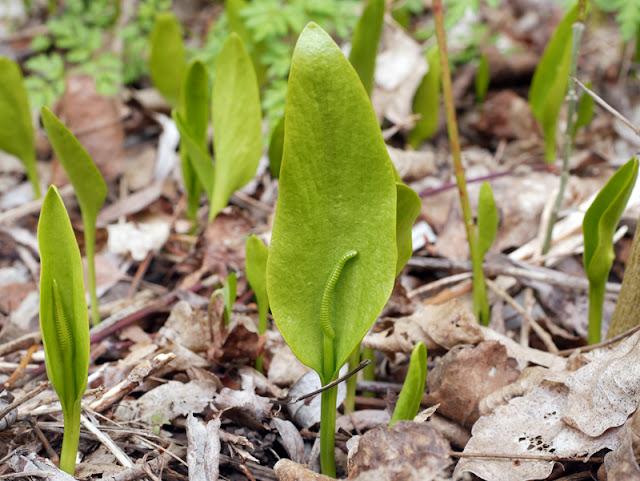 There were about 100 of them (probably an under statement) along several metres of grassy road verge. 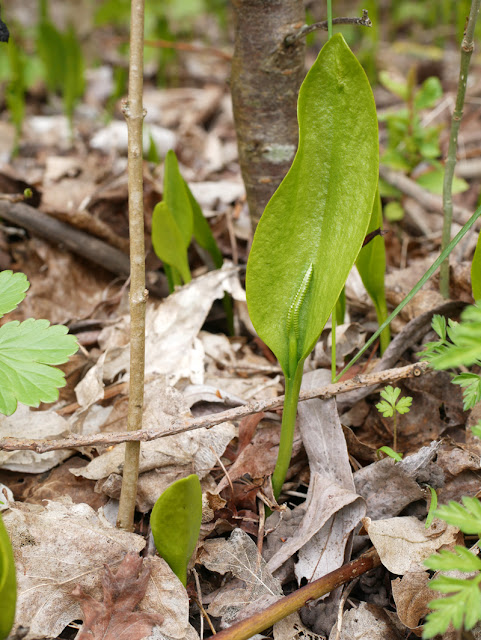 The final photograph is a habitat shot. 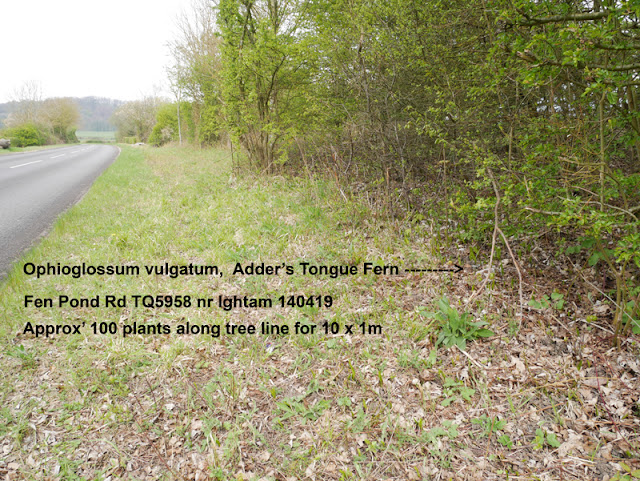 All in all, an enjoyable hour or so. I hope you liked it.